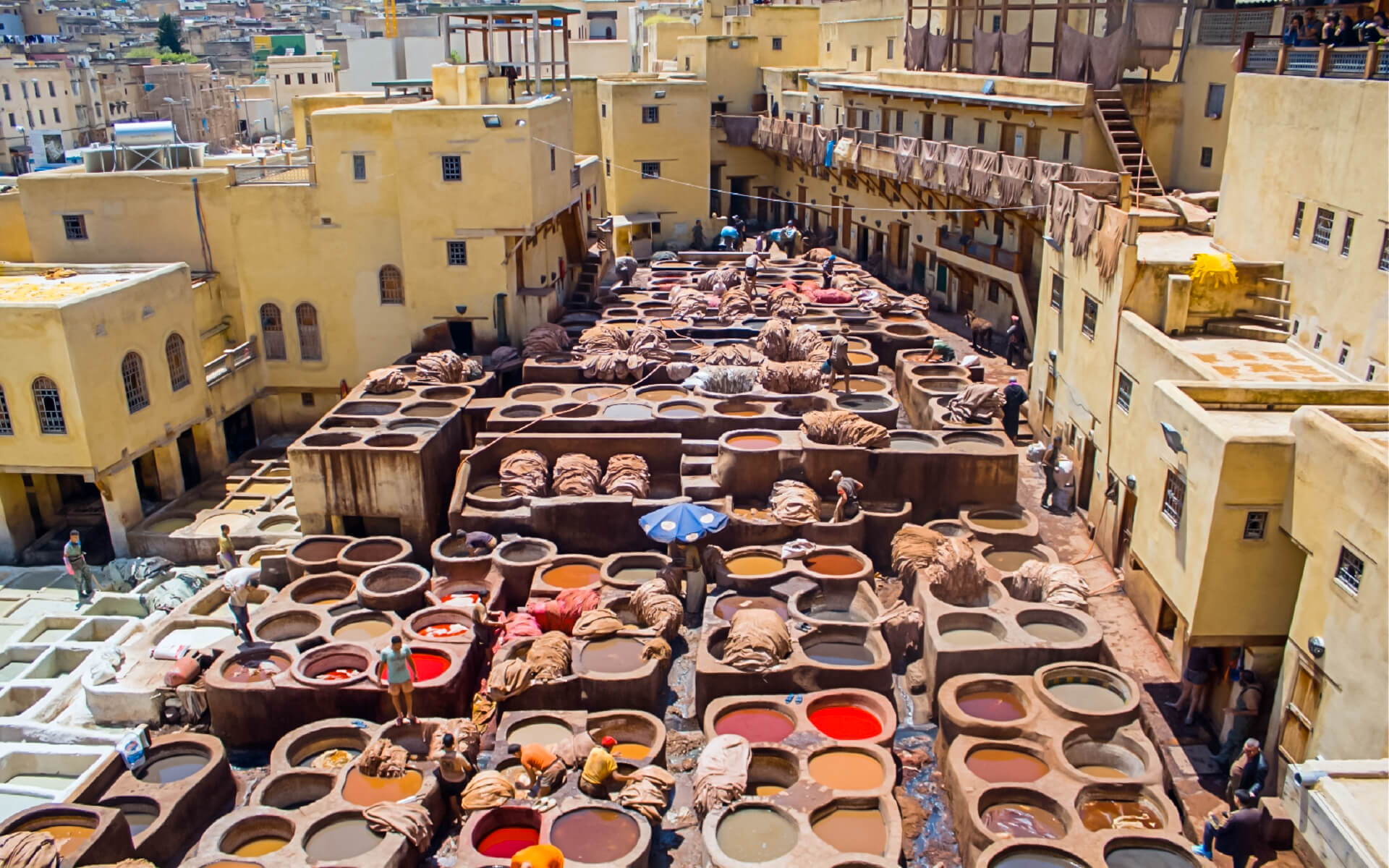 How To Travel To Fez

How To Get Around In Fez

Fès was the capital of modern Morocco until 1925, and it is currently the administrative center of the Fès-Meknès administrative area. Fes el Bali is the biggest of the city’s two historic medina sections. It is a World Heritage Site, and it is thought to be one of the world’s biggest urban pedestrian zones (car-free areas). The Institution of Al Quaraouiyine, established in 859, is the world’s oldest continually operating university. The city has been dubbed the “West’s Mecca” and the “Athens of Africa.”

Fez (فاس) (French: “Fès”) is a Moroccan city most known for housing the world’s oldest university, Qarawiyyin University. It has an old World Heritage-listed walled city, which many compare to Jerusalem’s walled city.

Fez is Morocco’s historic capital and a famous metropolis of high Islamic civilisation. The huge, labyrinthine medina of Fes el-Bali, which is also the world’s biggest car-free urban zone, is the best-preserved ancient city in the Arab world. Donkeys, carriages, and motorcycles are used to transport products.

Fez demands a complete mindset shift for a North American traveler, otherwise the journey will be quite stressful! Shopkeepers and tour guides are abrasive, and you’ll need to get accustomed to saying “no” often. They may, on the other hand, be genuine and nice even while attempting to sell you something, which is a concept that is foreign to North Americans, who believe that a commercial relationship is the polar opposite of honesty!

Women traveling alone may face harassment in Morocco, as they do abroad.

Mosques are closed to non-Muslims, although medersas are open to them (religious schools).

Bargaining is a centuries-old tradition that shows no signs of fading away. Moroccans barter for almost everything, with the exception of their utilities. Don’t trust anybody who tells you that prices are being “controlled” (which you will hear all the time). Every other souk advertises itself as a “Government Regulated Co-op.”

In the Ville Nouvelle, there is a solitary, true government-regulated fixed price store where all prices are listed, the items are of reasonable (though not exceptional) quality, and the sole bored cashier will just gaze at you blankly if you try to haggle with him. Request a ride to the “Artisana” from any hotel management or minicab driver. Artisanas sell only things manufactured by artists.

Fez, located near the Atlas Mountains, has a Mediterranean climate with a significant continental impact, with temperatures ranging from chilly and rainy in the winter to dry and scorching days between June and September. Annual rainfall might exceed 600 mm (24 in). In December–January, the average high temperature is just 15 degrees Celsius (59 degrees Fahrenheit). The city’s greatest and lowest recorded temperatures are 46.7 °C (116 °F) and 8.2 °C (17 °F), respectively. The climate of Fez is quite similar to that of Seville and Córdoba in Andalusia, Spain. Snowfall happens once every five years on average.

How To Travel To Fez

How To Get Around In Fez

Ignore travel recommendations that warn you that you will get disoriented in the medina and will need to hire a guide. One of the simplest methods to navigate is to take one of the red cabs to the closest gate (bab) and then stroll till you get your bearings....

Simply wandering around can reveal a tremendous lot! Get a shave in the medina; it's the cheapest everywhere, and the staff is really attentive, including clipping your hair. The multicolored leather-dying pits are located in the maze-like medina. Numerous little lads will volunteer to bring you there: only listen for the...

Things To Do In Fez

A visit to the medina is one of the most exciting activities in Fez (Old City). The medina is so intricate to traverse that it's often simpler to get lost in the hustle and bustle of the numerous marketplaces and then find your way out after you've had your...

The markets at Bab Boujeloud's'main' entrance (near Hotel Cascades) are brimming with delicious cuisine. It's worth walking among them and purchasing odd food items. Street food is typically inexpensive and safe. Restaurants, even inexpensive ones, may cost up to twice as much as street food, with the same quality....

Although some believe Fez to be Morocco's handcraft center, the quality and worth of its items might be hit or miss. Leather items, copper, and brassware are among the deals to be acquired, while drums and other musical instruments may also be found at reasonable costs. As a general estimate,...

In Fez, hotel bars make up almost all of the drinking facilities. The remainder are local pubs where ladies and anyone who do not speak Arabic well may feel uncomfortable. Prostitutes are common in both types of pubs, although they mainly avoid western tourists. Fes is a far more...

Fez is a secure city, but it is also quite busy. Take basic measures with your wallet, pocketbook, and other valuables. If you hear "Belek! Belek!" behind you, take a step back because a heavily-laden donkey is approaching! If you give the impression that you know where you're going,...