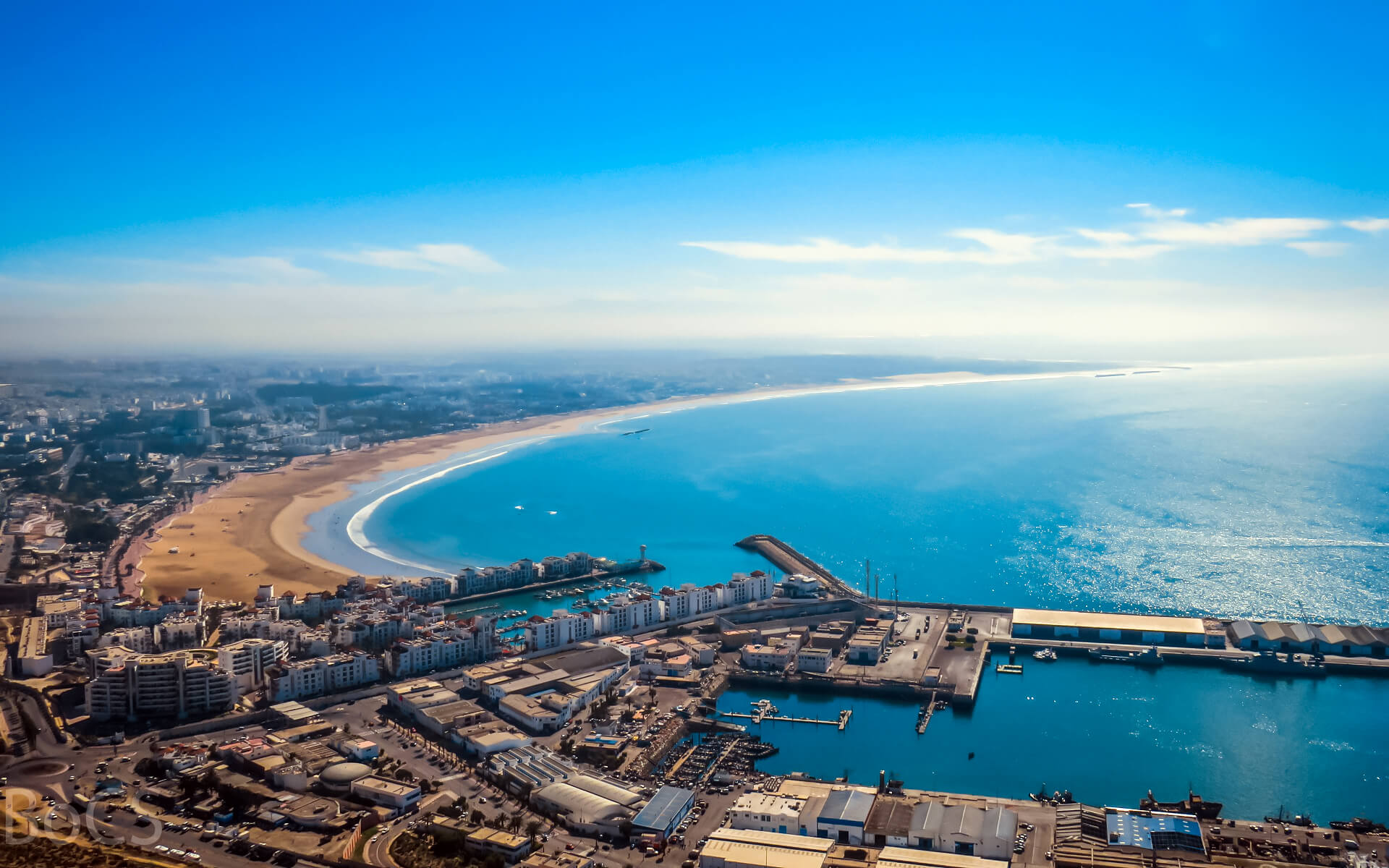 How To Travel To Agadir

How To Get Around In Agadir

Agadir is a significant Moroccan city on the Atlantic Ocean’s coast, at the foot of the Atlas Mountains, about north of the point where the Sous River runs into the sea, 508 kilometers south of Casablanca, 173 kilometers south of Essaouira, and 235 kilometers southwest of Marrakech. It is the capital of the Prefecture of Agadir-Ida Ou Tanane and the economic area of Souss-Massa. The bulk of its residents are Berbers who speak Tashelhit as their primary language.

Agadir is a prominent Moroccan city and the country’s seventh-largest conurbation, after Casablanca, Rabat, Fès, Marrakech, Meknes, and Tangier. There is a high population density.

Tashelhit (the majority’s native language), Moroccan Arabic, and French are the three languages spoken in the city.

The city was largely devastated by an earthquake in 1960, and it has since been rebuilt to strict seismic standards. It is presently Morocco’s biggest beach resort, with a relatively warm year-round climate attracting both international visitors and locals. It has been adequately serviced by low-cost airlines and a highway from Tangier since 2010. The city draws people from all walks of life; housing demand has grown at a pace of over 6% per year, while housing production has barely surpassed 3.4 percent.

It has become a popular “winter sun” resort for northern Europeans due to its moderate winter environment (average noon temperature 20.5 °C/69 °F in January) and nice beaches.

Agadir is a city in Morocco’s southern region. It is noteworthy for its position, since it is bordered by the Anti Atlas Mountains, the Sahara Desert, several natural parks, and quiet beaches, all of which are readily accessible from Agadir.

Agadir is predominantly a tourist destination, particularly popular with European vacationers. It has a beach with all the necessary beach-tourism amenities. The city is particularly beautiful since it is clean and organized, with really pleasant people.

Agadir’s climate is classified as subtropical-semiarid, with warm summers and moderate winters. Agadir, which is located on the Atlantic Ocean, has a relatively moderate temperature. The daytime temperature normally remains in the 20s °C (70s °F) throughout the year, with winter highs reaching 20.4 °C (70 °F) in December–January.

The yearly temperatures are quite comparable to those in Nairobi, Kenya, but with far less rainfall -about 10 inches annually – and less frigid mid-year evenings.

Occasionally, however, the area encounters Chergui winds from the Sahara, which may elevate the temperature to 40 °C for a few days (2–5).

Agadir’s economy relies mainly on tourism and fisheries. Agricultural activities are based around the city.

The city has a cement company called Ciments du Maroc (CIMAR), a subsidiary of the Italian group Italcementi which is in process of being transferred to a new plant 40 kilometres from the city. There is also a shipyard in the port and the only Merchant Marine school in Morocco.

How To Travel To Agadir

BY PLAIN Agadir-Al Massira Airport is located in Agadir, Morocco. Agadir has an international airport with direct scheduled flights from major European cities as well as many charter flights from all over the world. You'll have to change flights in Casablanca if you're travelling from the United States, Canada, Asia,...

How To Get Around In Agadir

The majority of Agadir's petit taxis are legitimate and utilize the taximeter (you can ask the driver to do it without any problems). If you go around the center, they will usually ask you for between 10 and 20 Dh.There are also few buses, however they are often overcrowded,...

Agadir's present conurbation is really made up of four communes: the former town of Agadir citythe urban commune of Anzathe rural town of Ben Sergao andthe rural town of Tikiwine NEW TALBORJT Talborjt is the name of the historic Talborjt district (meaning "small fort" in local Berber, in remembrance of the water...

Museum Municipal du Patrimoine Amazigh The museum has a modest collection of 18th and 19th century Berber artifacts such as antique Berber musical instruments, Berber jewelry, traditional attire, and old manuscripts. Museum Another museum may be found on the intersection of Avenue des F.A.R. and Avenue President Kennedy; the sign is removed,...

Things To Do In Agadir

Agadir is largely a vacation town with a small selection of attractions. Beach  The beach is the primary draw, since it is large, wind-free, and relatively uncrowded. At least in February, the beach is quite windy. Surfing Imesouane, Devils rock (between Tamragh and the settlements of Aourir and Taghazout), Anchor point, Cro-Cro, and...

Agadir is perhaps the least charming place in which to purchase traditional Moroccan handicrafts. The whole souk is centered on a large area behind the Uniprix (Blvd. Hassan II with Ave. Sidi Mohammed). Marché centrale is a concrete structure that houses several stores. It is also possible to enter...