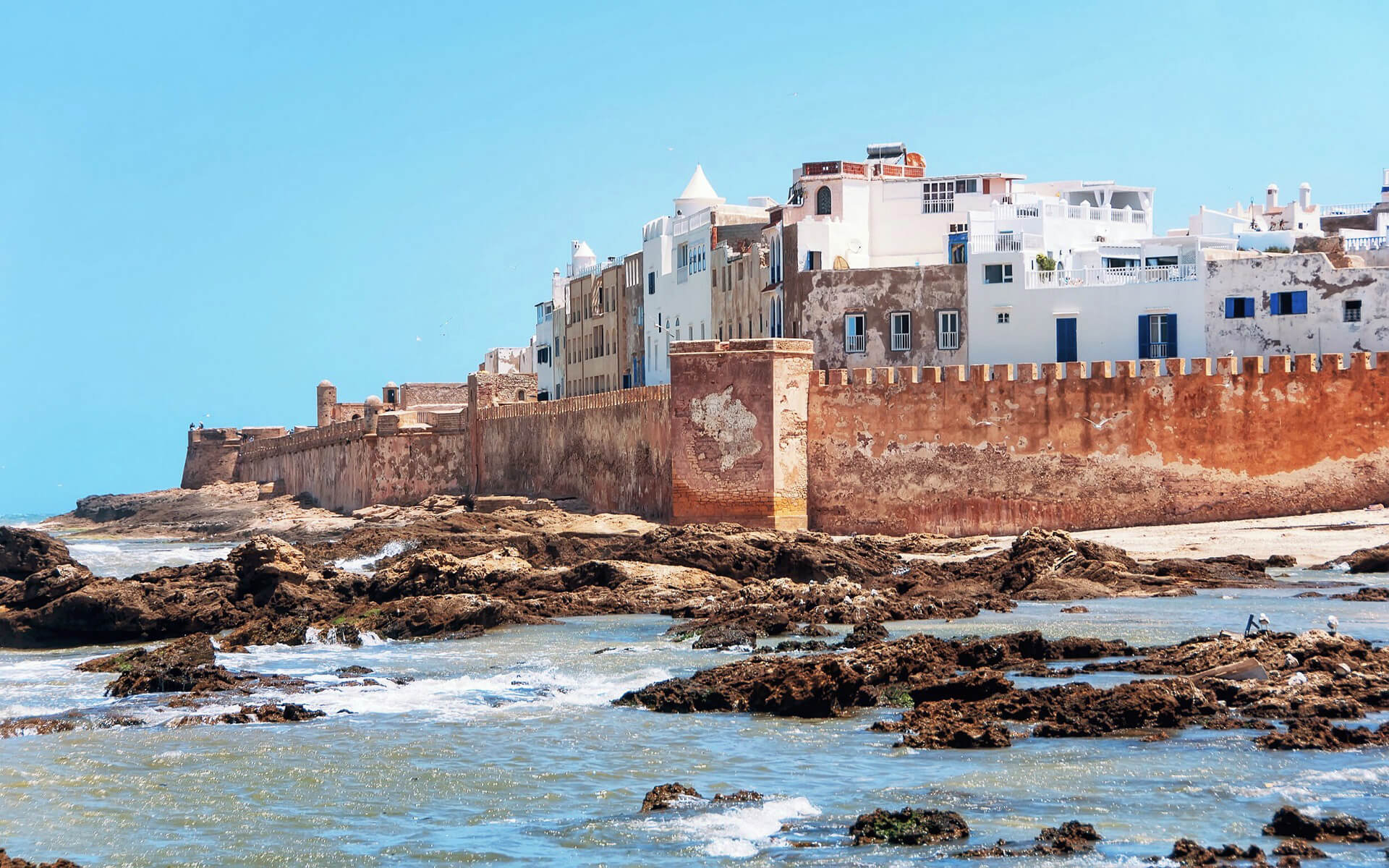 Essaouira, historically known as Mogador, is a city in western Morocco’s Marrakesh-Safi economic zone, on the Atlantic coast. The contemporary name refers to the city’s fortification walls, which still surround a portion of the city.

Essaouira is a Moroccan seaside city. In addition to the new town, it has a magnificent medina (old town) encircled by seawalls and city walls, created by a French architect in the 18th century, a harbor with a fish market, and a long beach with a variety of water sports. Jimi Hendrix and Cat Stevens both spent time here when it was a hippie hangout. Orson Welles shot part of his Othello in town, and there’s a plaza named after him west of the medina.

The climate of Essaouira is Mediterranean with maritime influences. The temperature difference between highs and lows is modest, and summers are pleasant while winters are moderate. Annual rainfall ranges from 300 to 500 millimetres (12 to 20 inches) and fluctuates year to year. The climate of Essaouira is similar to that of San Diego in California.

Essaouira is insulated from wave action by a natural harbour formed by the Iles Purpuraires. A large sandy beach continues south of Essaourira from the port, where the Oued Ksob empties into the sea; south of the discharge is the ancient ruin, the Bordj El Berod. The Canary Current is responsible for the overall southern migration of ocean circulation, which has resulted in improved local fisheries. Diabat is located around five kilometers (3.1 miles) south of Essaouira, just south of the Oued Ksob.

The N1 road links Essaouira to Safi to the north and Agadir to the south, while the R 207 road connects Essaouira to Marrakech to the east. There is a tiny airport about 7 to 8 kilometers (4 to 5 miles) from town that has several flights each week to Paris-Orly and daily flights to Casablanca.