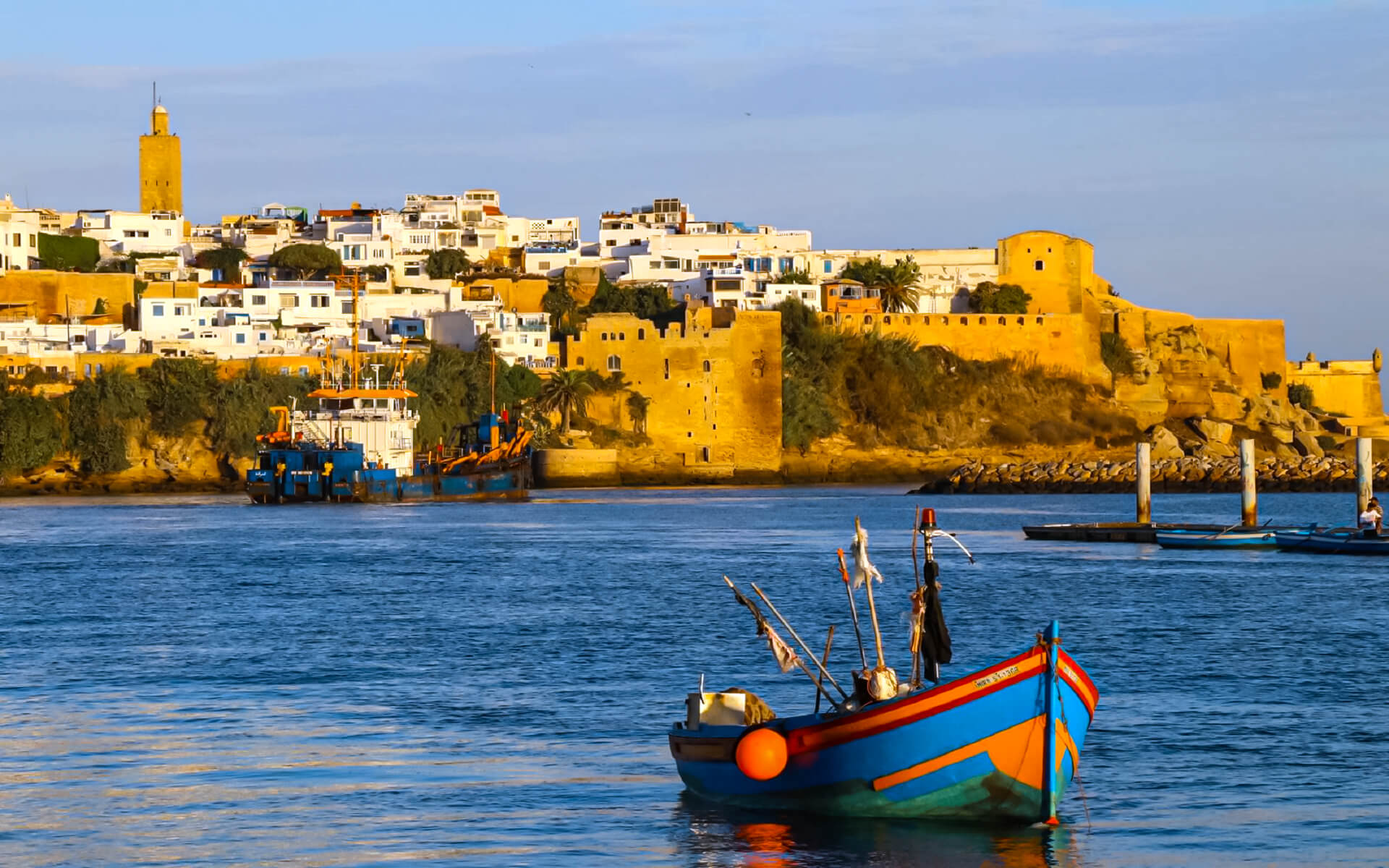 CNN rated the Moroccan capital second in its “Top Travel Destinations of 2013” list.

Rabat’s medina is a UNESCO World Heritage Site, and it is one of Morocco’s four Imperial capitals.

Rabat has a Mediterranean climate with a touch of the ocean.

Rabat, which is located on the Atlantic Ocean, has a pleasant, temperate climate that varies from chilly in the winter to hot in the summer.

Textile, food processing, and construction sectors are still strong in Rabat and Salé. Furthermore, tourism and the presence of all foreign embassies in Morocco contribute to Rabat’s status as one of the country’s most significant towns.

Rabat is serviced by all of Morocco’s mobile phone operators. The most frequent are Wana, Meditel, and Maroc Telecom. Mobile phones may be purchased at any of these stores’ counters, and the majority of them do not need calling plans. Instead, recharge cards with a phone number may be purchased at corner shops. When you contact that number, the corporation deducts the cost of the card from your account balance. If customers need more than one phone number, they may purchase several SIM cards and swap them in and out of the phone.

Internet cafés: There are cyber cafes all across the city where you may go online (not in residential neighborhoods though). The hourly rate is normally approximately 1€.

Wifi: Some restaurants, such as Bert’s or the Megamall food court, provide wifi access, which is normally reserved for the more “trendy” establishments. The railway station at Rabat-Ville also has free WiFi.

Mobile Internet: Phone providers provide mobile internet services that connect to your computer’s USB connection (currently, there are no mac-compatible devices.) These services are available without a contract and are recharged in the same way that a phone is.

BY PLAINThe Rabat International Airport is located in Salé, a neighbouring town. Rabat has minimal international connections, with the majority of tourists flying into neighboring Casablanca and then arriving by rail or bus in Rabat. There are daily flights between Rabat and Paris, France's capital. The airport itself is...

TramBetween Rabat and Salé, there are two lines. It costs just six MAD for a single usage and operates Monday through Sunday from 6 a.m. to 11 p.m. A tram runs every ten minutes throughout the week and every twenty minutes on Sunday. One station (Mohammed V - Gare...

Temara BeachTemara Beach, situated around fifteen kilometers (9 miles) south of Rabat, is a great beach for families searching for a place to unwind, explore, and have fun. At Temara, you may camp, stay in a luxury hotel, or explore the beach's immaculate swimming pool. The beach itself contains...

Kasbah of the Oudaias. The Kasbah is Rabat's oldest neighborhood. It has tiny alleys lined with adorable white and blue buildings, the Andalucian Gardens, and the Oudaias Museum, which is situated in a seventeenth-century castle. Additionally, there are spectacular views of the Atlantic Ocean.Hassan Tower and the Royal Mausoleum.  Old Medina.  Chellah. until...

Things To Do In Rabat

There are several activities available here, and as is the case with the majority of Moroccan towns, it is sufficient to just roam around and explore wherever anything catches your interest.Additionally, there is a huge and calm park next to the Hotel Sofitel, where guests may exercise and play...

Cafe Maure (In the Kasbah Oudaia). An wonderful café with a view of the sea, where you may sip mint tea and enjoy delicious pastries. The staff is really pleasant, and you are welcome to remain as long as you like to absorb the ambience.Patisserie La Comedie on Mohammad V. Fancy pastries....

Rue des Consuls is a pleasant location to stroll. This street is so called because before 1912, foreign diplomats were forced to dwell here. At the time, the area's primary business was piracy and the capture of slaves, who were subsequently auctioned. They were to be redeemed via a contract...

Amnesia, 18, Rue Monastir. Dress up if you like partying; this is Rabat's hippest club.Upstairs, 8, Avenue Michlifen. Agdal's Irish/English themed bar. Because it is not a men-only establishment, women will feel at ease here. The menu features traditional pub fare, as well as vegetarian alternatives. A pint of beer will set you...

Rabat is regarded as a secure city. Simply apply common sense: don't flaunt big amounts of cash, avoid unknown and abandoned places at night, and avoid wearing costly jewelry or seeming showy. Keep an eye on your pockets if you're walking through the Medina's bustling streets or on the...