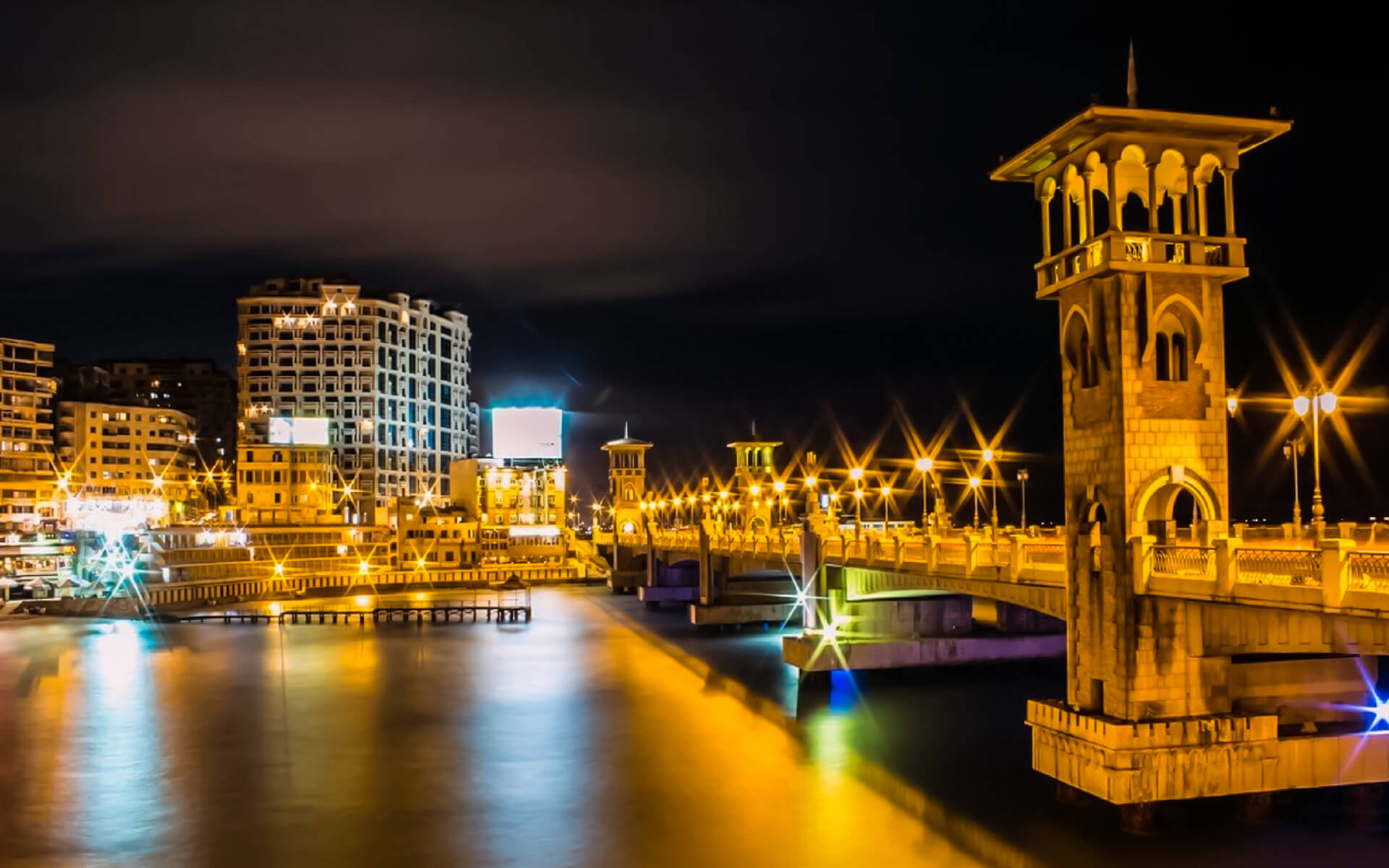 Alexandria is Egypt’s second biggest city and a key commercial hub, stretching 32 kilometers (20 miles) along the Mediterranean Sea coast in the country’s north central region. It is very susceptible to rising sea levels due to its low height in the Nile delta. Alexandria is Egypt’s busiest seaport, handling around 80% of the country’s imports and exports. Because of its natural gas and oil pipelines from Suez, it is a major industrial hub. Alexandria is a popular tourist attraction as well.

Alexander the Great established Alexandria around a minor Ancient Egyptian settlement circa 331 BC. It grew to be an important hub of Hellenistic civilisation, and it served as the capital of Hellenistic, Roman, and Byzantine Egypt for about 1000 years, until the Muslim conquest of Egypt in AD 641, when a new capital was established at Fustat (later absorbed into Cairo).

Hellenistic The Lighthouse of Alexandria (Pharos), one of the Seven Wonders of the Ancient World, Alexandria’s Great Library (the greatest in the ancient world; now replaced by a contemporary one), and the Necropolis, one of the Seven Wonders of the Middle Ages, are among the city’s most famous attractions. After Rome, Alexandria was the second most powerful city in the ancient world. The ongoing marine archaeology in Alexandria’s port, which started in 1994, is uncovering information about Alexandria both before Alexander’s arrival and throughout the Ptolemaic dynasty, when a city called Rhacotis existed there.

Alexandria became a significant hub of international shipping and one of the world’s most important commercial capitals in the late 18th century, owing to the easy overland link between the Mediterranean Sea and the Red Sea, as well as the profitable Egyptian cotton trade.

Due to its public and private beaches, rich history, and museums, particularly the Bibliotheca Alexandrina, based on restoring the ancientLibrary of Alexandria, Alexandria is a popular summer resort and tourist destination.

Alexandria has a hot desert climate that approaches semi-aridity (BSh), although unlike the rest of Egypt’s northern coast, the city is protected from the desert hinterland by the prevailing north breeze that blows over the Mediterranean.

The wettest locations in Egypt are Rafah and Alexandria; the other wettest places are Rosetta, Baltim, Kafr el-Dawwar, and Mersa Matruh. The Mediterranean Sea influences the city’s climate, lowering temperatures and creating variably wet winters and fairly hot summers that may be highly humid at times.

During the colder months, Alexandria is subjected to intense storms, rain, and sometimes sleet and hail; these phenomena, along with an inadequate drainage system, have resulted in floods throughout the city. With an average daily maximum temperature of 30 °C (86 °F), July and August are the warmest and driest months of the year. The average yearly rainfall is roughly 200 mm (7.9 in), however it has reached 417 mm on rare occasions (16.4 in).

BY PLAINEl Nouzha Airport, Alexandria's primary airport, offers a limited number of domestic flights and reasonably wide service to destinations around the Middle East. However, the sole link to Europe is via Athens. The airport is located 8 kilometers (5 miles) south of the city. A cab ride should...

You can travel pretty much everywhere in Alexandria by taking the local transport accessible along the Corniche.BY TAXIThe city's yellow and black cabs are a convenient and inexpensive method to get around Alexandria. However, taxis will almost always refuse to utilize meters (the prices haven't changed in years), and drivers...

Historical monumentsCitadel of Qaitbay, Ras el-Tin (yellow tram #25),  +20 3-4809144. 9AM-4PM. The stronghold, which overlooks the Mediterranean Sea and the city itself, is one of the city's emblems and is situated in a lovely position. Built in 1477 AD by Mameluke Sultan Abdul-Nasser Qa'it Bay, it has been demolished and rebuilt thrice since...

Alexandria is well-known for having some of the country's greatest seafood restaurants.BudgetIf you want to dine affordably in Alexandria, seek out establishments frequented by locals. Bear in mind that, due to Egypt's low health inspections, you should exercise caution at the majority of these restaurants if your immune...

BarsVisitors to today's Alexandria sometimes grumble that it's difficult to locate a nice drinking establishment, despite the fact that the city had a labyrinth of pubs and nightclubs 50 years ago.Spitfire Bar, Sa'ad Zaghloul St. Despite its prominent placement on the corner of a square on this bustling street, it's easy...

Numerous Alexandria festivities are religious in nature. They have a number of festivals and festivities that demonstrate their fervent faith in the deity they serve. Apart from religious festivals, they also have secular festivities like as public holidays and other occasions to showcase their vibrant culture and customs.You Belong,...