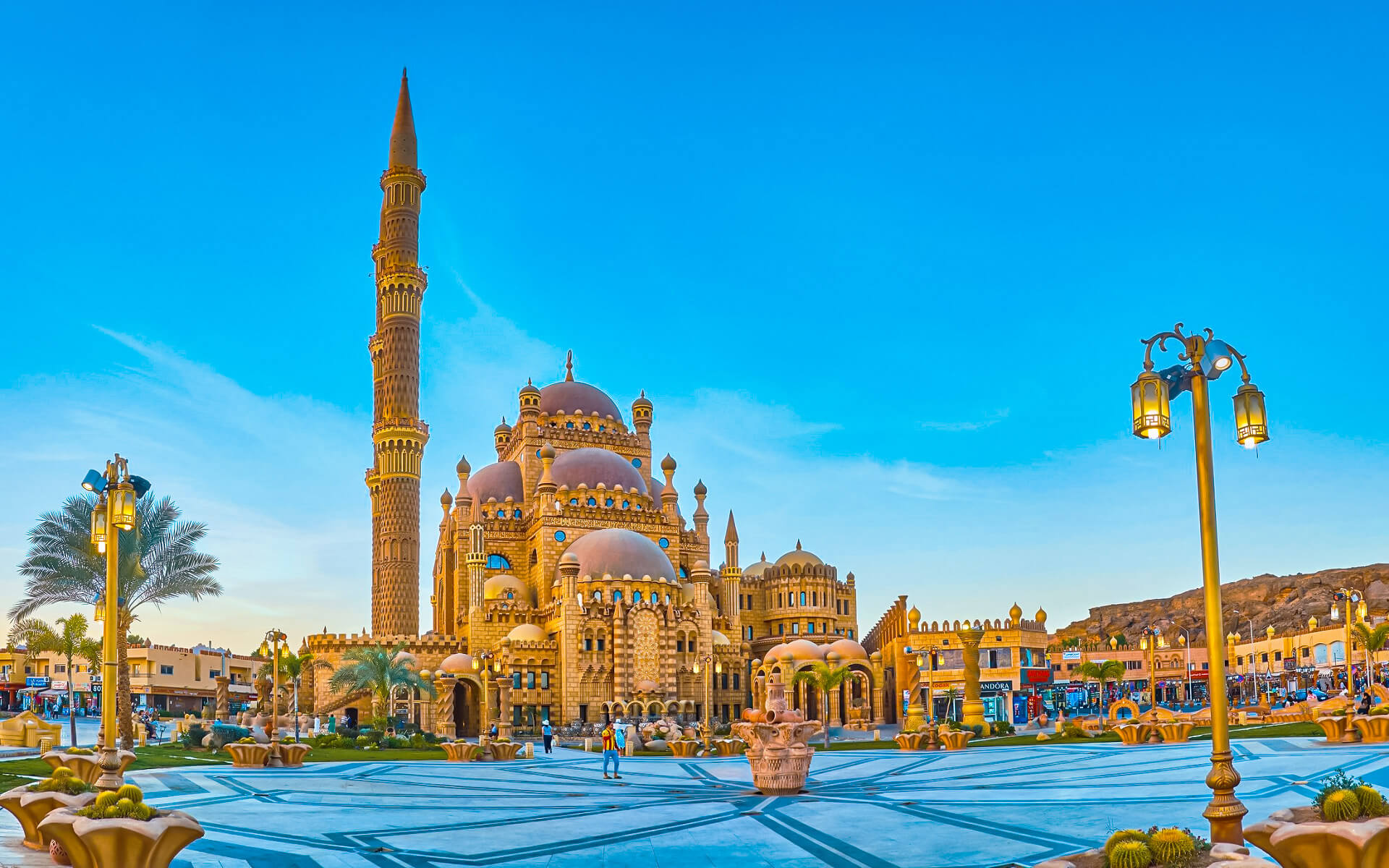 Sharm El Sheikh is a city on Egypt’s Red Sea coast, located on the southern point of the Sinai Peninsula in the South Sinai Governorate. As of 2015, it has a population of about 73,000 people. Sharm el-Sheikh serves as the administrative center for Egypt’s South Sinai Governorate, which encompasses the smaller coastal cities of Dahab and Nuweiba, as well as the rocky interior, St. Catherine’s Monastery, and Mount Sinai.

Sharm El Sheikh is one of the Arab world’s most famous tourist attractions. However, if you are not a typical tourist who spends their days lying on the beach, there are some compelling reasons to come. It is one of the world’s best diving places, and a trek into the desert is a once-in-a-lifetime experience.

Sharm El Sheikh (also known as Sharm ash Shaykh and simply “Sharm”) is a well-known port and resort town in Egypt’s Sinai Peninsula, popular with package tourists and divers. On any given day, around 9,000 British visitors visit Sharm. Until the Arab Spring and the resulting instability and fighting in Sinai and the rest of Egypt, numbers had doubled in the past three years and were poised to continue rising despite the global economic condition.

Sharm El Sheikh is one of the Arab world’s most famous tourist attractions. However, if you are not a typical tourist who spends their days lying on the beach, there are some compelling reasons to come. It is one of the world’s best diving places, and a trek into the desert is a once-in-a-lifetime experience.

The Sinai Peninsula is a desert mountain range in the middle of nothing. A flat desert strip separates the jagged mountains from the vast blue sea. This magnificent vista of desert and sea makes you feel as if you’ve arrived on another planet.

Sharm El Sheikh was a modest fishing community with roughly 100 Bedouin residents about 40 years ago. When Israel annexed Sinai in 1967, Sharm el-Sheikh began to grow as a tourist destination (like the rest of the peninsula). Following the conclusion of a peace deal between the two nations, Israelis withdrew Sinai between 1979 and 1982. The Egyptians have been continuing the construction of Sharm where the Israelis left off since the 1980s. Sharm’s population expanded from 100 to 10,000 people. There is currently a pleasant promenade, a Hard Rock Cafe, and one of Egypt’s most advanced hospitals, among other things.

The towns and resorts of Marsa Alam, Kosseir, and Sharm el-Sheikh have the hottest winter night temperatures in Egypt.

Sharm El Sheikh used to be a port, but due to tough environmental restrictions enacted in the 1990s, commercial shipping has declined dramatically. Until 1982, Sharm El Sheikh, on the northern tip of Marsa Bareka, had just a military port. The Sharem-al-Maya Bay became the city’s principal yacht and service port in the mid-1980s, kicking off the civilian port development.

Due to its stunning environment, year-round dry climate with lengthy hot summers and pleasant winters, and vast lengths of natural beaches, Sharm el-main Sheikh’s economy is international and local tourism. For the majority of the year, its waters are clean and tranquil, making it ideal for a variety of activities, including recreational scuba diving and snorkeling. With 250 distinct coral reefs and 1000 different fish species, there is plenty of opportunity for scientific tourism.

These natural riches, along with the region’s closeness to European tourist markets, have fueled the region’s present strong tourism expansion. From three resorts in 1982 to ninety-one in 2000, the overall number of resorts has expanded dramatically. During that time, the number of guest nights climbed from sixteen thousand to 5.1 million. Hyatt Regency, Accor, Marriott, Le Méridien, Four Seasons, and Ritz-Carlton are among the three to five star hotels that have been enticed to invest in this city. The first aqua park hotel resort opened in the neighborhood in 2007. With a total area of 133,905 square meters, the four-star Aqua Blu Sharm Resort was erected on the Ras Om El Seid (1,441,340 sq ft).

Many international political and economic gatherings, including peace conferences, ministerial meetings, World Bank meetings, and Arab League meetings, have been hosted in Sharm, which is situated along Peace Road. The Maritim Sharm el-Sheikh International Congress Centre can accommodate up to 4,700 people for events and congresses.

Sharm El-nightlife Sheikh’s is sophisticated and established. A favorite sight is the colorful handcraft stalls of the native Bedouin culture. Ras Mohammed, on the peninsula’s southernmost point, has been classified as a national park, with the goal of protecting the area’s animals, natural terrain, beach, and coral reef. A number of international hotels and well-known restaurants are located around Naama Bay, the city’s heart, with golf courses and other recreational opportunities farther up the coast.

Travel to Sharm El Sheikh from the EU and the US does not need a visa if the stay is for fewer than fourteen days, while individuals traveling beyond the Sinai region may require a visa, which may be purchased for a modest cost on arrival.

Visitors should be informed that when they arrive at the airport after landing, they will almost certainly be sent to a line to purchase a visa.

On October 31, 2015, Metrojet Flight 9268 crashed while travelling from Sharm El Sheikh to Saint Petersburg. From November 5, 2015, British and Russian visitors were forced to return home.

The city's entertainment and eating scene is concentrated around the Na'ama Bay area, which contains the majority of Sharm's clubs, cafés, restaurants, and boutiques. Na'ama Bay is located around halfway between Sharm Airport and the Old City, about a ten-minute drive from either. While microbuses are available from downtown,...

January FestivalsCoptic Christmas is a religious celebration that takes place around the beginning of January. During the festival, there will be colorful parades, music concerts, and theatrical performances centered on religious themes. The Islamic New Year, which falls in January, commemorates Mohammed's journey from Mecca to Medina.February FestivalsUnion Day...