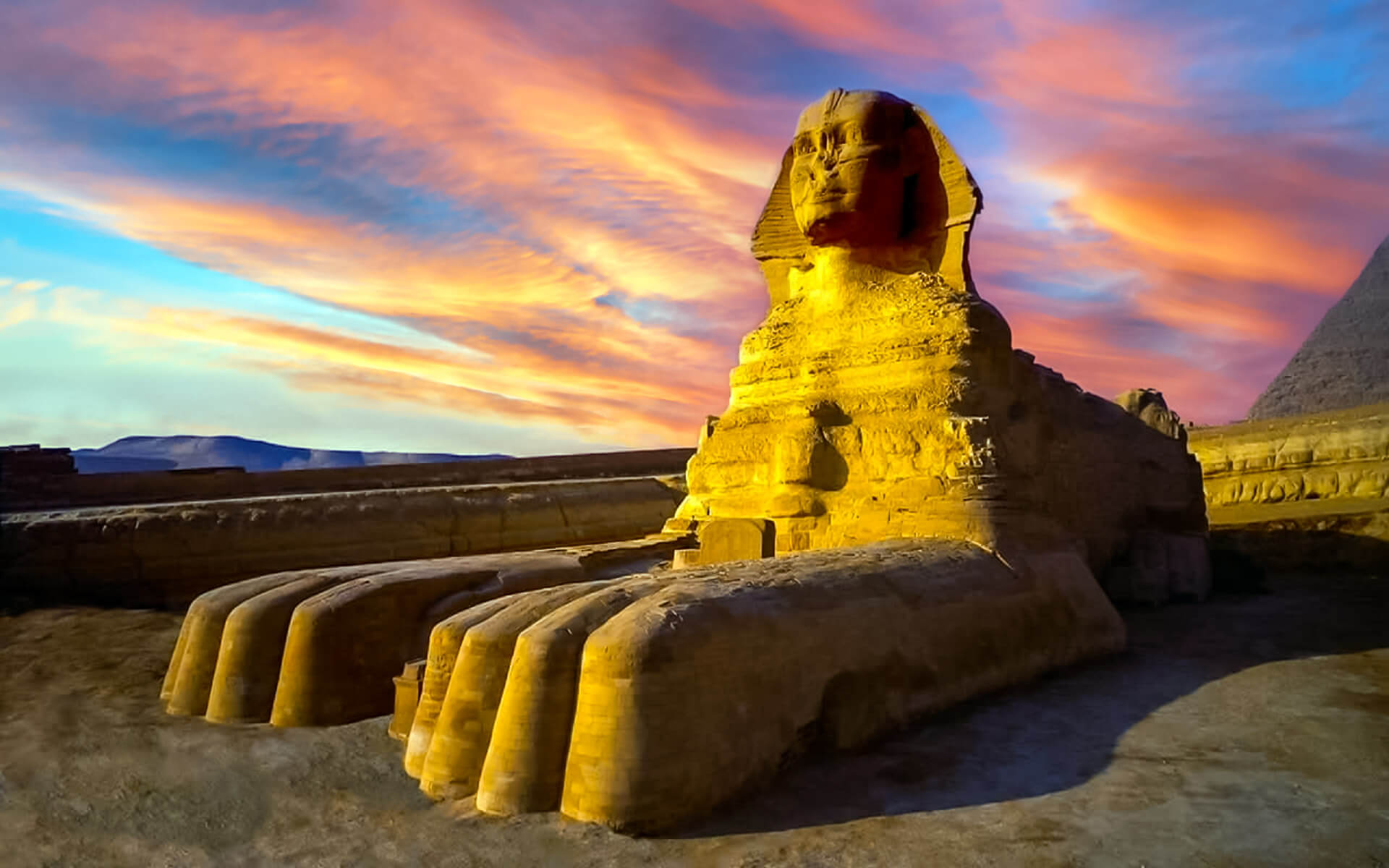 Giza is Egypt’s third-largest metropolis. It’s 20 kilometers (12.43 miles) southwest of Cairo, on the west bank of the Nile. The five cities of Greater Cairo are Cairo Governorate, Shubra El-Kheima, Helwan, 6th October City, and Obour. Giza is the capital of the Giza Governorate and is situated on the governorate’s northeast boundary in coordinates. It is situated on the banks of the Nile River. In the 2006 national census, the city had a population of 2,681,863, while the governorate had a population of 6,272,571. It was the world’s second biggest suburb in 2006, tied with Incheon, South Korea, and Quezon City, Philippines, and second only to Yokohama, Japan, due to its high population.

The Prime Meridian, a reference point used to determine a base longitude, was formerly proposed to be located at the Great Pyramid of Giza (1884).

Beyond downtown Cairo, the city of Giza is noteworthy as a supplementary – and increasingly popular – alternative for tourists seeking food, lodging, and entertainment. The majority of these services are situated along the main thoroughfare in the area, Pyramids Road.

The Grand Museum of Egypt (the competition-winning design designed by an Irish architectural team headed by Shih-Fu Peng), the long-awaited principal successor for the long-standing Egyptian Museum in Midan Tahrir, will ultimately be built on the desert plateau of Giza, near to the Pyramids. The project is expected to be completed in 2015.

All of Giza’s noteworthy attractions are focused on the Giza Plateau, which is located at the end of Pyramids Road. Some visitors are surprised to see the top of a Pyramid come up above the golden arches of a McDonalds with an Arabic sign as they walk down a street in Giza; your imagination of pyramids coming up out of an empty desert may differ from reality.

There are two ticket offices: one at the main entrance and the other near Sphinx in the Plateau’s eastern section. If you take the second one early in the morning, you will escape the throng and have the opportunity to visit the Sphinx region alone and in peace. The entrance fee to the site is LE 60, with the Pyramid of Menkaure costing another LE 30 and the Great Pyramid of Khufu costing another LE 100. Student IDs will come in helpful, since they will get you a 50% discount. The inside of the pyramids is hot, humid, and claustrophobic, with steep, dusty corridors that are difficult to navigate, and individuals with heart or lung problems or a physical disability should avoid them. At any one moment, only two of the three pyramids are exposed to the public, while the third is being rebuilt, and they alternate every two years. It may, however, be an intriguing and informative experience for those prepared to withstand these circumstances. Seeing the inside walls and passageways of the pyramids firsthand heightens one’s understanding for the monumental task that the architects of these ancient monuments undertook. Cameras are not permitted within the pyramids. Visiting the Pyramid of Menkaure is a very comparable experience to visiting the greater pyramid, however it is much less expensive.

The Egyptian Supreme Council of Antiquities closes them to the public at least one at a time for conservation and repair procedures, therefore not all of the Pyramids are equally accessible for interior research.

Climbing the Pyramids, which was once a famous tourist attraction, is now both illegal and highly hazardous; numerous travelers have died while trying it. Some Pyramid guards have been known to turn a blind eye in exchange for baksheesh in less-frequented places, although this practice is highly discouraged since it has a detrimental influence on the pyramids. At night, however, it is very simple to get access to the Giza complex, and Khufu’s Great Pyramid may be scaled rather simply from the South-West corner. This is, however, still hazardous and unlawful.

Arrive to the Pyramids as soon as they open, since tour bus traffic and (in the summer) the heat rapidly overcrowd the sights, making it impossible to properly appreciate them.

Outside of the gate checks, do not offer your ticket to anybody. You’ll need to present it to get through the metal detectors at the Pyramids and Sphinx areas, as well as to enter the Pyramid if you want to pay for it. Many people will approach you and claim (true or false?) to work for the government, then ask to see/grab the ticket, take it, and attempt to start a tour for you. Don’t assume they’re legitimate simply because they’re doing it in front of the cops. They want to quickly explain things and then want a gratuity. Don’t give up your ticket, and don’t be scared to speak out and decline a tip. If you wish to take a tour, the better ones may be arranged ahead of time and will provide you with more precise information about what you’re viewing. (One of their favorite hiding spots is among the tombs outside the Great Pyramid.)

Giza has a hot desert environment similar to an arid climate. Because of its closeness to Cairo, it has a climate similar to that of Cairo. During the months of March and April, wind storms are common in Egypt, bringing Saharan dust into the city. In the winter, high temperatures vary from 16 °C (61 °F) to 20 °C (68 °F), with overnight lows below 7 °C (45 °F). Summer highs are about 40 degrees Celsius (104 degrees Fahrenheit), with lows around 20 degrees Celsius (68 degrees Fahrenheit). Rain is uncommon in Giza, while snow and cold temperatures are uncommon.

All of Giza's noteworthy attractions are focused on the Giza Plateau, which is located at the end of Pyramids Road. Some people are taken aback when they go along a street in Giza and witness the top of a Pyramid rise over the golden arches of a McDonald's with...

The Giza Pyramids, Egypt's largest tourist attraction, draw millions of visitors each year. They also draw a significant number of the most determined opportunists from a long distance away. Report any harassment by camel drivers or tourist touts to the black-uniformed (or white-uniformed in the summer) Tourist Police immediately,...