At these most bizarre airports in the world, the journey itself is far more interesting than the destination itself.

In the mysterious area known as “Area 51”, the US Secret Air Force has an airport. It is called “Domestic Airport”. Area 51 is part of the military testing in Nevada, and because of its remoteness and very small population, various secret prototypes of aircraft and drones are developed and tested here. Conspiracy theorists say that UFOs that have fallen to the earth are kept at this location.

Airport only in April 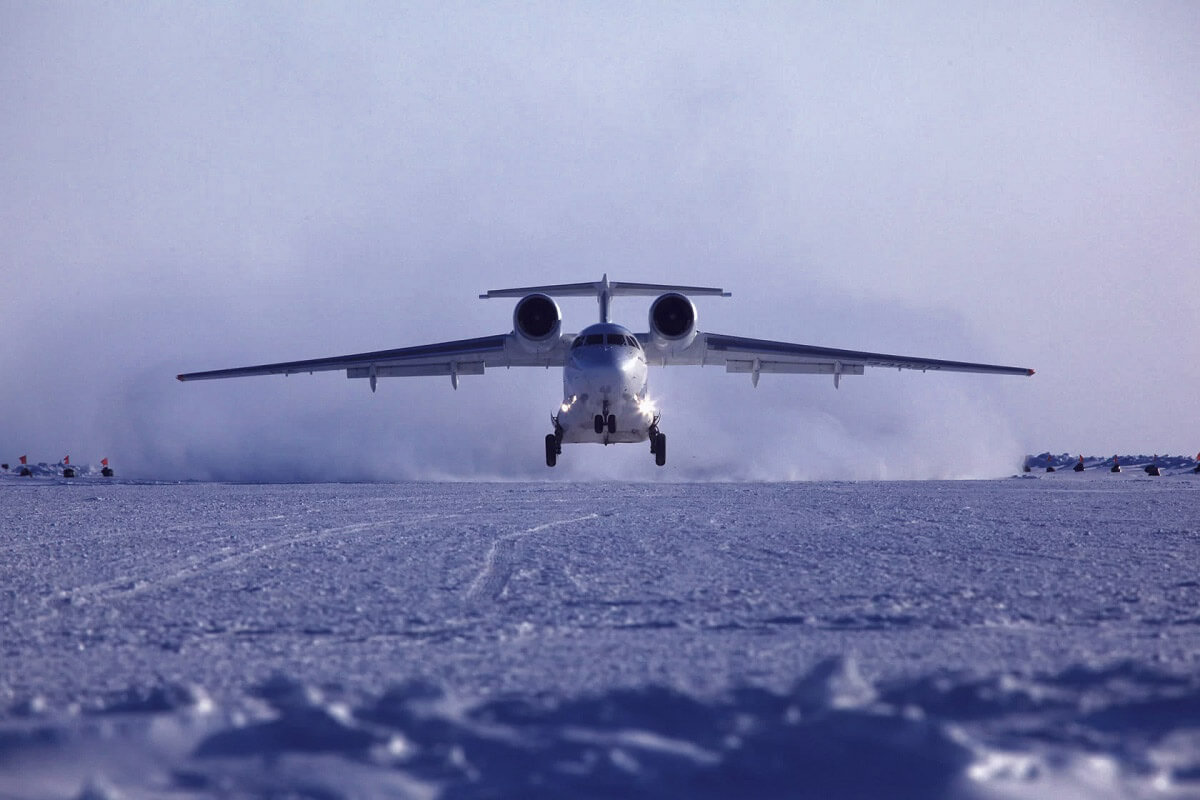 The Russian camp Barneo was built 40 kilometers from the North Pole. It lasts only one month a year, more precisely only in April. The camp is used for scientific purposes. It hosts a whole range of adventure tourism, which includes everything from artistic skating to marathons. The airport is represented by two runways built on ice, which can handle the weight of an airplane with 52 passengers. 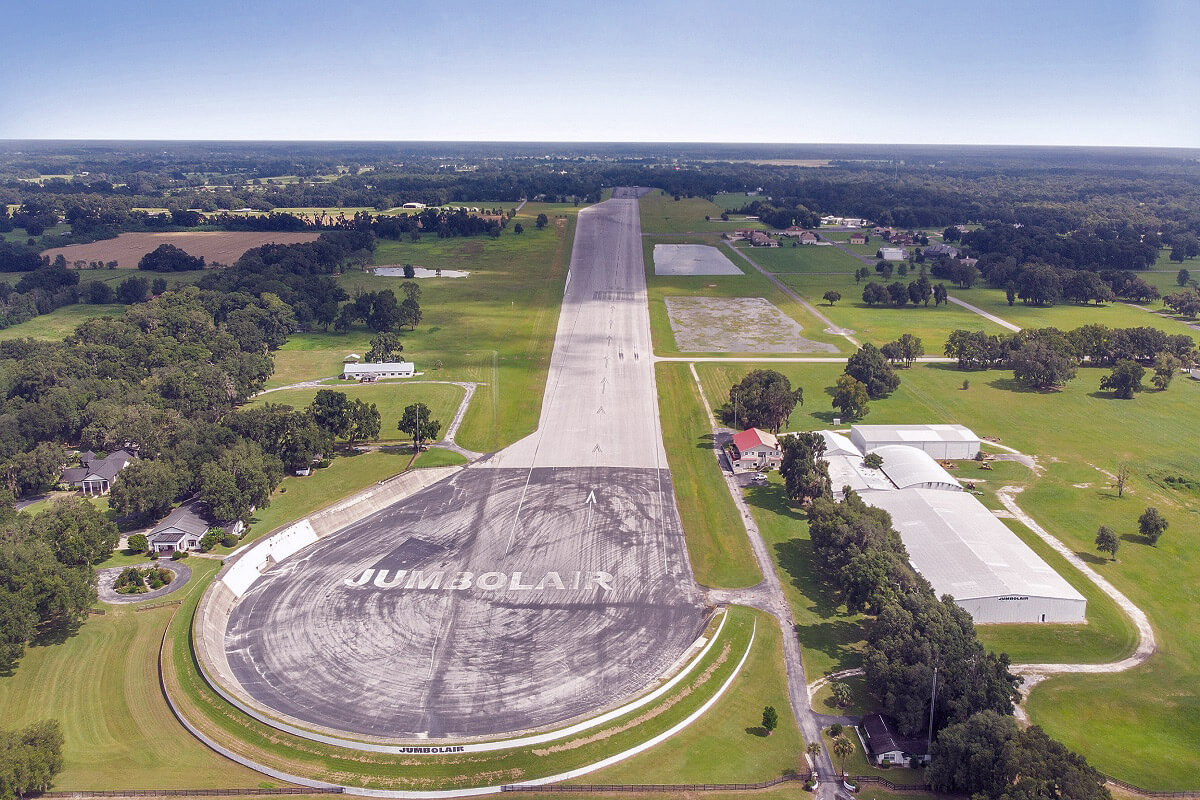 It is well known that John Travolta loves to fly, so he built two custom runways for his private aircraft on his property in Florida. There is also a private control center and accommodation for the pilots. Less well known is that Travolta is a part-time pilot for the Australian airline “Kantas”. 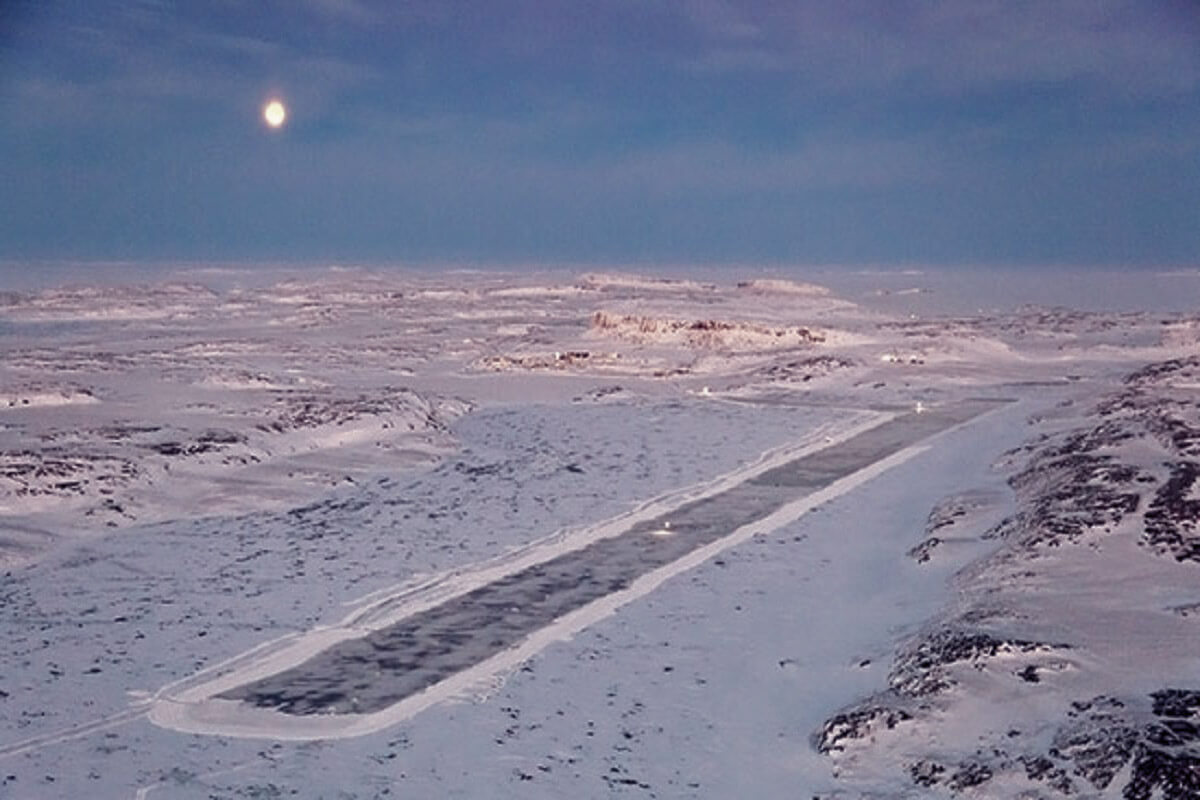 A private ice rink is located on Lake Doris in Canada. This airport is open from January to April and is mainly open to workers at a gold mine in nearby Hop Bai.

The “black stone” in the desert 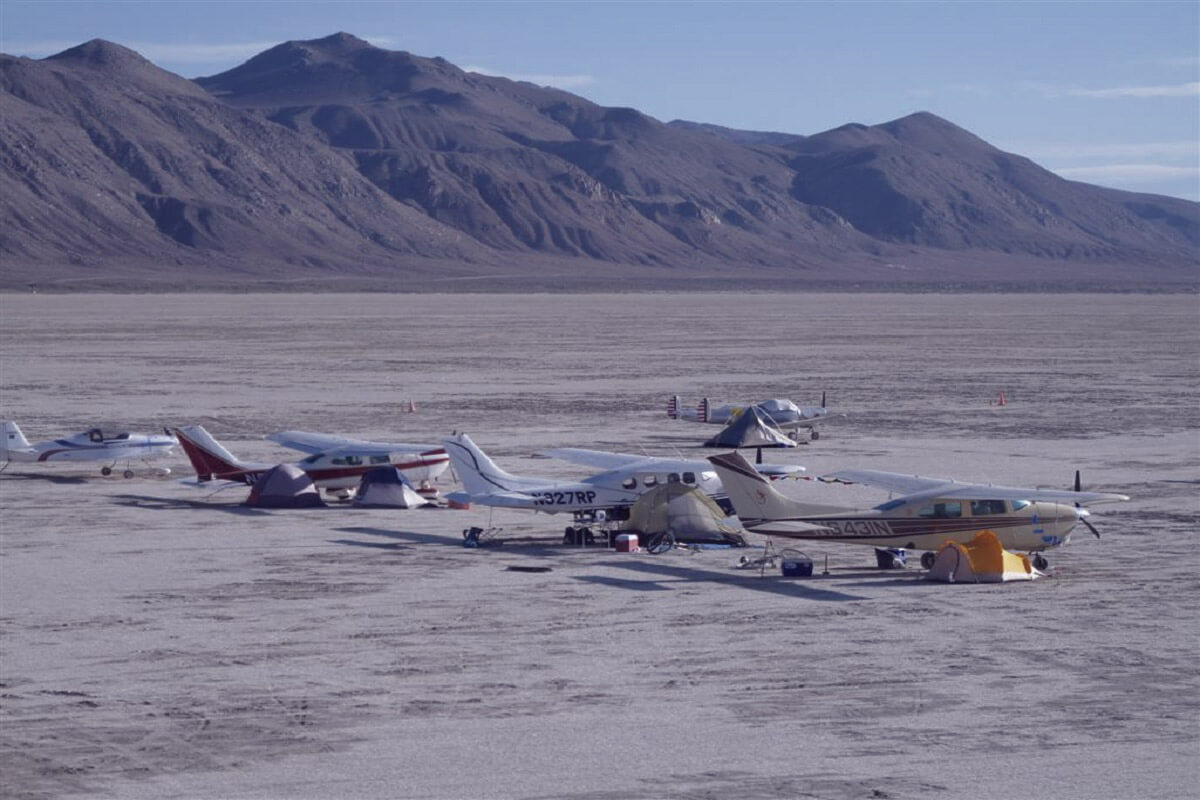 Every year in August many people come to the “Burning Man” festival in the Nevada desert. For this reason there is a city airport “Black Stone”. The airport has no tower. Pilots communicate over a common frequency to exchange safety information and landing details. The official point of the airport is at 88HB. Its tracks disappear in the sandy fog the day after the opening of the festival, so it is sometimes very difficult to find it. 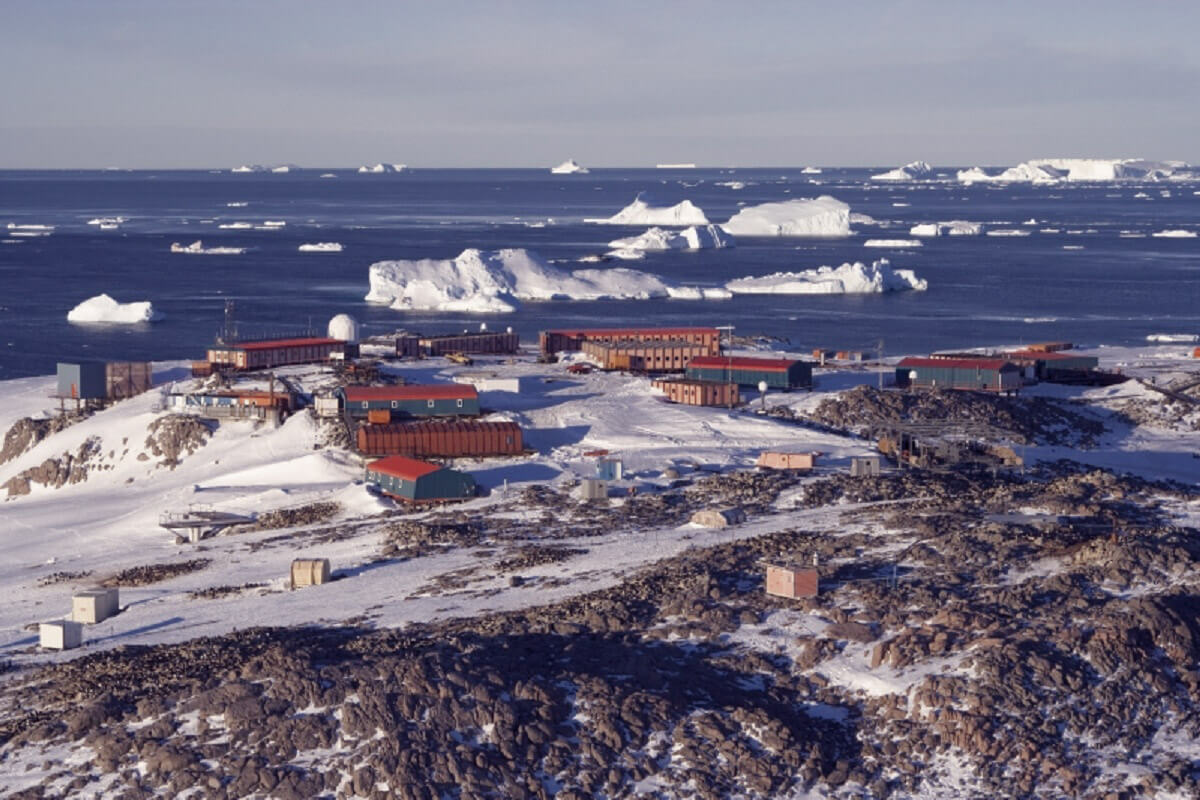 More than two decades ago, the French tried to build a runway at the “Dumontdurville” research station in Antarctica. They gave up when the area was badly damaged by the storm and only a few months before the planned construction of the runway. Part of it fell completely into the water. The part that remained on land is sometimes used for landing.

Airport at the top of the world 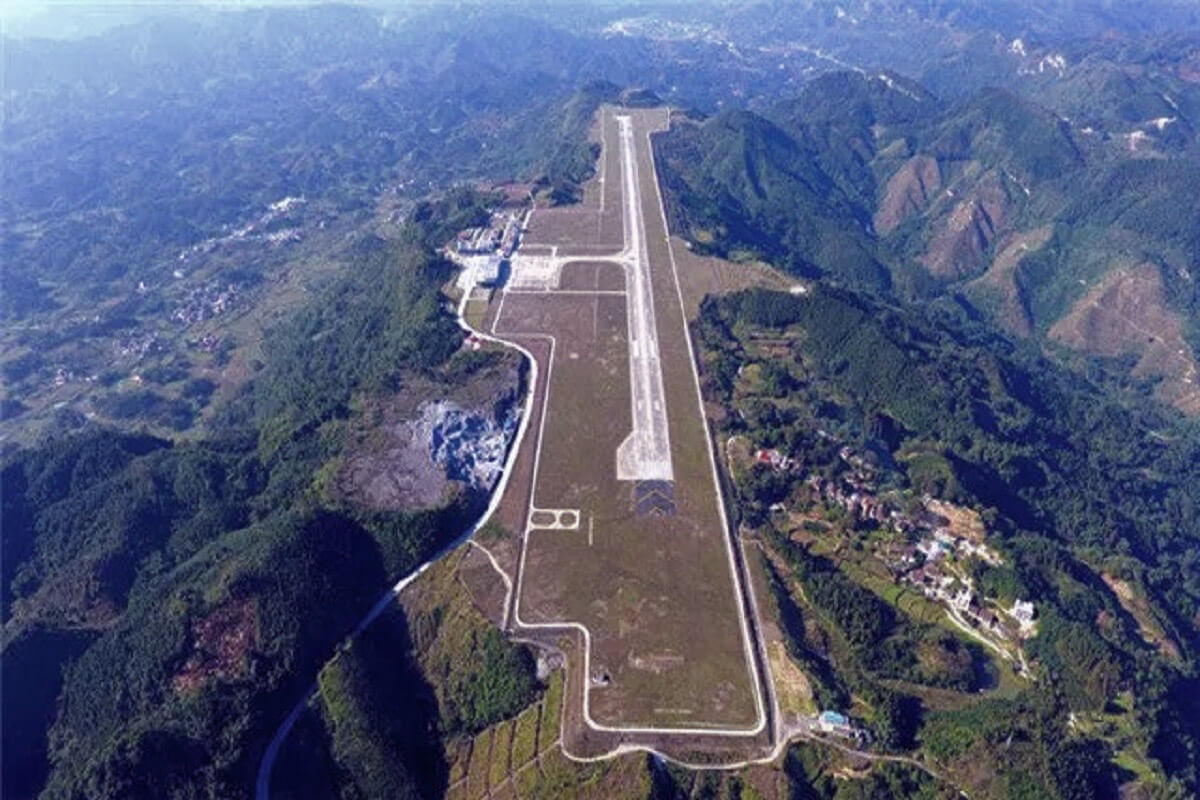 In China, a new airport was opened at the end of 2014 on top of the mountains in the city of Hechi. Dozens of hills were levelled to create runways for the airport. This airport was built at an altitude of almost 680 meters above sea level.

The runway where planes fall off a cliff 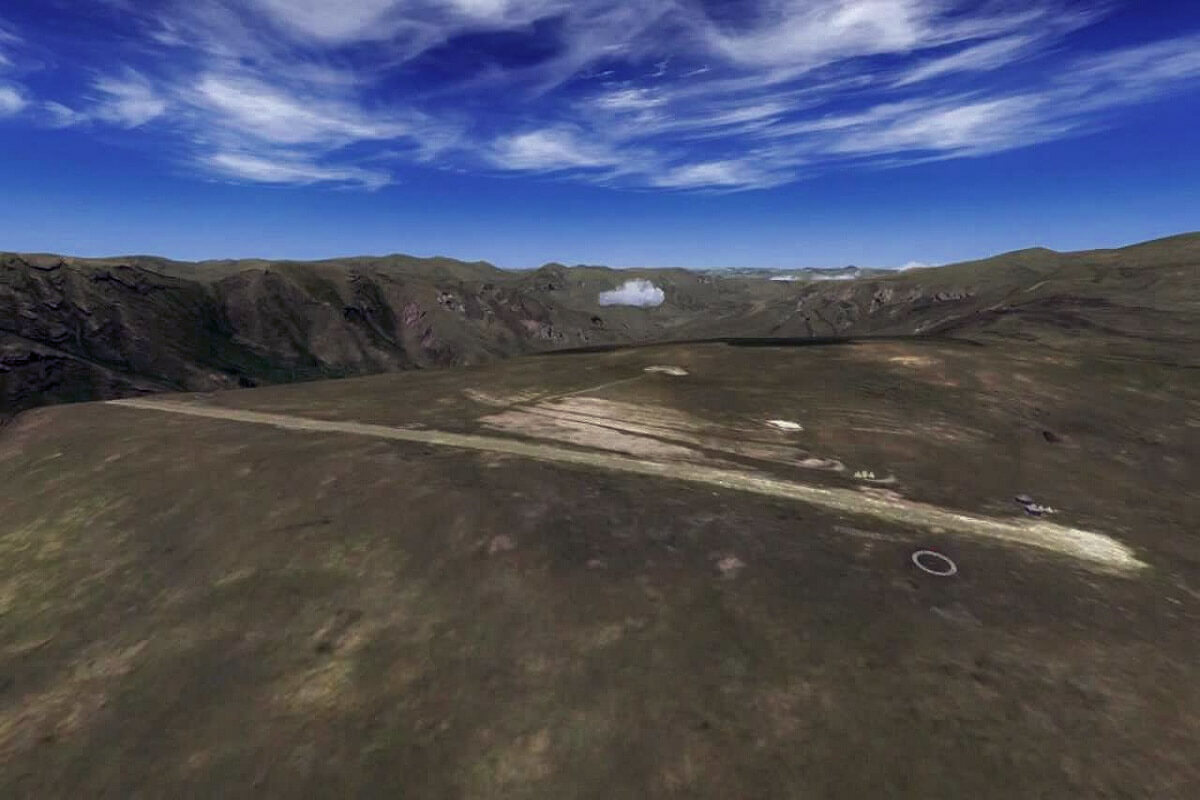 Taking off from Matekane Airport in Lesotho, South Africa, is a very painful experience. The runway is located at an altitude of 2,286 meters on a mountain ditch. . Steel nerves are needed for landing and take-off and very experienced pilots.  If the plane does not reach a certain take-off speed, it has to fall off a cliff before take-off.

Previous article
The Most Extreme Journeys In The World
Next article
York: A City Where The Tourist Season Lasts All Year Round
Most Popular
Popular destinations