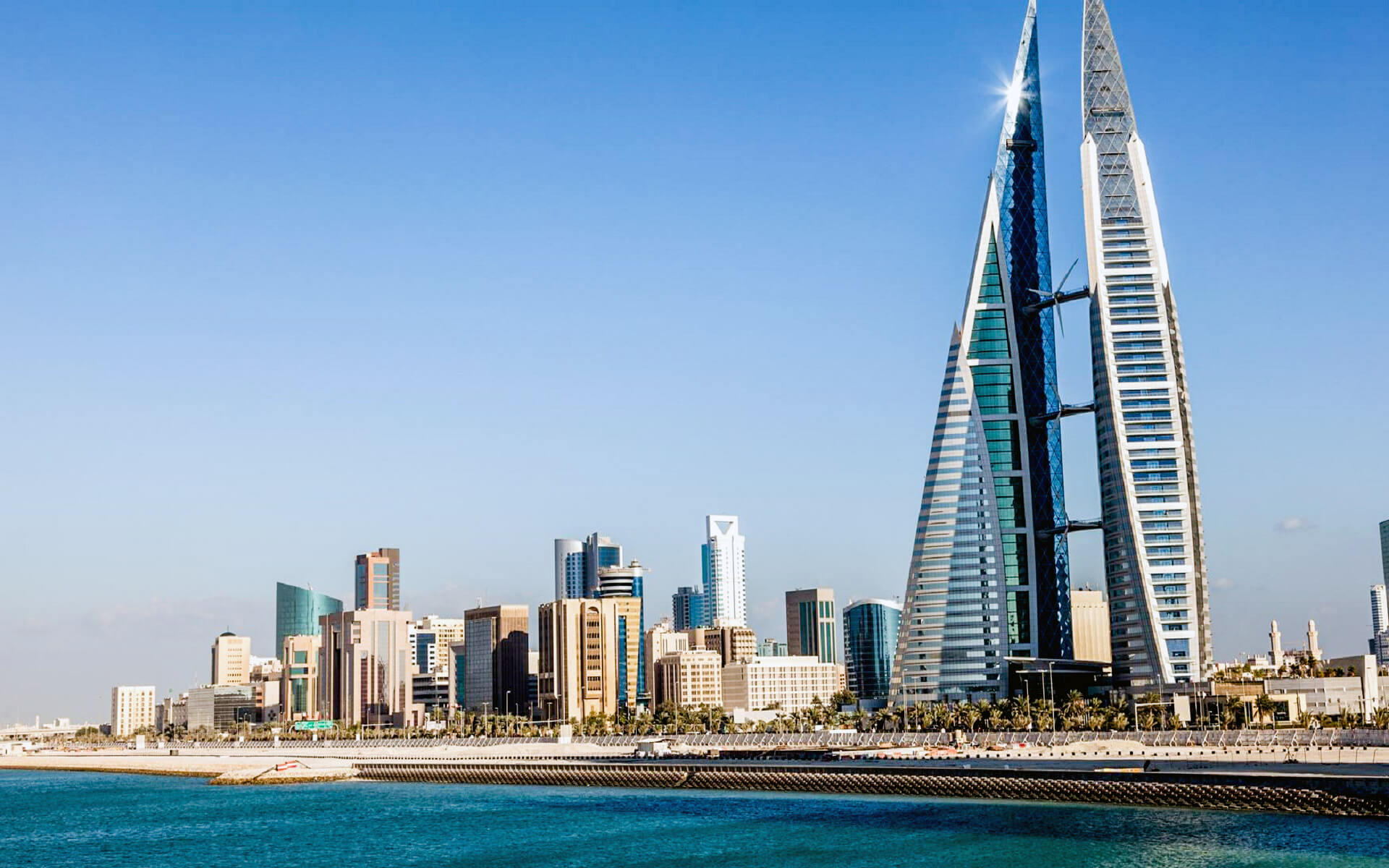 Manama is Bahrain’s capital and biggest city, with a population of around 157,000 people.

Manama has long been an important commercial city on the Persian Gulf, and it is home to a varied population. Bahrain founded itself as an independent country during the 19th century era of British predominance, after centuries of Portuguese and Persian domination and assaults by the reigning dynasties of Saudi Arabia and Oman.

Although the modern twin towns of Manama and Muharraq seem to have been constructed at the same time in the 1800s, Muharraq rose to prominence owing to its defensive position and served as Bahrain’s capital until 1921. Manama became the commercial center and the primary entry point to Bahrain Island. Bahrain’s oil riches fueled rapid development in the twentieth century, and in the 1990s, a determined diversification push led to progress in other sectors and helped Manama become an important financial centre in the Middle East.

Manama is a popular destination for Arabs and expatriates who live in ‘alcohol-free’ Arab nations. Tourists, notably Saudis and Saudi citizens, visit Bahrain mostly for the nightlife.

Souq Manama (Behind Bab Al Bahrain building). The souq is a network of narrow passageways filled with modest shops offering anything from souvenirs and presents to electronics. Many gold and jewelry businesses, as well as tailors, can be found in the souq.

Mosque of Al-Fateh. One of the world’s biggest mosques, capable of hosting over 7,000 worshipers at once, and the largest site of prayer in Bahrain. It is also one of Bahrain’s most popular tourist attractions. The dome is now the biggest fibreglass dome in the world, weighing over 60,000 kg. The new National Library, officially opened to the public in 2006, is part of Al-Fateh.

Al-Fateh Corniche – This lovely coastal promenade on the city’s east coast gives nice views of the buildings to the south and aircraft taking off from the adjacent airport. There are plenty of exciting fair attractions for the youngsters as well as shisha bars for the adult crowd.

The Museum of Pearl Diving – Is regarded as one of Bahrain’s most significant historic structures. It is significant because it is the first official location for Bahrain Courts. The structure was dedicated on October 18, 1937, by Late H.H. Sh. Hamad Bin Isa Al-Khalifa, the former Governor of Bahrain. Apart from three Directorates, the building at the time housed four Supreme Courts. Later, in 1984, the structure was converted into a Traditional Heritage Center. The Museum of Pearl Diving is now under the authority of the Directorate of Archaeology and Heritage, one of the Ministry of Cabinet Affairs and Information’s main Directorates.

The Tree of Life is located 30 kilometers south of Manama. The well-known lonesome tree in the midst of an arid desert. Scientists haven’t found out how it thrives since there is no subsurface aquifer or spring underneath that region. In fact, all subterranean water sources around the tree are tainted with salt, suggesting that the tree may have a mutation that makes it salt-tolerant.

Dolphin spotting – On a boat ride, you may observe dolphins and manatees playing in the warm Gulf seas, as well as local fishermen heading out in traditional wooden dhows to capture the treasured local hammour, a sort of grouper. Dolphin watching tours are offered three times each day. Adults pay BD6, while children under the age of 12 pay BD3.

Scuba diving, the Bahrain Yacht Club, and the Al Bandar resort are all nearby.

Saar, horseback riding – The Twin Palms Riding School and the Dilmun Club are wonderful places to start for those interested in riding instruction or an occasional hack.

Horse racing. Arabia is well-known for its horses. From October through March, the national racetrack in Al Sakhir features races every Friday. The stadium can accommodate up to 3,000 spectators and admission is free, however visitors should be aware that betting is forbidden.

Bahrain City Centre has delivered a world-class retail environment as well as hundreds of other ‘firsts’ to the Kingdom, including the premiere of 150 of its approximately 350 globally renowned brands. The outstanding entertainment offering at the Centre includes the region’s first indoor/outdoor temperature controlled 15,000 square metre Wahooo! Waterpark, Bahrain’s largest cinema complex Cineco 20, and Magic Planet, a family entertainment center for children and young people. Over 50 food court establishments have been set up to provide the most popular as well as unique selections from all over the globe for food and beverage alternatives.

Bahrain’s Mall. The Bahrain Mall is centrally located in Bahrain’s new shopping sector. This superb position is readily accessible from the major highway and from everywhere in the city. It contains over 120 multinational brands and speciality shops and spans 750,000 square feet.

Dana Mall is located on the Shaikh Khalifa bin Salman Highway. Discover a plethora of boutiques for your clothing, pampered lifestyle, and one-of-a-kind trends.

Manama has a desert climate.

Manama, like the rest of Bahrain, has harsh weather conditions, with summer temperatures reaching 48 °C (118 °F) and winter temperatures as low as 7 °C (45 °F), with hail on rare occasions.

Autumn is the most pleasant season in Bahrain, with low sunlight and temperate temperatures moderated by gentle breezes.

The settlement is situated on a tiny peninsula in the north-eastern corner of Bahrain. The topography is mainly flat (or moderately undulating) and arid, as it is across Bahrain.

Bahrain’s economy revolves on Manama. While the significance of petroleum has declined in recent years owing to decreasing reserves and expansion in other sectors, it remains the backbone of the economy. Heavy industry (e.g., aluminum smelting, ship maintenance), banking and finance, and tourism are some of the businesses that have recently expanded. A number of global corporations operate facilities and offices in and around Manama.

Financial services are the principal sector of Manama, with over 200 financial institutions and banks situated in the CBD and the Diplomatic Area. Manama is a financial centre for the Persian Gulf area as well as an Islamic banking center. The shopping malls near Seef also have a major retail sector, although the core of Manama is dominated by tiny workshops and shopkeepers.