A place where the Atlantic Ocean and Caribbean Sea connect

Eleuthera is place where the Atlantic Ocean and Caribbean Sea connect. Eleuthera is one of several islands that are located within the Bahamas archipelago, about 80 km east of the capital, Nassau. It`s long about 180 km, and on some places wide only 1.6 km. Precisely in that limited is best seen of this spectacular scene: at one side of the island is light blue shallow waters of the Caribbean Sea, and on the other the complete opposite –  deep blue Atlantic Ocean.

Best position to observe this compound is glass window, one of the few locations where you can see close a dark blue water of the Atlantic Ocean at one side of the road and quiet turquoise-green  water of the Caribbean Sea and on the other – separated by rocky natural bridge ten meters wide. The glass window is built on a natural bridge linking the two part of Eleuther , and soon after the building it becames the most visited destinations in the island.

Natural stone bridge of north and south Eleuthera has existed for centuries, but by a series of hurricanes that hit the island 1940. almost destroyed it. It was also decided to strengthen the concrete, but it is finally built a real in bridge, known as the Glass Window. Because of the force of the Atlantic Ocean on one side and the Caribbean Sea on the other hand, the bridge must constantly be renewed. After Hurricane Floyd, which hit the island in 1999. almost nothing left from the bridge, and although improved within a few months, the geography of the island is forever changed.

Even after more than a decade since the tragic event workers daily fix caused cracks on the bridge, just to the next day, when  find new ones. 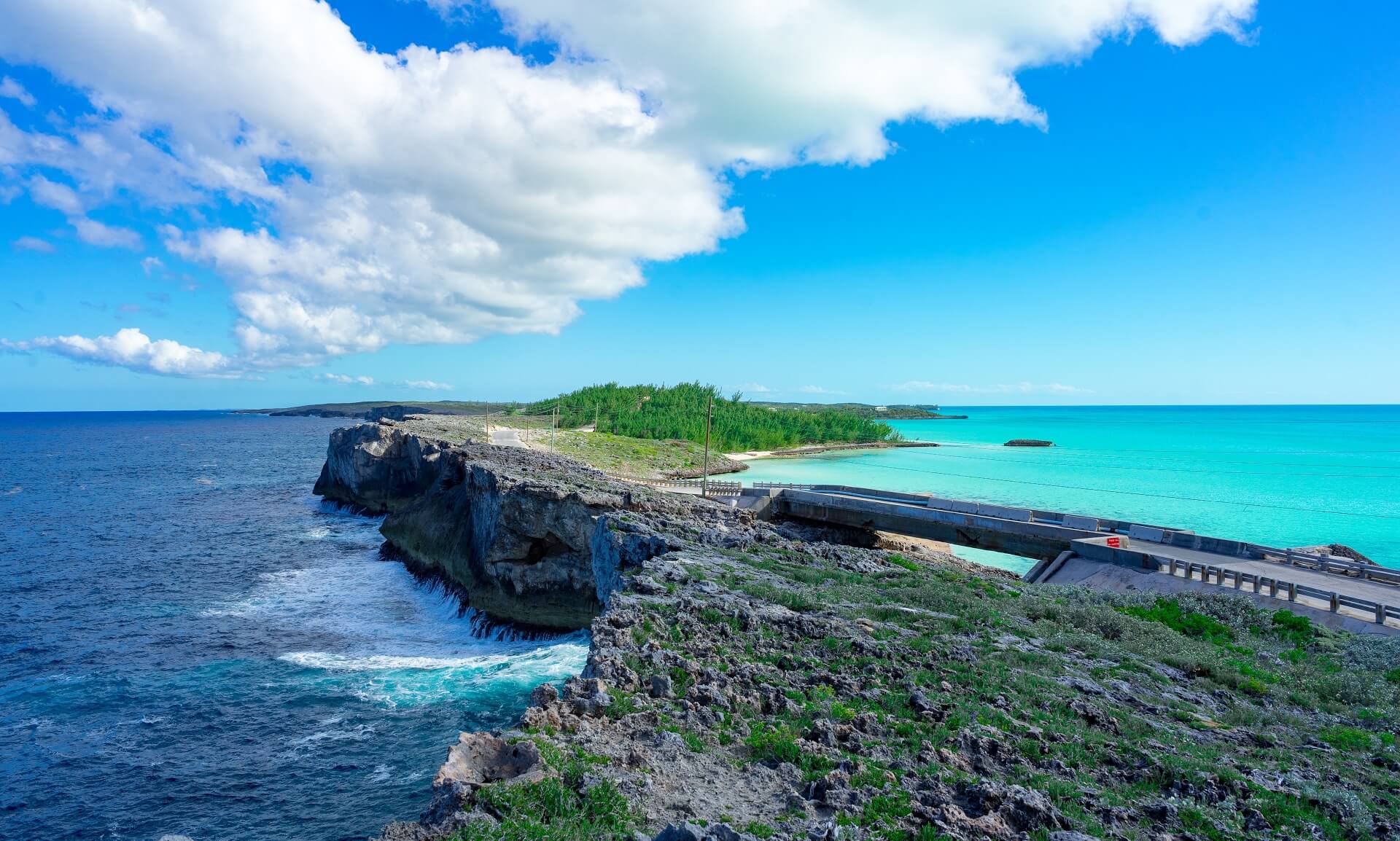