Because of the perfect mild climate and landscapes that testify to it`s volcanic origin, unreal Azores in the Atlantic Ocean, with nine magical islands are a dream destination for tourists from around the world. It is unlikely that someone would think of the Azores when they want to at any time of the year go to the point of the world where is always spring. This archipelago, located in the Atlantic Ocean, is actually part of the Portuguese territory, with slightly more autonomy than other parts of the country fado music and porto wine, away almost 1,500 kilometers. It is often confused with the Madeira, which also belongs to Portugal, but it is located southwest of the coast and it is closer to Africa than the home country. 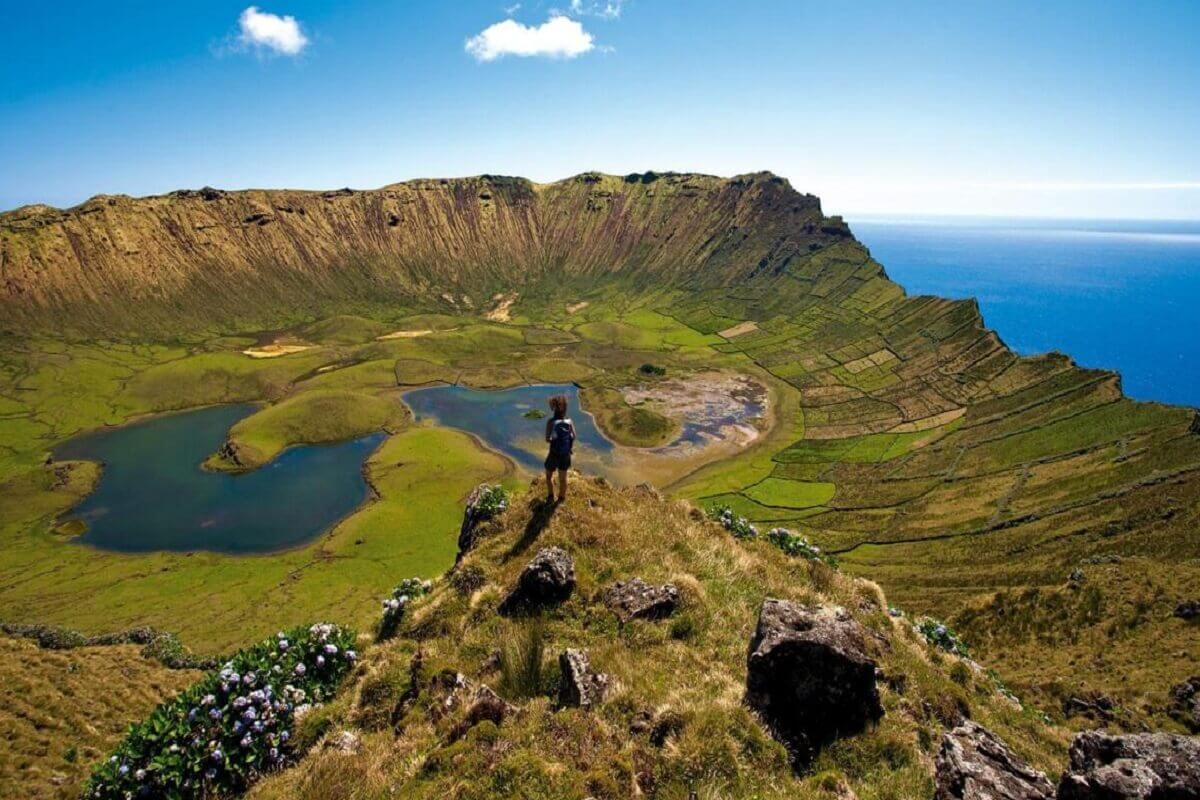 Azores, as they are often called, are known as the paradise oasis of indescribable beauty. The sea is blue as sapphire, lakes gloss in emerald paint and in the areas  they meet alternate volcanic craters, diverse rocks, rich in forests, gardens magnolia and colorful pastures overgrown with pink, purple and blue hydrangeas. It is believed that the island was discovered by one of the captains sailing for Henry the Sailor in 1427. The Portuguese colony became 1431,  Philip II of Spain, a hundred years later sent the Iberian fleet to clean the Azores by french traders. Under the ‘control’ of Portugal came back at the end of the Iberian Union of Portugal and Spain. 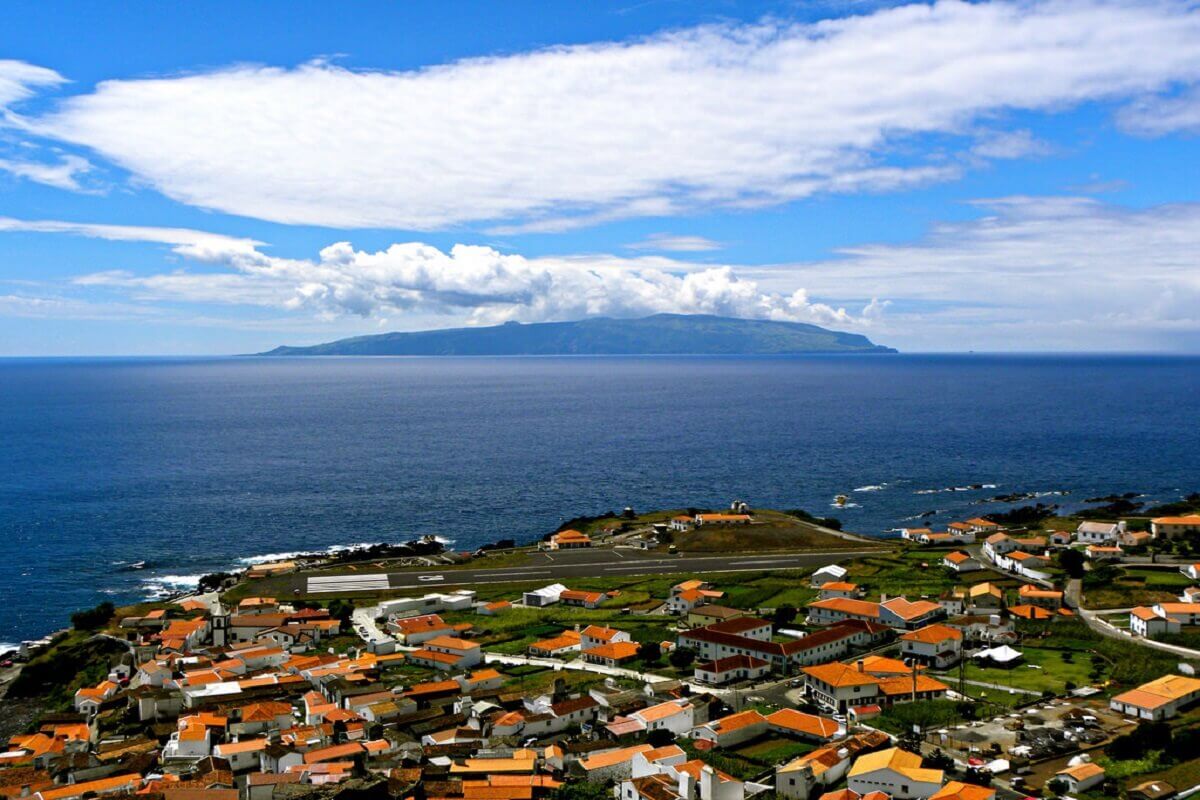 Eastern islands belonging Sao Miguel and Santa Maria, a central group comprises Faial, Pico, Sao Jorge, Terkeira Grasiosa and while in the western are two islands and Flores and Korvo. Thanks to the Gulf stream, on which impact lie, the Azores has the perfect mild climate, with the time that is characterized by frequent changes of clouds and sun. Geographers say that the Azores are in fact, the highest tops of mountains in the world, but doesn’t see it because their base located at the bottom of the ocean. The fertile soil of all nine islands and exotic vegetation on them flared result of the volcanic activities on the islands formed craters and cones multicolored walls that stand as monuments of the wonders of nature. The last eruption took place in the archipelago in 1957 on the island Faial, when it’s surface increased slightly. 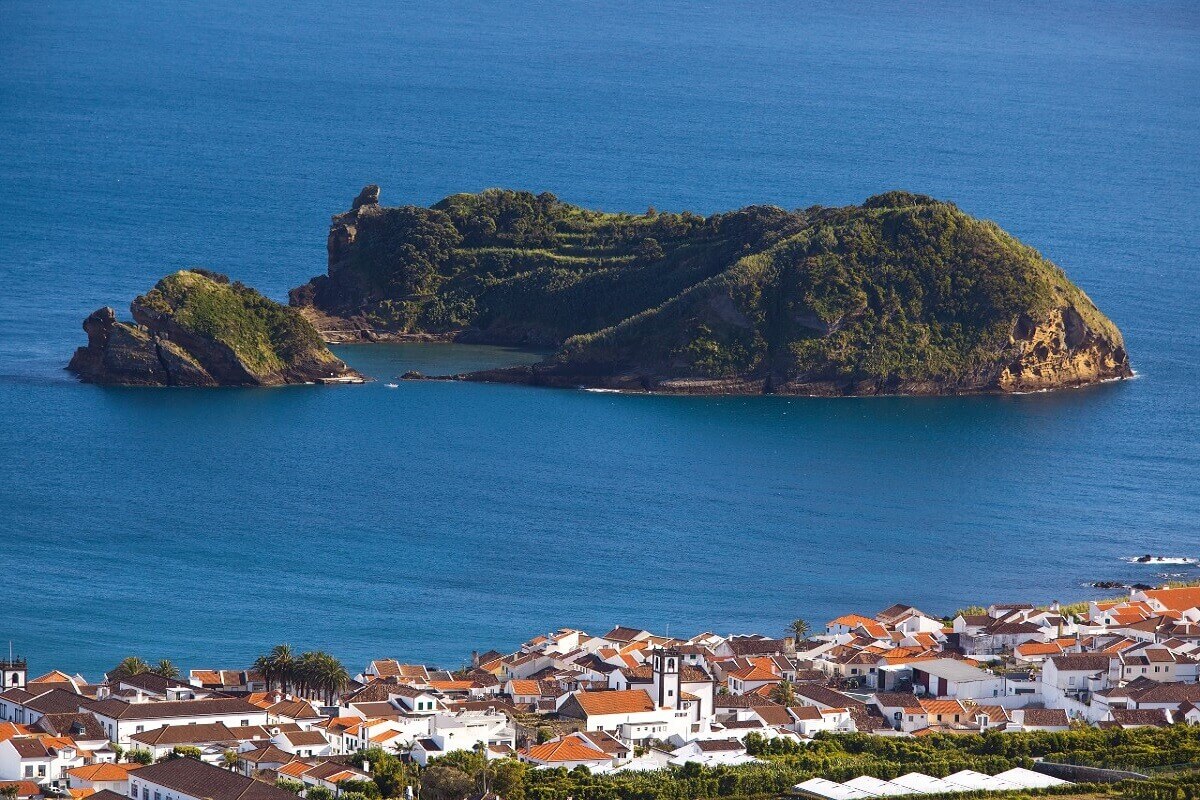 All the diversity and beauty of the Azores landscapes you can experience on the island Sao Miguel, which is due to it’s vegetation received the title of ‘green island’. In it is placed  the capital of the azores archipelago Ponta Delgada which, with a distance of 1,200 km from Lisbon, is the nearest town home of Portugal. The massive city gate is made in the baroque style and in the best way reveals what you see behind the doors, a multitude of buildings constructed between the 16th and 18th centuries, a narrow coastal streets, typical portuguese houses and small restaurants. Here is located the airport ‘Joao Paulo II “, on which most of the planes lands from many parts of the world.

As with all nine azores islands, Sao Miguel is famous for producing tea, tobacco, pineapple wine, and you shouldn’t miss the opportunity to visit one of the tea plantations, find one in the heart of the island, hidden winery and taste the liquor of pineapple . It is believed that the colonization of the island began in 1439, when Henri Navigator allowed to move in this population in the field of Extremadura, Algarve and Madeira, and later received some ‘foreigners’, as the French, Jews and Moors. His height area consists of 270 affiliated volcanoes, and near the biggest are formed wonderful lakes and rocks, and numerous thermal springs and botanical gardens. Curiosity that will find on the island is the fact that you don’t need stove to cook. Although it sounds funny and a little scary, the people of the island say that for preparing lunch, apparently, is enough to make a hole in the ground and  pot with all ingredients drop into it. In the center of the island’s land is so hot that the residents of Sao Miguel say that your lunch will be tasty like you cook on low heat! 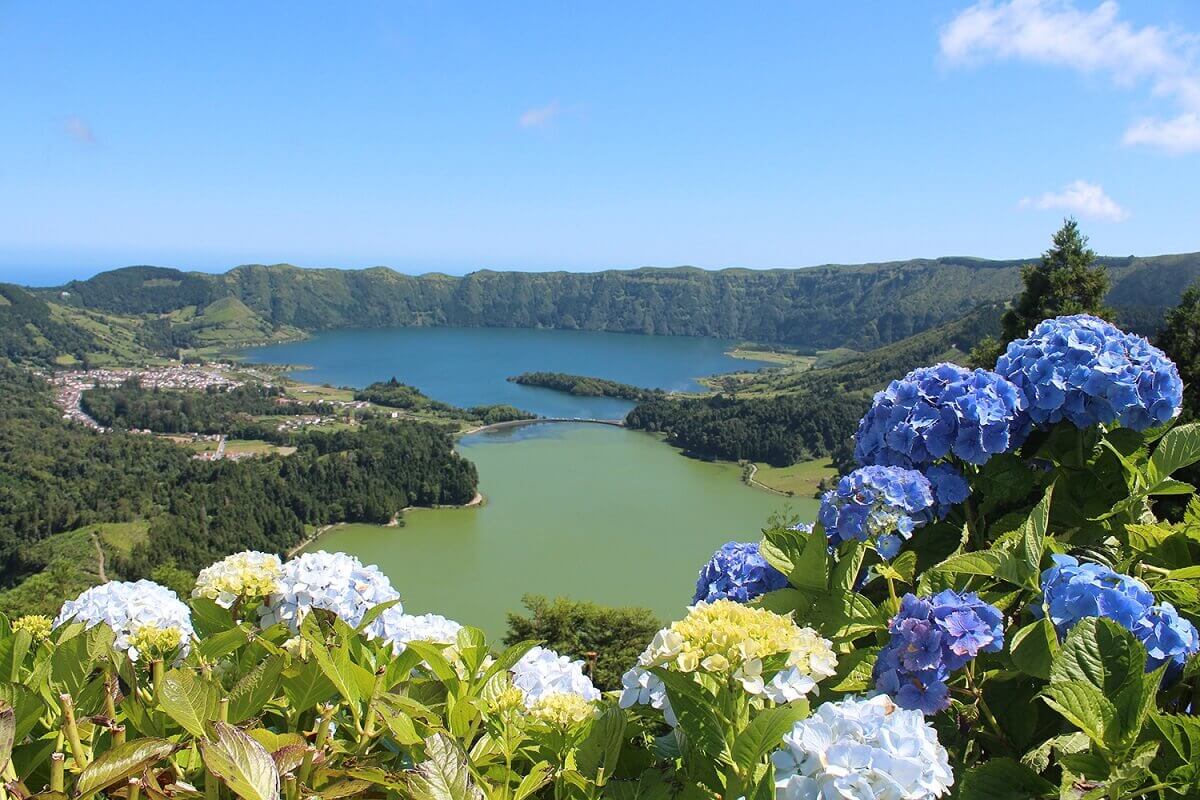 In the western part of the island is the Sete Cidades volcano in whose crater, in the range of 12 kilometers are touching two lakes green and blue. Beside it applies the magnificent scenery that tourists breathtaking the picture of  ‘love’ two lakes ‘story’  is old Portuguese legend of the shepherd and the princess whose love was forbidden. Since the princess of families separated them, the two of them were crying for days. From mighty tears were formed two magical lakes in the colors of their eyes. It is believed that princess had blue and shepherd green eyes. Around the perimeter of the volcano, as well as all over the island, you will find a hydrangea shrubs which are one of the most recognizable characters island. On the eastern side of the island, along the trail on the way to the Furnas volcanic lake, you will find a peaceful geysers that emit vapor enriched in sulfur. Lovers of wild nature are interested to the top of Varian, which reaches 1,103 meters in height. On the way there you will pass by the beautiful beaches, hidden in the hollows of steep coast with sand the color of old gold. Azores are known for it’s festivities, which are organized several times at year and during the years they developed a good habit. During various festivals in the main streets of Ponta Delgada residents make the paths of the most wonderful flowers in bright colors, through which walking festival parade. 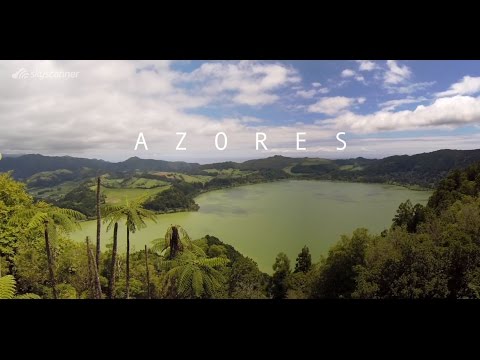