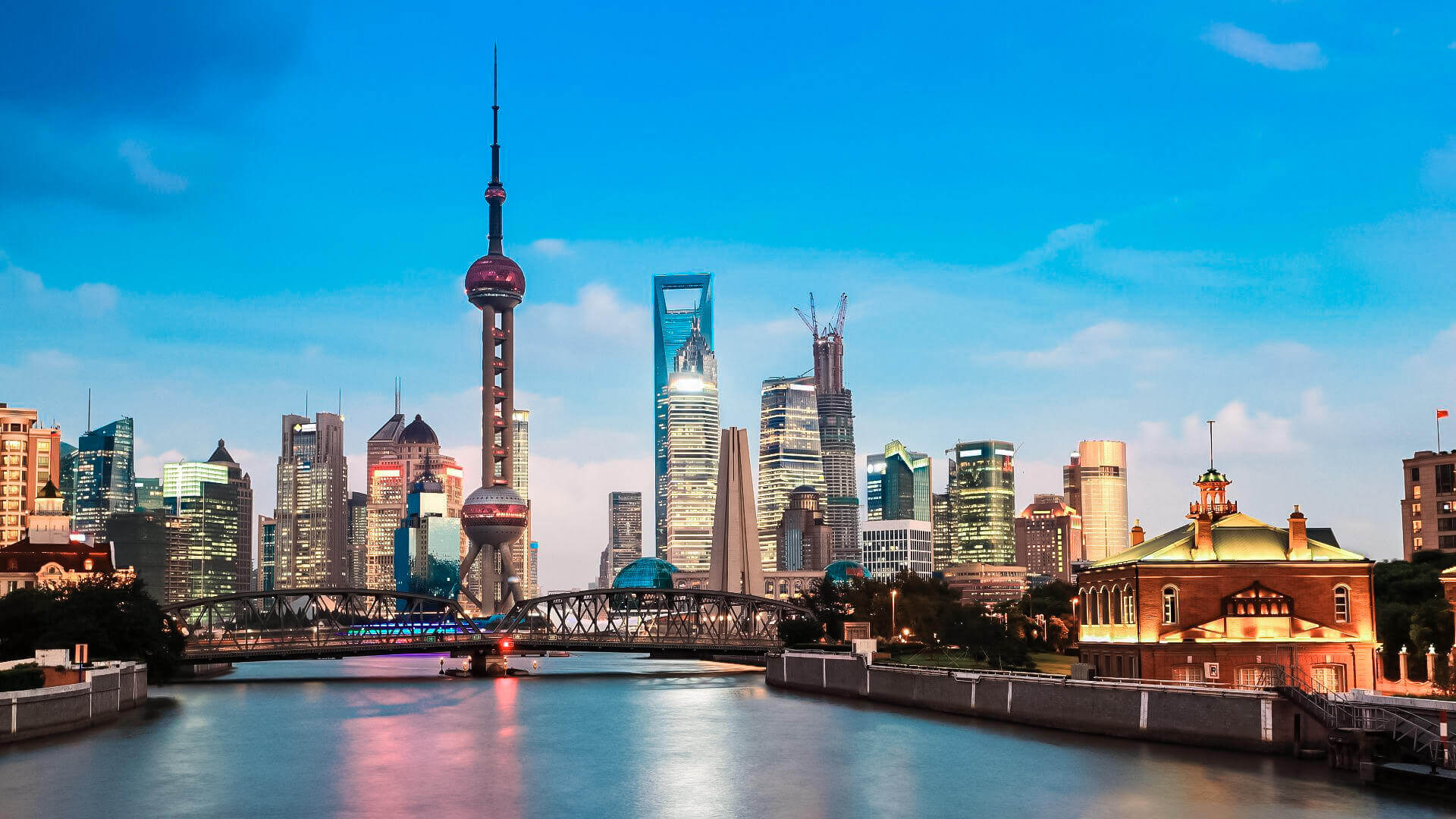 New Zealand is a Pacific island country located in the southwest Pacific Ocean. Geographically, the nation is divided into two major landmasses: the North Island, or Te Ika-a-Mui, and the South Island, or Te Waipounamu, as well as many smaller islands. New Zealand is located about 1,500 kilometers (900 miles) east of Australia and approximately 1,000 kilometers (600 miles) south of the Pacific island nations of New Caledonia, Fiji, and Tonga. Due to its remoteness, it was one of the last human settlements. New Zealand acquired a unique variety of animal, fungal, and plant life during its prolonged isolation. The country’s diverse terrain and steep mountain peaks, such as the Southern Alps, are mostly the result of land tectonic upheaval and volcanic eruptions. Wellington is the capital city of New Zealand, but Auckland is the most populated city.

Polynesians arrived in the islands that would become New Zealand between 1250 and 1300 CE and established a unique Mori culture. In 1642, Dutch adventurer Abel Tasman became the first European to see New Zealand. The Treaty of Waitangi was signed in 1840 between representatives of the British Crown and Mori Chiefs, establishing New Zealand as a British colony. Today, the bulk of New Zealand’s 4.7 million inhabitants are of European ancestry; the indigenous Mori are the biggest minority, followed by Asians and Pacific Islanders. As a result, New Zealand’s culture is mostly descended from Mori and early British immigrants, with recent expansion resulting from increasing immigration. The official languages of New Zealand are English, Mori, and New Zealand Sign Language, with English being the most widely spoken.

New Zealand is a developed economy that operates on a market economy model. New Zealand is a high-income country that scores well in worldwide assessments of national performance across a range of indicators, including health, education, economic independence, and overall quality of life. On a national level, legislative authority is vested in an elected, unicameral Parliament, while executive political authority is exercised by the Cabinet, which is presently headed by John Key. The country’s head of state is Queen Elizabeth II, who is represented by a governor-general. Additionally, New Zealand is organized for local government purposes into 11 regional councils and 67 territory administrations. Additionally, the Realm of New Zealand include Tokelau (a dependent territory); the Cook Islands and Niue (self-governing nations in free association with New Zealand); and the Ross Dependency, which is New Zealand’s Antarctic territorial claim. New Zealand is a member of the United Nations, Commonwealth of Nations, ANZUS, OECD, Pacific Islands Forum, and Asia-Pacific Economic Cooperation.

Make sure you have enough time to travel around New Zealand. It’s definitely worth touring each island for at least three or four weeks, although you can certainly see highlights in much less time. Roads wind along the coast and through mountain ranges, especially on the South Island. In exit surveys at Christchurch International Airport, many international visitors said they had underestimated the time it would take to really enjoy their visit.

Auckland is the largest city in New Zealand and Polynesia, with a population of about 1.49 million. A city with a population of over 1 million, it is also the most remote city in the world – the closest equivalent city is Sydney, 2,150 km away. Wellington, on the southern tip of the North Island, is the country’s capital and third largest city (population 207,000). It replaced Auckland as the capital of the country in 1865 when the parliament had decided to relocate to a more central location.

New Zealand, a former British colony, has a population of primarily European descent with a substantial indigenous Māori minority and significant Asian and Polynesian groups. Approximately 11% of people in New Zealand are identified with more than one ethnic group, the most common being the combination of Europeans and Māori.

Part of New Zealand but 800 kilometers east of Christchurch, the Chatham Islands observe Chatham Islands Standard Time (CIST) by adding 12 hours and 45 minutes to Coordinated Universal Time (UTC), resulting in UTC + 12: 45. Nepal is the only other formal time zone with a 45-minute increment of UTC. The Line Islands of Kiribati; Tonga and Samoa are the only time zones further ahead of UTC.

New Zealand has a high-income advanced economy with a nominal gross domestic product (GDP) per capita of $36,254. The currency of New Zealand is the New Zealand dollar, known as the “Kiwi dollar.” It also circulates in the Cook Islands , Niue, Tokelau, and the Pitcairn Islands. In 2013, New Zealand was ranked 6th on the Human Development Index.

Historically, the extractive industry has been a strong contributor to New Zealand’s economy, focusing at different times on sealing, whaling, flax, gold, cow gum, and native timber. With the development of refrigerated shipping in the 1880s, meat and dairy products were exported to Britain, a trade that formed the basis for strong economic growth in New Zealand. During the 50s and 60s, the increased demand for agricultural products from the UK and the US has helped New Zealanders to create a high standard of living compared to Western Europe and Australia. During 1973, New Zealand’s export market decreased when the UK became a member of the European Community. Other factors, such as the 1973 oil and energy crisis, led to a severe economic depression. Living standards in New Zealand lagged behind those in Australia and Western Europe, and by 1982 New Zealand had the lowest per capita income of any industrialized nation surveyed by the World Bank. New Zealand de-regulated its agriculture sector during the mid-1980s, allowing subsidies to be phased out over a period of 3 years. Since 1984, successive governments have implemented large-scale macroeconomic reforms, rapidly changing New Zealand from a highly protectionist economy to a liberalized free-trade economy.

Unemployment peaked above 10% in 1991 and 1992 after the 1987 stock market crash, but fell to a record low of 3.4% in 2007 (ranking fifth out of 27 comparable OECD countries). However, the ensuing global financial crisis had a significant impact on New Zealand, with GDP contracting for five consecutive quarters, the longest recession in over thirty years, and unemployment rising again to 7% in late 2009. In May 2012, the General The unemployment rate was 6.7%, while the unemployment rate for youth aged 15-21 was 13.6%. In September 2014, unemployment was 5.4%. New Zealand has experienced a series of “brain drains” since the 1970s that continue today. Nearly a quarter of the highly skilled workforce lives overseas, mainly in Australia and the UK. This is the largest proportion of any industrialized nation. In recent years, however, a “brain gain” has attracted educated professionals from Europe and less developed countries.

The New Zealand government is largely based on the British Westminster system of government. Unlike most Westminster systems, however, the New Zealand Parliament has only one chamber, the popularly elected House of Representatives with 121 members. Elections are held every three years under the mixed proportional voting system, a form of proportional representation in which members are elected from both nationwide party lists and local constituencies.

The prime minister is the head of government and usually the leader of the political party with the most seats in parliament. The current prime minister is John Key, leader of the center-right National Party in the House of Representatives. The four major parties in New Zealand are the National Party, the center-left Labour Party, the left-wing environmental Green Party, and the populist New Zealand First Party.

Queen Elizabeth II is the head of state. On the advice of the prime minister, she appoints a governor general to represent her in New Zealand. The royal and viceregal roles are largely ceremonial and politically powerless, and the prime minister has the greatest authority in government.

New Zealand was the first modern country in the world to grant women the right to vote, as early as September 19, 1893. However, women were not allowed to stand for election to Parliament until 1919, and it was 1933 before New Zealand had its first female MP. In 2005 and 2006, New Zealand had the distinction of having all five high-level political offices (monarch, governor general, prime minister, speaker of the house, chief justice) held by women.