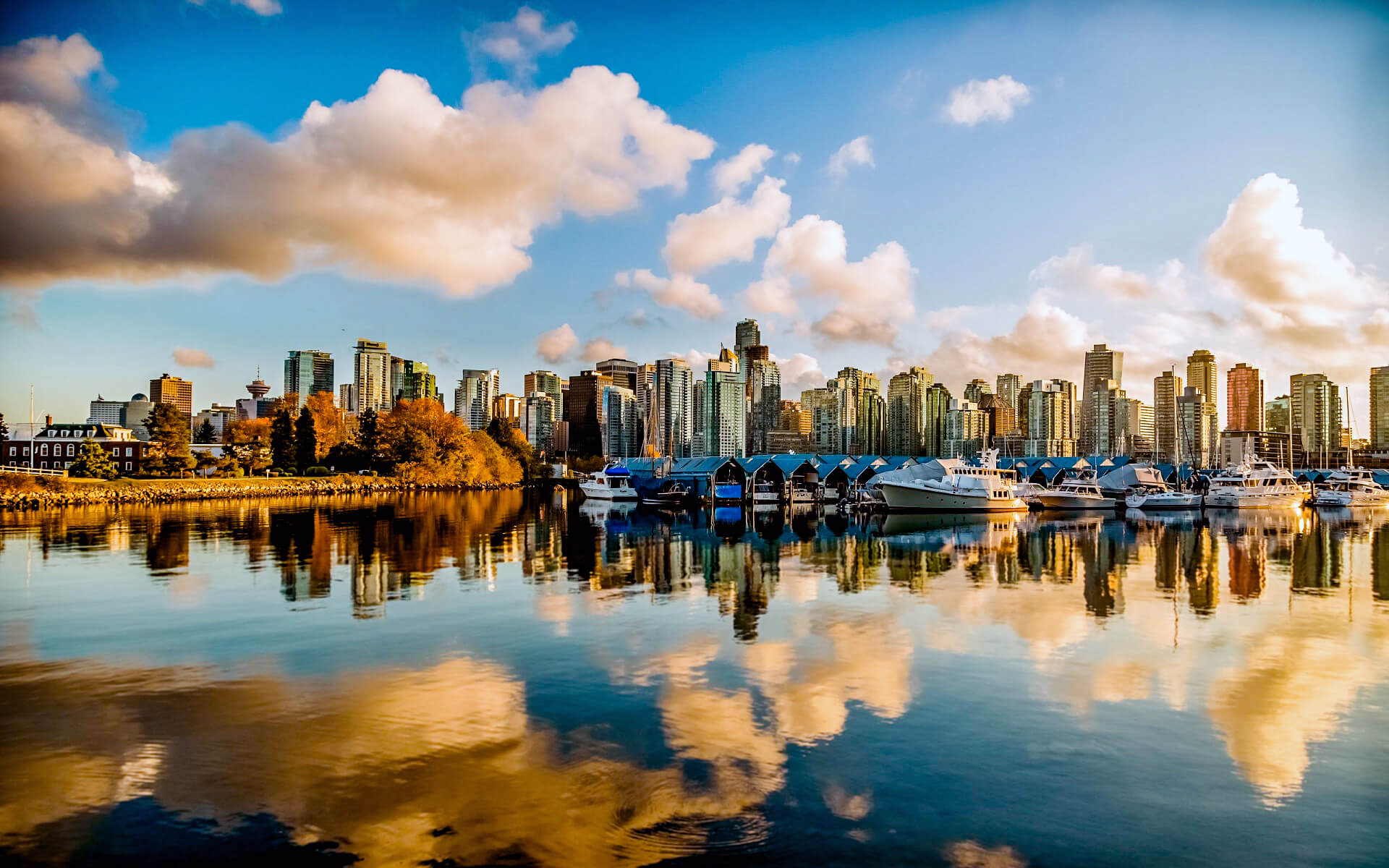 Hamilton is the capital and most populated city in the Waikato region on New Zealand’s North Island.

The city has a land area of around 110 km2 (42 sq mi) on the banks of the Waikato River and a population of 156,800 people, making it New Zealand’s fourth most populated city. Hamilton City is part of the Hamilton Urban Area, which includes the neighbouring towns of Ngaruawahia, Te Awamutu, and Cambridge.

Originally an agricultural service center, Hamilton currently boasts a burgeoning and varied economy and is New Zealand’s third fastest growing metropolitan region (behind Pukekohe and Auckland). Hamilton’s economy is heavily reliant on education and research and development, since the city is home to about 40,000 tertiary students and 1,000 PhD-qualified scientists.

Hamilton is an inland city in New Zealand’s North Island’s Waikato area. The Waikato River, New Zealand’s longest river, runs through the city center. This essentially divides the city in two, with Hamilton West housing the Central Business District and major retail districts. The University of Waikato, among other things, is located in Hamilton East, resulting in a high student population.

Hamilton Gardens is the most popular tourist destination in the area, and it holds the Hamilton Gardens Summer Festival every year. With approximately 7.5 million visits each year to its 190 retailers, The Base is New Zealand’s second biggest shopping mall. The International Council of Shopping Centres awarded Te Awa, an enclosed specialty shop mall at The Base, a silver medal for the second-best expansion in the Asia Pacific area.

Hamilton Zoo, the Waikato Museum, the Hamilton Astronomical Society Observatory, the Arts Post art gallery, and the SkyCity casino are among the other area attractions. Ngaruawahia, the site of Turangawaewae Marae and the house of Mori King Tuheitia Paki, is just a 20-minute drive away.

Because New Zealand is surrounded by water, Hamilton’s climate is oceanic (Köppen: Cfb ), with considerably tempered temperatures. Despite this, being the country’s biggest inland city, winter mornings in Wellington may be chilly by New Zealand standards (the coldest of the North Island’s major cities), with temperatures sometimes dipping as low as 4°C (25 °F). Summers may also be among the warmest in the nation, with temperatures reaching 29°C. Hamilton also has considerable humidity (comparable to tropical climes like Singapore), which may make temperatures seem uncomfortably warm or chilly. Ground frost is prevalent, and snow is conceivable but uncommon. Light flurries fell in mid-August 2011 amid a lengthy cold spell that brought snowfall as far north as Dargaville.

Hamilton gets significant precipitation of around 1,100mm over 125 days per year. This, along with an average of roughly 2000 sunlight hours per year, makes Hamilton and the neighboring Waikato a highly fruitful location.

Summers are often warm and dry, while winters are chilly and damp. Fog is prevalent in the mornings throughout the winter, particularly along the Waikato River, which passes through the city center. Heavy fog frequently clears around midday, resulting in bright and quiet winter days. Because to its interior position in a valley surrounded by steep hills and mountains, Hamilton has the lowest average wind speed among New Zealand’s major cities.

The terrain of Hamilton was sculpted by the last eruption of the Lake Taupo volcano complex 1800 years ago, which pushed waves of volcanic material north and modified the Waikato River’s route to its current path. The landscape of the city is mainly level, with the exception of numerous minor hills such as those near the University of Waikato, Hamilton Lake, Beerescourt, Sylvester Road, Pukete, and to the west of the city, and an extensive network of gullies. One old course of an ancient river may be identified in certain regions, such as Te Rapa. Rain and runoff are still aggressively eroding the rather soft and unconsolidated soil layer.

In its original form, Hamilton and its surroundings were very marshy in the winter, with several of the 30 tiny lakes spilling into adjacent peat swamps. Hamilton is bordered by seven big peat bogs, including Komakorau to the north and Rukuhia and Moanatuatua to the south, as well as other smaller bogs. Peat bog covers an area of about 655 km2. Early Hamilton East pictures show carts submerged up to their axles in heavy muck. The location contained a number of tiny lakes, the most of which have since been drained. It was feasible to row and pull a dinghy from the city to numerous distant farms to the north east until the 1880s. This marshy, wet environment provided an excellent breeding ground for the tuberculosis bacillus, which was a severe health danger back then. To prevent this issue, the original Hamilton hospital was built on a hill. One of the reasons Hamilton’s population development was so sluggish until the 1920s was the difficulty of spanning the numerous arms of the city’s deep marshy gullies. Hamilton features six main dendritic gully complexes, the longest of which being the 15 km long, 12-branched Kirikiriroa system in the city’s north and the smallest being the Mystery Creek-Kaipaki gully complex in the city’s south.

Garden Place Hill, one of the several minor hills known as the Hamilton Hills, was demolished in the 1930s by jobless people using picks and shovels and model T Ford vehicles. A huge concrete wall protects the hill’s western remnants. The original hill went eastward from the current Wintec location to the old post office (now casino). The material was transported 4 kilometers north to partially cover the Maeroa gully next to the Central Baptist Church on Ulster Streat, the major route going north.

Lake Rotoroa (Hamilton Lake) formed around 20,000 years ago. It was formerly part of an old river system that was cut off by deposition material and turned into two tiny lakes separated by a short peninsula. With increased rainfall and drainage from the enormous peat area to the west, the water level rose to the point where the small peninsula was drowned, resulting in the formation of one bigger lake. The lake is 8m deep in the north and 6m deep in the south (hospital end). The original separating peninsula, the beginning of which can still be seen above water on the eastern side, is barely 2m under the surface.

Córdoba, Spain, is one of the few cities in the world with a nearly identical antipodal city.

The city values education and research, which are provided through the University of Waikato and the Waikato Institute of Technology (Wintec). The Ruakura research facilities have been responsible for much of New Zealand’s agricultural innovation. Because of its position in the heart of New Zealand’s biggest dairying region – the Waikato region – the dairy sector is Hamilton’s major source of income.

The National Agricultural Fieldays at Mystery Creek, the southern hemisphere’s largest agricultural trade expo, are held in Hamilton every year. Mystery Creek is the country’s biggest event venue, and it also holds major national events including the Parachute Christian Music Festival, the National Car Show, and the National Boat Show.

Manufacturing and retail are also significant to the local economy, as is health care provided by the Waikato Hospital. Pacific Aerospace, New Zealand’s biggest aircraft manufacturer, produced its 1,000th aircraft in August 2009, and Micro Aviation NZ, which makes and distributes high-quality microlight aircraft. It also boasts the most trailer-boat manufacturers, including Buccaneer. Gallagher Group Ltd, a producer and supplier of electric fence and security systems, is also based in Hamilton. Gallagher has been conducting business in Hamilton since 1938, employing 600 employees.

Tainui Group Holdings Ltd, the Waikato tribe’s business arm, is one of Hamilton’s leading property developers. One of the city’s main landowners is the Waikato tribe. Tainui has property at The Base, Centre Place, Warehouse Central, the University of Waikato, Wintec, the Courthouse, Fairfield College, and the Ruakura AgResearch Centre. The Waikato tribe owns a significant portion of the Novotel Tainui and the Hotel Ibis.

It has built the massive retail center The Base on the site of the ancient Te Rapa airforce base, which was restored to Tainui after expropriation in the 1860s as part of a Treaty of Waitangi settlement in 1995. The Base was subsequently enlarged in mid-2010 with the Te Awa Mall complex stage 1. Te Awa is home to several significant stores, including Farmers and other national specialty businesses. A second level, comprising theatres, restaurants, stores, and an underground parking garage, opened in 2011.

Centre Place (previously Downtown Plaza) in the CBD, Westfield Chartwell, and, most recently, Te Awa at The Base are the city’s three main covered retail malls. Farmers Hamilton will be the anchor tenant in each major mall as it relocates from its current location on the intersection of Alexandra and Collingwood streets to the renovated Centre Place in late 2013.

Frankton’s western suburb has a modest retail complex and the long-standing local furniture and home department store Forlongs. Many other small suburban commercial centres or plazas, such as those in Rototuna, Hillcrest, and Glenview, are centered around a New World or Countdown supermarket.