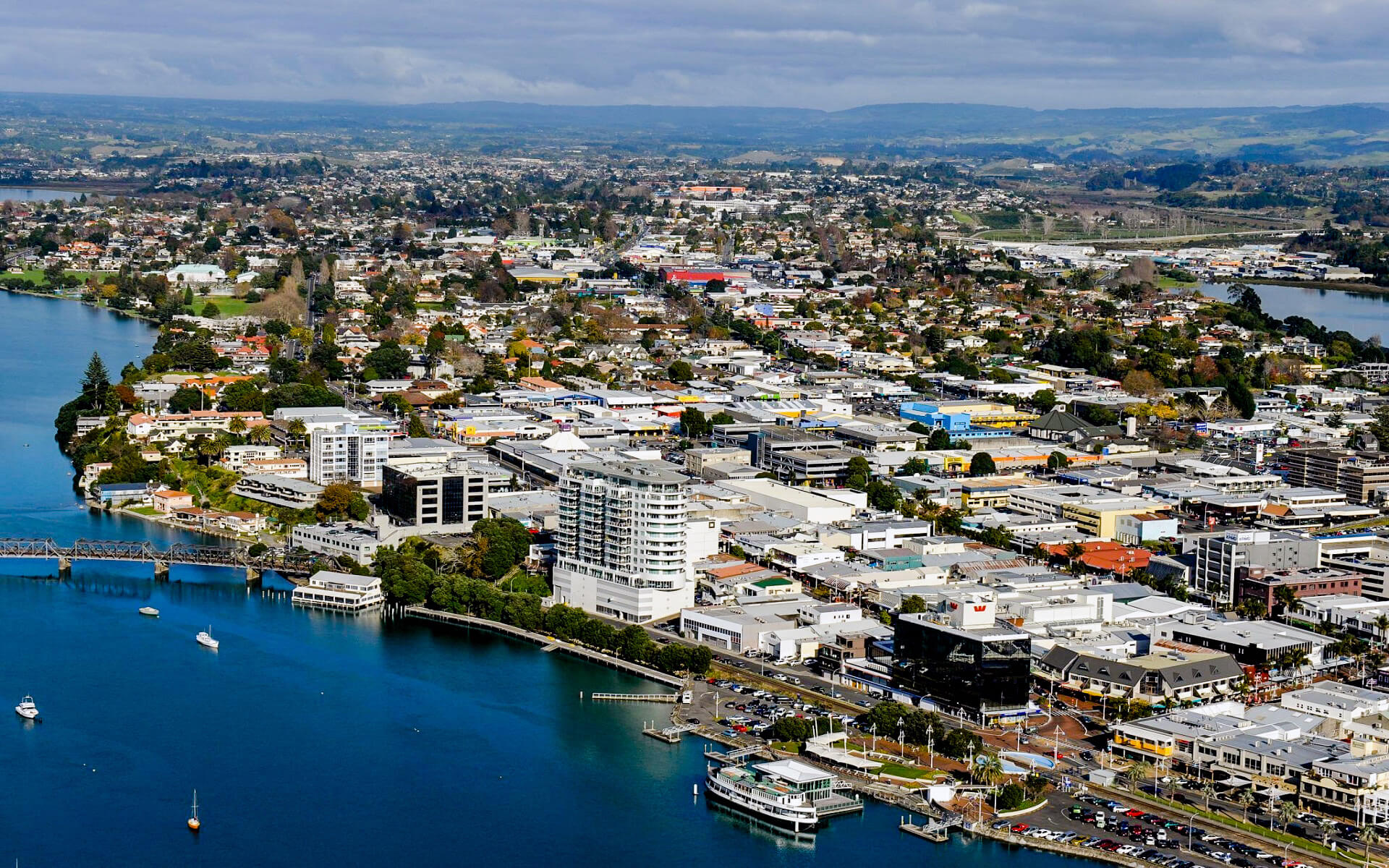 Tauranga is the most populated city in New Zealand’s North Island’s Bay of Plenty area. It was founded by Mori in the late 13th century and by Europeans in the early 19th century, and it became a city in 1963. Tauranga City is the center of New Zealand’s fifth biggest urban region, with a population of 130,800 people (June 2015 estimate).

Summer visitors go to “The Mount” to take advantage of the lovely beaches and fantastic surf. The seas off the coast of Tauranga are excellent for fishing.

Tauranga is situated at the head of a huge harbour that runs the length of the western Bay of Plenty and is sheltered by Matakana Island. Mount Maunganui is a volcanic cone and settlement located five kilometers north of Tauranga at the entrance to the port. Although legally a suburb, “The Mount” is frequently recognized as a satellite town of Tauranga. It is one of New Zealand’s main tourist cities, known for its gorgeous beaches and surfing.

Tauranga is a Maori word that approximately translates to “a protected harbor.” Tauranga has a mild, dry climate due to its protected location on the east coast. As a result, it has become a popular place to retire. The city’s population rises during the summer months as tourists flock to the city.

Much of the area around Tauranga is horticultural land, utilized to raise a variety of fresh vegetables for both home and export use. Tangelos (a grapefruit / tangerine hybrid) and kiwifruit are very popular in the region. Tauranga’s port also sees brisk but seasonal maritime business and is a frequent stop for both cargo ships and luxury cruise liners.

The Tauranga i-SITE Visitor Information Centre, located at 95 Willow St, NW corner of Wharf in the heart of the Tauranga CBD, is the first stop for visitors looking for local tourist information, maps, reservations, and tickets. Most of Tauranga’s biggest sights, shopping, and eating choices are within a 15-minute walk of there.

Tauranga’s climate is oceanic or maritime moderate. Because of the heavy summer humidity, it is also classified as subtropical.

During the summer months, the city’s population grows as tourists flock to the city, particularly along the famed white coastline surf beaches from Mount Maunganui to Papamoa.

Tauranga is built around a wide harbour that runs the length of the western Bay of Plenty and is sheltered by Matakana Island and the extinct volcano Mauao (Mount Maunganui). The Ngamuwahine River lies 19 kilometers southwest of Tauranga.

Tauranga and the Bay of Plenty, which are located along a faultline, undergo rare earthquake activity, and there are a few volcanoes nearby (mainly dormant). White Island and Mauao, dubbed “The Mount” by locals, are the most renowned of them.

Tauranga is about opposite Jaén, Spain.

Much of the area around Tauranga is horticultural land, utilized to raise a variety of fresh vegetables for both home and export use. There are several orchards of kiwifruit and avocados, as well as other crops.

Tauranga Port is New Zealand’s biggest export port, with brisk yet seasonal maritime business. It is a frequent stop for cargo ships as well as luxury cruise liners.

Zadar, located on the Adriatic Sea, is Croatia’s oldest continuously inhabited city. It is the administrative center of Zadar County as well as the...
Read more

Andermatt is a town and ski resort in the Swiss canton of Uri. It is situated at a historically significant crossroads in the Alps. Andermatt...
Read more

Nairobi is Kenya’s capital and biggest city. Nairobi National Park, the world’s only wildlife reserve located inside a large metropolis, is well-known. Nairobi was...
Read more

Düsseldorf is the capital city of the state of North Rhine-Westphalia and a metropolis on the Rhine River in western Germany. With a population...
Read more