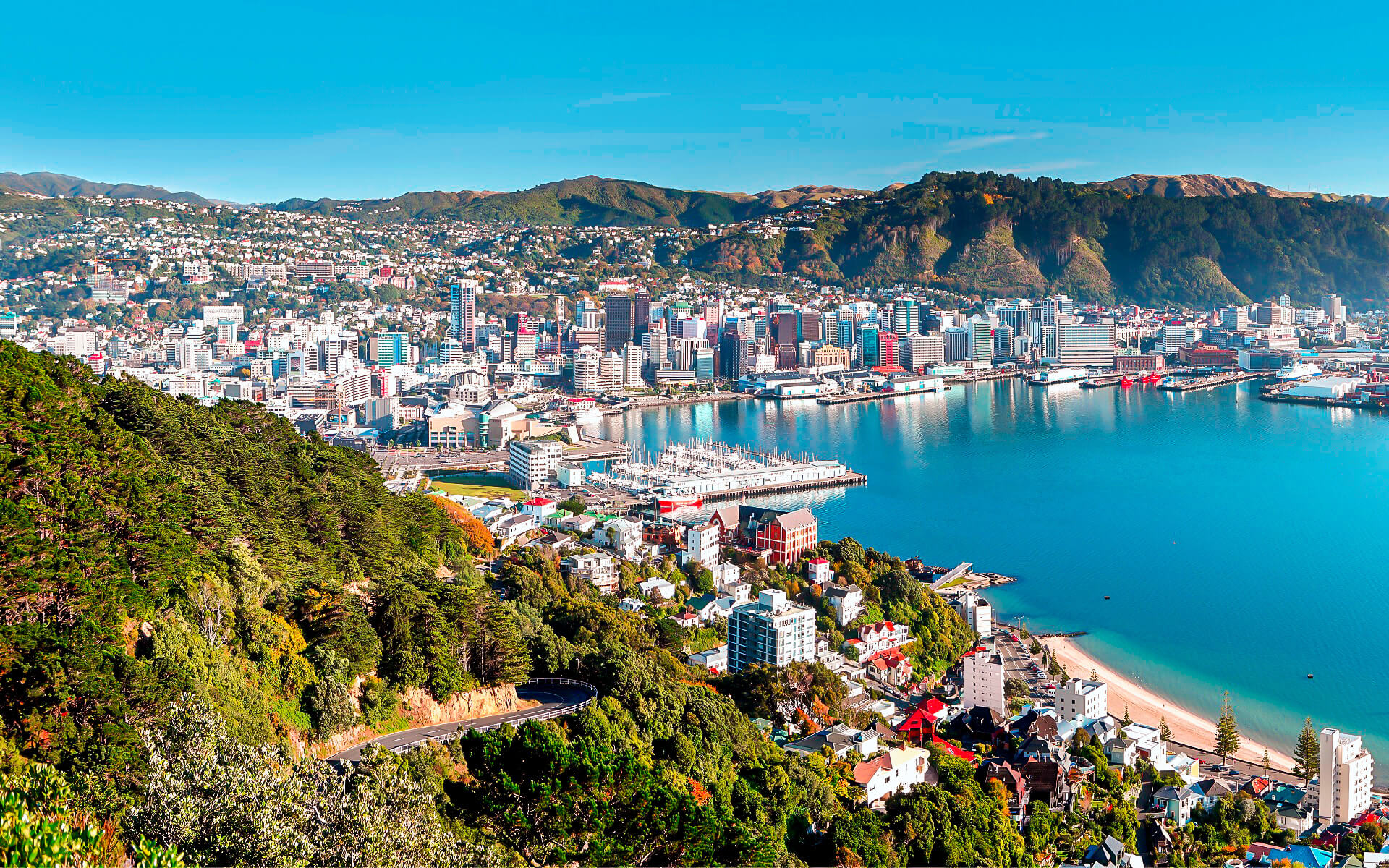 Wellington, New Zealand’s capital city and second most populated metropolitan region, with a population of 398,300 people.

It is situated between Cook Strait and the Rimutaka Range on the south-western tip of the North Island. It is the most populous city in the southern North Island, as well as the administrative center of the Wellington Region, which covers the Kapiti Coast and Wairarapa. Wellington is the world’s southernmost sovereign state capital city.

The city boasts a beautiful harbor that is surrounded by hills and a rough shoreline. Wellington’s allure stems from the fact that it combines a bustling inner-city experience with a taste of New Zealand beauty. And, since it is small, you can taste everything: stores, art galleries, fashionable cafés, and restaurants. A network of walking and bicycling trails is right on its doorstep, and gorgeous wineries and vineyards are just a few hours away.

Wellington has a diverse range of theatre, music, dance, fine arts, galleries, and museums. It also houses one of the country’s most important attractions, the Museum of New Zealand Te Papa Tongarewa.

Wellington was rated 12th in the globe in the 2014 Mercer Quality of Living Survey.

Positively Wellington Tourist, an award-winning regional tourism organization established as a council-controlled organization by Wellington City Council in 1997, promotes Wellington as the “coolest small capital in the world.”

The Museum of Wellington City & Sea, Wellington Zoo, Zealandia, and the Wellington Cable Car are all popular tourist destinations. In conjunction with national growth, cruise tourism is witnessing a significant increase. During the 2010/11 season, 60 liners carried 125,000 passengers and crew. In the 2011/12 season, 80 boats were scheduled for visits, bringing in more than NZ$31 million to the economy and reflecting a 74% growth in only two years.

Because of its small size, cultural attractions, award-winning eateries, and proximity to government offices, Wellington is a popular conference tourism destination. There were 6495 conference events involving roughly 800,000 delegate days in the fiscal year ending March 2011; this invested about NZ$100 million into the economy.

Wellington Visitor Information Centre (iSITE), Civic Square, Corner Victoria and Wakefield St, +64 4 802-4860, toll-free: 0800 933 5363. They can plan accommodation, excursions, and give important information about Wellington and the surrounding regions, so this is a fantastic spot to start your Wellington stay. Their website offers the same information and is worth a look before you go.

The city receives an average of 2,059 hours of sunlight each year.

In the winter, the city is infamous for its southerly winds, which may make the temperature seem considerably colder.

The weather is often quite windy all year, with heavy rainfall; the average annual rainfall is 1,244 mm (49 in),

The wettest months are June and July.

Between May and September, frosts are extremely prevalent in the hill suburbs and the Hutt Valley. Snow is uncommon at low elevations, however snow fell on the city and several other areas of the Wellington region in separate incidents in July and August 2011.

Wellington is located on the northwestern point of the North Island, on Cook Strait, which separates the North and South Islands. On a clear day, the snowcapped Kaikoura Ranges may be seen over the sea to the south. The Kapiti Coast’s beautiful beaches reach to the north. The Rimutaka Range separates Wellington from the vast plains of the Wairarapa, a nationally renowned wine area, to the east. Wellington is the world’s southernmost capital city, located at 41° 17′ South latitude. It is also the most isolated capital city, located the farthest away from any other capital.

The government sector has long been a cornerstone of the economy, rising and falling alongside it. Historically, its central position meant that it was home to numerous head offices from many industries, including banking, technology, and heavy industry, many of which have subsequently transferred to Auckland as a result of economic liberalization and privatisation.

Wellington Central Library (in the city square, next to the information centre). It’s vast, with plenty of places to relax and read, or if you bring your laptop, you can connect to one of the city’s paid-for Wi-Fi networks to link home. There is no admission fee.

CBD Free WIFI,  +64 4 909 7625. There is free WiFi on the waterfront between the Railway Station and Te Papa. Some advertisements help to fund this.