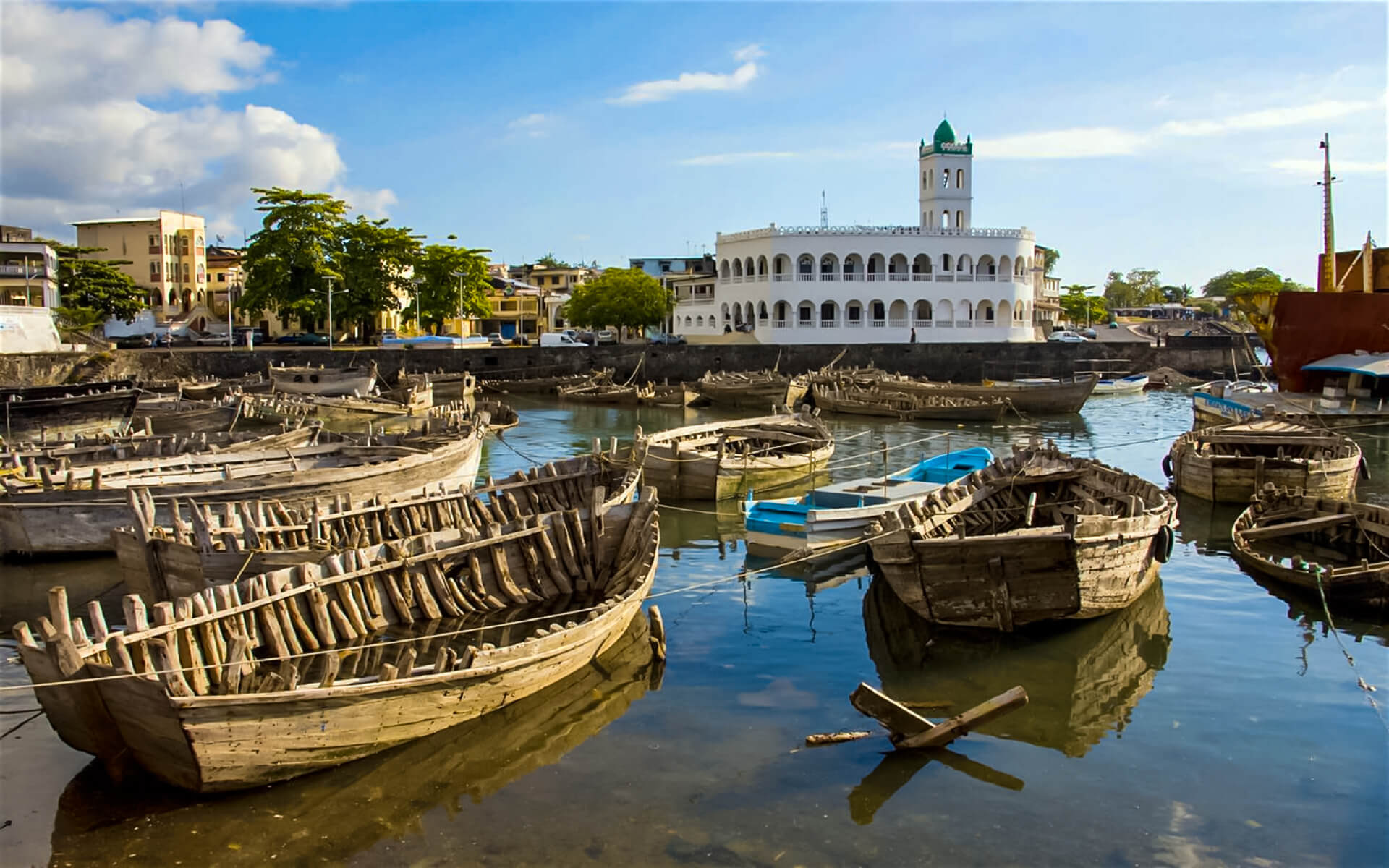 The Union of the Comoros is a sovereign island republic in the Indian Ocean with Moroni as its main city, federal capital, and seat of government.

Moroni means “in the midst of the fire” in Comorian, perhaps referring to the city’s position at the foot of Mount Karthala, an active volcano.

Moroni is the capital of the semi-autonomous island of Grande Comore, which is the biggest of the republic’s three major islands.

Moroni includes a harbor and many mosques, including the Badjanani Mosque, which is located along Route Nationale 1.

Moroni has a tropical rainforest environment with high precipitation throughout the year, with the exception of October, which receives less than 100 mm of rain on average.

It rains every month of the year, with an average annual rainfall of 2,700 millimetres (110 in).

From November through April, the monsoon season is in full swing. The humidity level is between 69 and 79 percent.

The city is located on the island of Grande Comore (also known as N’gazidja) on the western shore.

The rugged volcanic coastline of Moroni is generally devoid of beaches. The remnants of the Sultans Fort and Palace, erected in the 15th century, may be seen on a little beach north of town at Itsandra.

Moroni lies 10 kilometers (6 miles) northwest of the volcano’s crater, at the foot of Mount Karthala. With a circumference of nearly 1 mile (1.6 km) and erupting every eleven years for the previous two hundred years, the 2,361-meter (7,746-foot) high active volcano is said to be one of the world’s greatest active volcanoes. Due to volcanic ash, a huge number of individuals were displaced during the 2005 eruption.

Vanilla, cocoa, coffee, soft beverages, processed and distilled essential oils, metal and wood goods, and processed pozzolana (cement) are all manufactured on the island and exported through the port.

The tourism infrastructure is in a state of disarray.

Several marketplaces, notably the ancient market and the Dubai Market, are located to the south of Moroni (Marche Dubai).

The Medina, the old town center, is a tangle of small lanes and ancient Swahili structures, although it is in bad condition. The historic city center is modeled after Stone Town in Zanzibar, however it is much smaller. There are several mosques in the Medina, including the Badjanani Mosque pr Ancienne Mosquée de Vendredi (old Friday mosque), which is the Medina’s oldest mosque. It was originally constructed in 1427, with a minaret added in 1921. National and international concerts, celebrations, conferences, film screenings, and seminars are held in the Alliance Franco-300-seat Comorienne’s theatre. The 700-seat Al-Kamar, the 500-seat Palais du Peuple, and the 300-seat Foyer des Jeunes de Foumbouni are among the other venues.

Moroni boasts many commercial malls, hotels, and a nightclub. When the adjacent Karthala volcano is dormant, it is also a popular trekking destination. Apart from the mosque, the Historical and Literary Museum is another attraction in the port area. A fishing community on the fringes of the city is highly renowned for the Coelacanth fish species.

Senegal is a West African nation. Senegal is bounded to the north by Mauritania, to the east by Mali, to the southeast by Guinea,...
Read more

Kaunas is Lithuania’s second-largest city and has long been a center of Lithuanian economic, intellectual, and cultural life. Since 1413, Kaunas has been the...
Read more

Eleuthera refers to both a single island in the archipelagic state of The Commonwealth of the Bahamas and a series of smaller islands that...
Read more

Ushuaia is the provincial capital of Argentina’s Tierra del Fuego, Antártida, and Islas del Atlántico Sur province. It is often referred to be the...
Read more

Banja Luka is the biggest city in Bosnia and Herzegovina, after Sarajevo, and the largest city in the Republika Srpska entity. It has traditionally...
Read more

Sharjah is the UAE’s third biggest and third most populated city, and is part of the Dubai-Sharjah-Ajman metropolitan region. It is situated in the...
Read more
Travel tips