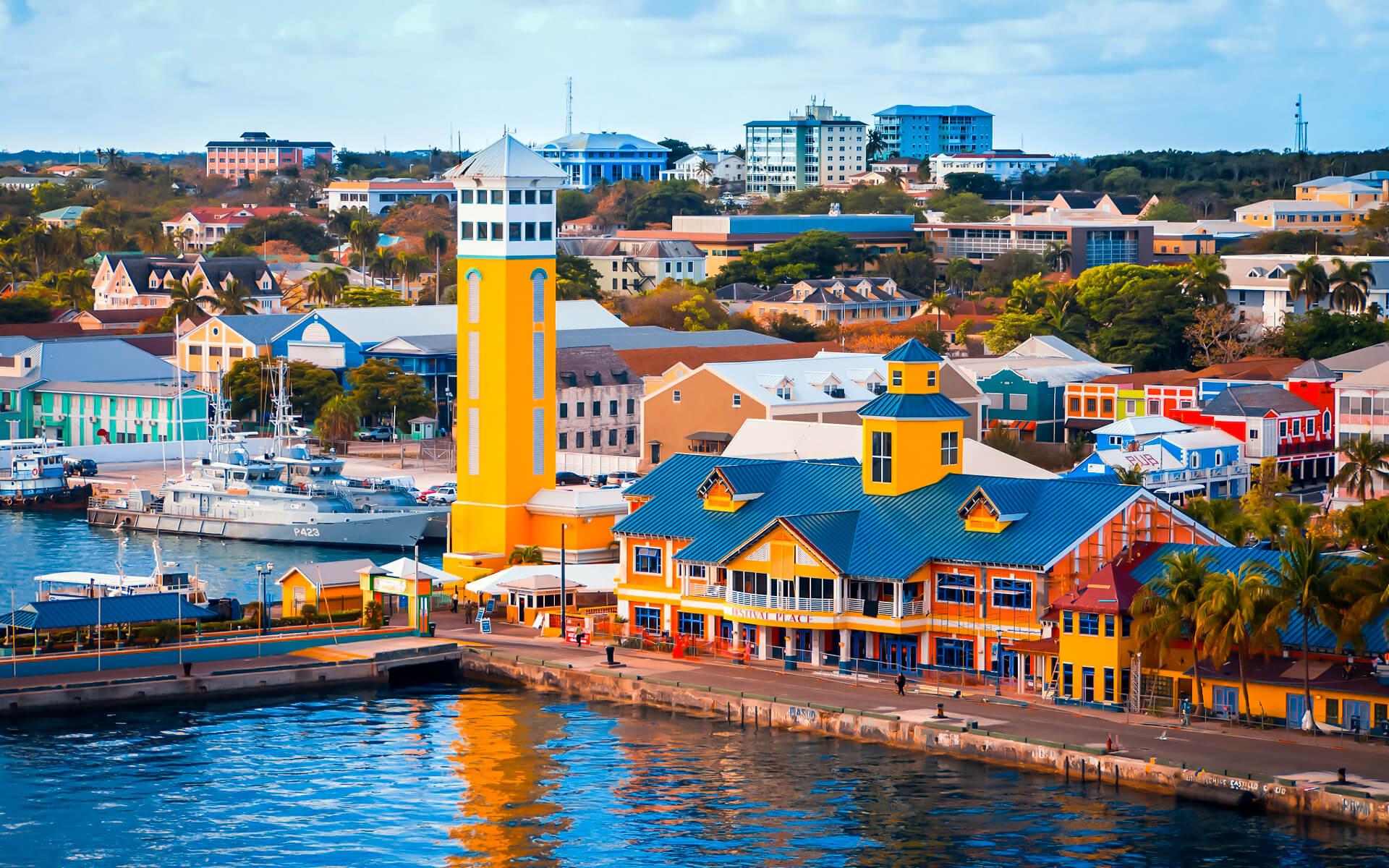 Nassau is the Commonwealth of the Bahamas’ capital, biggest city, and commercial center.

The population of the city is 259,300 people (nearly 80 percent of the entire population of the Bahamas). The principal airport for the Bahamas, Lynden Pindling International Airport, is situated approximately 16 kilometers (9.9 miles) west of Nassau city center and provides daily flights to major cities in the United States, the Caribbean, Canada, and the United Kingdom.

The city is on the island of New Providence and acts similarly to a commercial district. Nassau, which houses the House of Assembly and numerous court agencies, was traditionally regarded as a pirate stronghold. In honor of William of Orange-Nassau, the city was named after Nassau, Germany.

Nassau’s contemporary development started in the late eighteenth century, with the arrival of thousands of American Loyalists and their slaves in the Bahamas after the American Revolutionary War. Many of them landed in Nassau (then and currently the Bahamas’ commercial center) and ultimately outnumbered the indigenous residents.

Nassau has been designated as a city of Crafts and Folk Art by the UNESCO Creative Cities Network. It is one of just two Caribbean cities that have received this distinction.

Downtown Nassau is the focal point for all events. Thousands of visitors arrive every day to shop, eat, sightsee, and enjoy the city’s tropical atmosphere. While the Bay Street roadway and the Woodes Rogers Walk, situated across the street from the port and parallel to Bay, are the busiest parts of Downtown, the region stretches for several blocks in either direction. It begins at West Bay, close to Junkanoo Beach. West Bay is home to a few hotels and eateries.

Famous historical monuments such as Vendue House, Christ Church Cathedral, and the Nassau Public Library are also nearby. Although the tourist section of Downtown dwindles after roughly seven blocks, smaller, more local shops may be found all the way along Bay Street. Bay Street becomes East Bay at this location.

On a normal day, the new Straw Market is likewise fairly crowded. After a fire in 2001, it was rebuilt with a new, more contemporary appearance. It is divided into four portions, the last of which leads to Nassau Harbour at the rear. There are also a lot of jewelry stores and pubs in the neighborhood. Pompey Square is the next tourist hotspot on the horizon.

Cable Beach is known as Nassau’s hotel district. This area is home to five massive hotels, two of which are all-inclusive. The Crystal Palace Casino and the sandy beaches of Cable Beach are additional popular attractions in the vicinity. The majority of the eateries in the neighborhood are either in the hotels or across the street. There is little to no nightlife in the area. There is some shopping, most of it is in the Wyndham. Cable Beach’s economic future is being reimagined with the building of Baha Mar, a resort and casino project that will bring more than 2,000 hotel rooms and the Caribbean’s biggest gaming and convention facilities to this portion of New Providence Island in the spring of 2015. (estimated opening date).

Take a stroll around Old Town, which is an unusual combination of abandoned ruins and vibrant Caribbean constructions. It doesn’t take long to move away from the tourist traps in the city center. Take a ten-minute walk uphill to the pink Parliament Building, which has an enthroned Queen Victoria statue in front.

Ardastra Gardens, Zoo, and Conservation Center Visit the only zoo in the Bahamas. Check out the flamingo parades. Allow the parakeets to settle on you as you feed them. $15.

National Art Gallery of the Bahamas, West and West Hill Streets, Nassau, Bahamas This museum, which opened in 2003, exhibits Bahamian art from the precolonial period to the present. The art is of varying quality, to say the least, but the refurbished edifice — previously the house of the Chief Justice — is a sight to see. Adults pay $5, students/seniors pay $3.

Pirate Museum, which includes recreations of a pirate village, a pirate ship, and a pirate fight, as well as a few authentic items. It’s cheesy, but it’s entertaining. Take a guided tour if possible. $12.

Fincastle Fort. A modest fort erected in 1793 on a small hill south of Nassau that overlooks the city. There are many cannons on exhibit. Tours are available Monday through Sunday from 8 a.m. to 3 p.m.

Bay St. Straw Market Originally a residents’ market, this is now mostly dedicated to touristic trinkets. If you’re looking for souvenirs, this is the place to go. Don’t be put off by the original price since this is the one place you can bargain for a lower one. Americans don’t have to worry about converting money either, since US currency is widely acknowledged.

Nassau, located on New Providence Island, features a beautiful harbor, a colorful mix of old world and colonial buildings, and a bustling port. Nassau is a famous tourist destination due to the tropical warmth and natural beauty of the Bahamas.

Nassau grew up just behind the port. New Providence has 200 square kilometers of generally flat and low-lying ground interrupted by low ridges (none of which restricted settlement). Several tiny lakes are tidally linked in the center of the island.

The city’s closeness to the United States (290 kilometers east-southeast of Miami, Florida) has contributed to its appeal as a vacation destination, particularly when the United States banned travel to Cuba in 1963. The Atlantis resort on adjacent Paradise Island attracts more visitors to the city than any other hotel. The mega-resort employs approximately 6,000 Bahamians and is the country’s biggest employer other than the government.