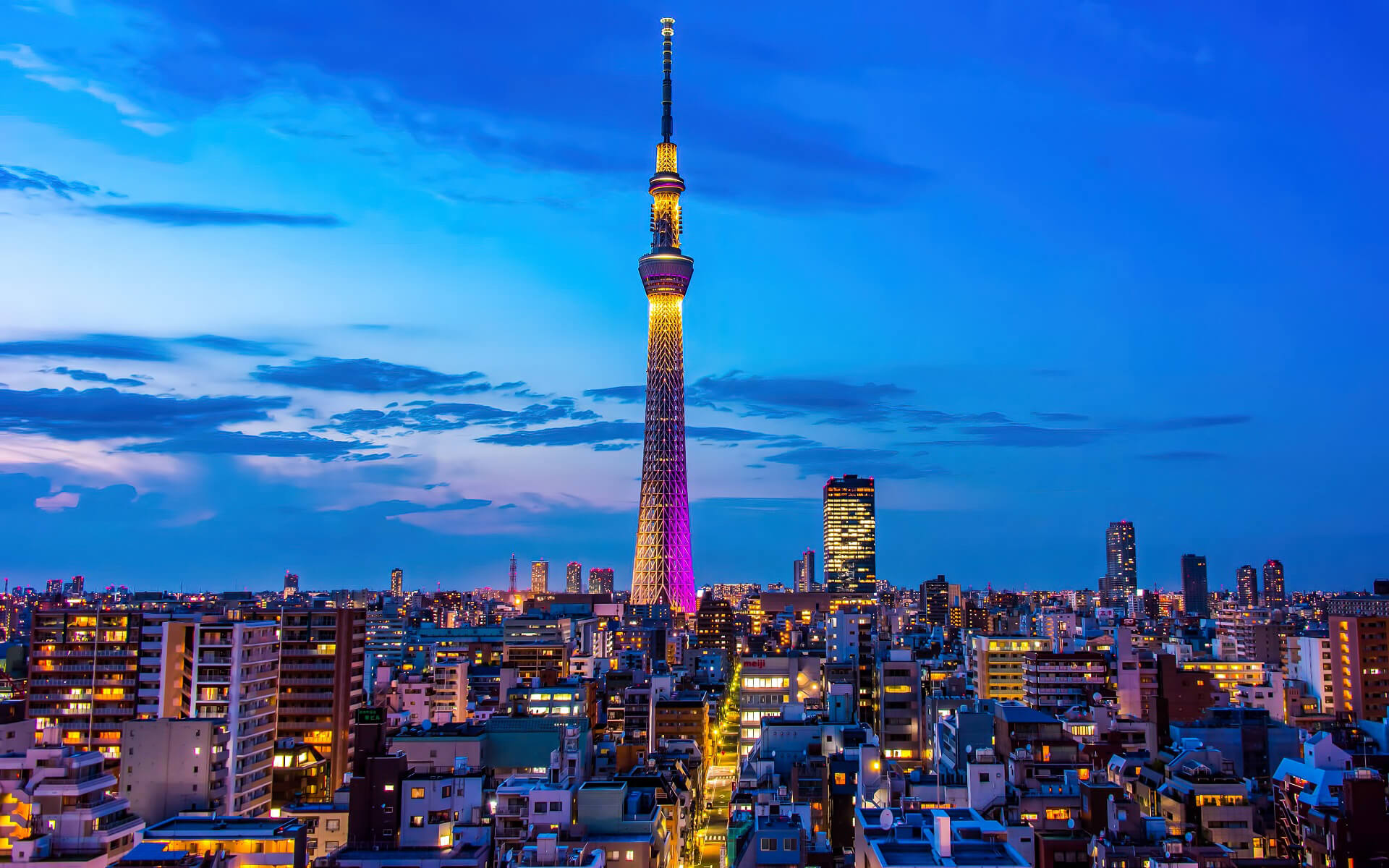 Tokyo is Japan’s vast and prosperous city, brimming with culture, trade, and, most importantly, people.

Tokyo, the world’s most populous metropolitan region, is a fascinating and vibrant city that blends high-tech dreams of the future with glimpses of ancient Japan. From cutting-edge technology and sparkling skyscrapers to cherry blossoms and the Imperial Palace, this city encapsulates the whole of Japanese history and culture.

Tokyo definitely has much to offer every visitor.

The temples of Asakusa, the grounds of the Imperial Palace (near Chiyoda), and the Meiji Shrine are the first things on most tourists’ agendas when they arrive in Tokyo.

Tokyo boasts a plethora of commercial districts where you may go shopping, dine, or just roam about to get a sense of the contemporary Japanese urban phenomena. Each of these districts has its own distinct personality, such as sparkling Shinjuku, lively Shibuya, and upscale Ginza. These locations are busy throughout the day, but they truly come alive in the nights.

The city is strewn with museums, both big and little, specializing in anything from pens to ancient clocks to traditional and contemporary arts. Many of the city’s biggest museums are concentrated around Ueno.

The old city of Tokyo, as well as the bulk of mainland Tokyo, have a humid subtropical climate with hot humid summers and typically pleasant winters with chilly periods.

The annual rainfall averages almost 1,530 mm (60.2 in), with a wetter summer and a dryer winter. Snowfall is infrequent but occurs practically every year.

The mainland section of Tokyo is located northwest of Tokyo Bay and measures around 90 kilometers (56 miles) east to west and 25 kilometers (16 miles) north to south. Tokyo has an average elevation of 40 meters (131 ft). Chiba Prefecture borders it to the east, Yamanashi Prefecture to the west, Kanagawa Prefecture to the south, and Saitama Prefecture to the north. Mainland Tokyo is further separated into special wards (which constitute the eastern half) and the Tama region, which extends westwards.

Tokyo Metropolis also includes two island chains in the Pacific Ocean to the south: the Izu Islands and the Ogasawara Islands, which span more than 1,000 kilometers (620 miles) from the mainland. Because of these islands and the hilly regions to the west, Tokyo’s total population density numbers drastically understate the true figures for the city’s urban and suburban areas.

Aside from these 23 special wards, Tokyo has 26 additional cities (-shi), five towns (-ch or machi), and eight villages (-son or -mura), each with its own local administration. The Tokyo Metropolitan Government, which governs the whole metropolis, is led by a governor and metropolitan assembly who are chosen by the general population. Shinjuku Ward is home to its headquarters.

Tokyo boasts the world’s biggest metropolitan economy. Tokyo is home to 51 of the Global 500 firms, about double the number of the second-placed city (Paris).

Tokyo is a prominent worldwide financial center that is home to the headquarters of some of the world’s top investment banks and insurance corporations, as well as a hub for Japan’s transportation, publishing, electronics, and broadcasting sectors. During Japan’s postwar economic development, several prominent corporations relocated their headquarters from locations such as Osaka (the historical commercial hub) to Tokyo in order to have greater access to the government. This tendency has started to decelerate as a result of Tokyo’s continued population expansion and high expense of living.

The Economist Intelligence Unit ranked Tokyo as the most expensive (highest cost-of-living) city in the world for 14 years in a row, ending in 2006.

Tokyo, along with New York City and London, has been regarded as one of the three “command hubs” for the global economy.

Tokyo’s tourism industry also contributes to the city’s economy. According to the Tokyo administration, 4.81 million overseas visitors and 420 million Japanese visitors visited Tokyo in 2006, with a total economic value of 9.4 trillion yen. Many visitors visit the many downtowns, businesses, and entertainment areas across the special wards of Tokyo; for schoolchildren on field excursions, a visit to the Tokyo Tower is mandatory. Cultural offerings include the ubiquitous Japanese pop culture and associated districts such as Shibuya and Harajuku, as well as subcultural attractions such as the Studio Ghibli anime center and museums such as the Tokyo National Museum, which houses 37 percent of the country’s artwork national treasures.

Tsukiji Fish Market in downtown Tokyo is the world’s largest wholesale fish and seafood market, as well as one of the world’s largest wholesale food marketplaces of any sort. The Tsukiji market upholds the traditions of its forefather, the Nihombashi fish market, and serves over 50,000 buyers and sellers each day. Retailers, wholesalers, auctioneers, and ordinary residents all attend the market, producing a unique microcosm of ordered chaos that, after four centuries, continues to power the city and its food supply.

There are good connections accessible in Internet cafés all around the place. Expect to get paid between ¥400 and ¥500 per hour. “Gera Gera” is a well-known chain. Paid WiFi service is also becoming popularity in Tokyo, providing enough coverage for a fee. WiFi services are possibly inconvenient for individuals who are only passing through.

If you bring your own computer with a WLAN card, you may discover wifi connections at fast food restaurants such as McDonald’s or Mos Burger. You may possibly be able to make a connection at one of the countless coffee shops. Simply seek for a sign indicating a wifi connection in the front display or PCs inside the business. It’s worth noting that free wifi isn’t nearly as common in Japan as it is in the West.