The Japanese city of Bepu is constantly shrouded in a veil of steam due to 3,000 thermal springs that discharge about 130,000 tons of hot water a day.

The cause of that is the largest active volcano Aso in Japan, about 1,592 meters high, which is located 96 kilometers from the city. 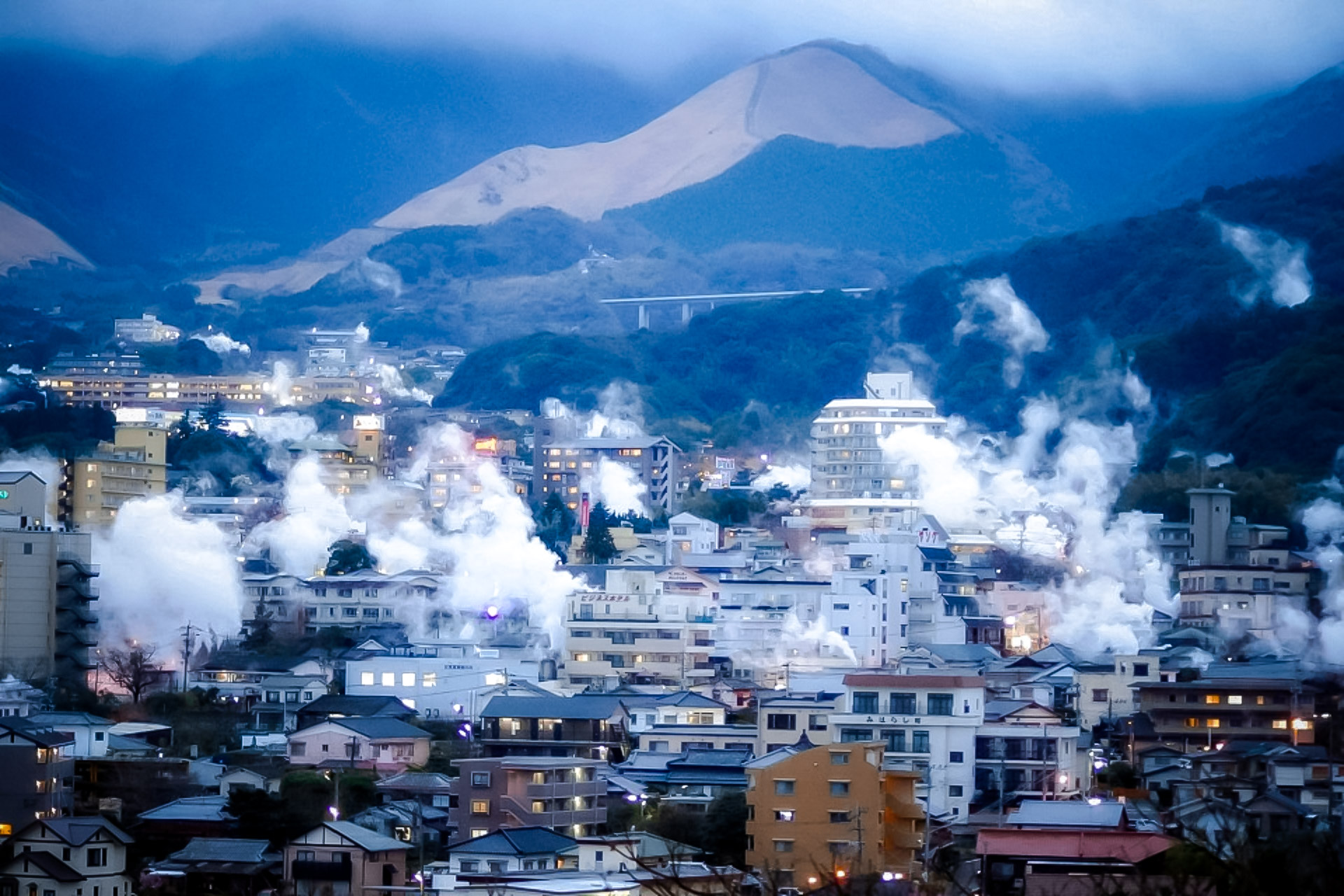 Bepu is the place with the largest number of thermal springs in the world, and the eight largest geothermal springs are too hot for swimming, so they are often called “the eight hellish entrances of Bepu”.

Visitors to this “hell city” can bathe in hot springs, but hot water from these springs is also piped to houses and businesses.