This mysterious Tower of the Winds is an ancient clock tower made of the famous white marble from the nearby mountain Penteli. It was recently opened to the public after 200 years of work of the Athens Archaeological Society on its complete conservation and restoration. It is part of the Roman agora, which is today located in the old town between the bohemian Plaka and Monastiraki. The Wind Tower is one of the most fascinating ancient monuments in Athens. It is actually a combination of a sundial, a water clock and a weather vane, although many consider it a planetarium, whose mechanism followed the movement of the Sun, the Moon and five planets visible from the Earth.

It is assumed that it was built in the second half of the 1st century BC. It is first mentioned in ancient writings in 37 BC in the works of the Roman scientist Mark Terence Varon. It is described in detail in the famous treatise “Ten Books on Architecture” which brought the flattering “title” of the first theorist of architecture in history to Mark Vitruvius, a Roman writer, and military engineer and architects Julius Caesar and Octavian Augustus. 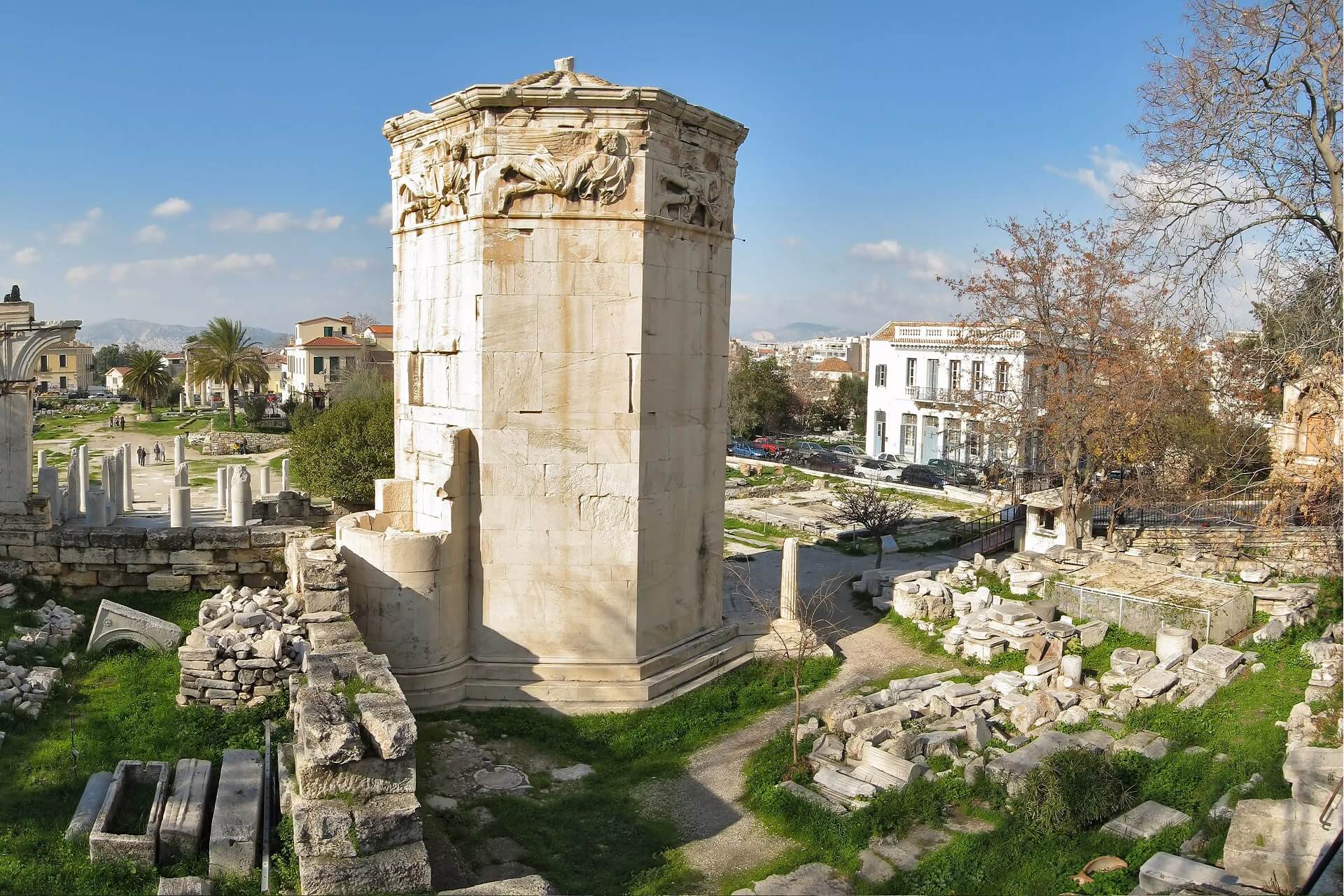 “Some thought that there were only four winds … Those who examined them in more detail said that there were eight of them. To show this, Adronicus of Cyrus built a marble octagonal tower in Athens and carved reliefs on each side of the octagon. each of which represents one wind. Each relief is turned to the point where that wind blows. On top of the tower he placed a marble cup and on it a bronze Triton holding a rod in his right hand. “So it was done that the wind, as it blows , he turns and always stops with his face turned towards that wind and directs the rod above the representation of the wind that blows, so he shows it that way “, states Viruvije, writing about the architects who researched the influence of the wind on urbanism.

This architectural but also scientific marvel, by the famous ancient Greek astronomer Andronicus of Cyrus, is a mixture of Doric and Corinthian styles. The tower is 12.3 meters high, and the length of the octagonal connecting walls of the tower is 3.2 meters. It has three levels. At the top of the tower, in shallow relief, there are eight Greek gods of wind: Borei, Kekija, Eur, Apeliot, Not, Liva, Zefir and Skyron. Below them were sundials, and inside was an hourglass-water clock, powered by water from the Acropolis. It is assumed that even in Roman times, the tower was left without a Triton and a hydraulic mechanism. 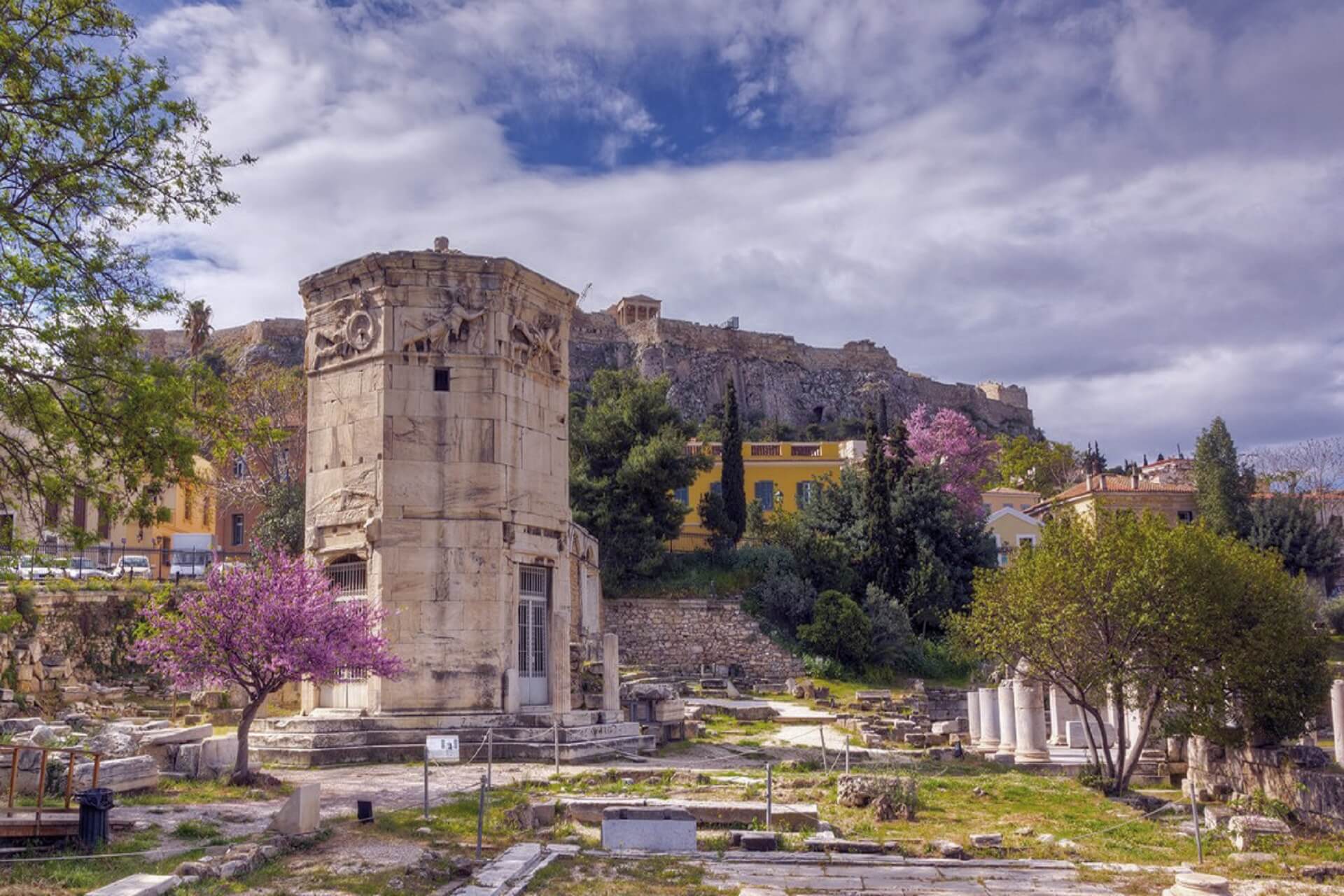 The wind tower was used as a baptistery in the time of early Christianity. It is assumed that it was Socrates’ dungeon during the Middle Ages, and the Turkish travel writer Evliya lebelebi claimed that King Philip of Macedon was buried in it. Later, for a time, there was a tekke of the Mevlevi – a Sufi dervish order, whose founder was the Persian poet and philosopher Mevlana Jalaluddin Rumi. After the liberation of Athens from the Turks, the Tower of the Winds became the concern of archaeologists. The Oxford Observatory, the towers in Livorno and Sevastopol, the mausoleum of one of the founders of the Greek National Library, Panagi Valianos, which is located in London’s West Norwood Cemetery, were later built on its models.

Previous articleWelcome to “HELL”: A city shrouded in a veil of steam
Next articleEnchanting Destinations That Tourists Constantly Overlook