Marieta Islands is made from a volcanic activity thousands of years ago, not far from the mexican coast. From the city of Puerto Vallarta is about an hour away by boat.

The biggest tourist attraction is the hidden beach that can be reached by swimming through a tunnel long about fifty meters.

The sand here is very soft, the water is pleasant for swimming and nearby there coral reefs which amateur divers like to explore.

Because of it`s beauty is a major tourist attraction, and given that it is isolated it is mainly visited by couples. Because of that it nickname ‘beach love’ not surprising.

However, it’s origin has nothing to do with love. The mexican government has conducted experiments on the island during World War II. Specifically, trying on the most effective weapon of that time.

Detonation caused a large hole above the ‘beach love’, and it is believed that the island is full of unexploded explosive devices, but it isn’t  recommended for study by unbeaten paths.

The island is extremely rich in flora and fauna, which is why this area is protected and declared as a national park in the sixties. 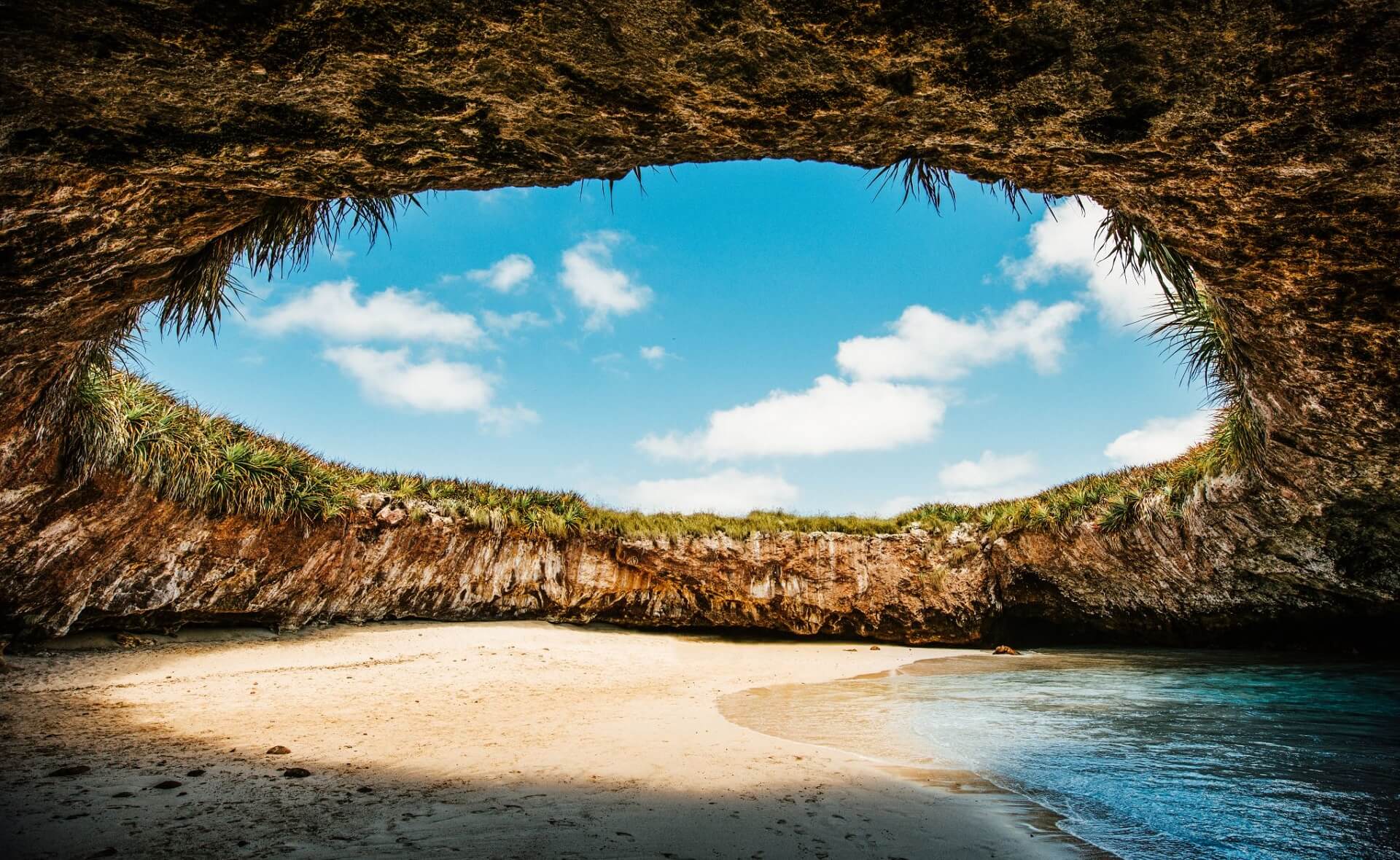