After the Romans conquered Galicia 2000 years ago, annexing this territory to the huge and powerful Roman Empire, they minted gold coins here from gold obtained from nearby mines. The Galician government, which still monitors abundant reserves of the precious metal, has discovered several new mines.

The massive rocks on the beach of the cathedral (Praia de As Catedrais) in Galicia, in northwest Spain, may hide ancient treasures. For thousands of years the Bay of Biscay, better known as the Cantabrian Sea, has mourned the massive rocks on the Cathedral beach, into which huge stone arches and caves have been carved. But as the rocks were shaped, the constant floods “washed away” the evidence of the ancient hidden treasure. 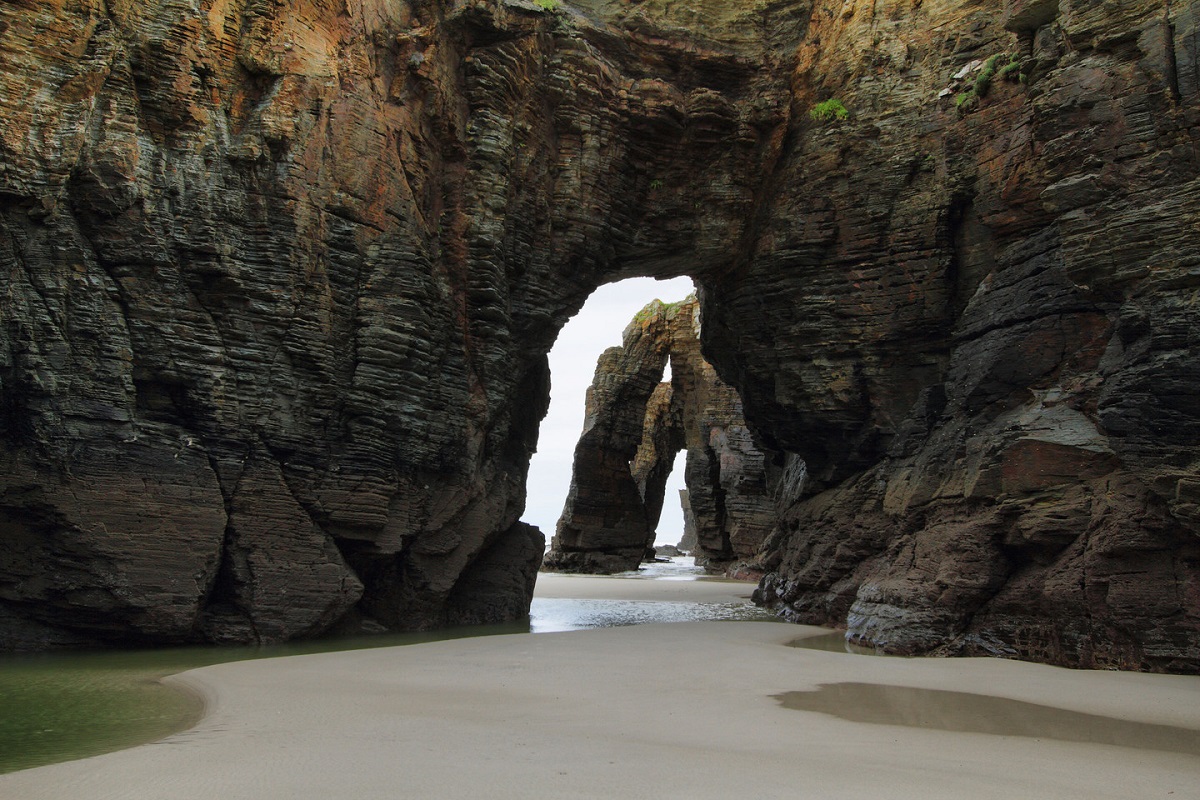 The Galician government, which still oversees the abundant reserves of precious metal, has discovered several new mines used by the Romans, which indicate that gold was also mined in submerged caves on Cathedral Beach. Galicia is an area very rich in gold, and the beach has found itself in the spotlight due to potential evidence of Roman gold mines on the beach itself.

The government has decided to protect this area as a cultural asset, instead of researching its history. They recently reduced the number of visitors to 4,812 per day, in the period from July to October. Last year, over 250,000 appointments were made for visitors, and most of them referred to domestic travelers, who adore this area precisely because of the beautiful rocks and shapes that the water has created. 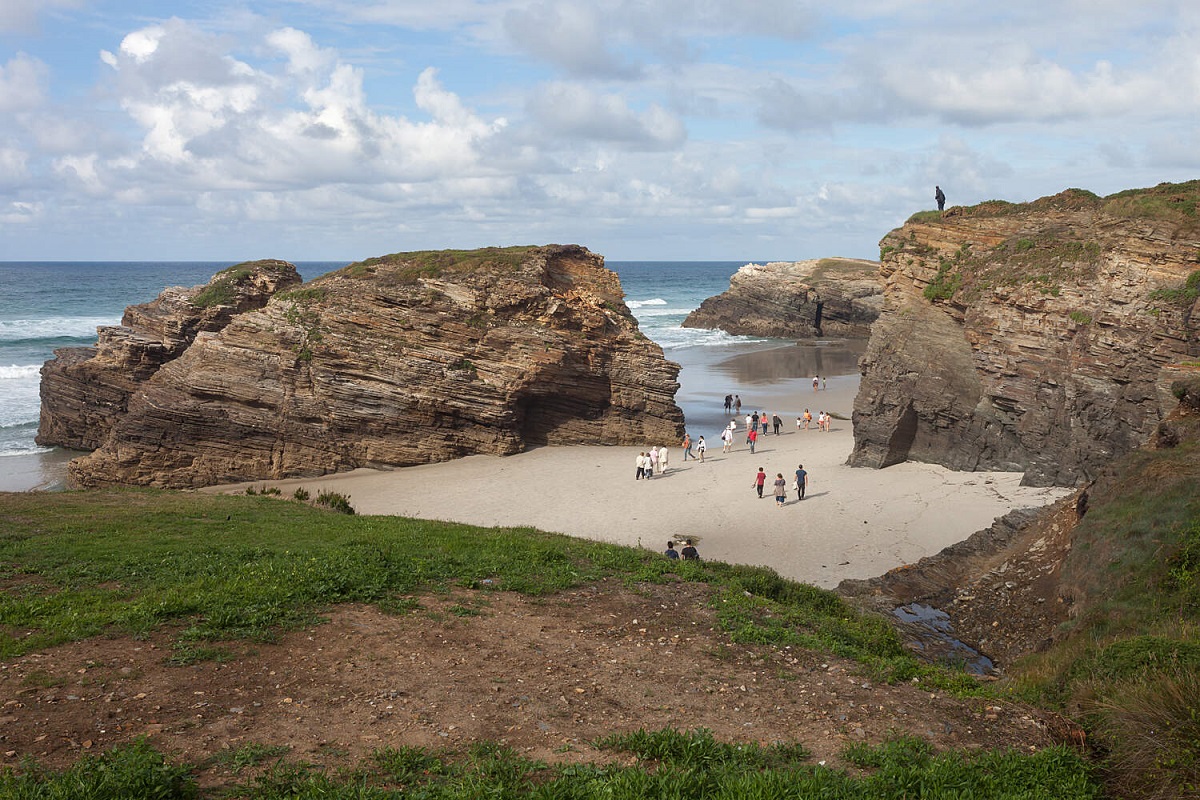 At low tide, when the sea is calm, visitors can walk under stone arches and in dark caves along the coast. After high tide, the entire beach is under water, the caves are inaccessible and from the nearby cliffs, stone formations can be observed. The beach itself stretches along the coast of the province of Lugo in the Spanish province of Galicia, a region known mainly for pilgrims who come to the Cathedral of St. Joseph in the capital Santiago de Compostela, where the tomb of the saint of the same name is located.

From here, the pilgrims continue to Finistere, a peninsula on the west coast of Galicia, which was considered the end of the world during the Roman Empire. Not far from the beach, there is a stone round formation whose purpose is unknown, and it is believed that it is connected with Stonehenge in England. 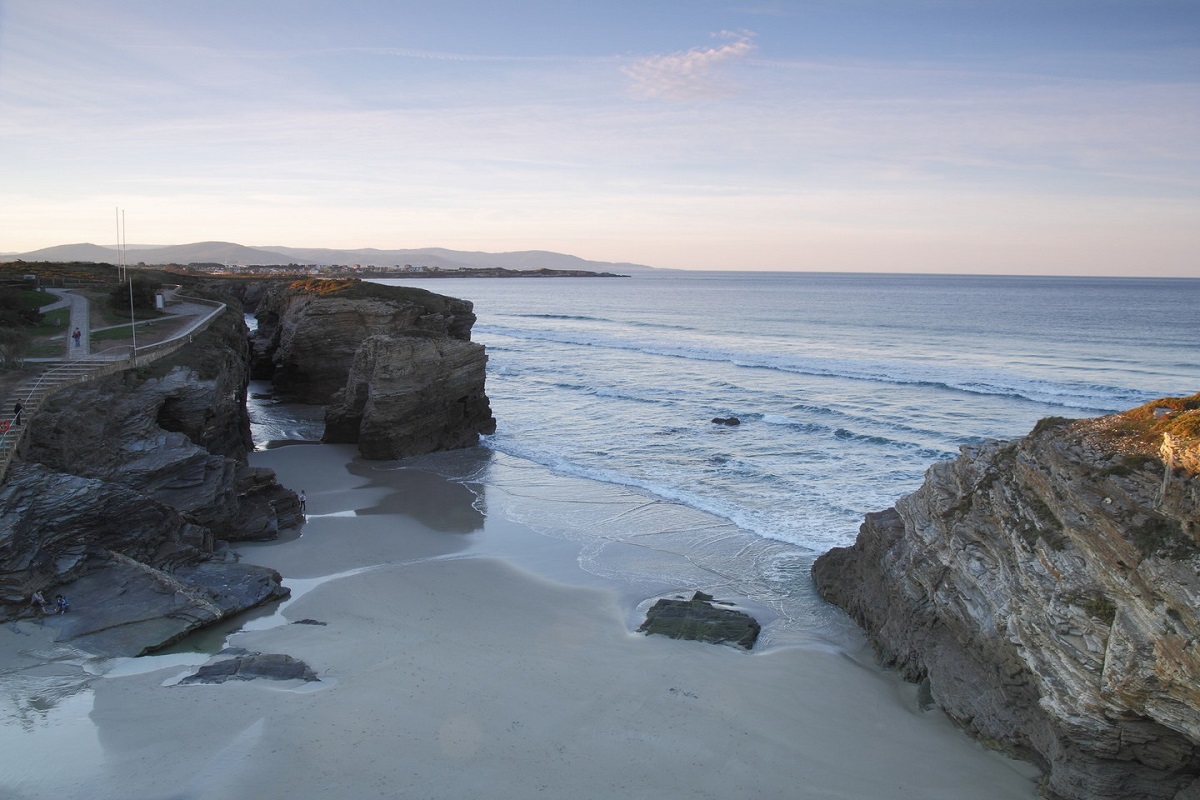 350 million years ago, the ancient continents of Lavrusia and Gondwana collided, causing a mountain range as high as today’s Himalayas to rise. It is believed that the rocks from this beach originate from that mountain range. In the meantime, the beach was literally lost in history until the arrival of the Romans in this area, since when there are the first records about it. Although it is believed that the exploitation of gold took place long before the “Roman arrival”.

On the cliffs opposite the beach, geologists have found a canal carved into the rock, reminiscent in appearance of what the Romans did after arriving in the area. During the search for gold, the Romans lit a fire on the ground and poured water on it, the process caused the earth to crack and made it easier for the Romans to dig canals with hand tools. 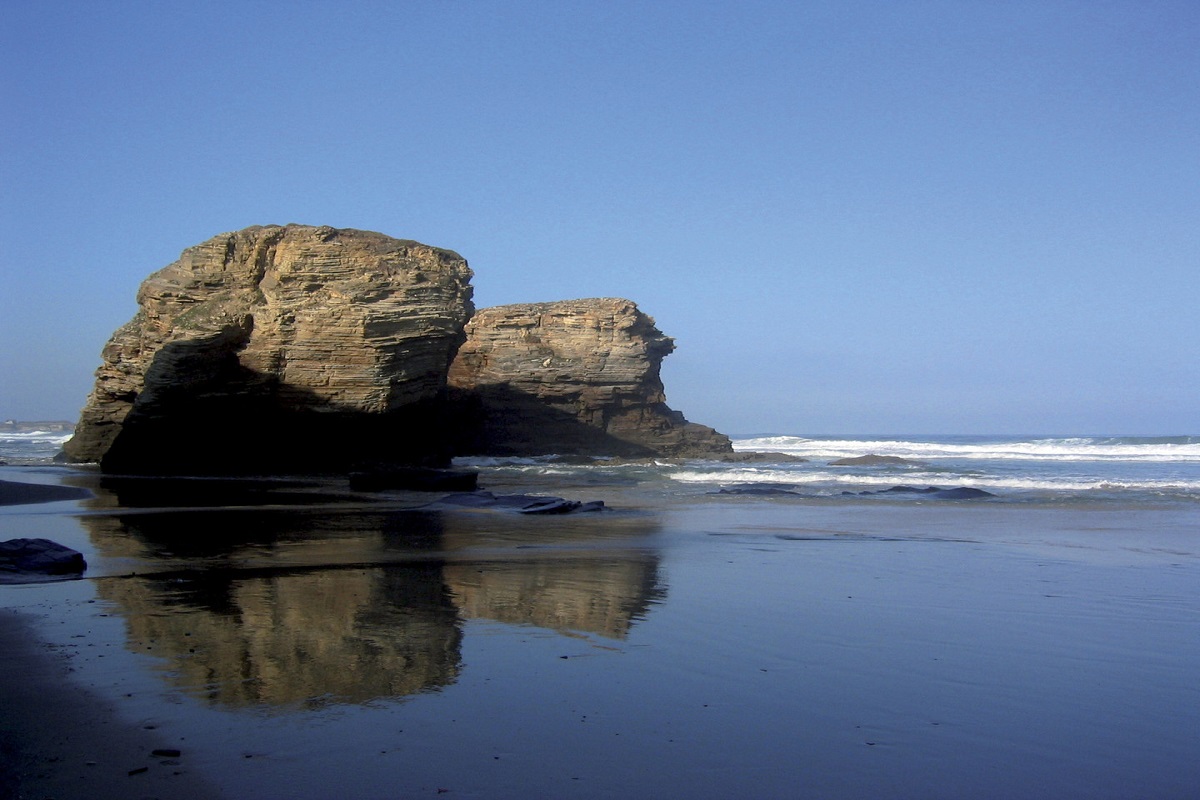 Archaeologists have also found a Roman fireplace near the beach, which was used to bake pottery, and earthenware, which was used in Roman times to transport and store goods. This is another piece of evidence that suggests that gold was being mined here. These findings confirm that the Romans dug gold on the shore of the beach and this gives historians the opportunity to try to reconstruct the course of the excavation. The biggest problem is the sea level, which is much higher than it was at the time when these areas were ruled by the Romans. What exactly the Romans did here and what they used the caves for remains to be determined. Until then, all the secrets of the past will remain undiscovered and flooded daily by the waves of the blue sea.

Previous article
Did you know that these things on planes are free?
Next article
Tahiti: Thousands of miles away from reality
Most Popular
Popular destinations