Greece hides its mysterious islands and undiscovered destinations, which are not crowded and have a recognizable Mediterranean flair. These islands are jealously guarded by the Greeks. These are just some of the places where a vacation without noise is possible on the Aegean Sea. 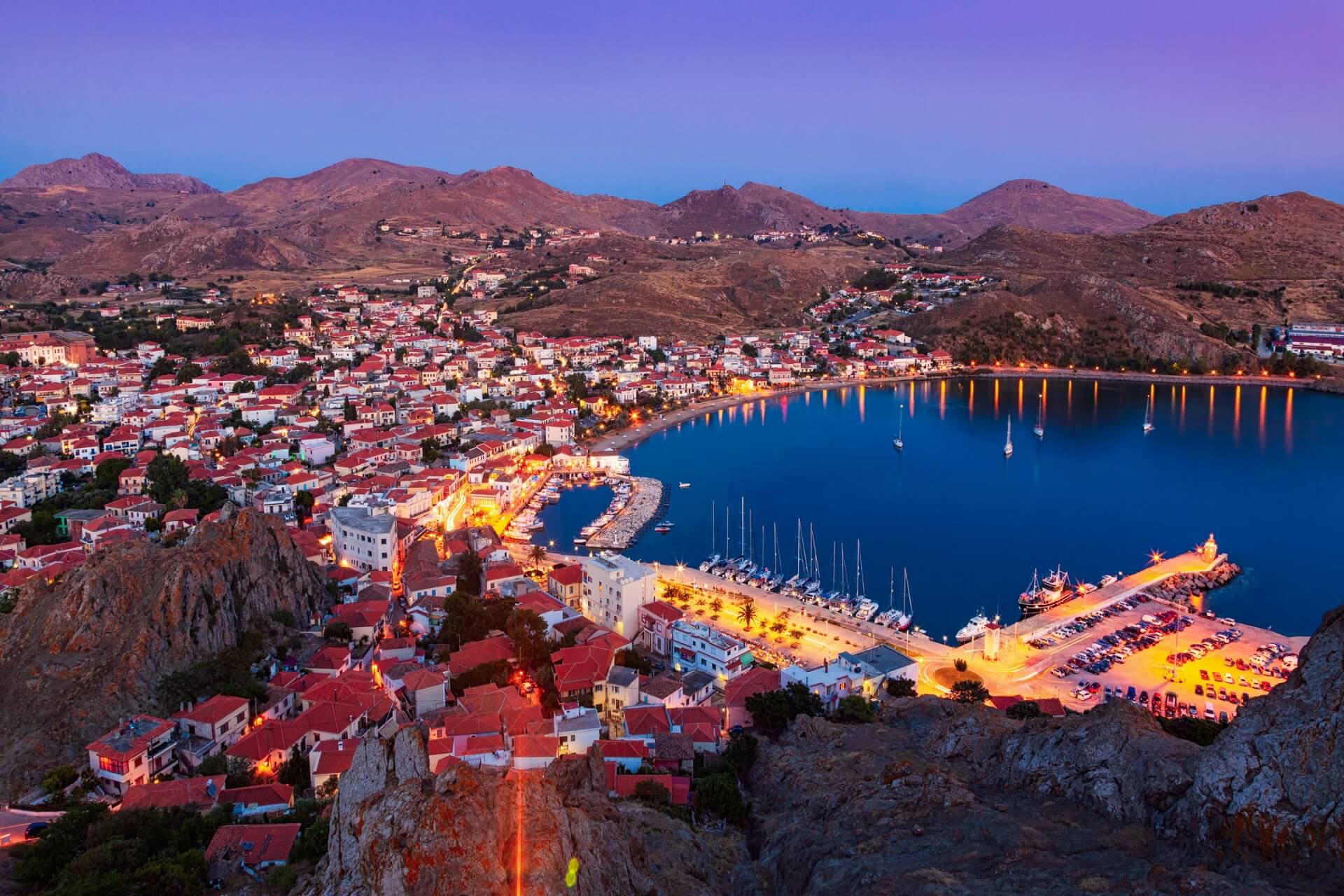 The island of Limnos has only 17.000 inhabitants and they delight every tourist. The island is not far away from Chalkidiki, as well as the famous island of Thassos, which is popular with tourists and can be reached by ferry from Kavala. The island Limnos is mentioned in mythology. It is believed that Hephaistos had a forge here. Legend has it that women here poisoned all the men and then tried to attract the ancient heroes Argonauts. The food is excellent. Homemade and extremely tasty. The wine “Muscat from Limnos” is well known and you should try it, as well as thyme honey and white Melihloro cheese in baskets. The biggest town on the island is Mirina, with stone houses, cobbled streets and a Byzantine castle that jealously guards this town. 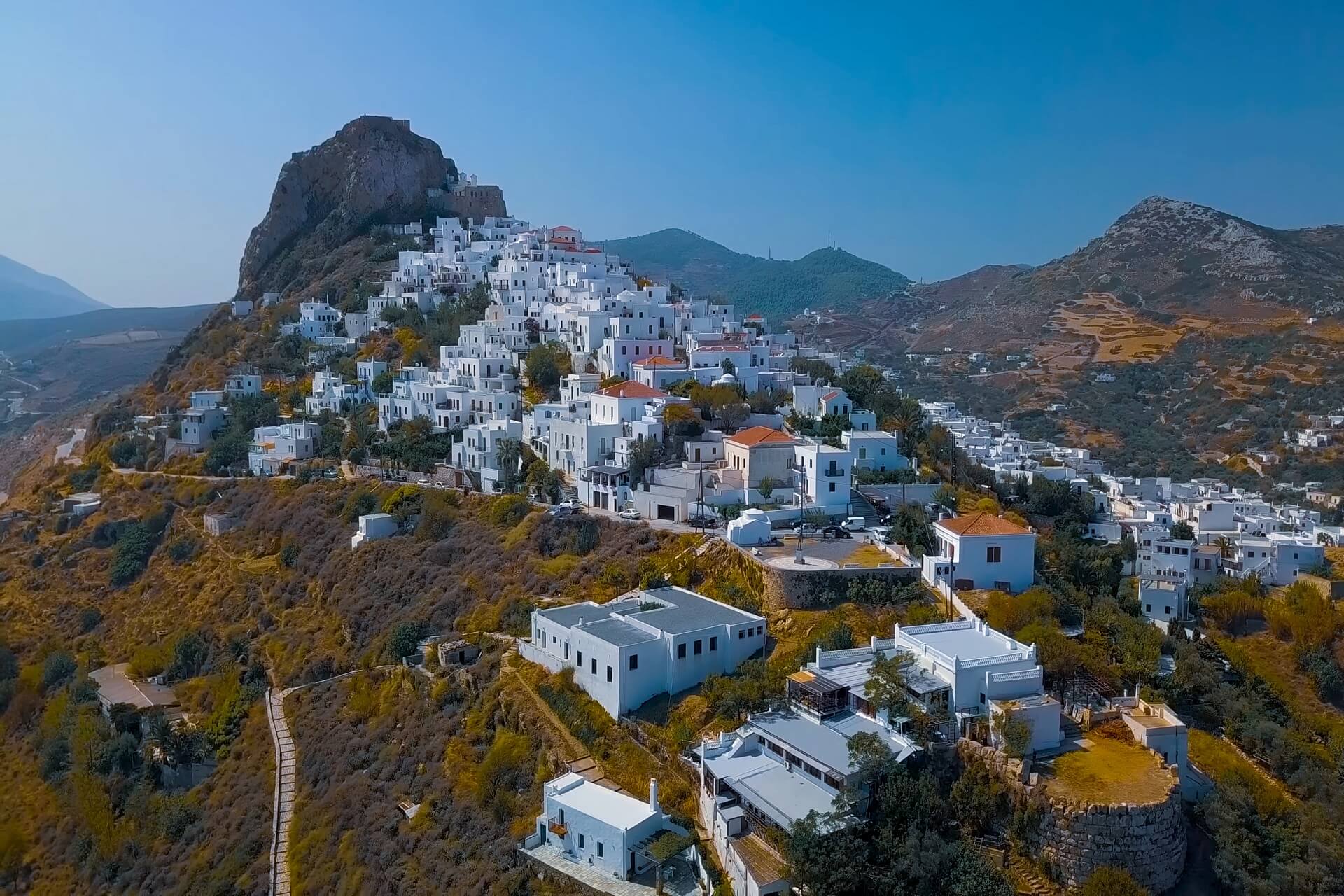 The island of Skyros can be reached by ferry from the second largest Greek island of Evia from Linaria. The small towns of Magazia and Molos are practically connected to the capital Hora. The capital is located at the top of a steep cliff. The beaches are enchanting with a beautiful view of the Hora. At the top of the cliff is the monastery of St. George, built by the Byzantine emperor Nicifor Phocas. The main street in Hora leads to the monastery, and along the whole street there are cafes, shops, bars, night clubs. Skyros Island is a mixture of Sporades and Cyclades. Here on the island, in one of the restaurants, you should definitely try the local goat meat specialty in lemon sauce. 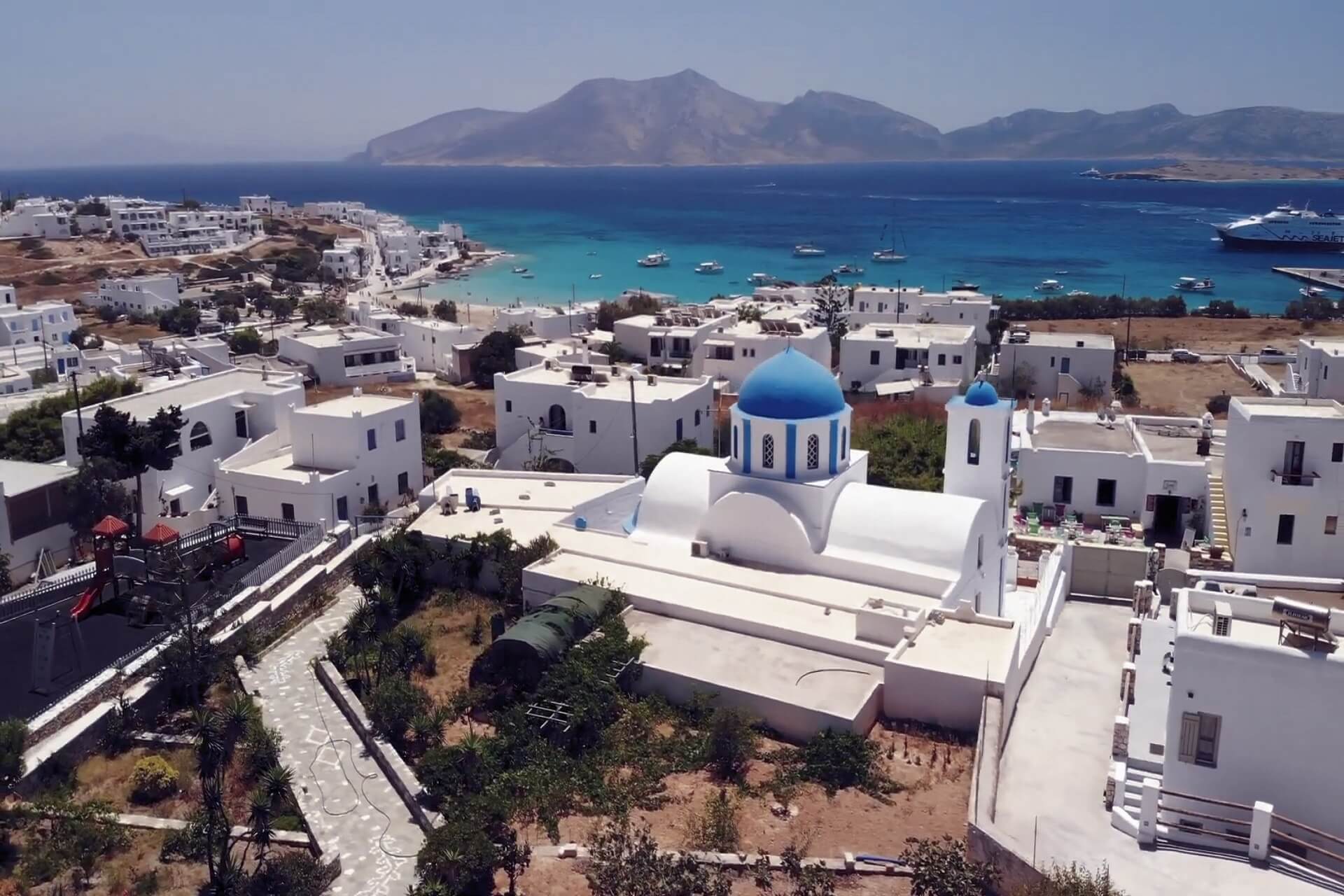 It practically consists of two islands. Pano is considered one of the smallest inhabited islands, because it has only 300 inhabitants located four kilometers away. The only town is Hora. It is located opposite the port and has several shops, supermarkets and bars, so this is an ideal place to relax. On such a small island, there are three beautiful beaches: Finikas, Fanos, Platija Punta and Gala. Gala is a unique small beach, which is located in a hard-to-reach bay bordered by rocks, and the water comes from under the rock. 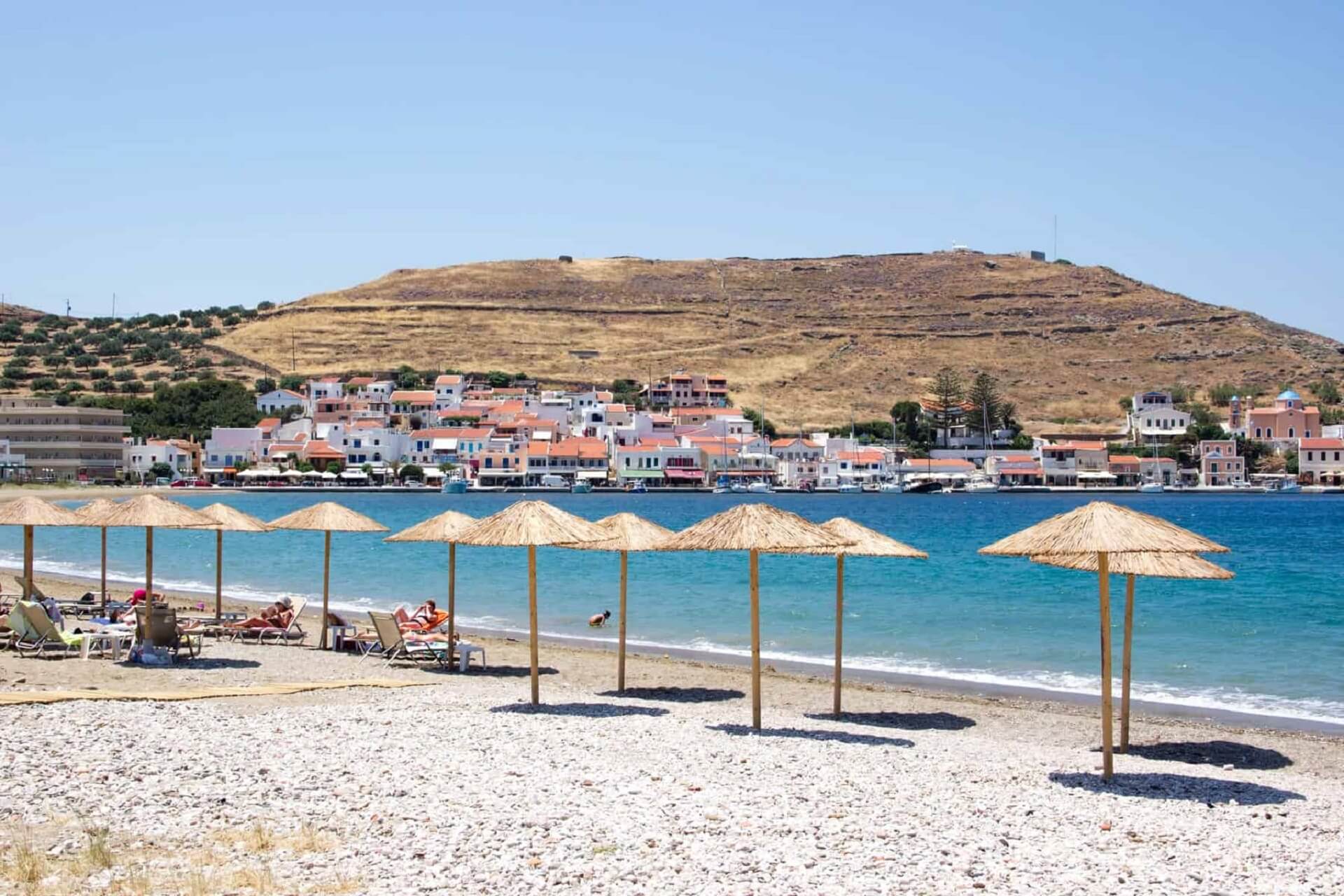 Kea Island is located near Athens. Ferries to this island do not run from Piraeus but from Lavrion. Mostly Athenians who have their own cottages spend their summers here. The restaurants are great and always offer fresh fish and delicious wines. From Kee you can go on a trip to Kitnos and Syros. The town of Iolis is beautiful and represents a labyrinth of Cycladic white houses on a cliff. It has a beautiful small main square. The beaches are beautiful, the sea is clear but they are all far from the city. 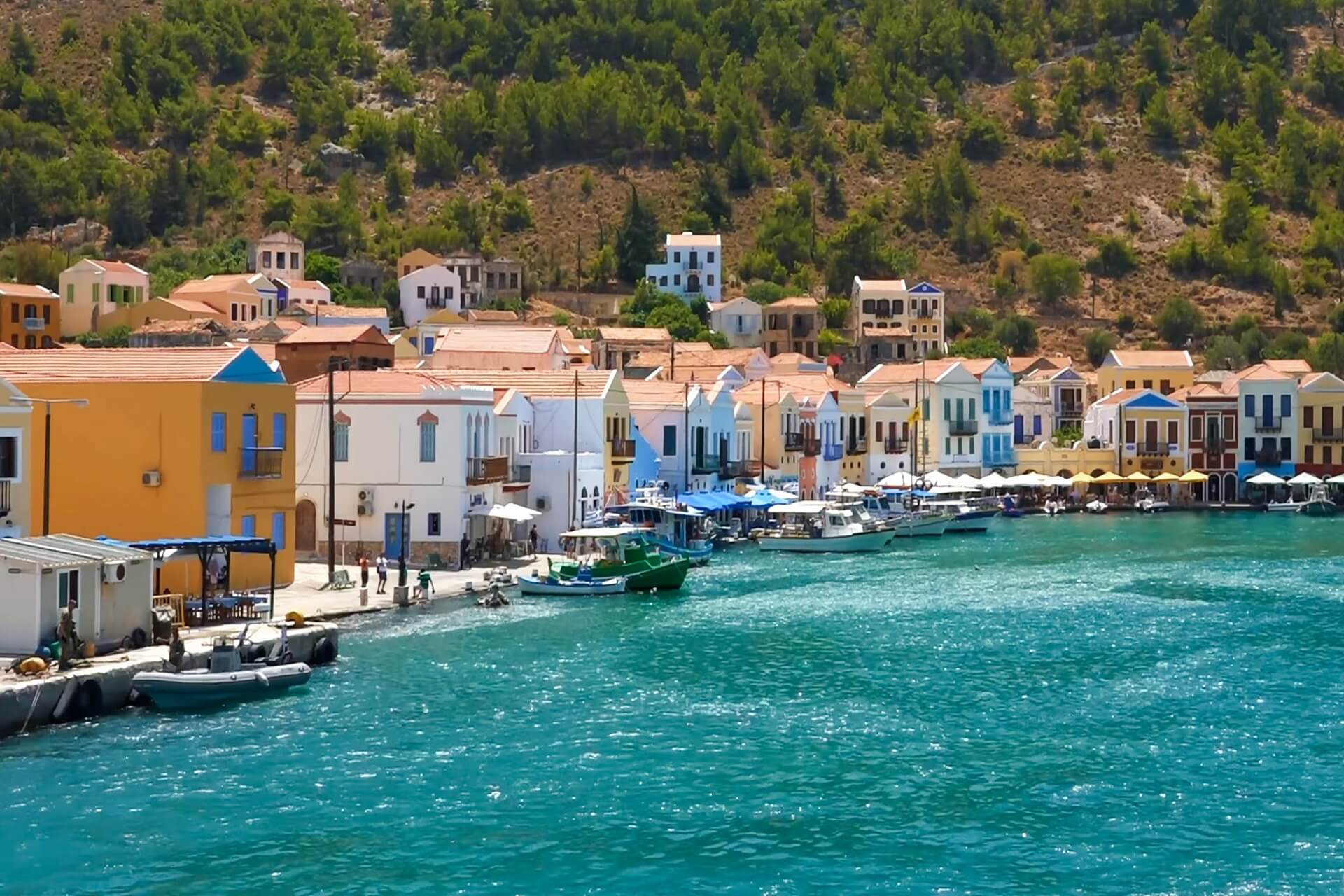 The island is located in the southern Aegean. It is 110 kilometers away from the historic island of Rhodes. It belongs to the Dodecanese group, it is also called Megistri, and it has beautiful houses in pastel colors with a sloping roof and wooden balconies. They are dotted from the hill to the natural harbor and the azure blue sea. There is a medieval castle from the 14th century on the island. From the castle to the center there are cafes, shops, taverns. Here you can see and visit the ancient acropolis, the mosque which has been turned into a museum and the cave where seals live.