Vienna, grandiose legacy of Habsburg dynasty that has left an indelible mark on world history, was a center of culture as well as the most important world events. Rich but turbulent history is probably most responsible for what is to this day in the city of the Beautiful Blue Danube without any gaps can be called the jewel of the heart of Central Europe.

Vienna grand legacy of the Habsburgs, the soul of the most powerful European empire, the center of art and culture, but also a place where twice started a tragic world events. Monumental buildings, too rich museums, parks, opera and theater, discreet charm of bygone times, or more than successful blend of old and new deserve status of the inevitable destination. What else to say about the city which sewage served as backdrop for one of the biggest film classics, “The Third Man” by Carol Reed? The shores of the Danube people have lived for tens of thousands of years. However, in written documents in Vienna was first mentioned in 1137, when it ruled by the bavarian duke Babenberg.

What has made Vienna as a Vienna happenned in 1282, when the new ruler enthroned, Rudolf of Hapsburg. It was the beginning of the most powerful dynasty that history records. In the centuries that followed Vienna is faced with many dangers (mainly in the form of the Turks). But despite of frequent attacks from the east, Vienna is getting it`s distinctive baroque appearance. Golden era begins with Maria Theresa and her son Jozef II. Results: castles “Schönbrunn” and “Belvedere” and the music of Mozart, Haydn, Beethoven and Schubert. In the 19th century, the city became the center of fine arts art nouveau and expressionism blessed with names such as Klimt, Kokoschka, Schiele, Moser and the birthplace of the waltz and psychoanalysis.

Already in the next century events have sand as a furious attack. The First World War, the collapse of the monarchy, the birth of nazism, the bombing ruins, the city is divided into four zones, but that time has passed, and the world, including Austria, slowly sailed into calmer waters. Although the Habsburgs had long gone, their legacy is carefully protected, and even modern inflows don`t impair the distinctive image of this Baroque beauties.

What to see in Vienna? 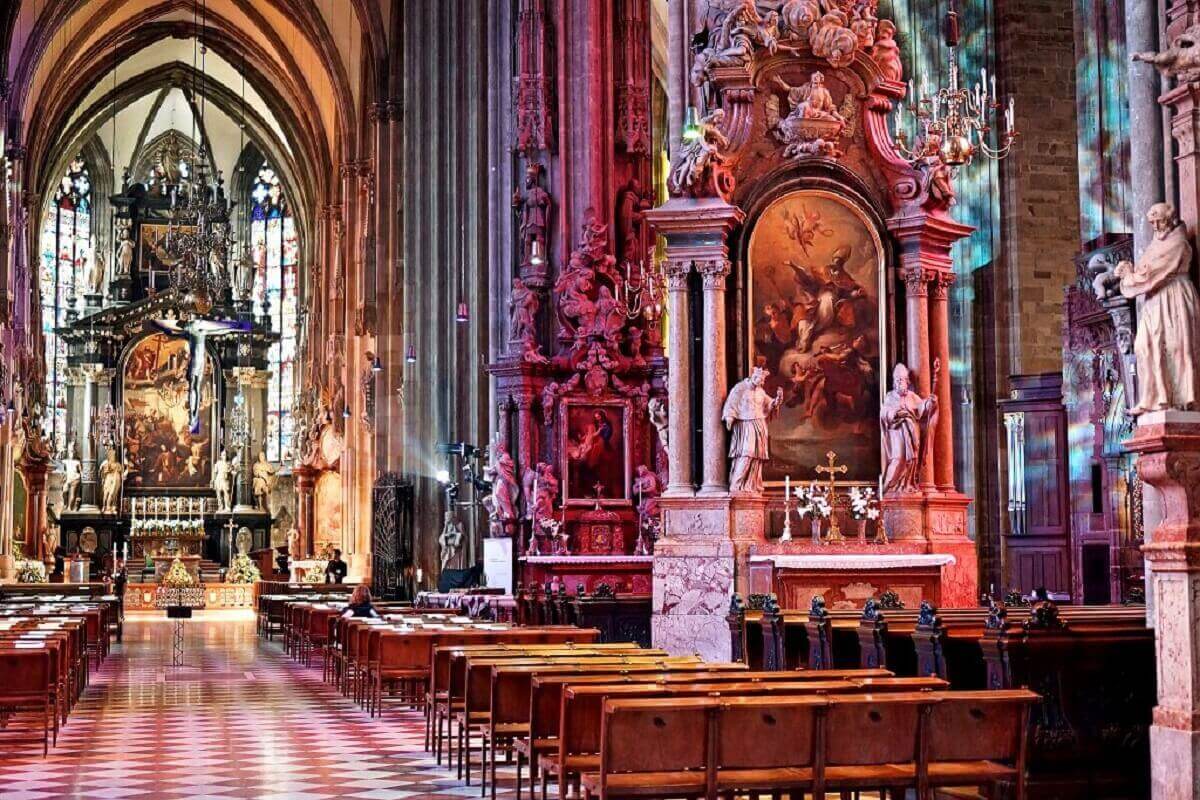 Distinctive symbol of Vienna, the most beautiful example of Gothic architecture, consecrated in 1147, the cathedral was unwilling participant in numerous events. It specialty is ornamental, painted roof, covered with 230,000 glazed tiles, which on the south side of the building consists of a mosaic of two-headed eagle, the symbol of the Habsburg empire. 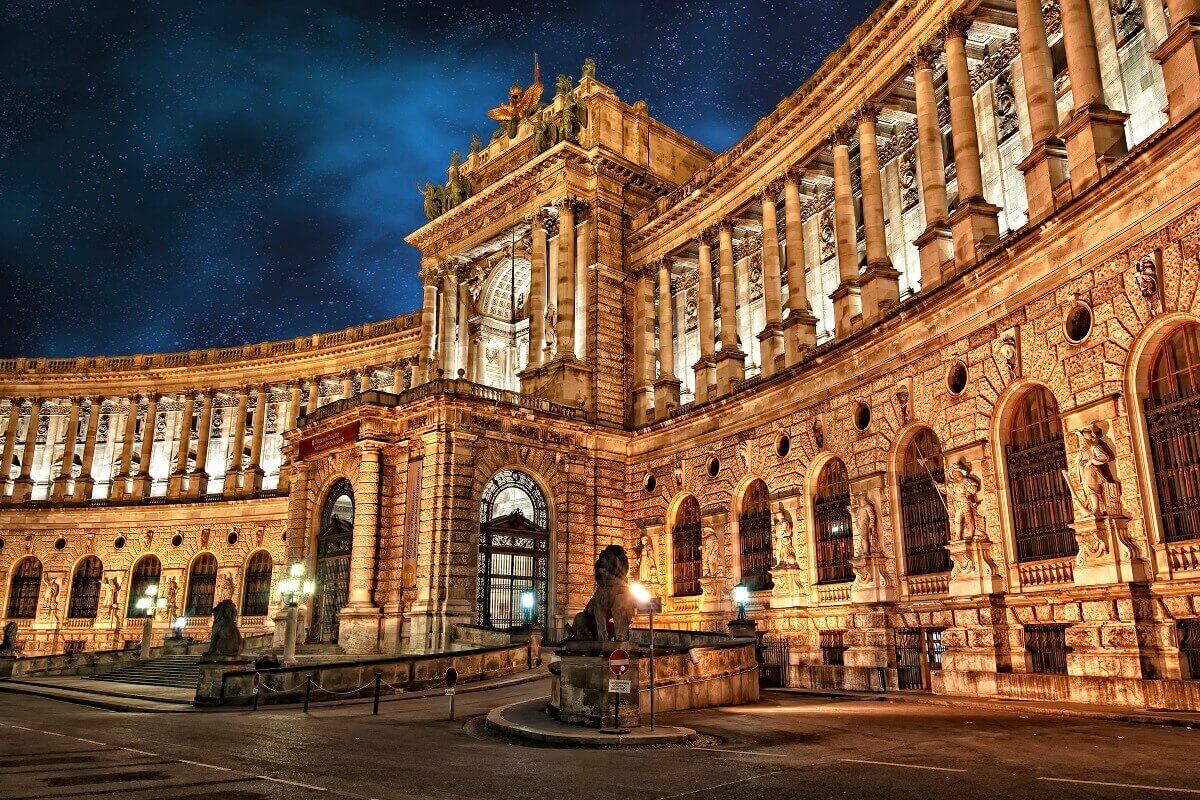 Imperial Palace (1279), houses of the most powerful people in Austrian history, including the Habsburgs. They are in “Hofburg” stayed during the winter, and there was born and Marie Antoinette. In the “Hofburg” is also a collection of imperial jewels. Today it is the residence of the President of Austria. The museum, which was founded by Duke Albert Von Sachsen-Teschen in 1768 has the largest collection in the world of graphics. Among other things it has the drawings Dürer, Raphael, Rembrandt, Schiele, Da Vinci, Michelangelo, Bruegel, Cézanne, Picasso. 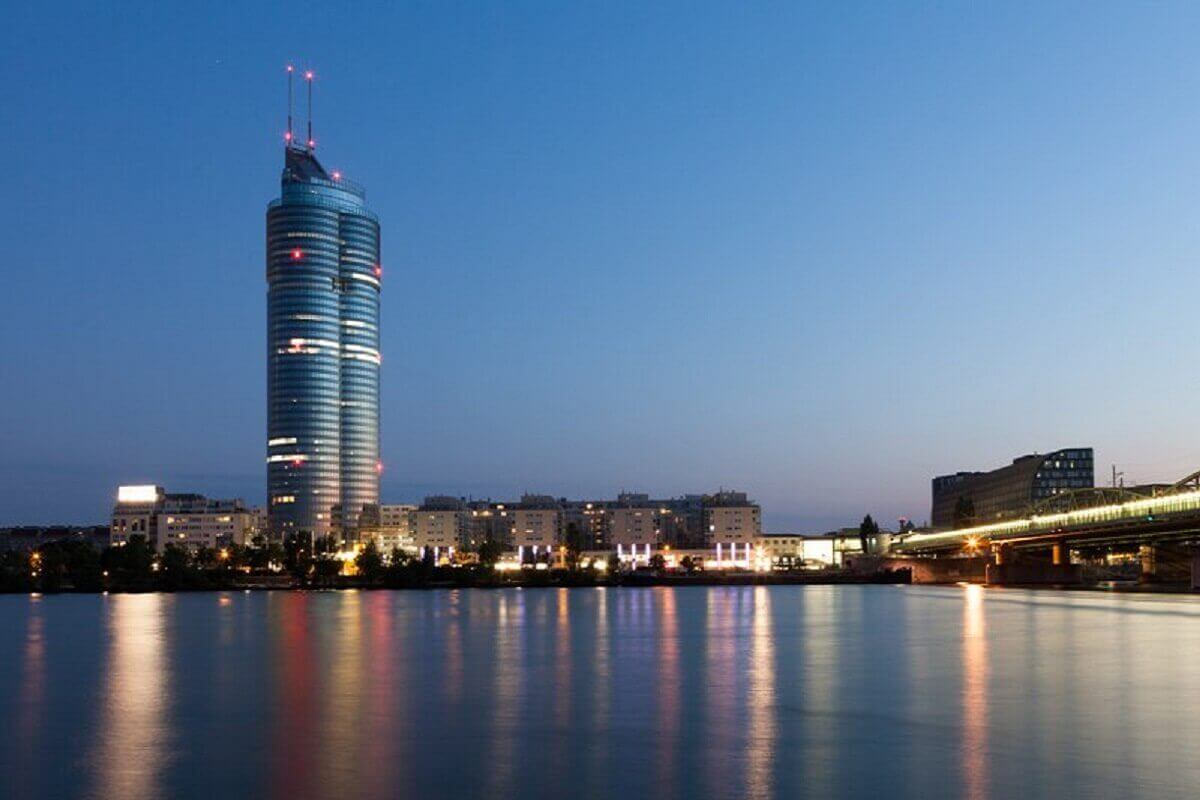 The largest building in Vienna (171 meter) is a work of architects Gustav Pila, Boris Podrecca and Rudolf Weber. It has 51 storeys, and was completed in 1999 in honor of the upcoming, third millennium. 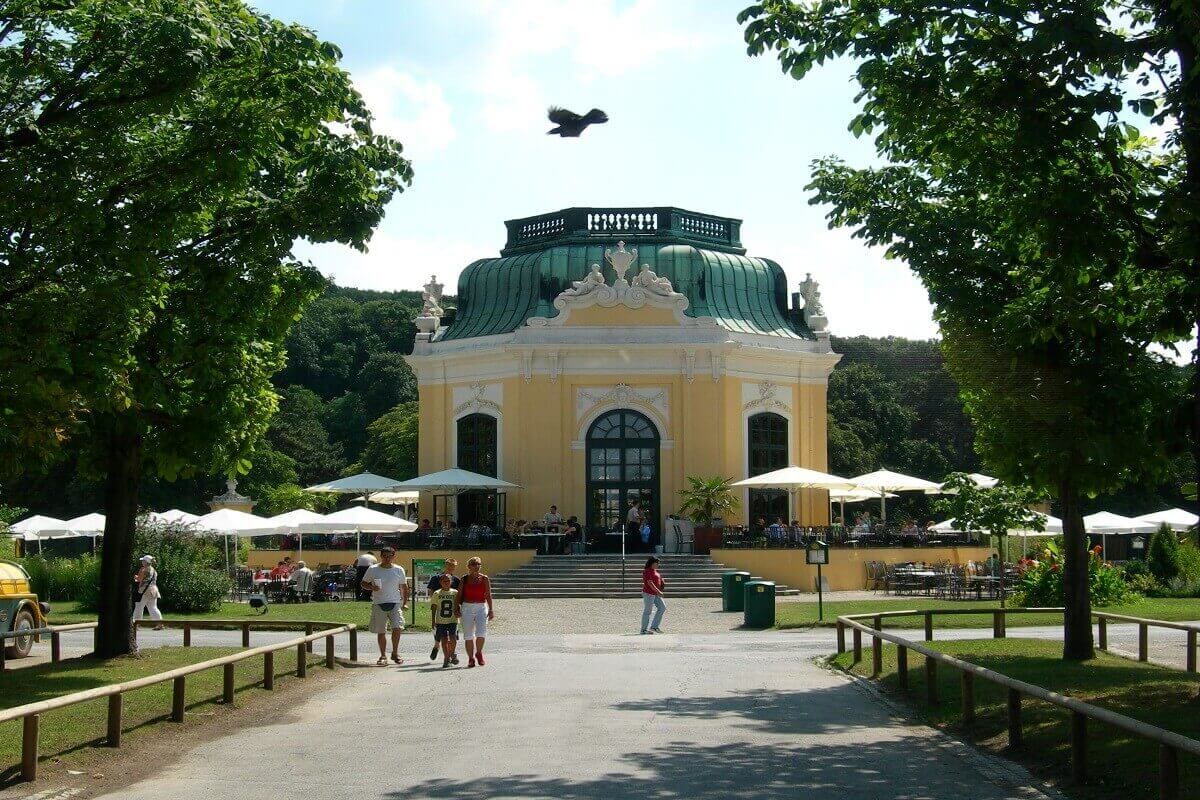 The oldest zoo in the world was founded in 1752. By Franc Stefan. Home to 750 different animal species (even giant pandas, lemur, armadila and tigers from Serbia). Almost all the original cages have been preserved and renovated. 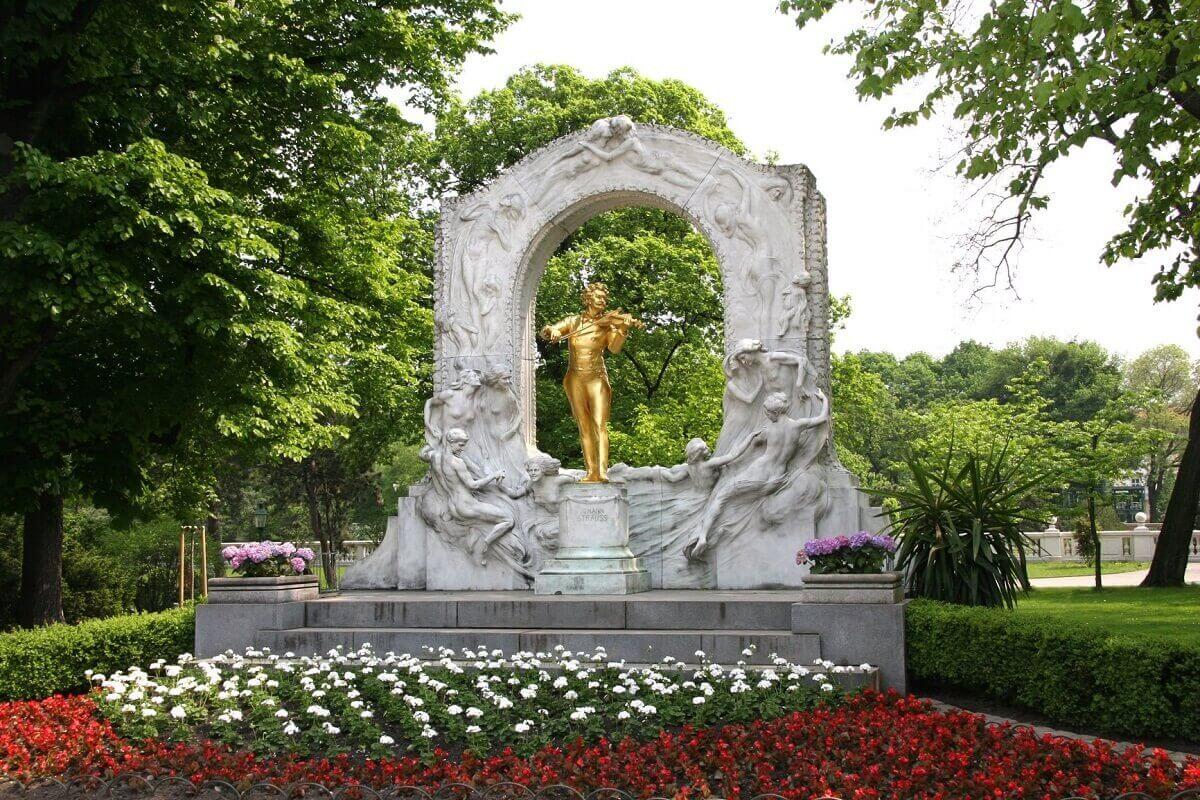 One of the most beautiful parks in the Austrian capital, with the most monuments and sculptures. One of the most famous is bronze sculpture of Johann Strauss in 1921, but there are also statues of Franz Schubert, Franz Lehar, Robert Stolz and others. 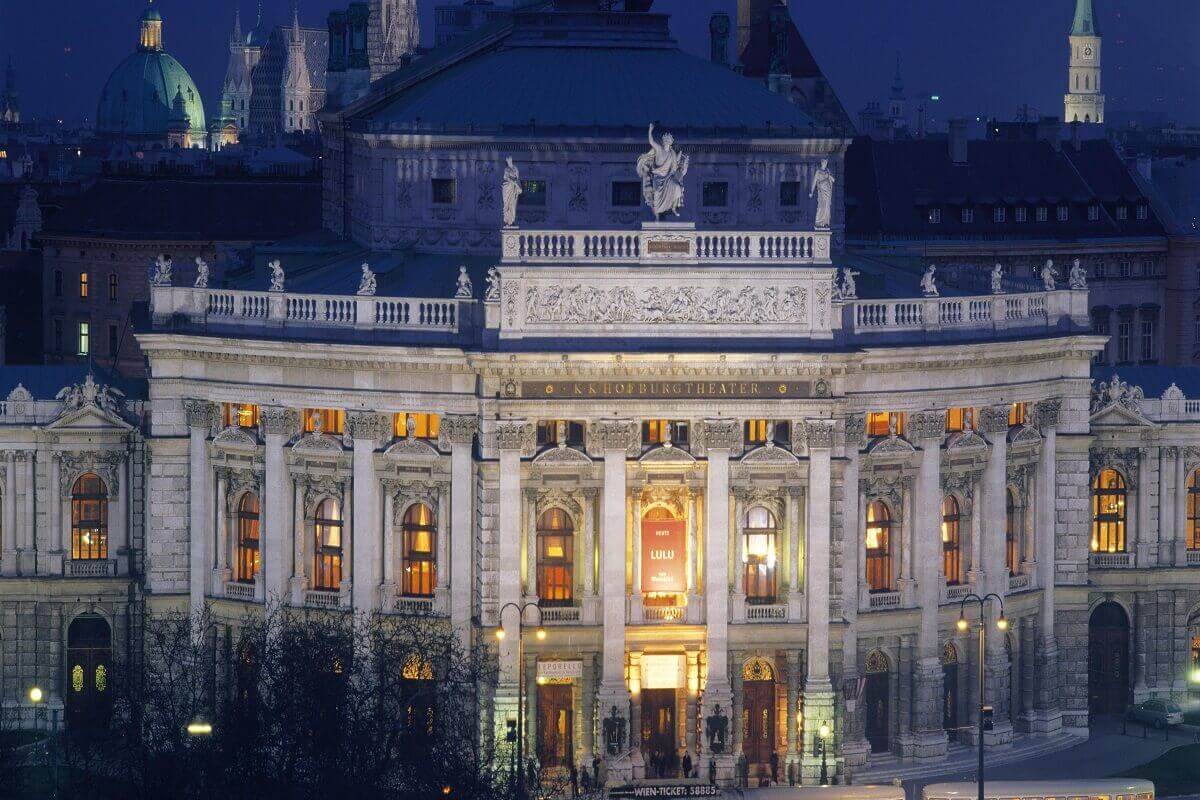 The National Theatre in Vienna and the most important theater in the German-speaking area. It was founded by Maria Theresa in 1714 because she wanted to have a theater close to home and the son of the Emperor Joseph. Three of Mozart’s opera had it`s premiere in the Burgtheater. 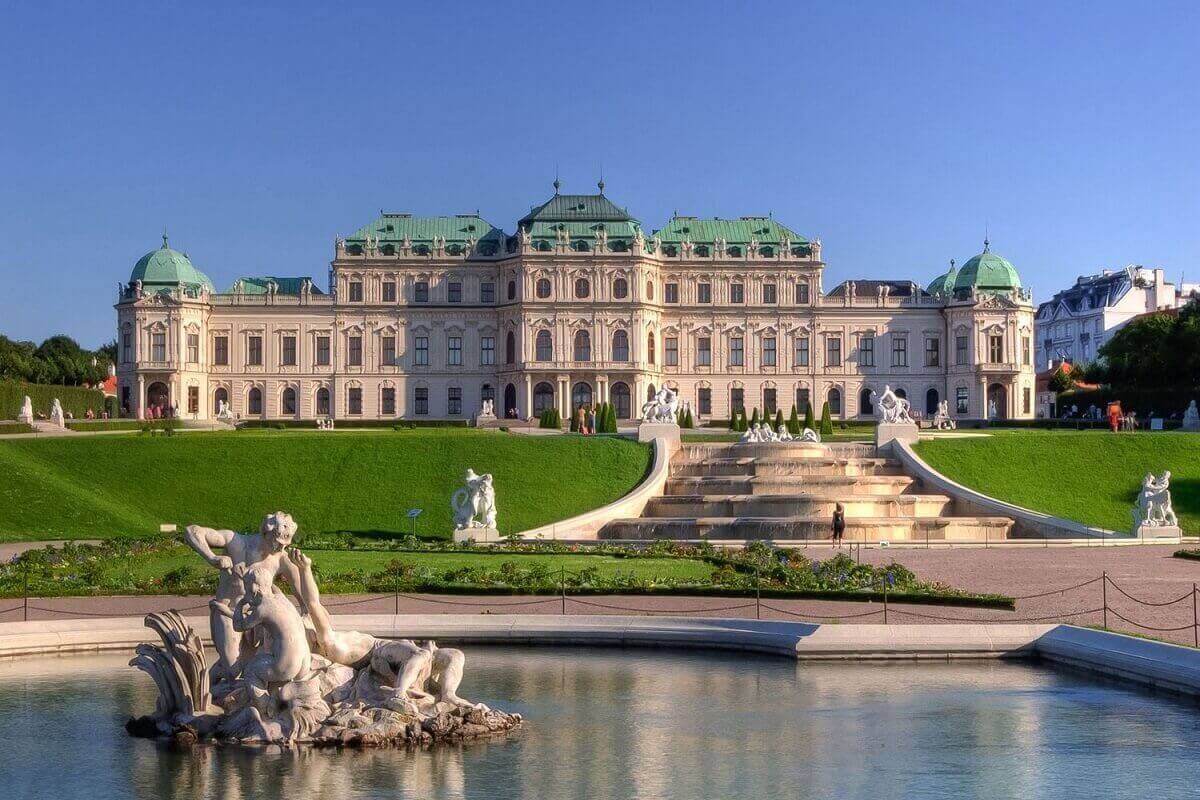 Baroque palace built by Eugen of Savoy (1714.), southeast of the city center, has one of the most beautiful gardens. Today it is home to the Austrian Gallery “Belvedere”. Amusement park with large panoramic point is the most recognizable attraction. Mascot of park is Kalafati, nine meter high sculpture of Chinese. The already mentioned giant wheel is set in 1897. in honor of Franz Joseph I, and it was designed by an englishman Walter Baset. Wheel had 30 gondolas, but because it is damaged in World War II left only 15. It ‘starred’ in the aforementioned ‘Third man’, then ‘the Living Daylights’ cycle of films about James Bond, ‘Scripture unknown woman’, ‘Generation X’ and the film ‘Before the dawn’. 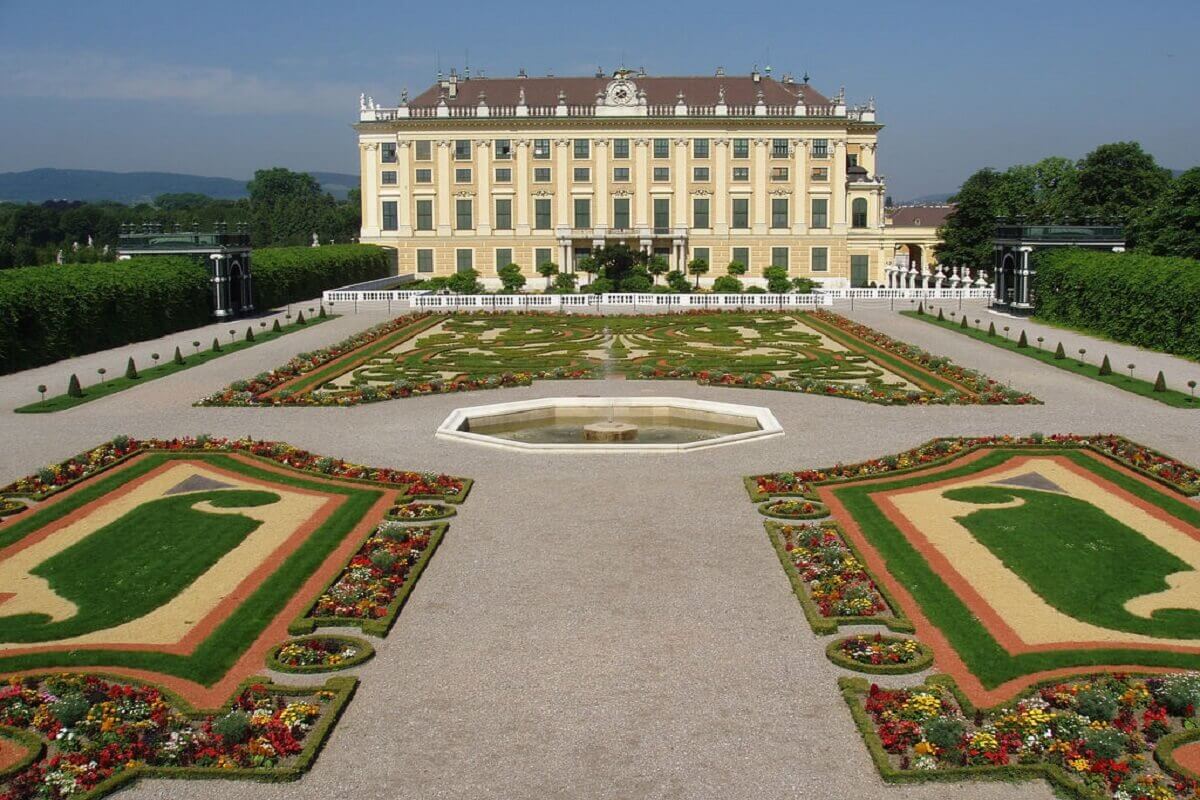 Summer imperial palace and one of the most important cultural monuments in Austria. From 1860. also a major tourist attraction. The palace and gardens illustrate the tastes, interests and aspirations of the monarchy.