Parga is a Greek city on the Ionian Sea that you will fall in love with at first sight. The city is located in the northwest of Greece and impresses with its unique architecture, beautiful beaches, turquoise sea and an exciting history.

Due to the charm of its narrow, hilly, amphitheater-shaped streets and endless olive groves, it was called the “Bride of Epirus” in the distant past.

This town is surrounded by high mountains with very luxuriant vegetation and has the impression of being immersed in the Ionian Sea of beautiful shades of blue. The facades in the old town of this city are in vivid colors, mostly yellow and red, because the city rules require it. The houses are built in Mediterranean style and are densely packed, so that you don’t have the impression of being in Greece, but you feel like you are in Lisbon. 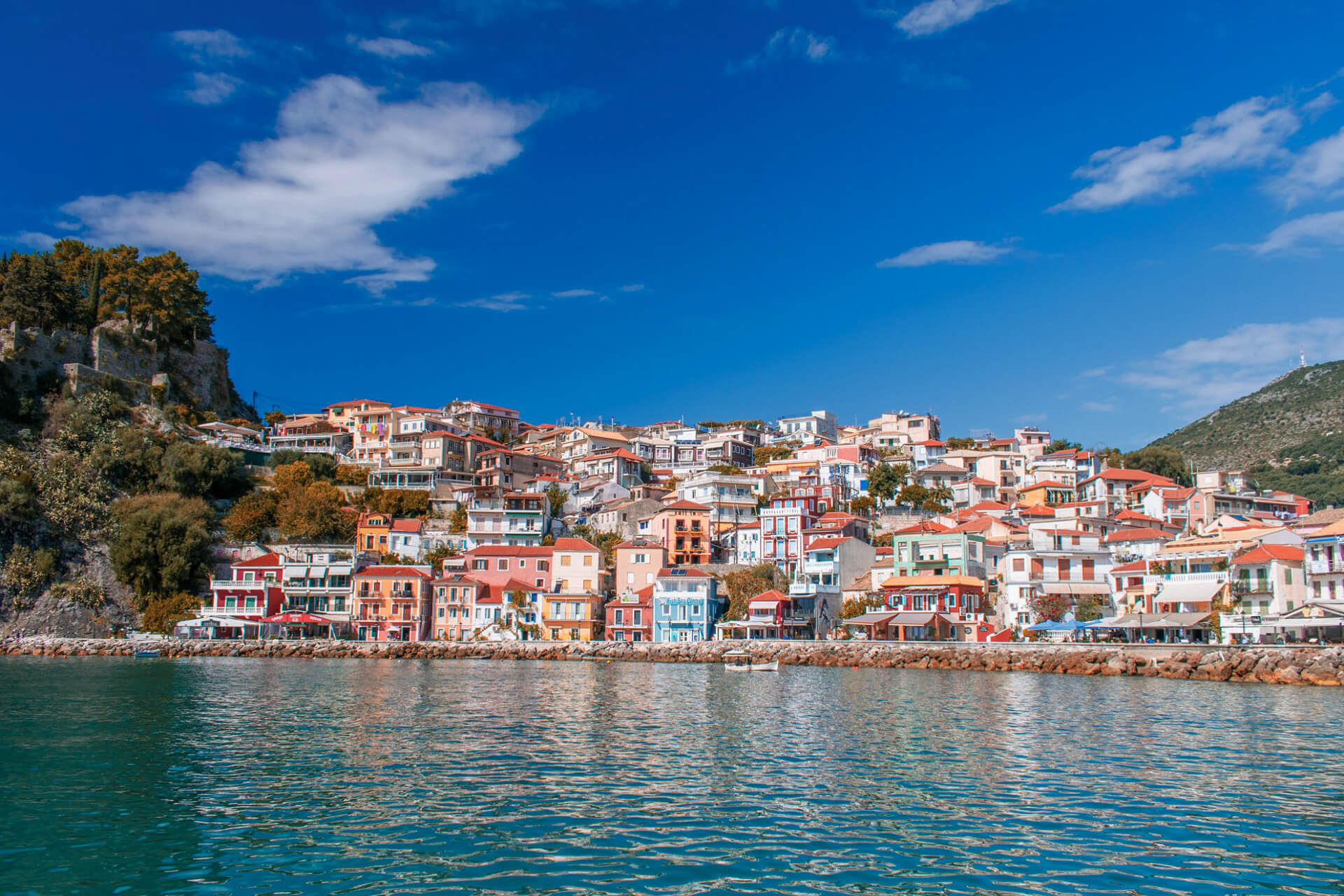 The colorful Parga is located between the cities Igoumenitsa and Preveza and opposite the island of Corfu. It has 4,000 inhabitants, and this number has quadrupled during the summer season.

Until a decade or so ago, this atypical Greek city was visited by a small number of tourists from Scandinavia, England and Germany, and today tourists come from all over Europe.

Parga hides many stories, and one of them is the birth of one of the greatest Turkish soldiers. Ibrahim Pasha, the Grand Vizier of the Ottoman Empire, the son of an Orthodox Greek fisherman named Theo, was born in Parga on June 27, 1493. As a boy, he was taken to the Turkish city of Manisa in a bloodbath. There, a rich widow bought it at the slave market. In her service, he gained a broad education. He studied the works of great Greek philosophers, but also Arab mathematicians and astrologers. He also learned foreign languages, so in addition to Greek and Turkish, he also spoke Persian, Italian and Serbian. He played the violin amazingly well. Because of his education, it is not surprising that he quickly progressed from the sultan’s falconer to the grand vizier, and practically became the second man of the Ottoman Empire.

Turkish historians still write volumes of literature about Ibrahim Pasha, but he is not mentioned in Greece and there are no signs of him in his birthplace. The reason for this is that his military campaigns were for the benefit of the Turks, not the Greeks, so his fame remained in Istanbul. In his hometown, Parga, they say that there is a trace of him only in the old registry books.

However, another pasha, Ali-pasha Janjinski (1740 -1822), left a historical trace in Parga and is reminded of by the fortress on the top of the hill, which is today a tourist attraction. He was of Albanian origin, born in Janjina. a cruel ruler, pragmatic. He made an alliance with anyone who allowed him supremacy in the territory he ruled, as with Napoleon I Bonaparte and the United Kingdom. The poet Lord George Gordon Byron visited the Turk’s Ali Pasha’s court in Ioannina in 1807 and was impressed by the pasha’s wealth and horrified by his cruelty. 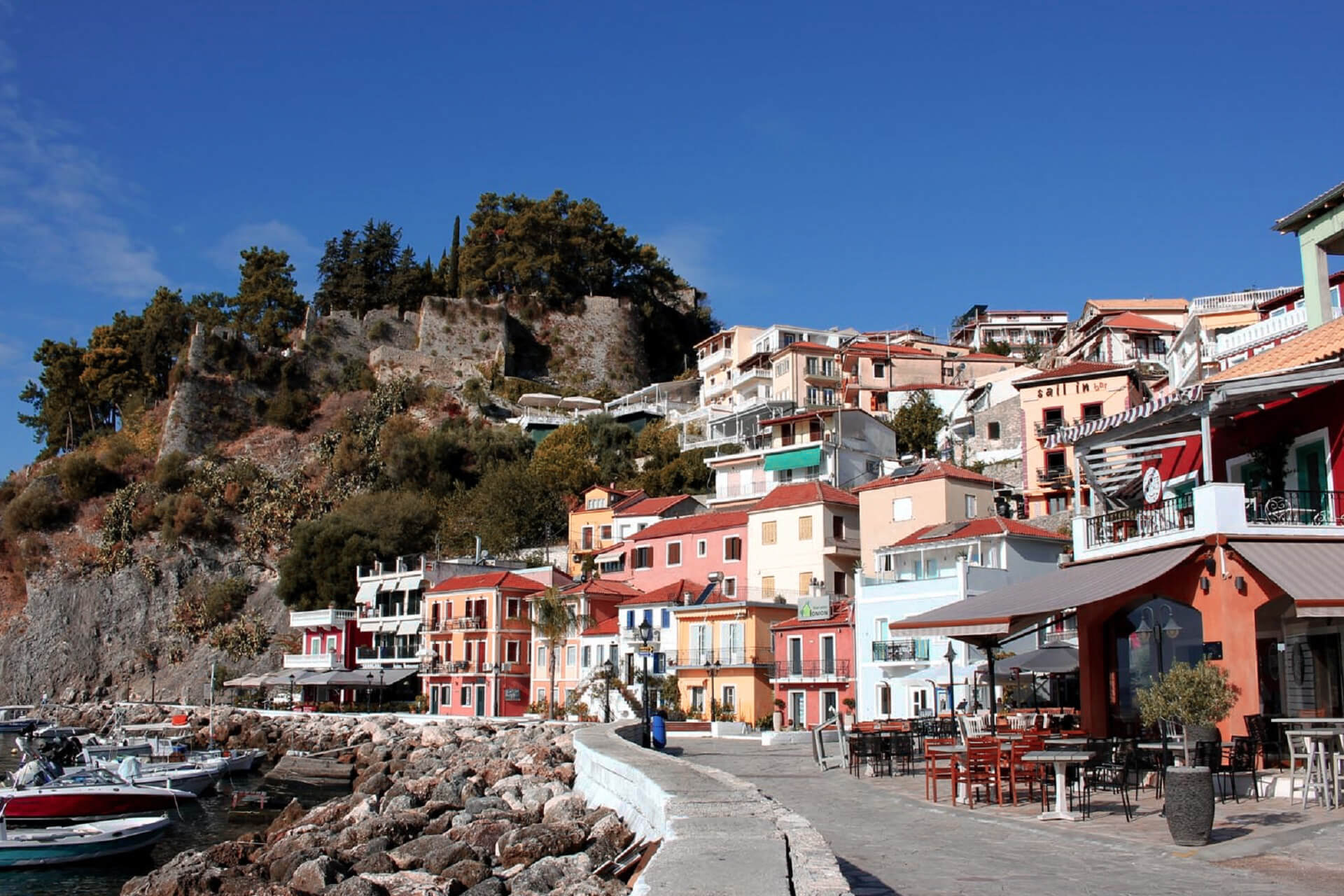 During the reign of Ali Pasha in Epirus and Parga, many Greek settlements were forcibly converted to Islam, but the inhabitants still retained their mother tongue and the Christian religion. Among them were people from Parga.

The fortification of this town was built in the 13th century and served as protection of the population from various invaders – Venetians, French, English, Turks … The English sold Parga to the Turks with an agreement from 1817, and almost all the locals moved to Corfu, about 4,000 of them. They remained there for almost 100 years, because Epirus was liberated only in 1913, after the victory of Greece in the Balkan wars. 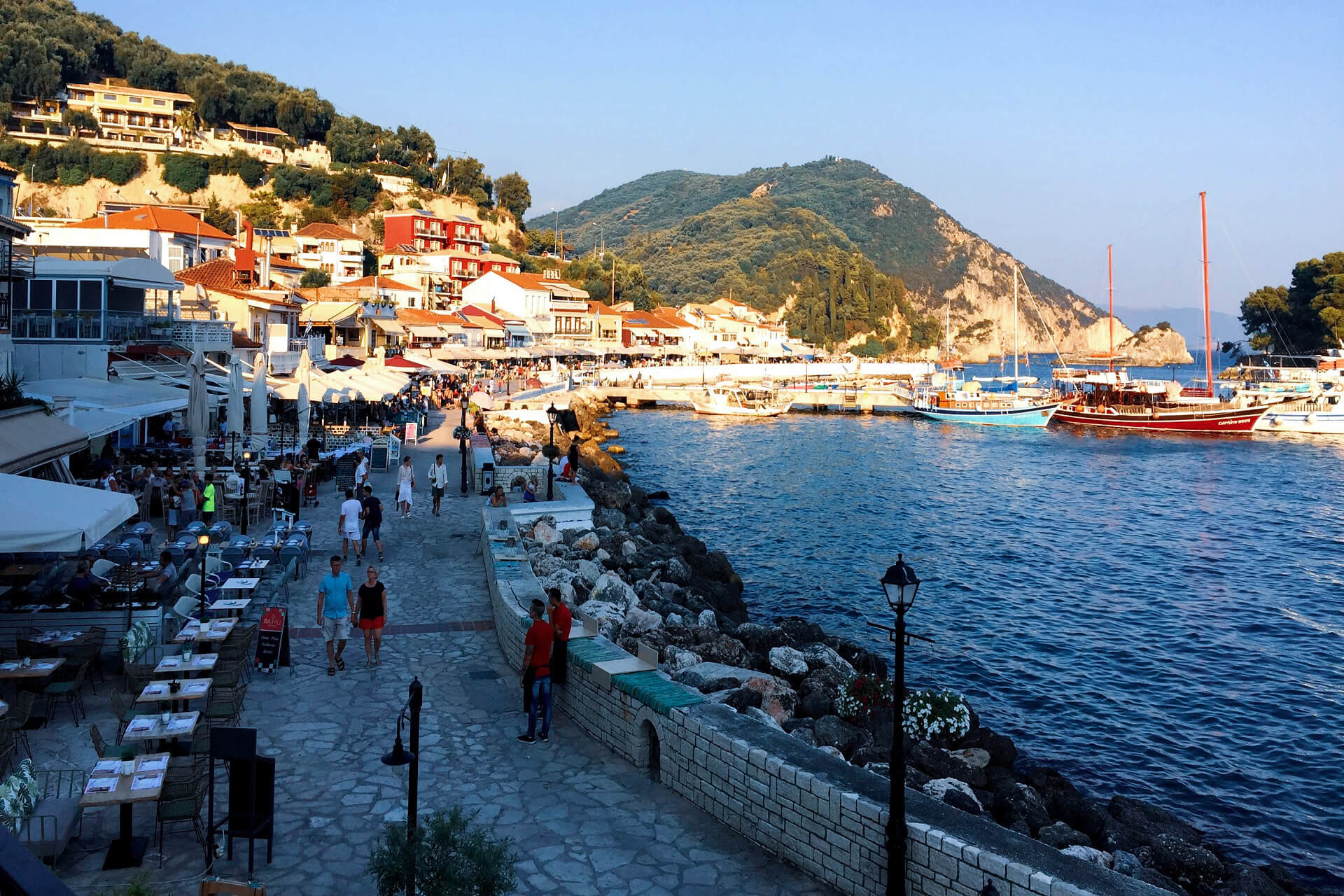 When they returned, they saw that Ali Pasha had added a fortress because a harem had settled there. The Parisian returnees were very angry about this, so they took stones out of the walls. Today, the fortress is quite dilapidated, but because of its historical significance and the beautiful view that stretches from it to the city, tourists walk up 64 steps to it.

Greeks are very religious people, so it is not surprising that Parga and its surroundings have 50 churches and monasteries. In the very center of the town is the most famous Church of St. Nicholas. In the central part of the bay, about 70 meters from the coast and the city beach, there is the Mother of God’s Island, and on it the Church of the Most Holy Mother of God. The famous summer festival “Parga” is held there on the island, and the newlyweds who come by boat get married in the temple.

Parga has everything a demanding tourist needs. There are several beaches, the most beautiful of which is the sandy beach Valstos. There are many cafes, bars, discos, taverns, restaurants, but also bakeries, pastry shops, souvenir shops, well-stocked shops and various boutiques. Parga also has a post office, an ambulance, a pharmacy, car, motorcycle rental agencies and a well-kept promenade with many restaurants along the coast.