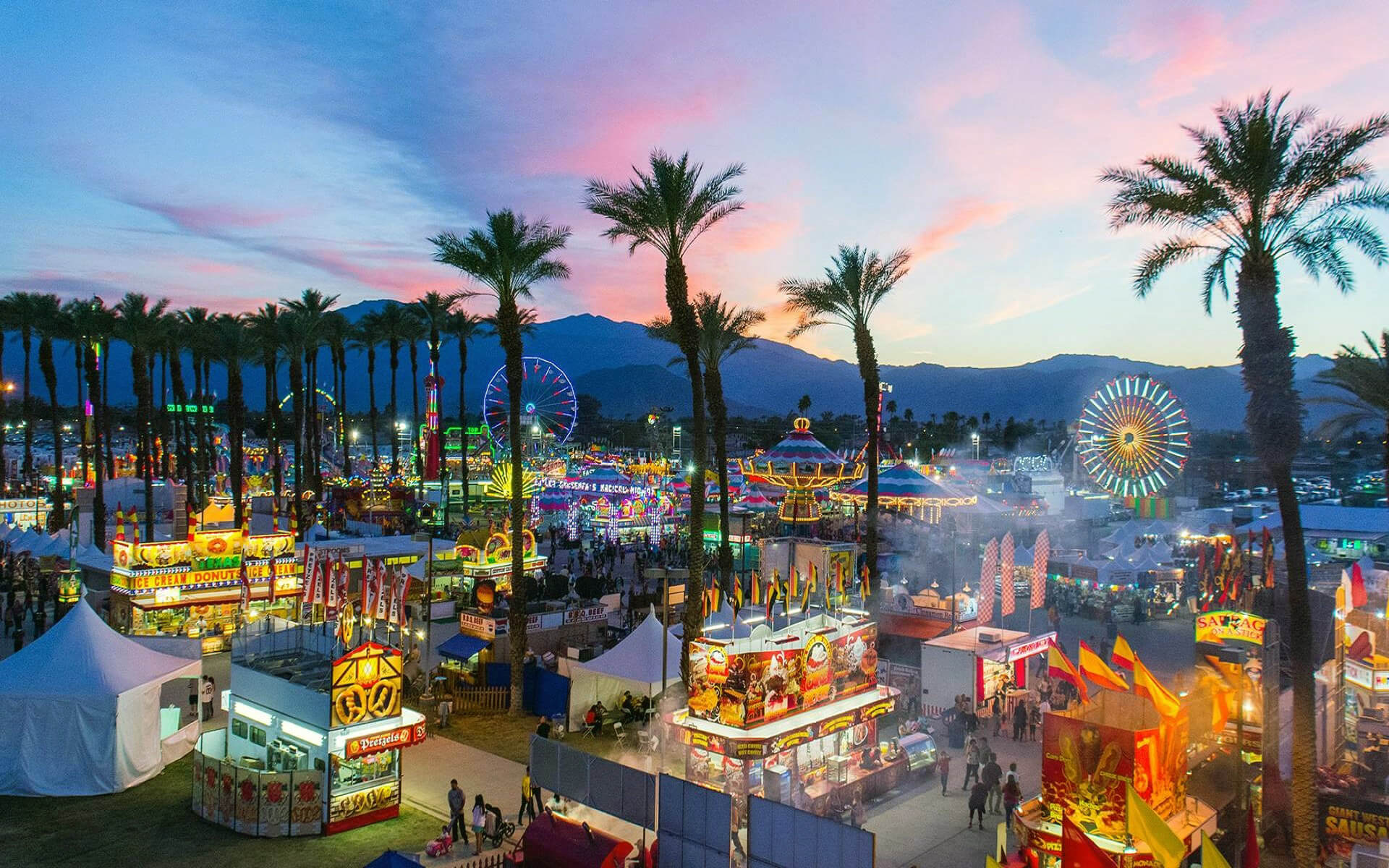 Palm Springs is a desert resort community in the Coachella Valley in Riverside County, California, United States. It lies about 55 miles (89 kilometers) east of San Bernardino, 107 miles (172 kilometers) east of Los Angeles, 123 miles (198 kilometers) northeast of San Diego, and 268 miles (431 kilometers) west of Phoenix, Arizona. As of the 2010 census, the population was 44,552. Palm Springs has a land area of roughly 94 square miles (240 km2), making it the county’s biggest city by land size.

Biking, golf, hiking, horseback riding, swimming, and tennis are all popular kinds of leisure in the adjacent desert and mountain regions. Additionally, the city is well-known for its mid-century modern architecture and design features.

Palm Springs is a desert vacation city in California. It became a popular tourist attraction in the 1950s and 1960s, when Hollywood film stars descended upon it in droves. Nowadays, the region provides amusement for people of all ages, however the majority of residents are seniors. Palm Springs is a mecca for indoor and outdoor recreation. Palm Springs is well-known for its hiking, mid-century modern architecture, breathtaking natural beauty, and dazzling pools. It’s the ideal combination of outdoor activity and informal leisure.

Palm Springs is also a popular destination for homosexual visitors and naturists.

With 1.6 million tourists in 2011, tourism is a significant part of the city’s economy. Over 130 hotels and resorts, multiple bed and breakfasts, and over 100 restaurants and eating establishments are located throughout the city.

Palm Springs is reviving its Downtown, or “the Village,” after the recession of the late 2000s/early 2010s. Reconstruction began in January 2012 with the destruction of the Bank of America building, with the Desert Fashion Plaza set for demolition later that year.

The preservation of many of Central Palm Springs’ structures and residences of notable celebrities, merchants, and politicians is sponsored by architectural aficionados, creative designers, and local historians.

While celebrities continue to flee to Palm Springs, many now make their homes in other parts of the Coachella Valley. The city’s economy is currently based on tourism, and municipal government is mostly funded via associated retail sales taxes and the TOT (transient occupancy tax). Numerous festivals, conferences, and international events, like the Palm Springs International Film Festival, take place in the city.

The Palm Springs Aerial Tramway has the world’s biggest revolving aerial tramcars (cable cars). Von Roll Tramways’ vehicles rise two and a half kilometers from Chino Canyon to the terminal at 8,516 feet (2,596 m). The San Jacinto Wilderness is accessible from the tram’s highest station, which also has a restaurant with spectacular views.

Mayor Will Kleindienst oversaw a multimillion-dollar expansion and restoration of the Palm Springs Convention Center. Mayor Kleindienst and City Council Member Chris Mills appointed a subcommittee of the City Council to pick Fentress Bradburn Architects of Denver, Colorado for the makeover.

Numerous hotels, restaurants, and activities appeal to visitors, while downtown and uptown Palm Springs offer a selection of high-end retailers. The city is home to more than a dozen clothing-optional resorts geared for homosexual men.