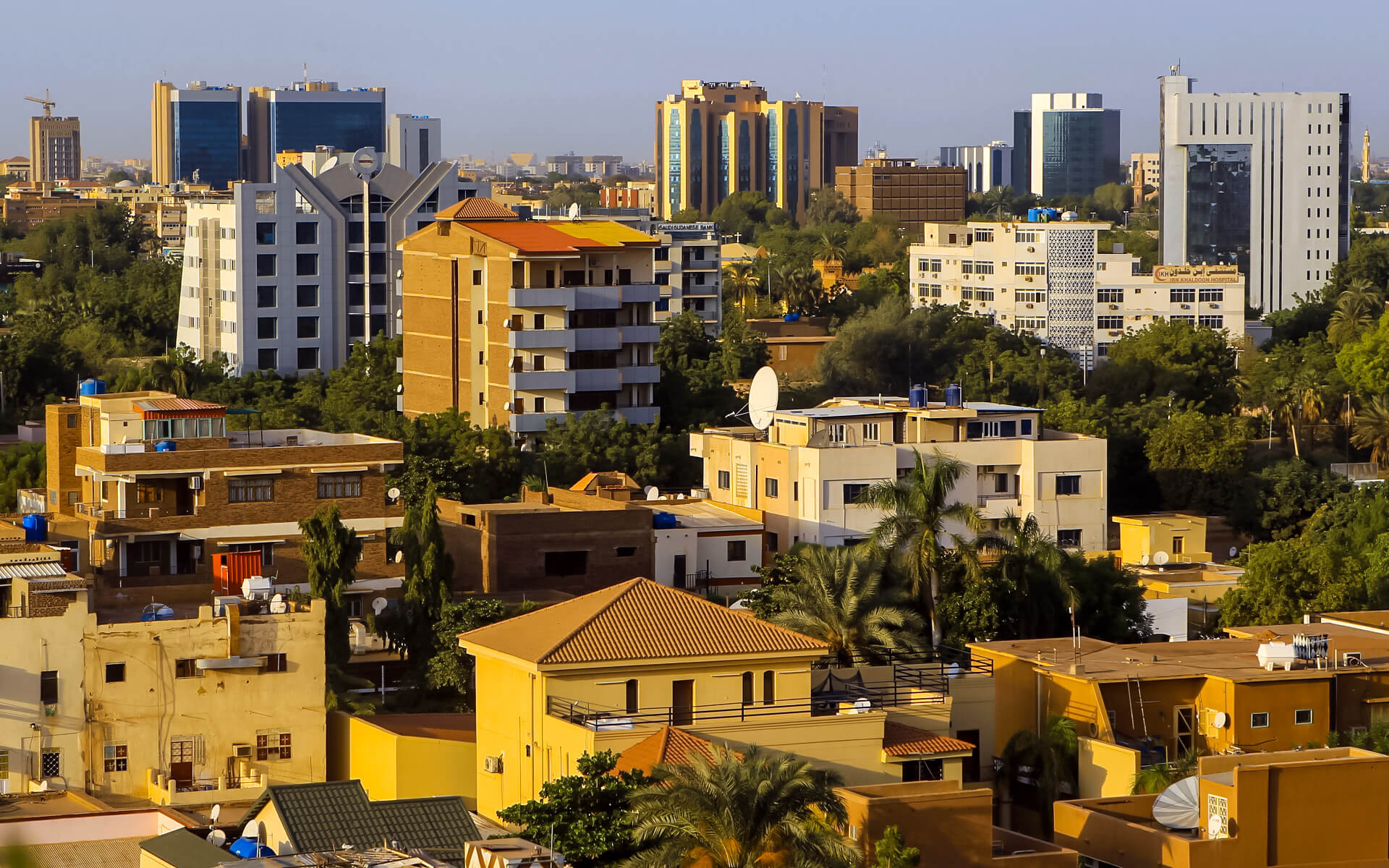 Khartoum is Sudan’s capital and second-largest city, as well as the capital of Khartoum state.

It is situated at the junction of the White and Blue Niles, which flow north from Lake Victoria and west from Ethiopia, respectively. The main Nile is still flowing north toward Egypt and the Mediterranean Sea.

Khartoum is a tripartite city divided by the Niles, with an estimated population of over five million people. It consists of Khartoum proper, which is connected to Khartoum North and Omdurman to the west by bridges.

The Sudanese government is headquartered in Khartoum, which is also the biggest of the three cities. The oldest portion of the city is located along the White Nile, while the newer sections, such as Al-Amarat and Khartoum Two, are located to the south, across the railway line and ring road, and surrounding the airport runway. The city is primarily set out on a grid, both in its older parts and its modern extensions. Omdurman has a more Middle Eastern feel to town, with winding lanes and the massive Souq Omdurman. Bahri is mostly made up of industrial and residential areas.

The Saharo-Sahelian zone, which represents the gradual passage between the Sahara Desert, huge arid regions, and the Sahel, large semi-arid areas, has a hot desert climate with a dry season that occurs throughout “wintertime.”

For the majority of the year, the climate is very dry, with around nine months of average rainfall of less than 5 mm (0.20 in).

Khartoum is one of the world’s warmest major cities, with yearly mean temperatures hovering about 30 degrees Celsius (86 degrees Fahrenheit). For such a dry environment, the city nevertheless gets very hot “winters.”

The government of Sudan has undertaken a large development project after the signing of the historic Comprehensive Peace Agreement between the government of Sudan and the Sudan People’s Liberation Movement (SPLA). The Al-Mogran Development Project, two five-star hotels, a new airport, the Mac Nimir Bridge (completed in October 2007), and the Tuti Bridge, which connects Khartoum and Tuti Island, were the most important developments in Khartoum in 2007.

Khartoum has grown in the twenty-first century thanks to Sudan’s oil resources. Tree-lined streets go across the city’s heart. Khartoum has the country’s greatest concentration of economic activity. As substantial economic advancements occur in other sections of the nation, this has altered.

Printing, glass production, food processing, and textiles are among the city’s industries. Petroleum products are currently produced in Khartoum’s far north, supplying the city with both fuel and employment. Northern Khartoum is home to one of Sudan’s major refineries.