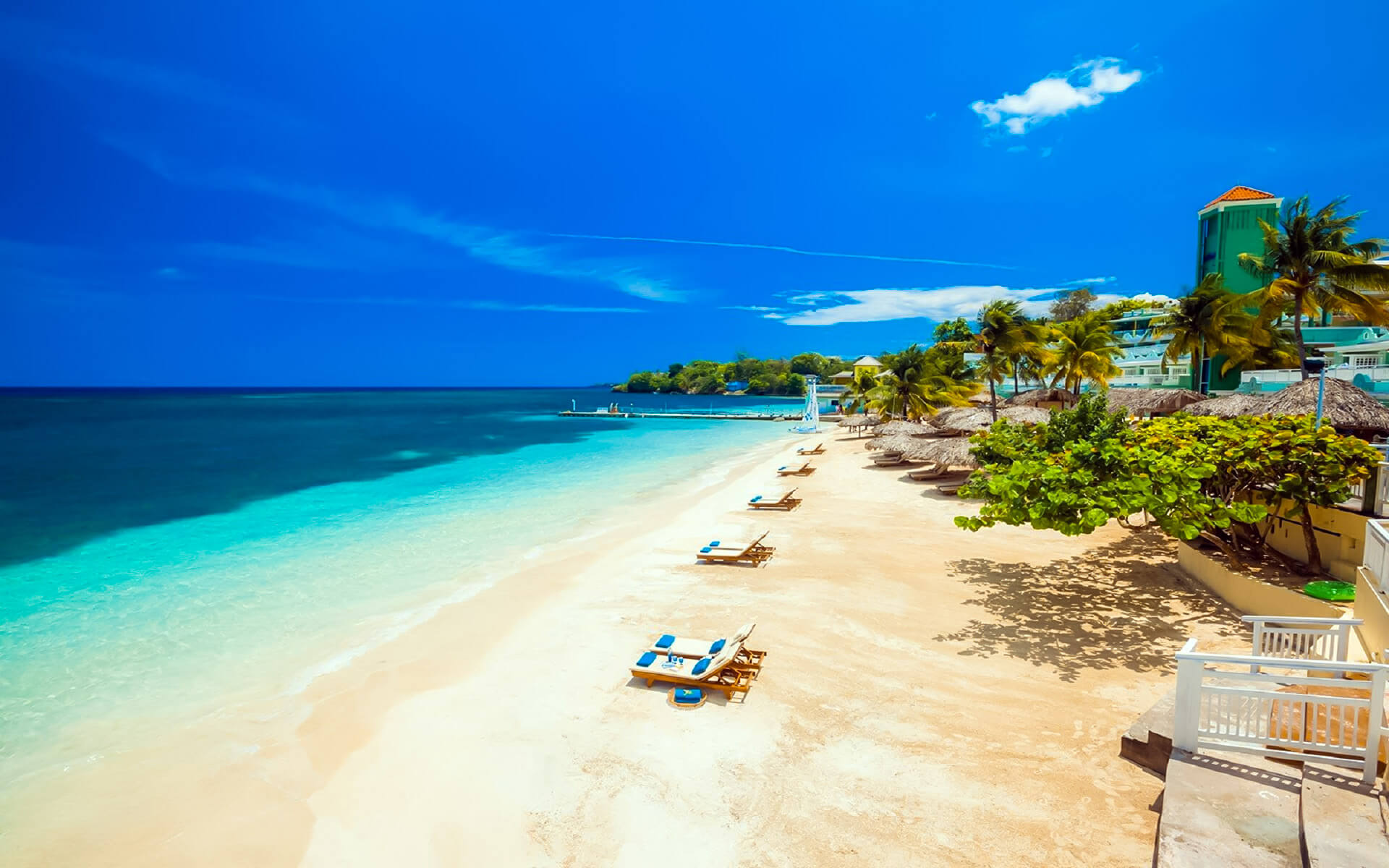 Ocho Rios (Spanish for “Eight Rivers”) is a town in the parish of Saint Ann on Jamaica’s north coast. Locals refer to it as Ochi. Beginning as a small fishing community, Ocho Rios has exploded in popularity over the past decade, with duty-free shopping, a cruise ship port, world-renowned tourist attractions, and various beaches and recognized resorts. Apart from being a cruise ship port of call, Ocho Rios also welcomes cargo ships at the Reynolds Pier for the export of sugar, limestone, and, in the past, bauxite. In 2011, the town’s estimated population was 16 671, or approximately 10% of St. Ann’s overall population. Both the Donald Sangster International Airport (97 kilometers west of Ocho Rios) and the Ian Fleming International Airport serve the town (17 km east of Ocho Rios). In the town’s proximity, scuba diving and other water activities are available.

The term “Ocho Rios” may be a misnomer, since the region does not presently include eight rivers. It might be a British version of the village’s original Spanish name, “Las Chorreras” (“the waterfalls”), which was given in reference to the village’s proximity to the Dunn’s River Falls.

Since 2007, the North Coast Highway connecting Montego Bay’s Sangster International Airport to Ocho Rios has been renovated, and the travel now takes an hour and forty-five minutes. The Jamaican government launched a $21 million redevelopment plan for the resort region on 26 August 2011. Since March 2016, when the North-South part of Highway 2000 (whose northern end is at Mammee Bay, a neighborhood of Ocho Rios) was opened, driving and commuting times into the nation’s capital, Kingston, have decreased from almost two hours to just under an hour. The completion of this roadway significantly decreased traffic on the previous route connecting Jamaica’s two cities (via town and into Fern Gully).

The town is home to several restaurants and nightclubs, including Margaritaville, as well as Dolphin Cove, which allows travelers to swim with and interact with dolphins. Another significant feature is Fern Gully, which was developed as a result of a 1907 earthquake that devastated one of the area’s river channels. Fern Gully is a nearly three-mile-long rocky valley where visitors may witness over 540 different species of ferns. In 1907, the British government constructed what is today known as The Fern Gully Highway over the devastated river bed.

Ocho Rios was founded by the Taino tribe of Arawak Indians, who arrived in Jamaica approximately 1,000 BC and named the place Xamayca, which translates as “country of wood and water.” Ocho Rios was renamed Chorreros meaning fast rivers when Christopher Columbus arrived in 1494 and seized the island for Spain. The Tainos eventually perished as a result of sickness, enslavement, and conflict. Several more committed suicide, ostensibly to emancipate themselves from their status as slaves. In 1517, Spain sent the first African slaves to Jamaica as laborers for farms around the island, including Ocho Rios.

British soldiers conquered the island from the Spanish in May 1655. The English misread, misconstrued, and mispronounced the Spanish term Chorreros, and renamed the town Ocho Rios, which sounded similar. In 1657 and 1658, the Spanish attempted but failed to reclaim the island in ferocious fights in and around Ocho Rios dubbed the Battle of Las Chorreras.

Historically, neither the English nor the Spanish gave Ocho Rios an important role. It was, however, used by pirates, who saw it, along with Port Royal, as an ideal base of operations. When slavery was abolished legally in Jamaica in 1834, the town underwent a period of poverty and regeneration. Without colonial ties, Ocho Rios’ history was shaped by newly freed slaves, who welcomed their newfound independence and gradually transformed the town into a stable and tranquil fishing settlement.

Although plantations grew during colonial times, Ocho Rios never developed into a significant fruit-shipping port. Things started to alter in the 1940s with the construction of the deep-water Reynolds Pier west of town by Reynolds Jamaica Mines. A 10-kilometer-long overhead conveyor line still transports bauxite ore from the Reynolds open-cast mines in the hills south of town.

Nonetheless, Ocho Rios remained a sleepy community until the 1960s, when the Jamaican government established the St Ann Development Company (SADCo) under the auspices of the Urban Development Corporation (UDC) and began a methodical development program. It dredged the harbor and constructed a small marina, reclaimed the shoreline, imported sand for Turtle Beach, and constructed retail malls and housing developments. By the early 1980s, Ocho Rios had developed a distinct personality: a fusion of American-style fast-food franchises, unremarkable retail malls, a smattering of inferior hotels in town, and more stylish, upmarket English-style hotels a discreet distance east. ‘Ochi’ has been spruced up with the creation of Island Village, a significant retail and entertainment complex.