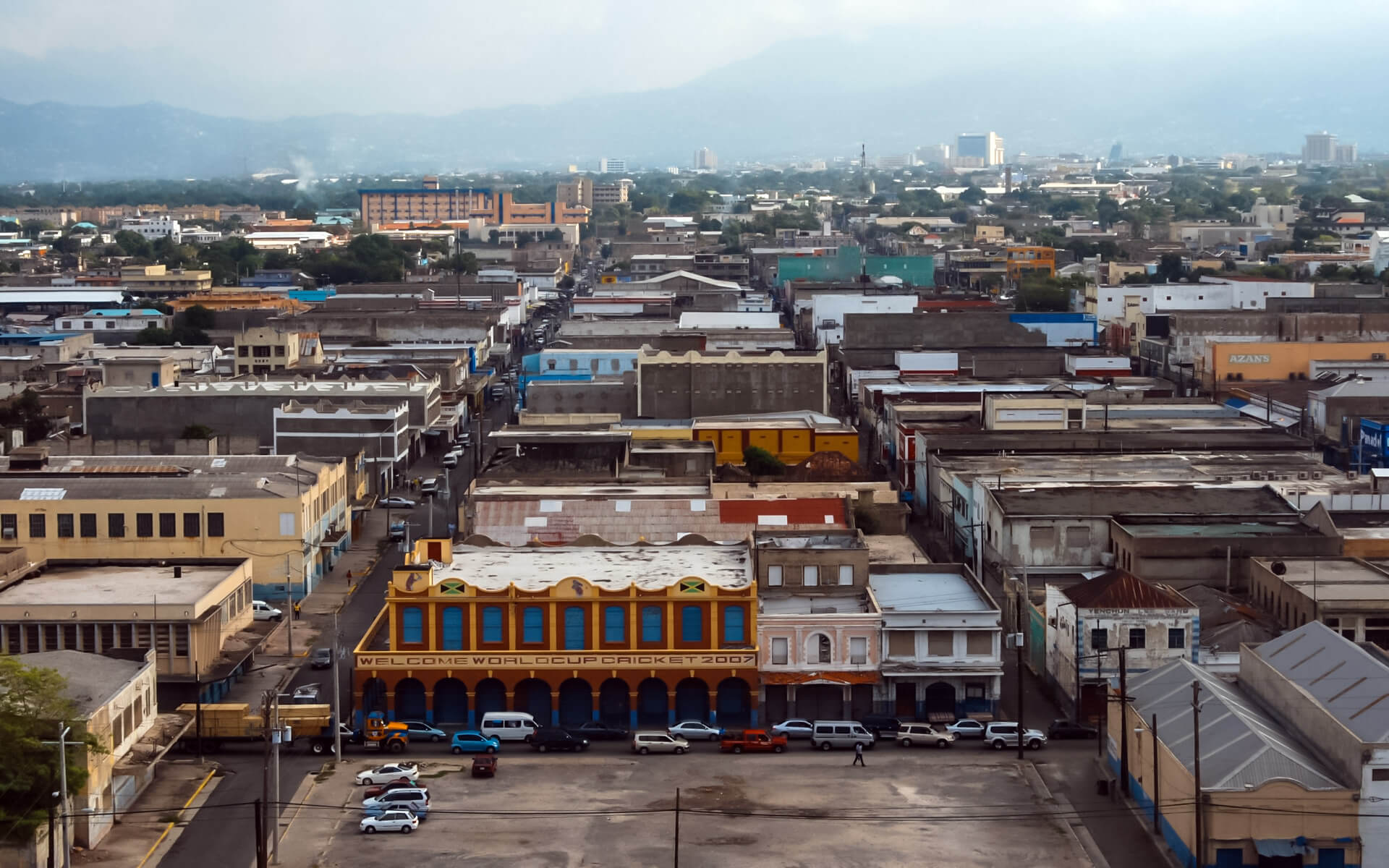 Kingston is the capital and biggest city of Jamaica, situated on the island’s southeastern coast. It is protected by the Palisadoes, a large sand spit that links the town of Port Royal and the Norman Manley International Airport to the remainder of the island. Kingston is the biggest mostly English-speaking city in the Americas south of the United States.

The Kingston and St. Andrew Corporation Act of 1923 merged the local government entities of Kingston and St. Andrew parishes to become the Kingston and St. Andrew Corporation (KSAC). Greater Kingston, often known as the “Corporate Area,” refers to the territories covered by the KSAC; nevertheless, it does not only relate to Kingston Parish, which comprises of the ancient downtown and Port Royal. In 2001, Kingston Parish had a population of 96,052, while St. Andrew Parish had a population of 555,828. Kingston is solely bounded to the east, west, and north by Saint Andrew. Tivoli Gardens, Denham Town, downtown Kingston, National Heroes Park, Kingston Gardens, Rae Town, Bournemouth Gardens, Norman Gardens, Springfield, Rennock Lodge, Port Royal, and sections of Allman Town, Franklyn Town, and Rollington Town form the parish of Kingston’s geographical boundary.

Six Miles to the west, Stony Hill to the north, Papine to the northeast, and Harbour View to the east are settlements in both urban and suburban Saint Andrew. Gordon Town, Mavis Bank, Lawrence Tavern, Mt. Airy, and Bull Bay in rural St. Andrew would not be regarded as being in Kingston city.

Kingston’s center region is divided into two sections: the old Downtown and New Kingston. Both are serviced by Norman Manley International Airport as well as Tinson Pen Aerodrome, which is largely used for domestic flights.

Kingston, Jamaica’s capital, is situated on the island’s southeastern coast. This city is divided into two sections: ‘downtown’ and ‘uptown,’ also known as ‘New Kingston.’ Kingston was Jamaica’s sole city for a while and remains the country’s economic and cultural center. You’ll see that the city has been allocated zip codes (Kingston 5, Kingston 10, etc.), which is a fantastic illustration of how really huge this metropolis is, particularly for an island like Jamaica.

Kingston has a variety of urban parks that are constantly altered to suit different events and festivals on the Jamaican calendar. Emancipation Park, Hope Gardens, Devon House, National Heroes’ Park, St William Grant Park, and Mandela Park are among the most popular parks.

The Blue Mountains, Red Hills, Long Mountain, and the Kingston Harbour surround Kingston. The city is located in the Liguanea plain, an alluvial plain next to the Hope River. Kingston is prone to earthquakes, notably the 1907 quake.

Kingston is vital to the Jamaican economy. The great bulk of economic activity occurs in Kingston, and since the majority of government departments are based there, the city is a crucial factor in legislation pertaining to Jamaica’s finances. Because of the capital city’s high population density, the bulk of monetary transactions take place in Kingston, fuelling most of Jamaica’s local economy. The Kingston Metropolitan Area is home to several international businesses and financial institutions.

The Jamaican government has declared a goal to develop Kingston into an International Financial Centre, and as such, legislation has been approved. This IFC will most likely be placed near Kingston’s waterfront and will be part of a larger revitalisation and gentrification plan for the city center.

The headquarters of Air Jamaica are in Kingston.

Kragujevac is Serbia’s fourth biggest city and the administrative center of the Šumadija District. It is located on the Lepenica River’s banks. The city...
Read more

Mendoza is the capital of Argentina’s Mendoza province. It is situated in the province’s northern-central section, on the eastern side of the Andes, amid...
Read more

Namibia, formally the Republic of Namibia, is a republic in southern Africa with the Atlantic Ocean as its western boundary. It is bordered to...
Read more

Perth is the capital and biggest city of Western Australia, an Australian state. Greater Perth is Australia’s fourth-most populated metropolis, with an estimated population...
Read more

After Moscow and St. Petersburg, Novosibirsk is Russia’s third most populated city. With a population of 1,473,754 as of the 2010 Census, it is...
Read more
Tourist destinations