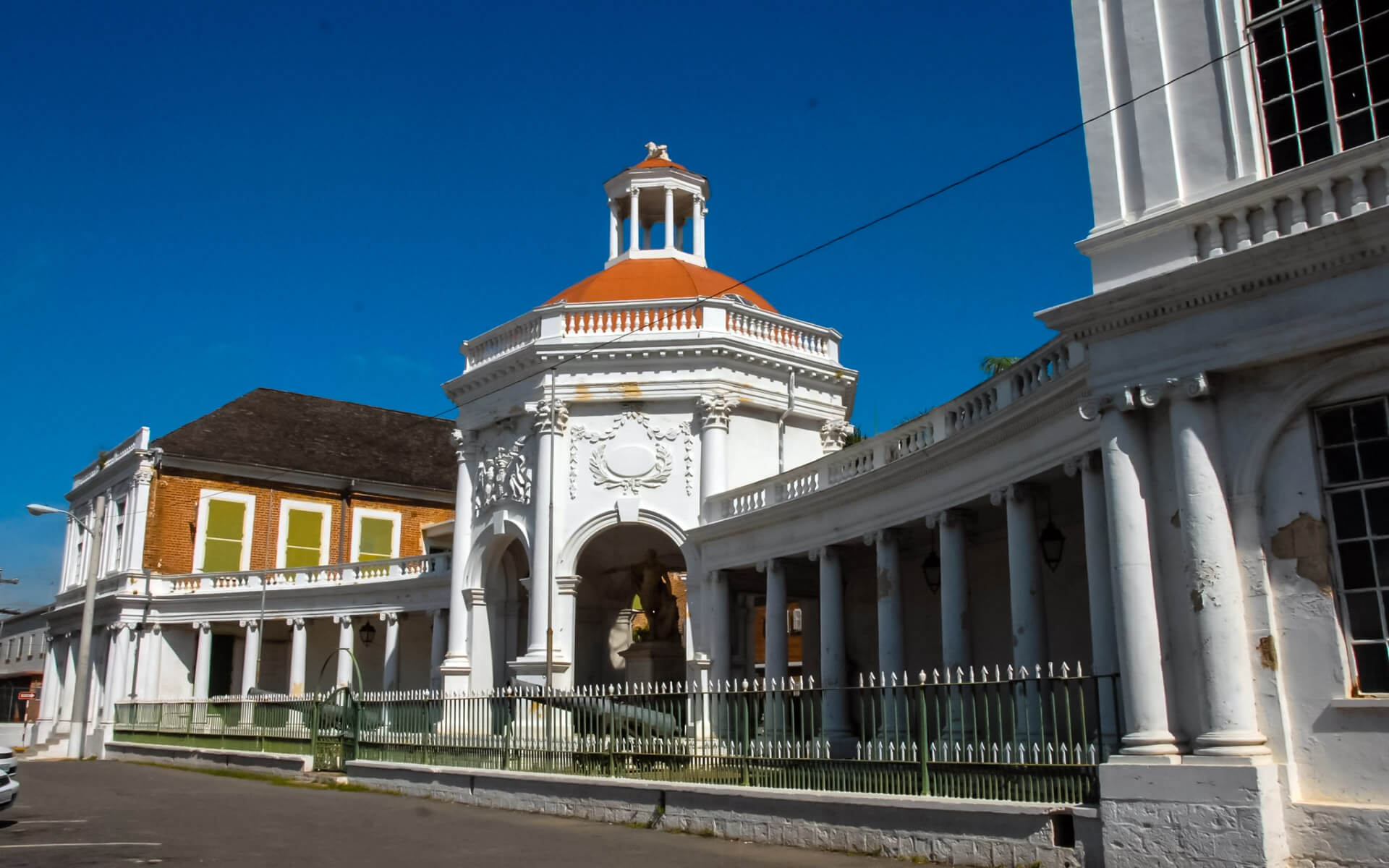 Spanish Town is the parish headquarters and major town in Jamaica’s medieval county of Middlesex. From 1534 until 1872, it served as both the Spanish and British capitals of Jamaica. Numerous monuments, the national archives, and one of the oldest Anglican churches outside of England are located in the town (the others are in Virginia, Maryland and Bermuda).

In 1534, governor Francisco de Garay established Villa de la Vega as the colony’s capital. It was afterwards referred to as Santiago de la Vega or St. Jago de la Vega. Although indigenous Taino had lived in the region for roughly a millennium before to this, this was the first European settlement on the island’s south coast.

Spanish Town was called by the English when they captured Jamaica in 1655. Port Royal assumed several administrative duties and served as an unofficial capital during the early years of English administration due to the town’s severe destruction during the invasion. When an earthquake destroyed Port Royal in 1692, Spanish Town had been restored and was once again operating as the capital. Spanish Town was the colony’s capital until 1872, when the colony’s seat was transferred to Kingston.

Kingston was formed after the 1692 earthquake. By 1755, strong lobbying rivalry increased doubts regarding Spanish Town’s continuing fitness as the capital. Governor Lionel Smith said in 1836 that “the capital was in ruins, with no commercial, industrial, or agricultural enterprise operating.” To exacerbate the problem, Sir John Peter Grant ordered the capital’s move to Kingston in 1872 after the Morant Bay Rebellion of 1865. As a major harbor, it has developed into the island’s natural capital. After the government seat was transferred, Spanish Town’s economic and cultural vigor waned significantly.

The community is located on the west side of the Rio Cobre, thirteen kilometres from Kingston along the major route. Two key colonial eras affected its history: Spanish control from 1534 to 1655 and English rule from 1655 to 1872. Following that, the capital was moved to Kingston. The Anglican Church took over the cathedral in the sixteenth century.

The ancient architecture and street names provide witness to the colonial era, such as Red Church and White Church streets, which are reminiscent of the Spanish chapels of the red and white cross, and Monk Street, which is named after the adjacent monastery. The streets Nugent and Manchester were named after British Colonial Governors George Nugent and William Montagu, 5th Duke of Manchester, respectively. King Street sits beside the governor’s mansion, King’s House, while Constitution Street, which runs alongside the Square, is named after the island’s old administrative center. The Rodney Memorial in the town center is flanked by two cannons from the French ship Ville de Paris (1764), as is the façade of the Old King’s House, which served as the governor’s home until 1872.

Spanish Town is home to an early cast-iron bridge designed by Thomas Wilson and produced by Rotherham, England-based Walker and Company. The bridge, which spans the Rio Cobre, was built in 1801 at a cost of £4,000. It is supported on huge masonry abutments by four arched ribs. After the abutments eroded, posing a threat to the building, it was included on the World Monuments Fund’s 1998 World Monuments Watch.

American Express funded the restoration effort via the World Monuments Fund in 2004. Progress remained sluggish until 2008, when a fresh attempt to restore the site began. A first phase of rehabilitation was completed in April 2010, when the bridge was reopened to the public after repairs to the abutments. Recent violence in the neighborhood has harmed the bridge’s bid to become a UNESCO World Heritage Site.

In 2009, Spanish Town’s population was predicted to be at 160,000. Spanish Town, like the rest of St. Catherine, has seen substantial population growth.

Within Jamaica, it is sometimes known to informally as “Spain” or “Prison Oval.” The latter moniker refers to the cricket field or oval situated right outside the St. Catherine District Prison, from which some convicts may see the sport via their cell windows. At the Prison Oval, association football is also played; the biggest club is Rivoli United F.C.

The town had one of the first Spanish churches erected in the New World, dating all the way back to 1525. Numerous Christian groups have churches or meeting rooms in town, including a Roman Catholic church, as well as chapels for Wesleyan, Baptist, and Seventh-day Adventist believers. Additionally, there is a mosque.

A historic almshouse, public hospital, and prison facility erected in the eighteenth century remain unaltered in character. The town is home to a facility that produces logwood dyes, a salt factory, and a rice processing plant. Five large sugar plantations, a milk condensary, and a sizable textile factory are located nearby.

Criminal activity is prevalent in several areas of Spanish Town. Be on the lookout for pickpockets, particularly in the market, and avoid driving near the market or venturing off the major downtown streets.