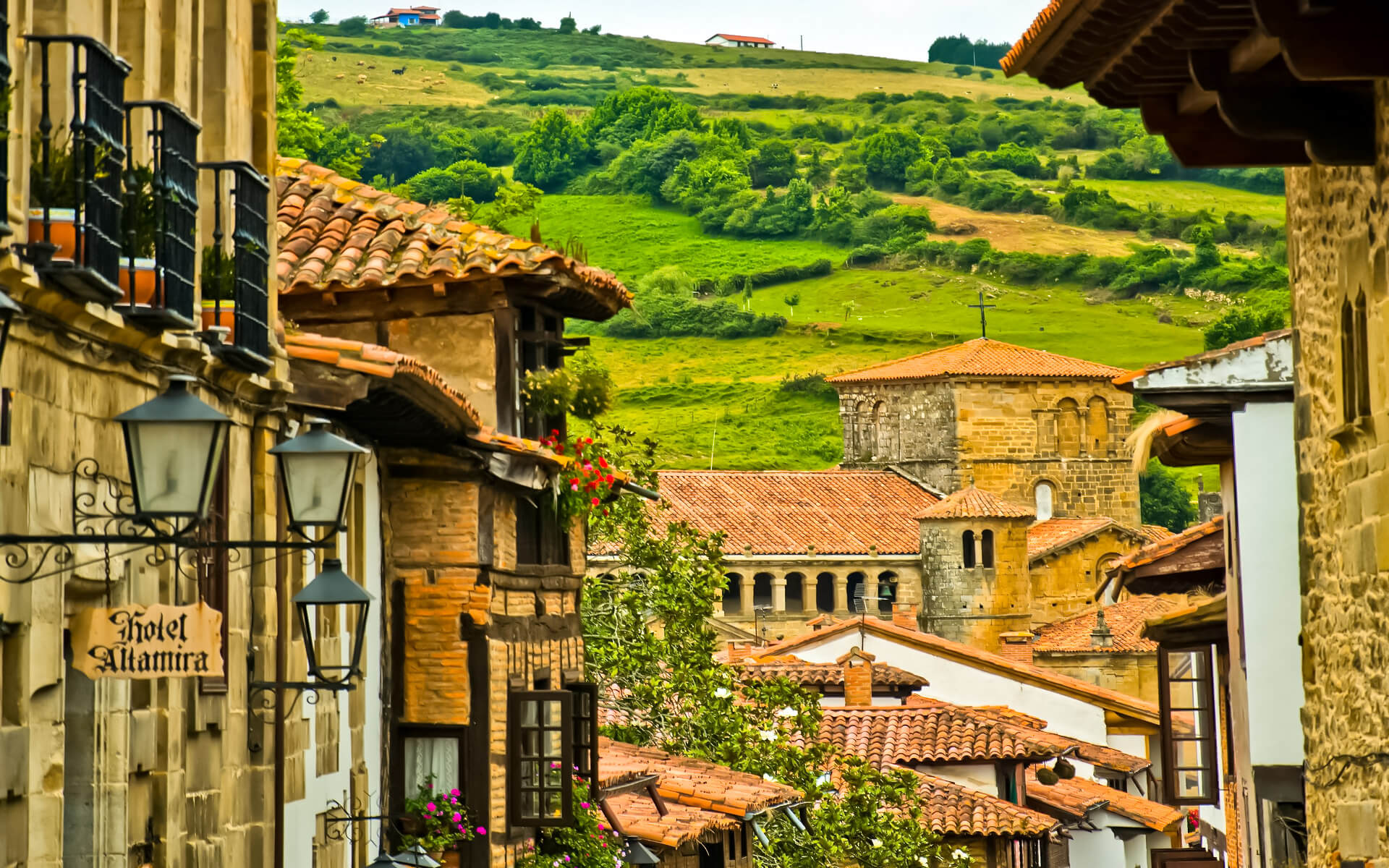 Santillana del Mar is a lovely village in the Spanish province of Cantabria known for its medieval architecture. The region surrounding Santillana del Mar has been inhabited for thousands of years, and the Altamira Caves, approximately two kilometers from town, include remnants of some of the oldest residents. Unfortunately, the hamlet has become a bit of a tourist trap, and the surroundings are so densely packed with new projects that you might be excused for wondering what all the excitement is about.

The original essence of the medieval hamlet, however, still exists in the center, albeit the grandeur of the meandering lanes and yellow sandstone houses is somewhat tarnished by the plethora of stores selling tourist trinkets that have spread into virtually every doorway. The Colegiata de Santa Juliana – a magnificent medieval church with a walled cloister located in the centre of town – is the town’s showpiece.

In town, there is a highly contemporary and friendly tourist office that gives a wealth of important information.