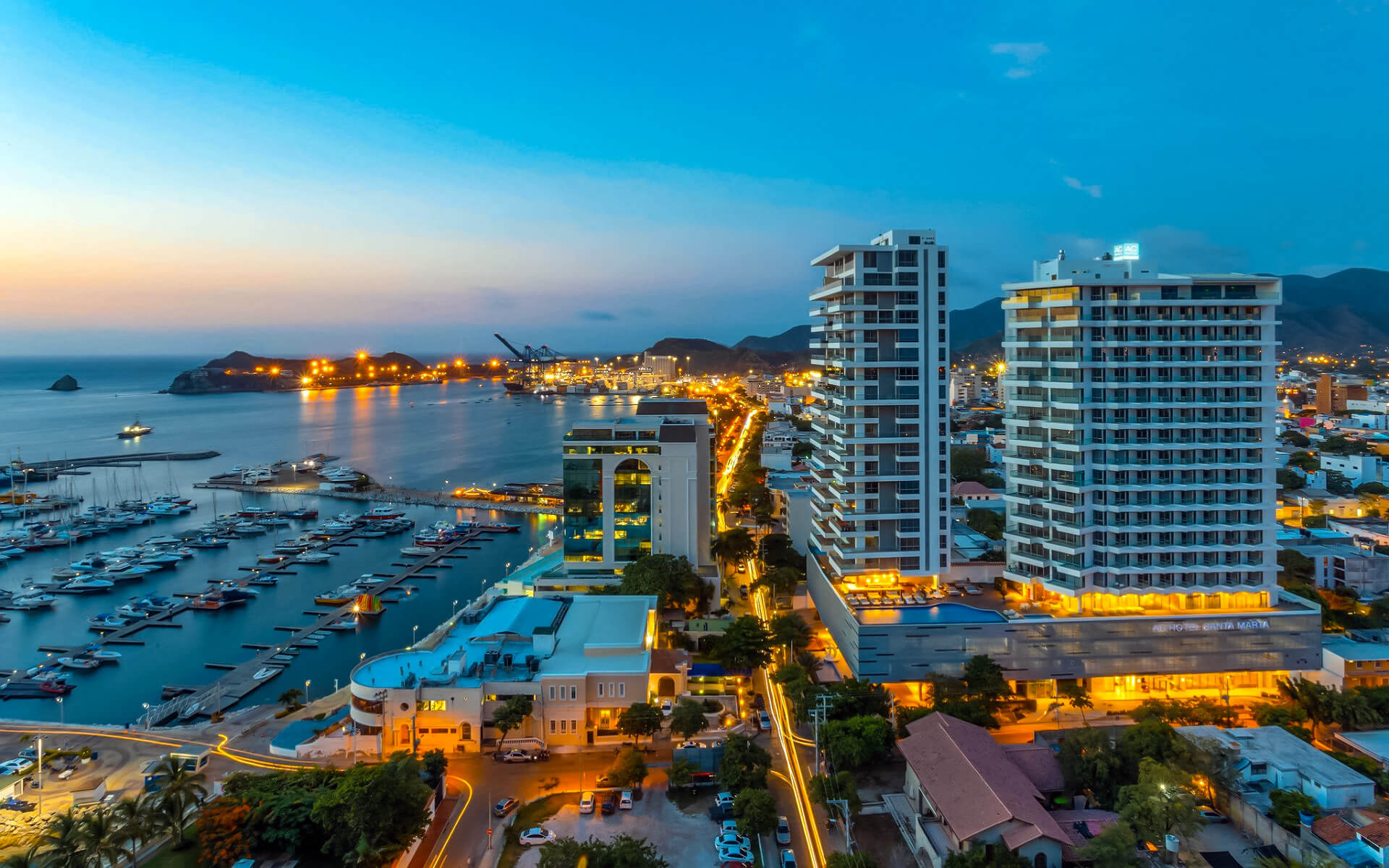 Santa Marta is a Colombian city. It is the seat of the department of Magdalena and the third-biggest city in Colombia’s Caribbean Region, after Barranquilla and Cartagena. It was the first Spanish colony in Colombia, founded on July 29, 1525, by the Spanish conqueror Rodrigo de Bastidas, and is the oldest surviving city in Colombia, as well as the second oldest in South America. As a result of its location on the same-named bay, this city is a popular tourist attraction.

Santa Marta is a major business port as well as a popular tourist attraction. Every day, cargo ships arrive and go, and the movement is highly obvious. The view of the Caribbean Sea from the beach is more or less to the west (great sunsets), with a massive rock of an island thrusting out out of the ocean to create a rather dramatic impression. The port lies out to the right, tucked behind an even larger rock. This is a good beach if you enjoy beaches that are close to town and have a lot of people, merchants, and noise. When you’re on the beach, vendors may be rather pushy.

Apart from the historic center, the primary draws of Santa Marta are its two resort-like neighborhoods, El Rodadero to the south and Taganga to the north. El Rodadero boasts many high-end hotels and private “clubs” that cater mostly to rich Colombians, but Taganga was historically a fishing community and is very popular with (mainly international) backpackers. Taganga boasts a plethora of scuba diving companies.

There are two seasons: high and low. The high season lasts from December to April, with a peak from mid-December to late January (due to school and university vacations).

The economy of Santa Marta is built on tourism, commerce, port operations, fishing, and agriculture, in that order. Bananas, coffee, cocoa, and cassava are the principal agricultural crops.