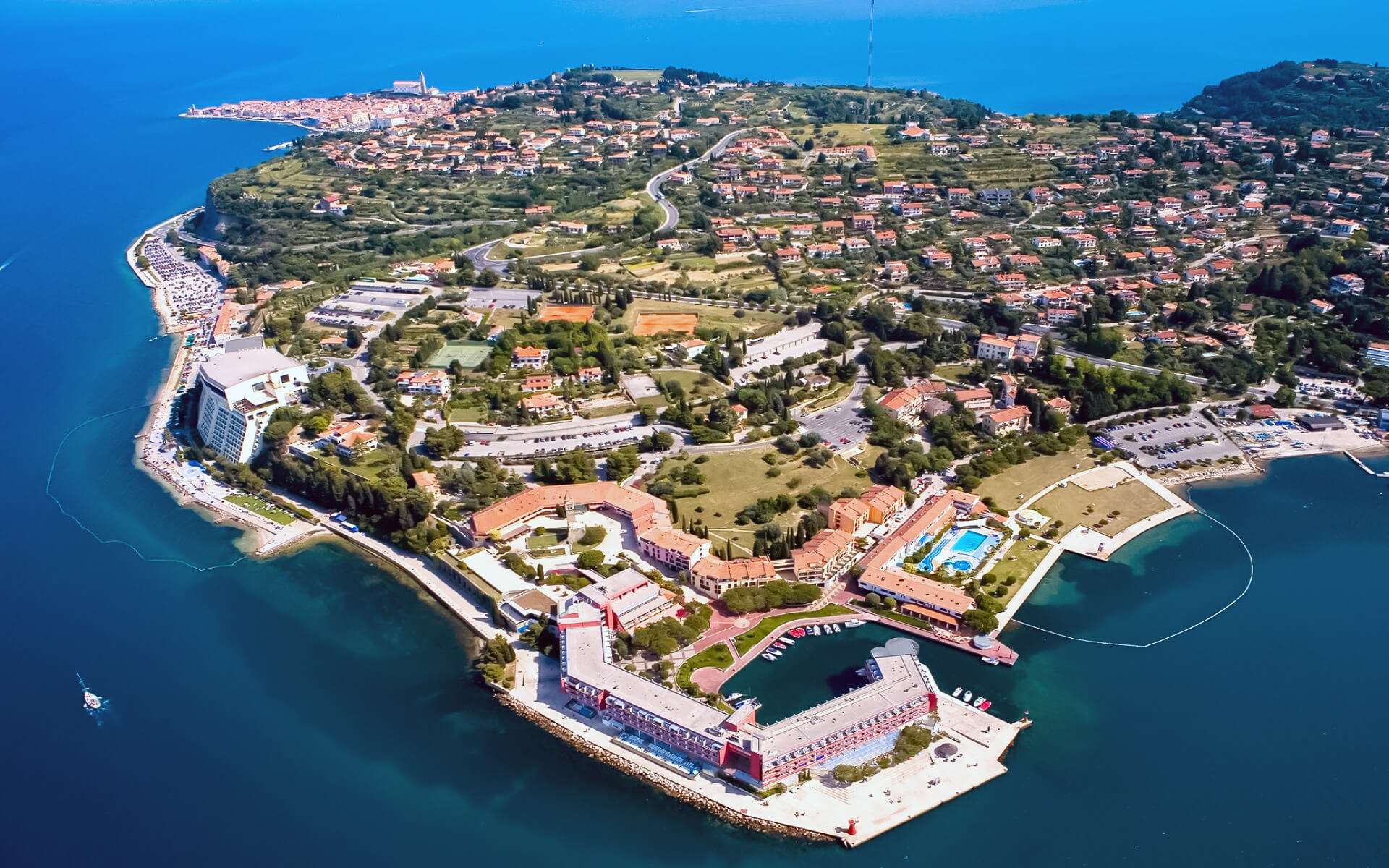 Portorož (Italian: Portorose, meaning “Port of Roses”) is a town on the Adriatic-Mediterranean coast in the Municipality of Piran in Slovenia’s south-west. Its contemporary growth started in the late nineteenth century with the establishment of the first health resorts. Along with Opatija, Lido, and Grado, it became one of the greatest coastal resorts in Central Europe in the early twentieth century, then as part of the Austrian Littoral. It is currently one of the most popular tourist destinations in the country. The Hotel Palace, located in the heart of the city, was formerly one of the most significant resorts for the Austro-Hungarian empire and is now one of the best hotels between Venice and Dubrovnik.