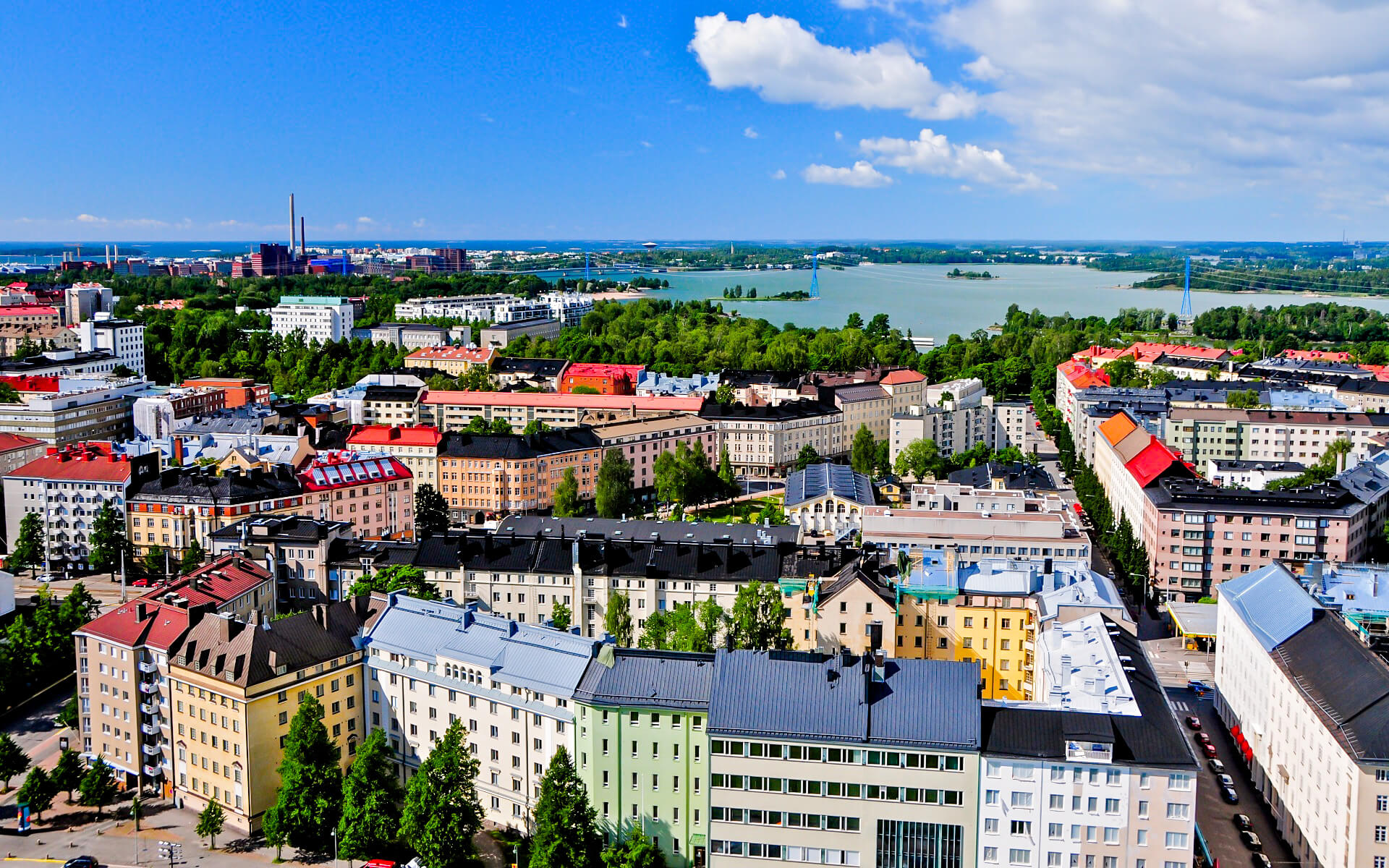 Helsinki is Finland’s largest political, educational, financial, cultural, and scientific hub, as well as one of the major cities in Northern Europe. Approximately 75% of foreign enterprises operating in Finland have established themselves in the Helsinki area.

Helsinki (Finnish) or Helsingfors (Swedish) is Finland’s capital. Founded in 1550, the “Daughter of the Baltic” has served as Finland’s capital since 1812, when it was renovated by Russian tsars to resemble a miniature St. Petersburg, a role it has played in numerous Cold War films. Today, Helsinki manages to be a bit of an international city while also maintaining a small-town atmosphere. Summer is the greatest season to visit, when Finns shed their overcoats and rush to outdoor pubs and cafés to soak in the rays.

City of Helsinki Tourist Information Office, Corner of Pohjoisesplanadi and Unioninkatu (just off Market Square), +358 9 3101-3300. M-F 9AM-8PM, Sa-Su 9AM-6PM; closes 6/4PM Oct-Apr. A wealth of knowledge with courteous, multilingual personnel. They also offer museum and tourist trip tickets. There is another one near the Central Railway Station.

Helsinki is one of the world’s northernmost capitals, and the long winter, which lasts from October to April, is gloomy and freezing. Winter temperatures average -5°C, but the wind chill and humidity make it seem significantly worse, and on an exceptionally frigid day, the mercury may drop below -20°C. Snow falls infrequently and often melts into murky slush. However, lake-effect snowfalls dumping huge quantities of snow in a few hours (and causing traffic havoc) are not uncommon in the early winter. Because the Helsinki peninsula juts into the sea, the climate is more marine than inland, with snow and -5 °C replaced by slush, sleet, and 0 °C. This is particularly noticeable in November and December.

The arrival of spring brings beautiful sky, but the temperature does not rise as quickly as the number of daylight hours; even in April, you may endure sub-zero temperatures. Summer is often nice. Temperatures are typically about 20°C, with afternoons in July and August sometimes exceeding 25°C. Parks become green, sunbathers crowd the city’s beaches, and restaurants and bars set up their terraces and patios, giving the cityscape a Central European feel for a few months.

Helsinki, known as the “Daughter of the Baltic,” is situated on the tip of a peninsula and on 315 islands. The inner city region is located on a southern peninsula known as Vironniemi, which is seldom used. The population density in certain parts of Helsinki’s inner city area is very high, reaching 16,494 inhabitants per square kilometer (42,720/sq mi) in the district of Kallio, but the city as a whole has a population density of 3,050 per square kilometer (7,900/sq mi), making it quite sparsely populated in comparison to other European capital cities.

Outside of the city center, most of Helsinki is made up of postwar suburbs divided by sections of forest.

The City of Helsinki has over 11,000 boat berths and over 14 000 hectares of neighboring marine fishing waterways. This region is home to around 60 different types of fish. Fishing for fun is a common pastime for both children and adults.

The Helsinki Metropolitan Area accounts for around one-third of Finland’s GDP. GDP per capita is around 1.3 times that of the national average.

Greater Helsinki is home to 83 of Finland’s top 100 corporations. Two-thirds of the top 200 highest-paid CEOs in Finland reside in Greater Helsinki, while 42 percent live in Helsinki. The top 50 earners earned an average of 1.65 million euros.

Wi-Fi access points Is nearly everywhere in Helsinki. Helsinki is covered by 4G networks. Wi-Fi is available at libraries, cafés, and restaurants.