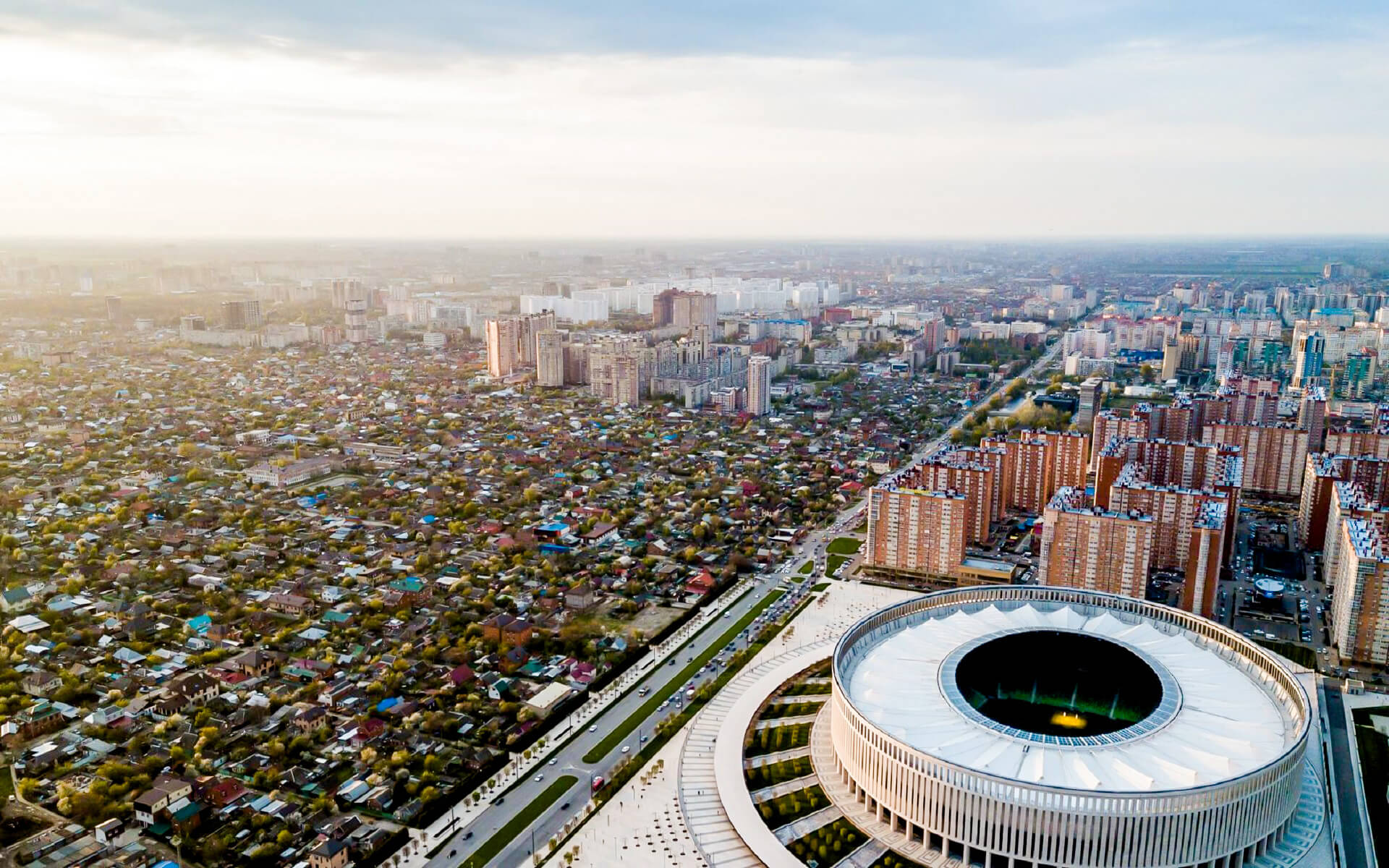 Krasnodar is a city in Russia and the administrative seat of Krasnodar Krai. It is situated on the Kuban River, around 148 kilometers (92 miles) northeast of the Black Sea port of Novorossiysk.

The city is one of the most significant historical and cultural hubs in Southern Russia and the Northern Caucasus. Krasnodar was formed in 1794 by the Black Sea Cossacks, who were led by Catherine the Great, to secure the Russian Empire’s southern frontier. It is situated east of the Black Sea. According to the 2010 census, the city has a population of 713,426 people and is more ethnically varied than the Russian North, with numerous Georgians, Armenians, Chechens, and Ossetians living in the region throughout the years of political strife.

The steel lattice hyperboloid tower, erected in 1928 by Russian engineer and scientist Vladimir Grigorievich Shukhov, is situated near Krasnodar Circus.

Other attractions include St. Catherine’s Cathedral, the State Arts Museum, a park and theater named after Maxim Gorky, the Krasnodar Philharmonic Society’s exquisite concert hall, which has some of the greatest acoustics in southern Russia, the State Cossack Choir, and the Krasnodar circus.

Krasnaya Street is the most fascinating site in Krasnodar (which translates as “Red, Beautiful Street”). Many Krasnodar attractions are located there. The Central Concert Hall can be found at the beginning of this street, while the Avrora Cinema Center can be found at the opposite end. In the center of Krasnaya Street, there is a “Triumphal Arch.”

The biggest splash fountain in Europe may be seen at Theater Square. This fountain was formally unveiled on September 25, 2011, as part of the Krasnodar City Day celebrations.

Krasnodar has a humid subtropical climate, according to the Köppen climate classification (Cfa).

The winters are chilly and wet, with a shaky snow cover. The average temperature in January, the coldest month in the region, is 1 °C (34 °F). Winter weather in Krasnodar varies widely; temperatures might surpass 20 °C (68 °F) for a few days, while temperatures below 20 °C (4 °F) are not unusual since the city is not insulated from cold waves by mountains. Summers are often hot, with an average temperature of 24.1 °C (75.4 °F) in July.

The absolute temperature record for more than 70 years of data was broken on February 2, 2015. The temperature in Kuban’s capital has risen to +20 degrees Celsius (68 Fahrenheit).

Krasnodar is a well developed commercial district with the highest yearly turnover in Russia’s Southern Federal District. In 2010, the retail trade turnover was 290 billion rubles. Krasnodar has the most shopping centers per capita in Russia. It is worth noting that in the crisis year of 2009, Krasnodar’s turnover continued to rise, whilst the majority of cities exhibited a negative trend in the sale of commodities.

Krasnodar has the lowest unemployment rate in the Southern Federal District, accounting for 0.3% of the entire working-age population. Furthermore, Krasnodar is the city with the highest average wage – 21,742 rubles per capita.

Tourism accounts for a significant portion of Krasnodar’s economy. In Krasnodar, there are about 80 hotels. The Hilton Garden Inn, which opened in 2013, is the city’s first world-class hotel.