According to legend, God created the Sporades by pouring colored pebbles across the Aegean Sea. This group of islands in the Aegean Sea attracts with its color, airy turquoise sea, green dense forests and golden sand.

These islands were once the target of pirates, because they are located on a strategic, trade route between the Mediterranean and the Black Sea, and today they are the target of numerous tourists, who are flocking in increasing numbers.

Sporades, islands of natural beauty and true romance, are distributed along the east coast of Greece, and make up as many as 24 islands, but only four are inhabited: Skiathos, Skopelos, Alonissos and Skyros.

This colorful, once hidden gem of the Sporades was unknown for a long time. The island is the most popular in this group. If you arrive by plane, you will land on one of the shortest and narrowest runways in Europe, which is a special experience. But also the arrival by car or bus with a two-hour ferry ride from Volos is an unforgettable experience. Skiathos will impress you at first sight and continue to “seduce” you the next day. 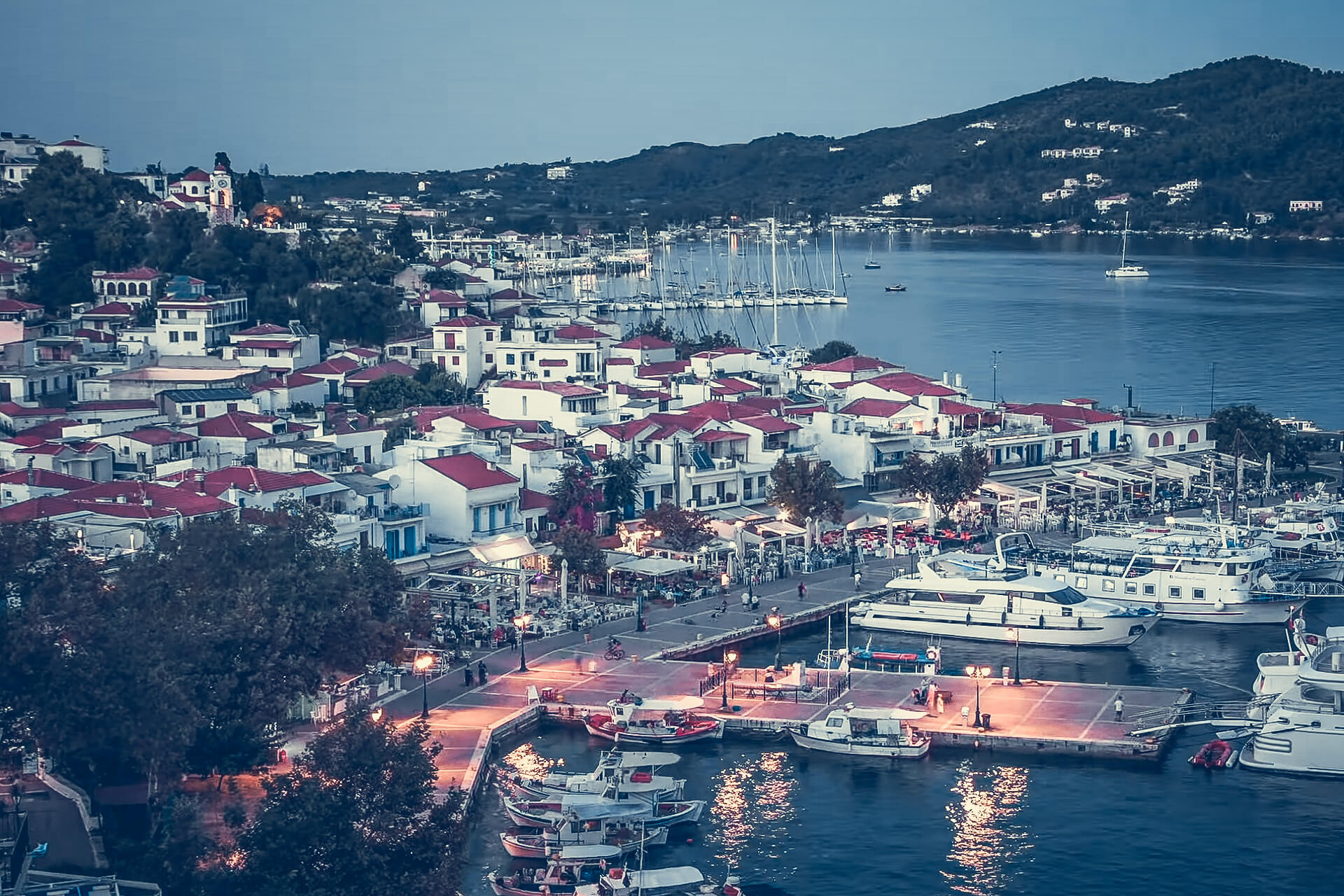 On only 50 square kilometers of this island, there are as many as 66 beaches, and the largest number of them are in the east and south. In addition to the well-known and somewhat famous beaches, such as Koukounaries (translated as “pine cones”), Skiathos has many hidden trump cards, where you can be alone. If you walk through the pine forest to Mandraki, you will enjoy the huge waves on the neighboring, somewhat wild Elas. 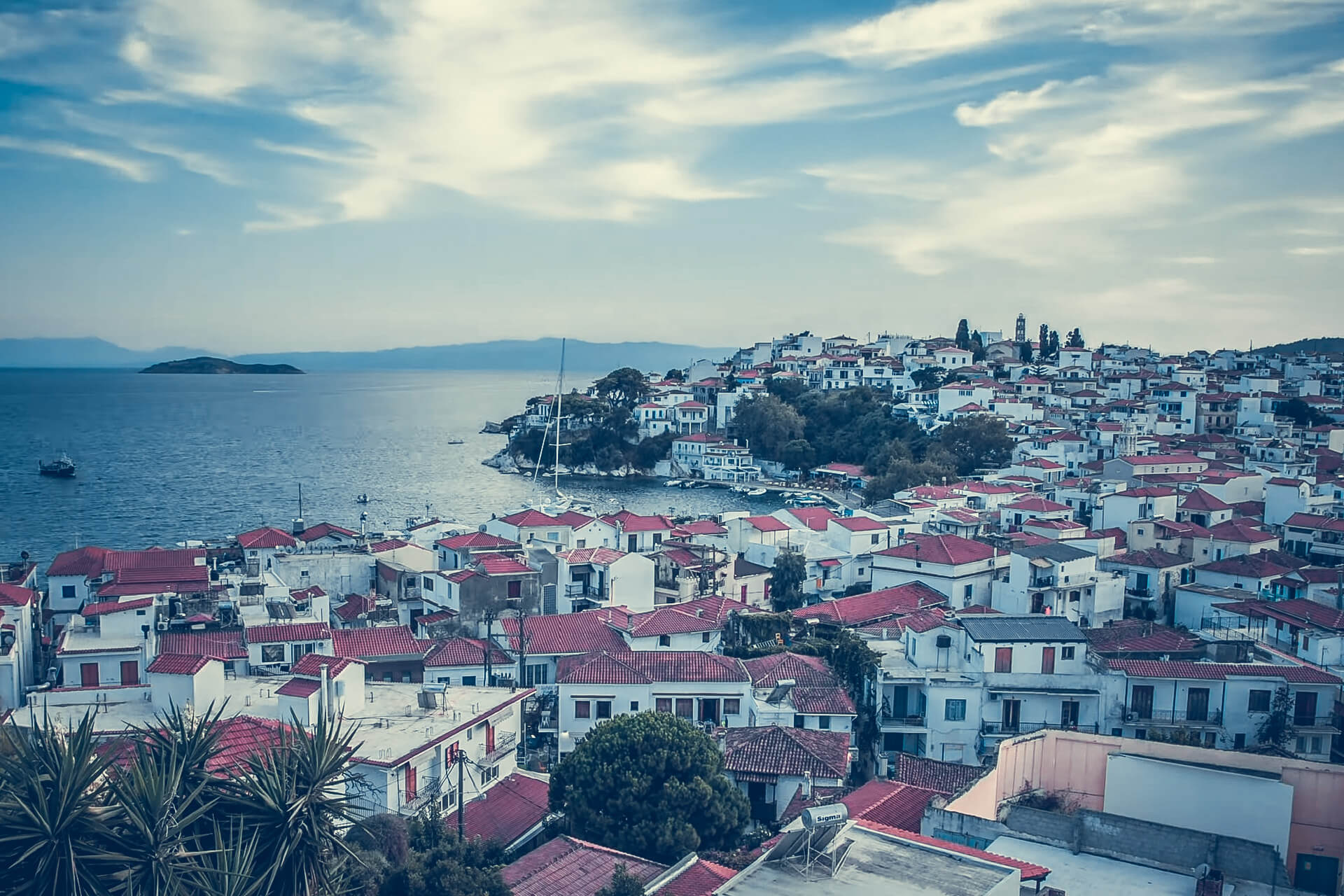 In the capital, it is very crowded during the season, so scooters do not stop running wild on the streets even in the evening. The main street was named after the journalist, writer and philosopher Alexandros Papadiamantis, also known as “Greek Dostoevsky”. You should also visit the medieval capital from the 15th century, Castro. It is a city that protected the island from pirates. To the top, where the remains of the fortress are, you have to climb for a full 20 minutes. You can also visit the nearby uninhabited island of Cugrija, which is reached by taxi boats.

In 2007, the film “Mama Mia” was shot here, with Meryl Streep as the main actress. She then stated that this island is a real paradise on earth and that everything is perfect. At the end of the filming, according to many, the best actress of all time said that this magical place is unforgettable. 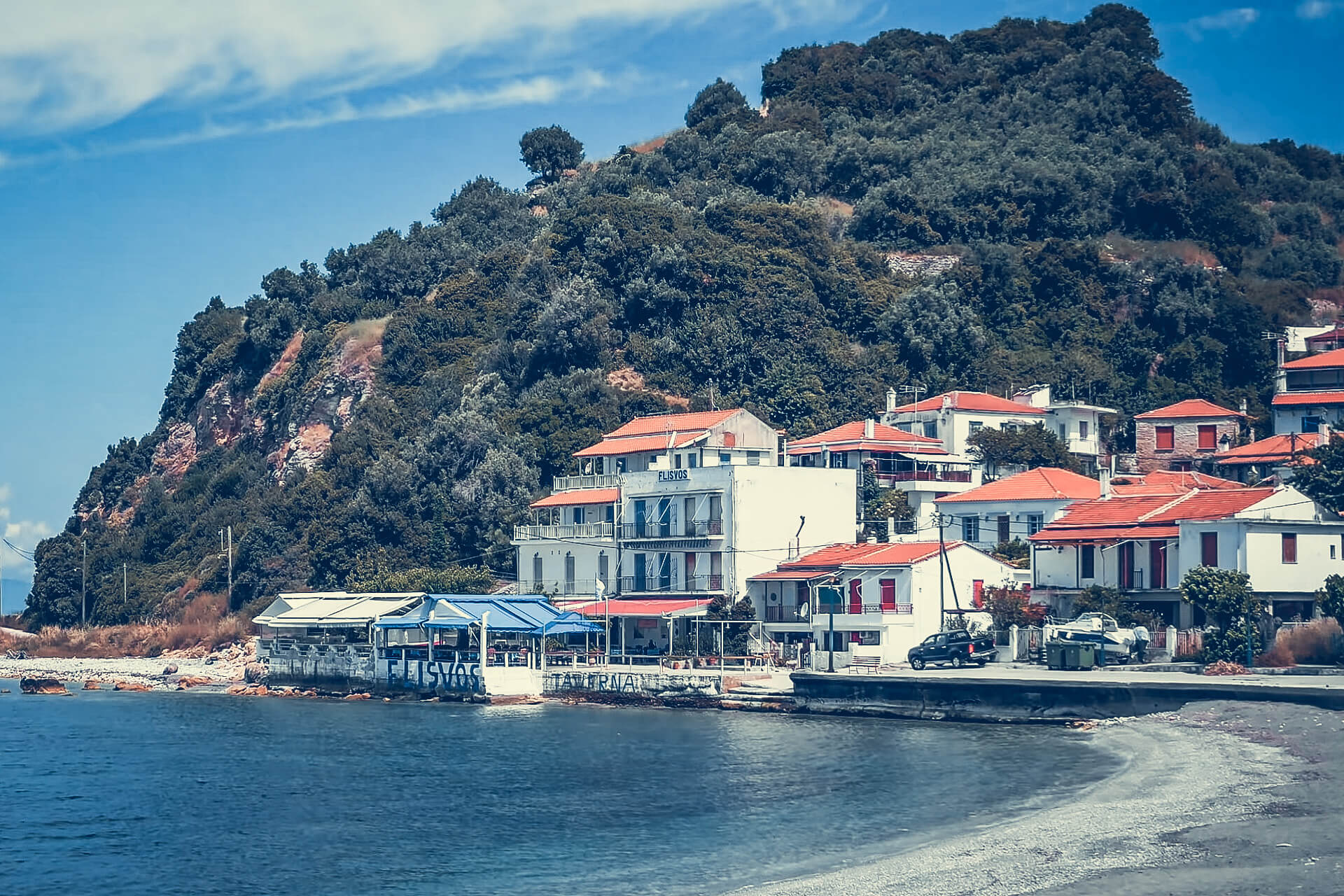 This film conquered the world, and the following year, Skopelos was full of fans, who wanted to follow in the footsteps of Meryl Streep, Pierce Brosnan, Colin Firth, Amanda Seyfried. Tourists in the strong sun, climb 110 steps, to see the church on the top of the rock where Sophie and Sky got married. 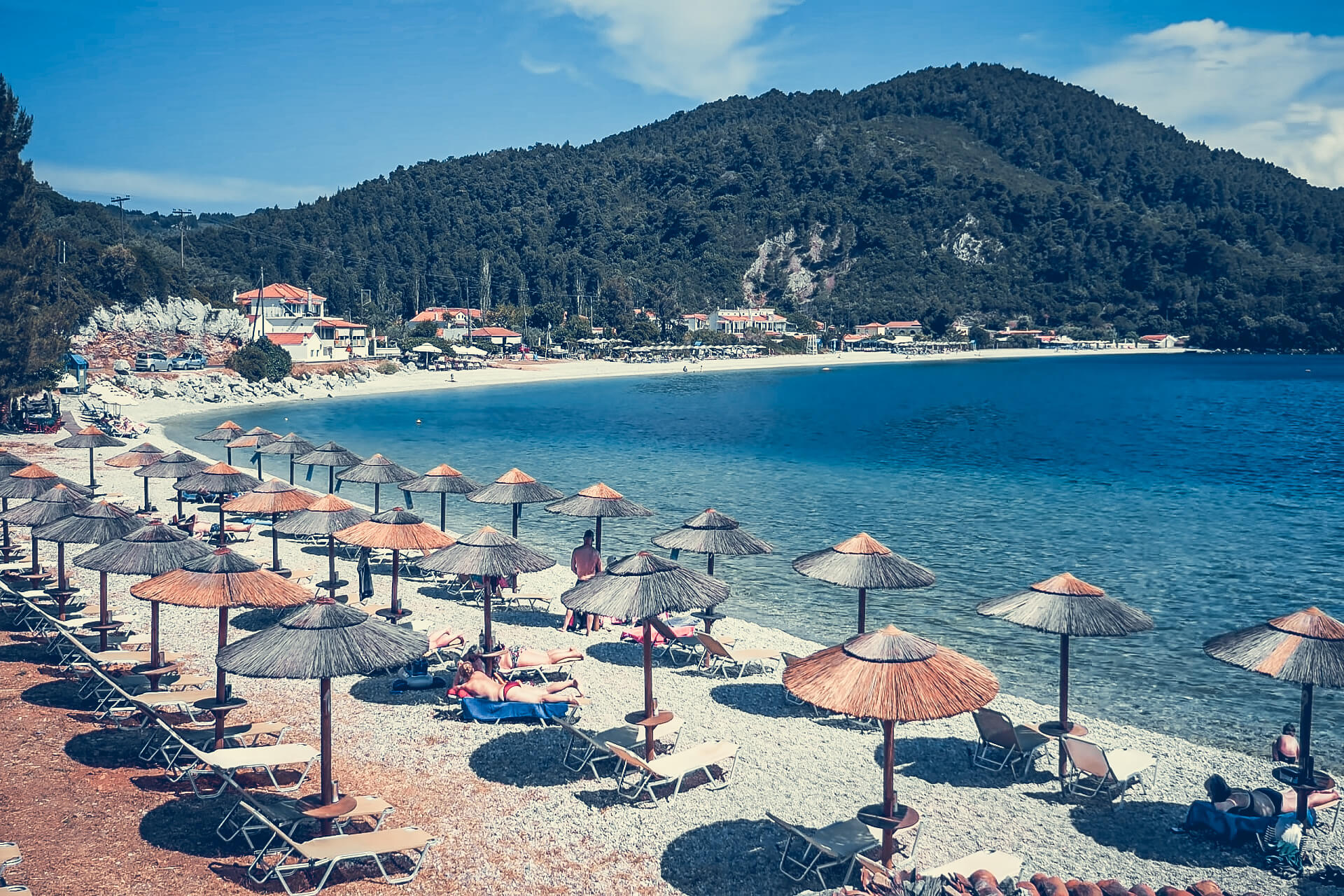 Today Skopelos is back as it was. An island for tourists who seek peace and enjoyment in pine forests, mostly pebble beaches and crystal clear sea. Also here you get the impression that time has stopped. The main beach is Kastani, where the film “Mama Mia” was shot. It is beautiful and the only one that is full of tourists on the island during the season. So if you want peace and quiet, you have to find another beach that is just as beautiful. The most beautiful beaches are on the west side of the island. This is the most densely populated island of the Sporades, and the most frequent guests are the British, Germans and Greeks.

This Aegean island is one of the first inhabited islands, which was inhabited in the 9th century BC. It was formed at the crossing of the main sea routes. Shipwrecks from the Byzantine period still lie on the sea bed around Alonissos, as proof that it was a great naval power, and the inhabitants were considered excellent sailors. There were also many herbs on the island, and today the International Academy of Homeopathy has its headquarters on the island. 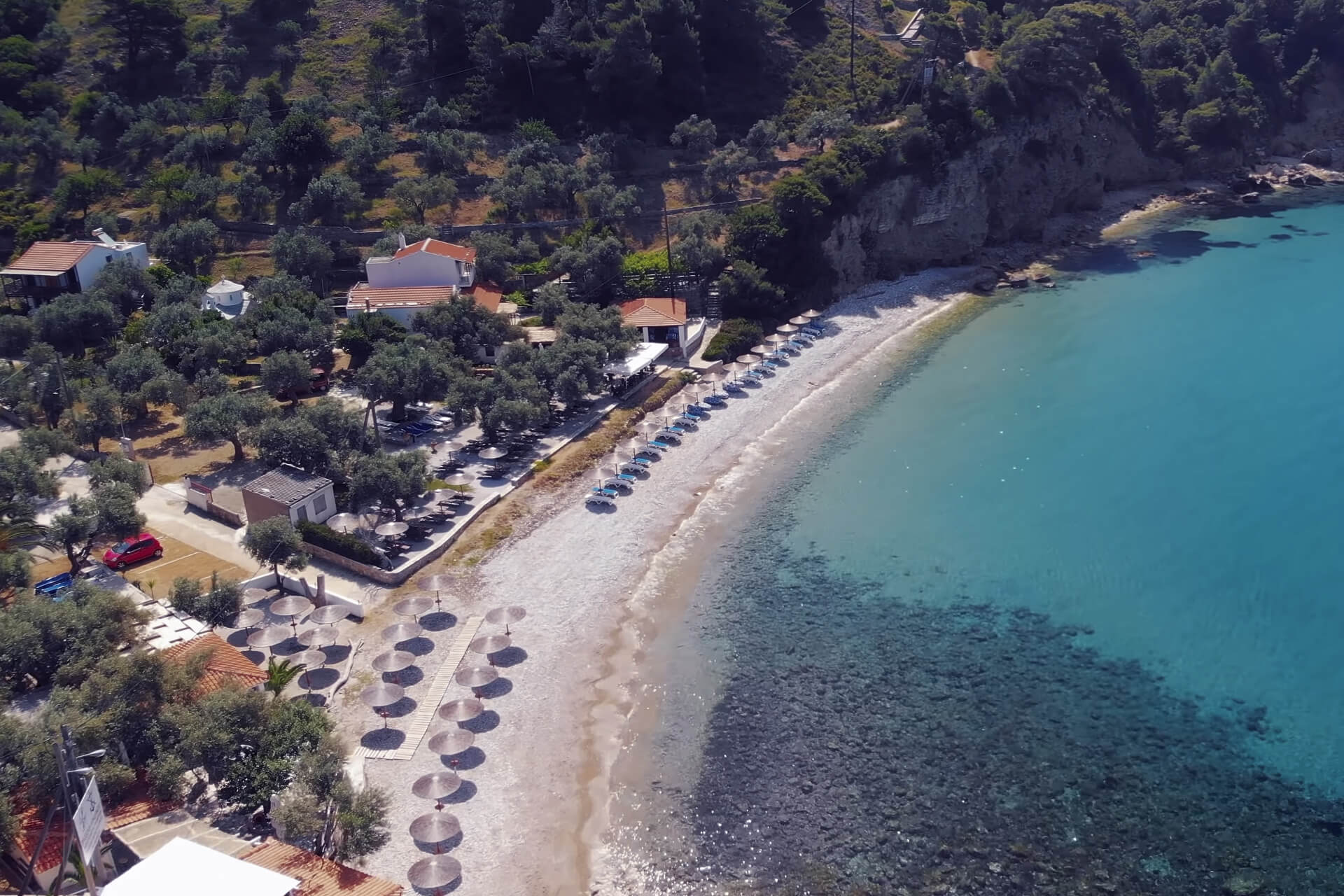 If you are staying on nearby Skiathos, visit Alonissos, if you want to feel the charm of the Greek islands before the influx of tourists. It will not enchant you with its cinematic beauty, but it will make you feel at home. At this hospitable Alonissos, you will not feel like a tourist, but like a guest. Spend an active vacation here, because Alonissos is ideal for hiking. 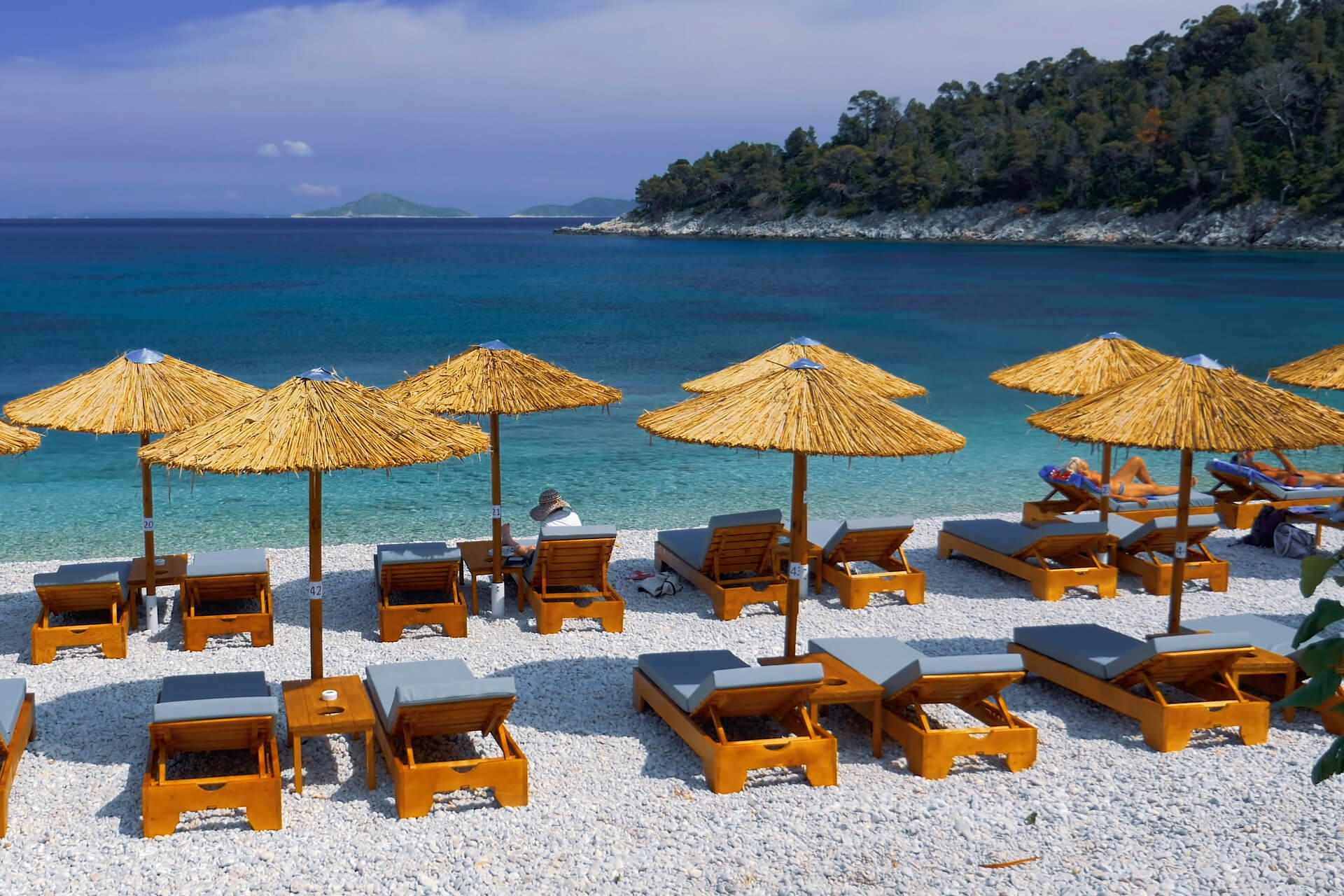 Alonissos is a significantly damaged island in the earthquake that occurred in 1965, but everything has been rebuilt. The beaches are mostly pebble. Treat yourself to a walk through the picturesque harbor and the capital Patitiri. The island is home to one of the largest seals in the world, which belongs to the protected species, because it is very rare. They call them “Mediterranean bears”.

Skyros is a lesser known island of Sporades. It is the largest and southernmost island. According to mythology, Theseus died here, the Athenian hero who killed the Minotaur, a monster with a bull’s head and a human body. It is the least visited because it is isolated, and it is a combination of lush forests and bare rocks. It is also protected by the Greeks, so that foreigners cannot own houses here. 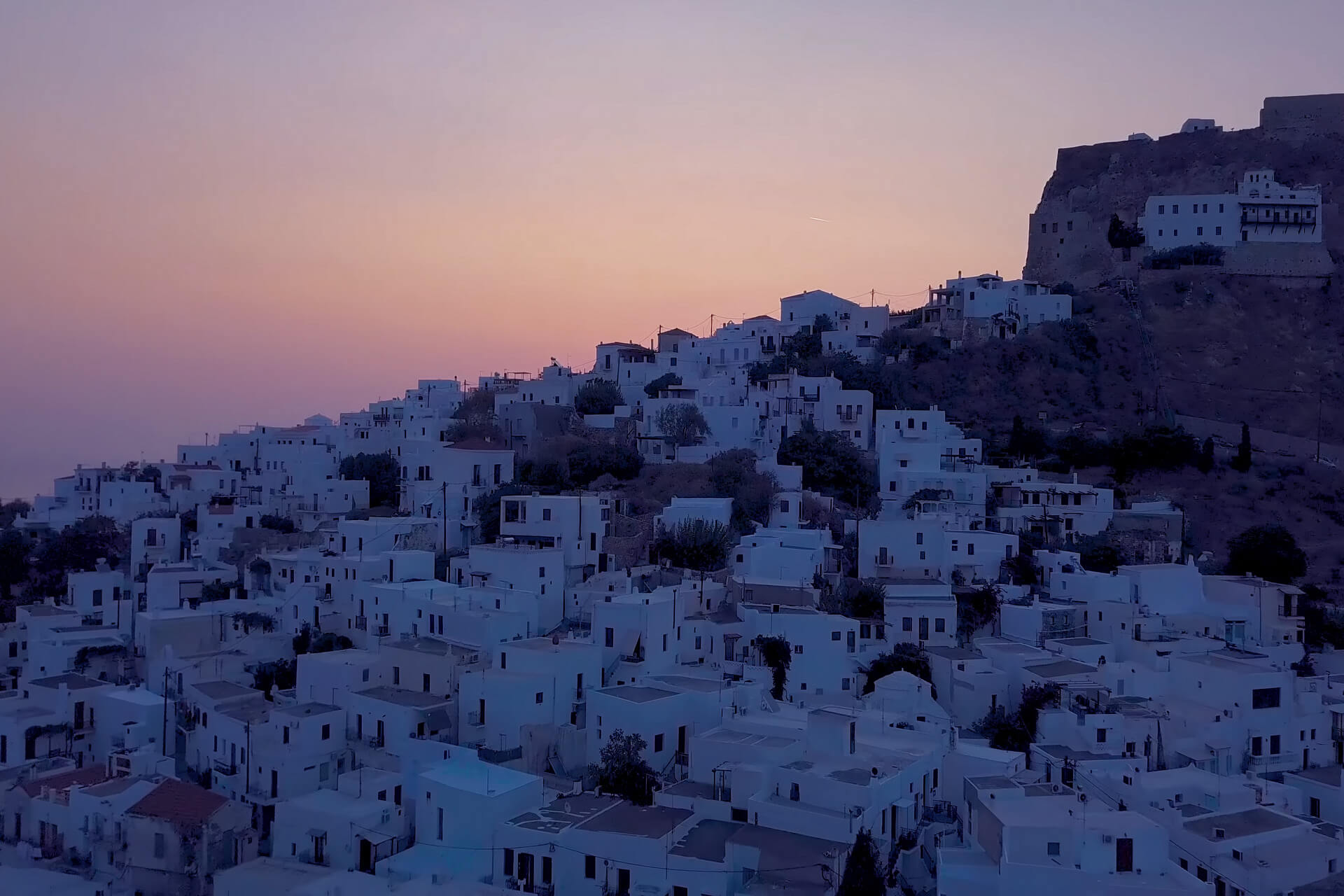 It has only 1000 beds in its offer, so tourists who come to Skiros will be welcomed with open arms. Romantic poetic white houses attract the attention of tourists the most. Certainly, one of the most famous tourist attractions is the tomb of the British poet Rupert Brook. His Irish colleague W. B. Yates said Brooke was the most handsome young man in England. Brooke died on a ship that was passing by Skyros at that time, and that is why he was buried here in 1915. A monument called “Statue to Immortal Poetry” was erected here on the island.