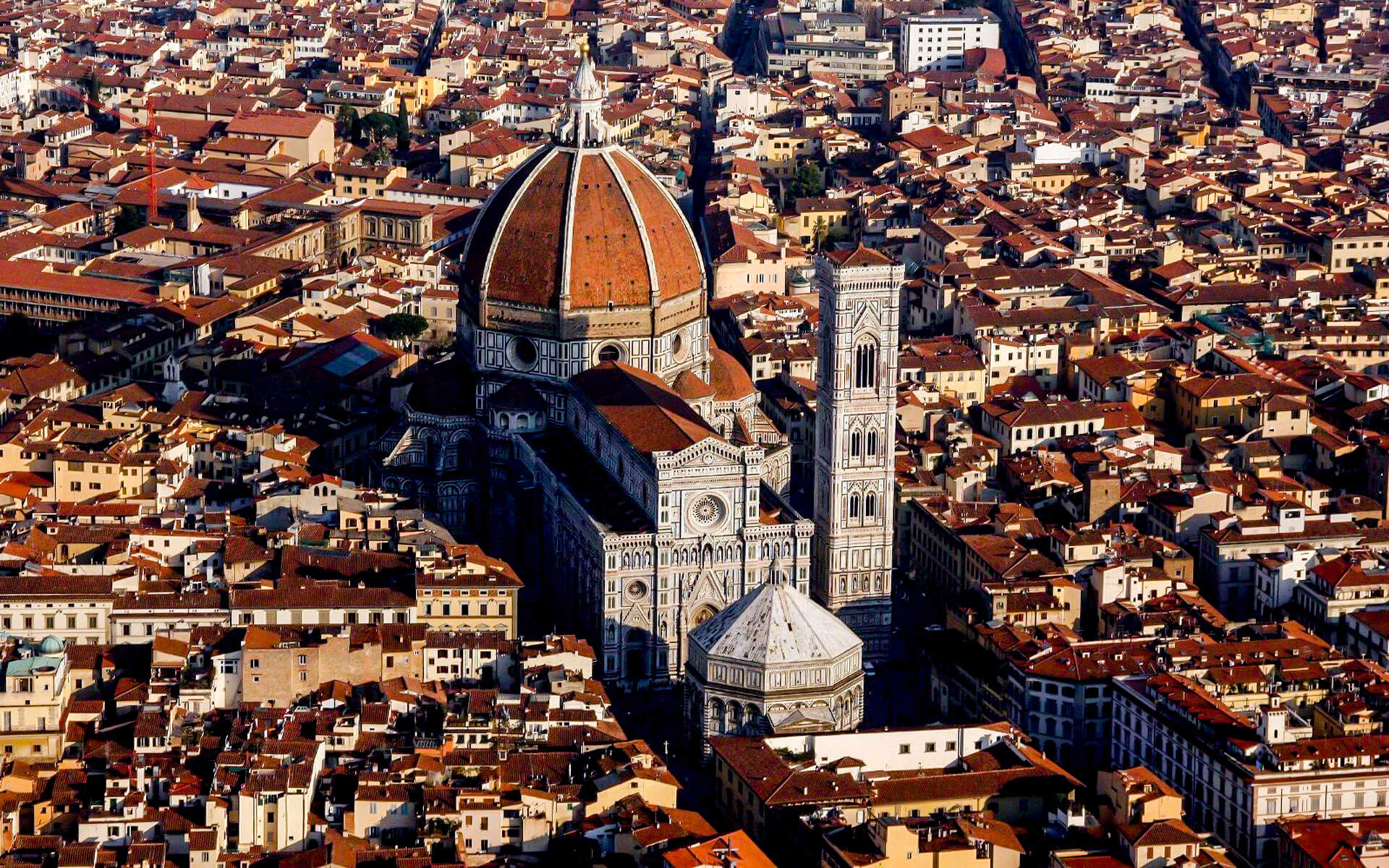 Florence is the capital city of Tuscany, as well as the Metropolitan City of Florence. With roughly 382,000 residents, it is the most populous city in Tuscany, with a metropolitan population of almost 1,520,000.

Florence was a center of medieval European commerce and banking, as well as one of the richest towns of the period. It is regarded as the cradle of the Renaissance and has been dubbed “the Athens of the Middle Ages.” A volatile political history includes reigns by the powerful Medici family as well as various religious and republican revolutions. From 1865 until 1871, the city served as the capital of the newly formed Kingdom of Italy.

Florence’s Historic Center receives 13 million people each year, and Euromonitor International placed the city as the 89th most visited in the world in 2012, with 1.8 million visitors. UNESCO designated it a World Heritage Site in 1982. The city is well-known for its culture, Renaissance art, architecture, and monuments. The city also has various museums and art galleries, such as the Uffizi Gallery and the Palazzo Pitti, and it continues to have an impact on art, culture, and politics. Florence has been named one of the most beautiful cities in the world by Forbes, owing to its cultural and architectural legacy.

Florence is an important city in Italian fashion, ranking among the world’s top 51 fashion capitals; it is also a key national economic center, as well as a tourist and industrial hub. The city has the 17th highest average income in Italy in 2008.

Florence is said to contain the world’s highest concentration of art (in relation to its size). As a result, cultural tourism is especially strong, with world-renowned museums like the Uffizi selling over 1.6 million tickets every year. The city’s convention center was renovated in the 1990s and now hosts exhibits, conferences, meetings, social forums, concerts, and other events throughout the year.

Florence has roughly 35,000 hotel beds and 23,000 additional lodging options (campsites, guesthouses, youth hostels, and farmhouses), with the potential for annual visitor/nights to approach 10 million. Thousands of day-trippers arrive by cruise ship (to Livorno) as well as by road and rail. With around 1.729 million visitors in 2007, the city was recognized as the world’s 59th most visited city in 2007. It is believed that slightly under one-third of visitors are Italians, with the balance consisting of Americans (20%), Germans (13%), Japanese (8%), Britons (7.8%), French (5.7%), and Spaniards (5 percent ).

Florence has a humid subtropical climate (Cfa), with a Mediterranean influence (Csa). Summers are hot, with moderate to low rainfall, while winters are chilly and moist. Summer temperatures in Florence are greater than near the coast because there is no prevailing breeze. Convectional rainfall predominate in the summer, whereas relief rainfall dominates in the winter. Snowfalls occur practically every year, however they often leave no mark on the earth. The highest officially recorded temperature was 42.6 degrees Celsius (108.7 degrees Fahrenheit) on July 26, 1983, while the lowest was 23.2 degrees Celsius (9.8 degrees Fahrenheit) on January 12, 1985.

Florence is surrounded by the hills of Careggi, Fiesole, Settignano, Arcetri, Poggio Imperiale, and Bellosguardo (Florence). It is traversed by the Arno and three other smaller rivers.

Tourism is by far the most significant industry, and the majority of the Florentine economy is based on money produced by foreign visitors and students studying in the city. Manufacturing and commerce, on the other hand, remain vital. Florence is also Italy’s 17th wealthiest city in terms of average worker wages, with €23,265 (the city’s entire income is €6,531,204,473), behind only Mantua but exceeding Bolzano.

Because there are so many visitors in Florence, the city center is teeming with webcafés and phone call centers. On most nights, there are large lineups for the phone booths.

You may also get a pre-paid card that will provide you with a significant discount on international calls by calling a particular number.

Wireless LAN connection is becoming more common. Even though the service is free, you must supply your name and contact information to the service provider in order to acquire an access code. This is due to anti-terrorist legislation in Italy. It is not feasible to get access anonymously.

Beirut is Lebanon’s capital city, with a metropolitan population of around 2.1 million people. The settlement is situated on a tiny rocky outcrop protruding...
Read more

Nice is the fifth most populated city in France and the administrative center of the département of Alpes Maritimes. Nice’s urban area extends beyond...
Read more

Mauritius is an island republic in the Indian Ocean around 2,000 kilometers (1,200 miles) from the African continent’s southeast coast. The country consists of...
Read more

Lebanon is a sovereign state in Western Asia, formally known as the Lebanese Republic. It is bounded on the north and east by Syria...
Read more

Hemsedal is a valley and small town in Norway with a population of about 2000 people. Hemsedal, the northern branch of the famous Hallingdal...
Read more

Saas-Fee is the largest town in the Swiss canton of Valais’s Saas valley. The valley is a winter sports attraction, with the slopes near...
Read more
History destinations