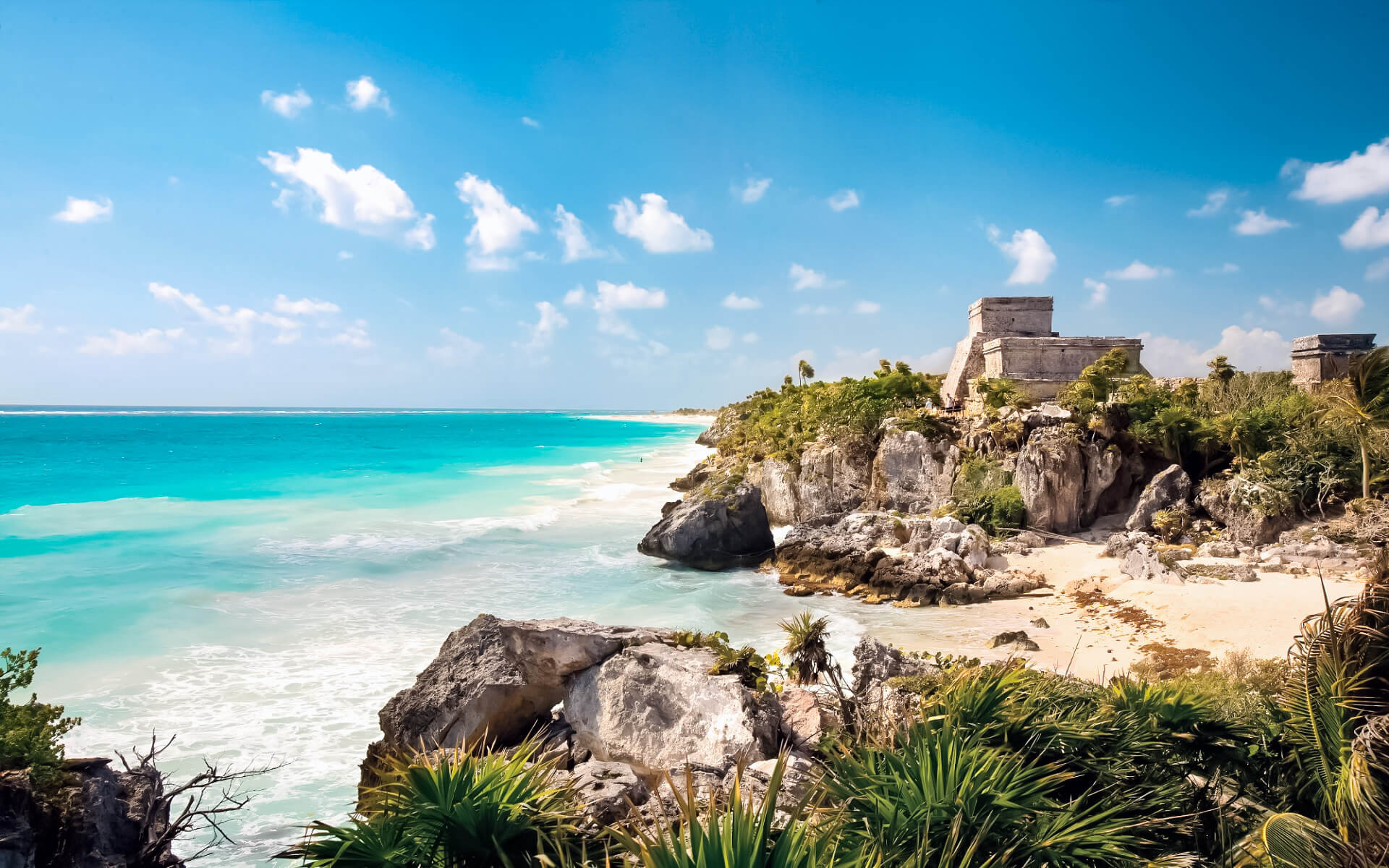 Tulum is located on Mexico’s Yucatán Peninsula. It is one of Mexico’s oldest resorts, originally serving as a place of devotion and isolation for Mayan rulers, clergy, and gods. The tropical beach setting is the primary draw to this lovely, often visited little ruin on the Caribbean Sea beachfront. Soon after your arrival, you will realize why the early Mayans chose this lovely spot for relaxation.

Prepare for a large number of visitors and tour groups at the archaeological site. To avoid crowds, it is advisable to stay overnight and explore the ruins early in the morning or later in the afternoon, before the buses come. The morning is suggested since you may capture amazing views of the Caribbean as the sun rises.

Tulum is really comprised of three distinct regions. They are just a few minutes apart, but not near enough to walk to and from.

Tulum Pueblo is divided by highway 307, which runs south-to-north. “El Pueblo,” as locals refer to it, is the hub of the tourism business, including the majority of shops, supermarkets, two bus terminals, cheap inns, hostels, and small hotels. Although the accommodations are inexpensive, you are around three kilometers from the beach (which is why you came here, isn’t it?) This portion of town gives the distinct impression of existing primarily to serve the Tulum ruins. Tulum pueblo is a destination for shopping, fantastic restaurants, a low-key nightlife, learning the language at Instituto Chac-Mool Spanish School, booking excursions, banking, and shopping for food, local veggies, fruits, cafés, and authentic taste. It is not to be missed.

Tulum Playa is nestled along the shoreline, which borders the Sian Ka’an Biosphere [Ecological Reserve], the Caribbean’s white sand beaches to the east, and a spectacular mangrove and wetland reserve to the south. Tulum Playa is home to a slew of upscale, eco-friendly, boutique, and spa hotels, as well as a respectable to exceptional array of restaurants and nightlife establishments. Additionally, there are some modest beachfront cabana-style housing options. Stroll down the beach and enquire about rooms and costs. You’ll be pleasantly surprised and thrilled.

The majority of these restaurants are eco-friendly and do not operate after midnight. Toilet paper cannot be flushed, therefore water and other resources should be conserved. Tulum’s hotels are committed to preserving the town’s natural beauty and putting an end to the ecological concerns that have already taken root in Cancun and Playa del Carmen.

If you’re vacationing on the beach and looking to save money, stock up on food and beverages in the pueblo. There are few restaurant choices on the beach, and those that are open are rather pricey.

Taxis almost completely monopolize transportation to and from the playa. Buses run on occasion, however hitchhiking is also an option.

Tulum Ruinas is the archaeological site that contains the Tulum Maya ruins. It is defined by a mile-long driveway that leads from highway 307 into the ruins. The road is surrounded by many restaurants, a shopping area targeted at day travelers, a large parking lot, a tiny part-time bus station, and a few of mid-range motels.

Tulum is a relatively modest archaeological site in comparison to many other Maya sites in the area, and is one of the best-preserved coastal Maya ruins. Due to its closeness to contemporary tourism projects along Mexico’s Caribbean coast and its close proximity to Cancún and the surrounding “Riviera Maya,” it has become a famous Maya tourist destination in Yucatán. Daily tour buses ensure that the place is never without visitors. Tulum’s ruins, behind Teotihuacan and Chichen Itza, are Mexico’s third most visited archaeological site, with over 2.2 million tourists in 2017.

The tourist attraction has been reorganized into four distinct zones: the ancient site, the pueblo (or town), the zona hotelera (or hotel zone), and the Sian Ka’an ecological reserve.

In 1995, tourism was temporarily halted when Hurricane Roxanne slammed Tulum with 115 mph winds. The damage was not severe.