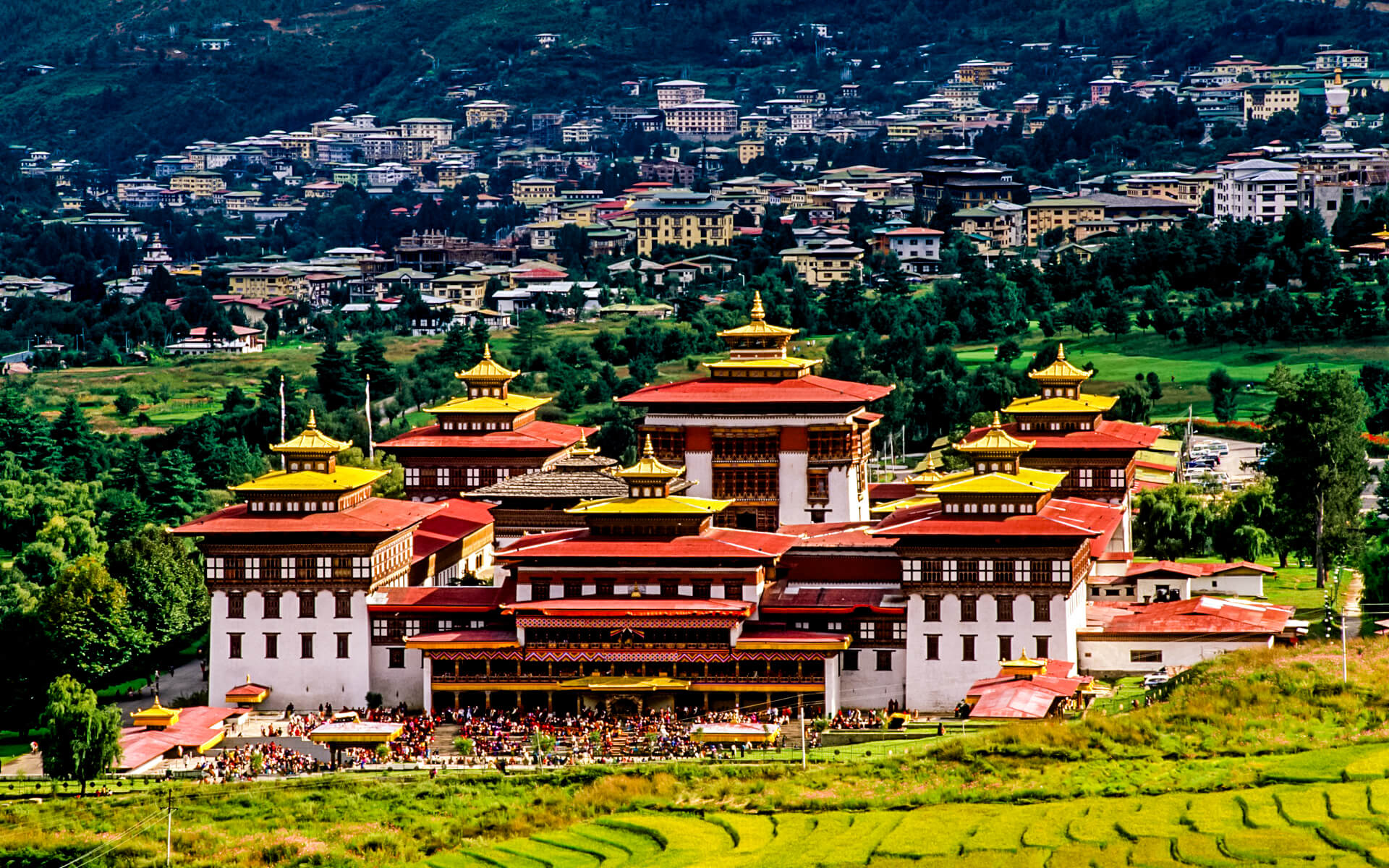 It is located in Bhutan’s western central region, and the surrounding valley is one of the country’s dzongkhags, the Thimphu District. In 1961, the city was designated as Bhutan’s capital. It has a population of 91,000 people in 2011.

Thimphu, Bhutan’s political and economic hub, has a strong agricultural and cattle basis. Tourism, although important to the economy, is closely controlled in order to preserve a balance between tradition, progress, and modernisation. Thimphu is home to the majority of Bhutan’s main political structures, including the National Assembly of the newly founded parliamentary democracy and Dechencholing Palace, the King’s formal palace, which is situated to the north of the city.

When Bhutan was first opened to tourism in 1974, the Government-owned Tourism Corporation was established in Thimphu to encourage and organize individual and group tours to culturally significant destinations in Bhutan, with a focus on Buddhism, weaving, birds, nature, and trekking, as well as any special package. In 1994, this company was privatized and renamed Bhutan Tourism Development Corporation. The organization also owns and administers hotels and tourist lodges in all of Bhutan’s key tourist areas. To serve to travelers of many faiths, it has its own fleet of automobiles as well as interpreters in numerous foreign languages.
Thimphu does not have a busy nightlife, although the number of nightclubs and pool rooms catering to young people is rapidly increasing.

Norzim Lam, the main street, is lined with stores, modest hotels, and restaurants. Buildings of note in this area include the Bhutan Textile Museum, the National Library, the Peling Hotel, the Wangchuck Hotel, the Chang Lam Plaza, the Art Cafe, the Khamsa Cafe, the Swiss Bakery, Yeedzin Guest House, the Mid-Point South Indian restaurant, the Benez restaurant, the Bhutan Kitchen, and the sports field.

Near the main plaza is a dragon-decorated clock that has been converted into an open-air theatre, as well as art and craft boutiques and the Tashi supermarket. A Chinese restaurant and hiking businesses are located in the building just in front of the historic cinema. Some grocery shops, such as Sharchopa, are well-known for their cheeses, such as Bumthang and Gogona.

The city has a mild, temperate Subtropical highland climate influenced by the southwest monsoon.

The southwest monsoon rainy season lasts from mid-June through September. Rainfall in the area is often preceded by lightning and thunder, with cumulonimbus clouds and light showers dominating the weather. Continuous rain falls for many days, causing landslides and road congestion.

Winter weather in this zone is characterized by cold winds, low temperatures at night, and mild temperatures during the day, cloudiness, light showers, and snowfall. Fog reduces visibility, endangering motor transportation in the city. The terrain is defined by fierce gusts and reasonably dry and clear sky as spring approaches.

Thimphu is Bhutan’s political and economic center, as well as the seat of the country’s central government. Agriculture and livestock account for 45 percent of GDP. The usage of hydropower facilities to produce energy has also significantly aided the economy. Tourism contributes to the economy as well, although it is implemented on a progressive basis in order to preserve a balance between development and modernisation. India is its main commercial partner, with the majority of power generated (90 percent) exported to India and imports from India restricted to 70 percent.

On weekends, a morning market is conducted in the center plaza. These are the only days when Thimphu residents may purchase fresh fruits and vegetables. Throughout the week, the residents depend on stores for additional necessities. Yak butter, cheese, wooden bowls, and textiles are also available at the market. A variety of inexpensive Nepalese souvenirs are also available in the market. Several businesses offer Chinese and Bangladeshi kitchenware, appliances, shoes, silks, and carpets behind the open market. For many years, merchants from all across Bhutan would come to the center plaza to sell their wares and sleep in the open air. However, platforms were completed in 1986, and covered market halls were built over the platforms in 1989. On the north side of the market, a dedicated structure for meat items was built. The handicrafts part was relocated in 2006 to new booths on the opposite side of the new bridge, which was erected in the traditional manner in 2005.