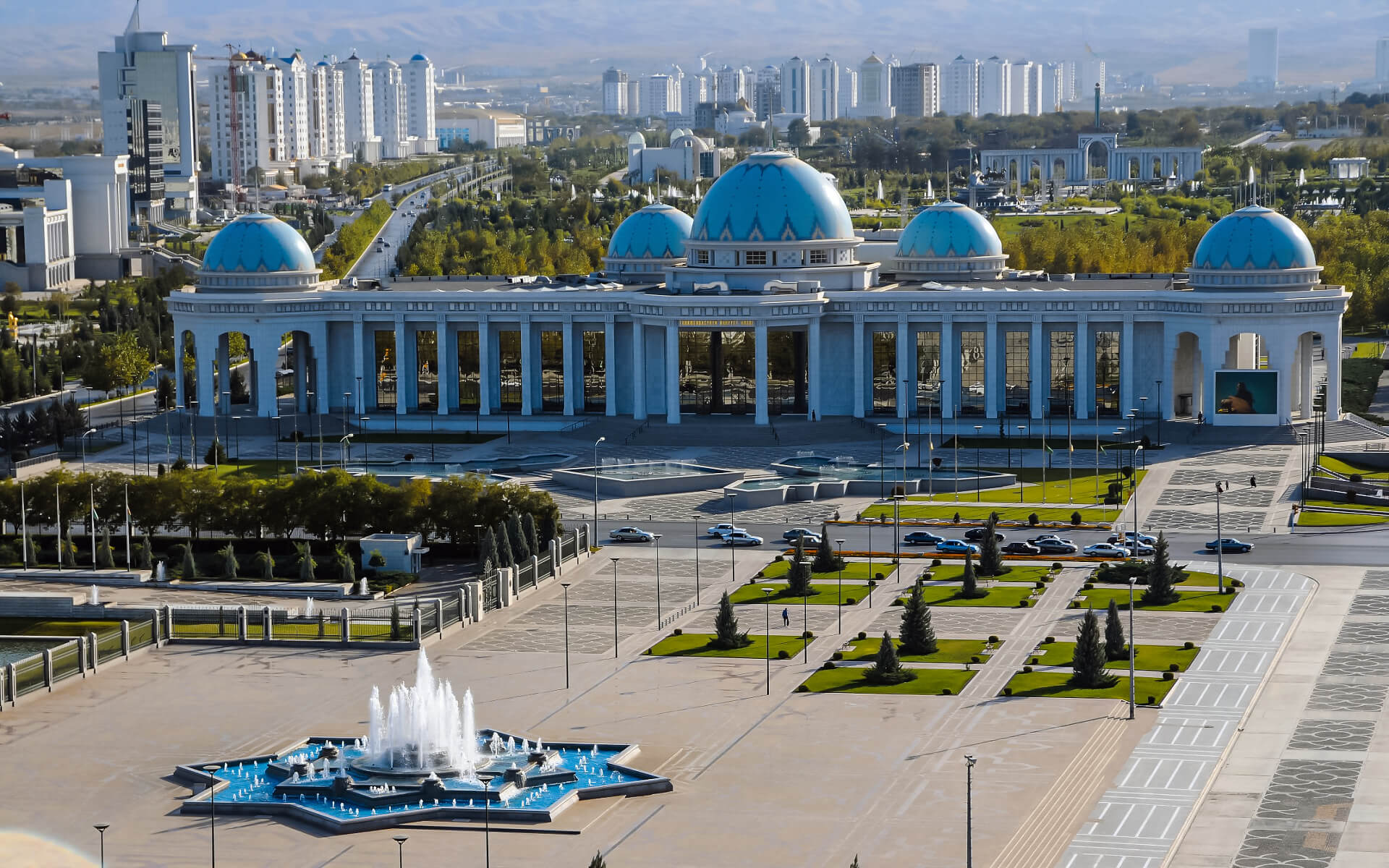 Ashgabat is Turkmenistan’s capital and biggest city in Central Asia, located between the Karakum Desert and the Kopet Dag mountain range.

The historical name for Ashgabat is The City of Love, but its current moniker, The City of White Marble, seems much more apt. Turkmenbashi, Turkmenistan’s previous ruler, converted the city from a pretty dreary Soviet capital to a metropolis of pristine white marble structures, many of which had some very overwhelming symbolism.

Short of Pyongyang, Ashgabat is arguably the finest illustration of what occurs when a city is reconstructed according to the ideas of just one man, and most visitors will be awed at first, then seriously perplexed by the overwhelming resemblance of most of the structures.

Museums include the Turkmen Fine Arts Museum and the Turkmen Carpet Museum, both of which are known for their spectacular collections of woven carpets, as well as a Turkmen history museum and the Ashgabat National Museum of History, which has items from the Parthian and Persian civilizations.

Ashgabat has various parks and open spaces that were mostly constructed during the early years of independence and have been carefully maintained and developed since then. The Botanical Garden, Güneş, Turkmen-Turkish friendship, and Independence are the most notable of these parks. Ashgabat, the city’s first park, was established in 1887.

Locals and travelers alike visit Altyn Asyr Bazaar in Choganly, where they may purchase a variety of products, including traditional textiles and hand-woven carpets. The contemporary Turkish mall impaş, as well as the retail malls Patagt and Aşgabat, are generally situated along key streets. Traditional bazaars are popular among locals, including as the Russian bazaar, the Teke bazaar, the Daşoguz bazaar, the Mir bazaar, and the Jennet bazaar.

The climate of Ashgabat is desert, with hot, dry summers and cold, brief winters.

Snow is uncommon in the region. The annual precipitation is barely 201 millimetres (7.91 in); the wettest months are March and April.

Cotton textiles and metal works are the two most important industries. It is a significant halt on the Trans-Caspian railway. State institutions, such as ministries, undersecretariats, and other administrative entities of the Turkmen government, employ a considerable proportion of the population of Ashgabat. There are also numerous foreign people working as diplomats or clerks in their own nations’ embassies.

Ashgabat and its environs are home to more than 43 big and 128 medium-sized industrial firms, as well as over 1,700 minor industrial facilities.

The most notable include “Ashneftemash,” “Turkmenkabel,” “Turkmenbashi Textile Complex,” and so on.