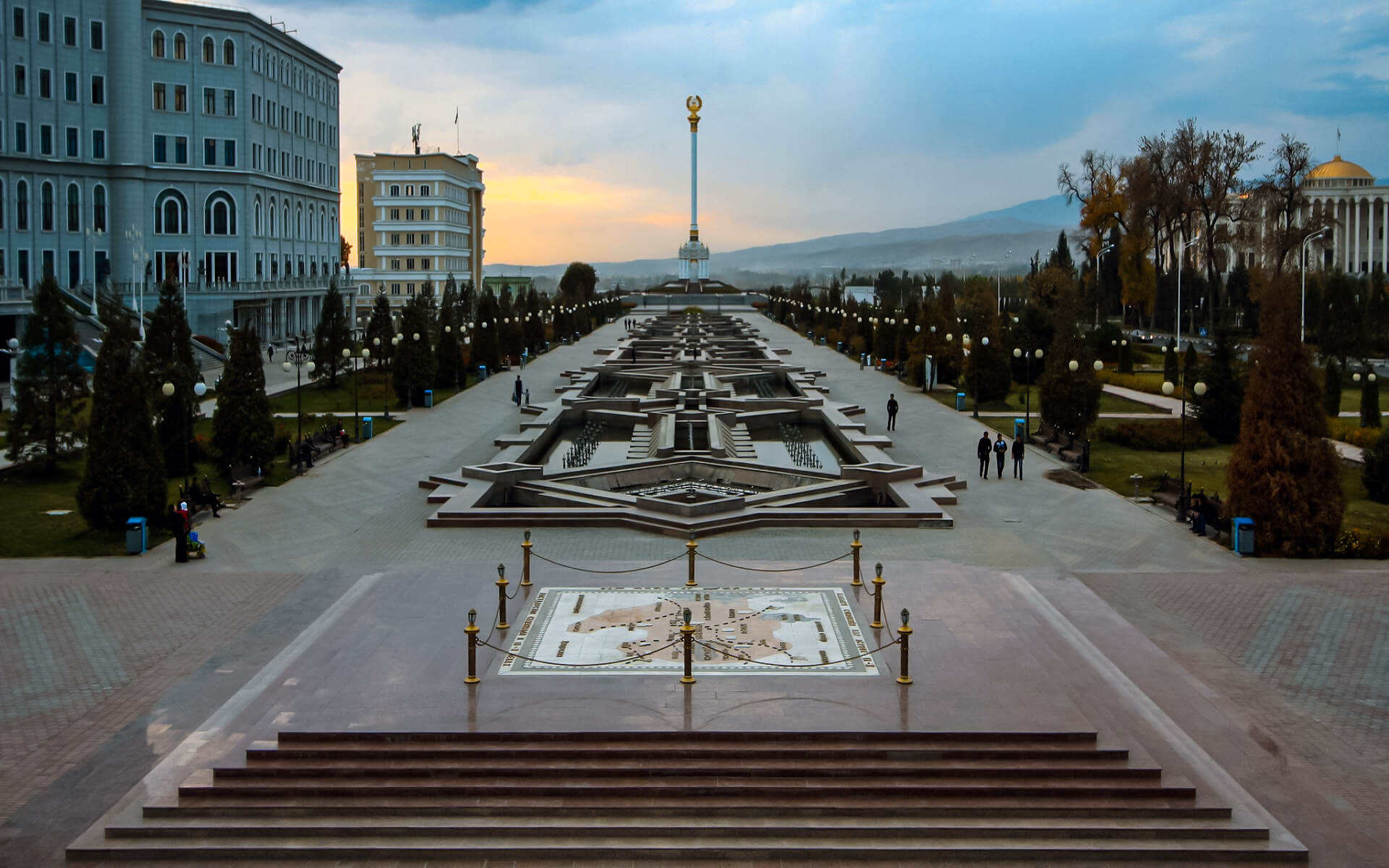 It got its name from a community that used to have a prominent market on Mondays. Until 1929, the city was known as Dyushambe (Russian: амe), and from 1929 until 1961, it was known as Stalinabad.

The climate of Dushanbe is Mediterranean with significant continental influences.

Summers are hot and dry, while winters are cool but not bitterly cold.

The climate is wetter than that of most Central Asian cities, with an average annual rainfall of more than 500 millimetres (20 in) due to moist air being funneled by the surrounding valley throughout the winter and spring.

Winters are not as cold as they are farther north since the city is protected by mountains from severely cold air from Siberia.