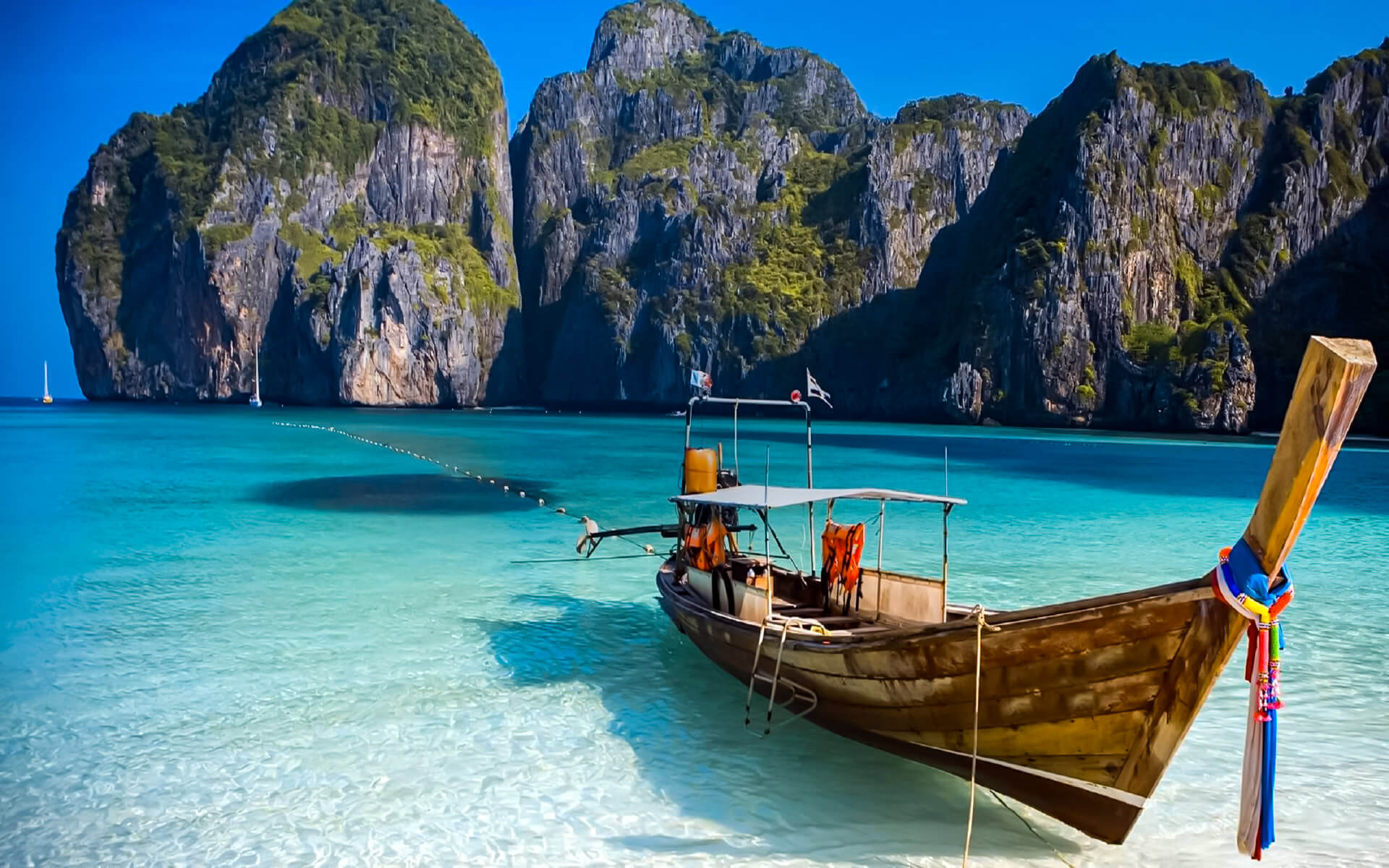 Ko Phi Phi is regarded as one of the world’s most naturally beautiful islands (in fact, there are six islands in Phi Phi). They are located 50 kilometers southeast of Phuket and are part of the Had Nopparattara-Ko Phi Phi National Park, which is home to a plethora of corals and incredible marine life. There are limestone mountains with cliffs, caverns, and vast stretches of white sand beaches. The national park has an area of 242,437 rai (about 39,000 hectares; 97,000 acres).

The biggest and most well-known islands are Phi Phi Don and Phi Phi Le. The Andaman Sea surrounds the islands.

The islands’ natural beauty has been safeguarded by national park status, which includes beaches and beautiful water. Since the shooting of the movie The Beach, tourism on Ko Phi Phi, like the rest of Krabi Province, has surged. Only daring tourists visited the island in the early 1990s. Today, Ko Phi Phi is a well-known resort for scuba diving and snorkeling, kayaking, and other marine leisure activities in Thailand.

The number of people that visit the island each year is so great that the coral reefs and marine species on Ko Phi Phi have suffered significant damage as a consequence.

On the tiny island of Ko Phi Phi Lee, there are no hotels or other forms of lodging. On this island, the only way to stay the night is to join a guided excursion to Maya Bay and sleep in a tent.

The majority of the development on Phi Phi Don takes place in or around Ton Sai Village, which is located on the flat, sandy isthmus that connects the two steep spurs that make up the remainder of the island. Other, calmer resorts may be found on Long Beach, Laem (Cape) Thong, and in other less accessible sections of the island.

The Indian Ocean tsunami of December 2004, which virtually destroyed the island’s entire infrastructure, ravaged Ko Phi Phi. However, redevelopment has been fast, and services have resumed, with construction controls in place to limit the height of new structures in order to protect the island’s spectacular vistas.

It should be emphasized that, despite their relaxed demeanor, many of the local islands are Muslim. If you stroll about town in your skimpys, you will lose a lot of respect (this also applies to Buddhist parts of Thailand!). While many careless visitors parade down Main Street in Speedos or thong bikinis, it’s better to avoid insulting your hosts by wearing shorts or a sarong. Similarly, although most people accept it, going topless on the beach is best avoided.

The Phi Phi group consists of six islands. They are located 40 kilometers south of Phuket and are part of the Hat Nopparat Thara-Ko Phi Phi National Park, which is home to a plethora of corals and marine life. There are limestone mountains with cliffs, caverns, and vast stretches of white sand beaches. The national park has an area of 242,437 rai (38,790 ha).