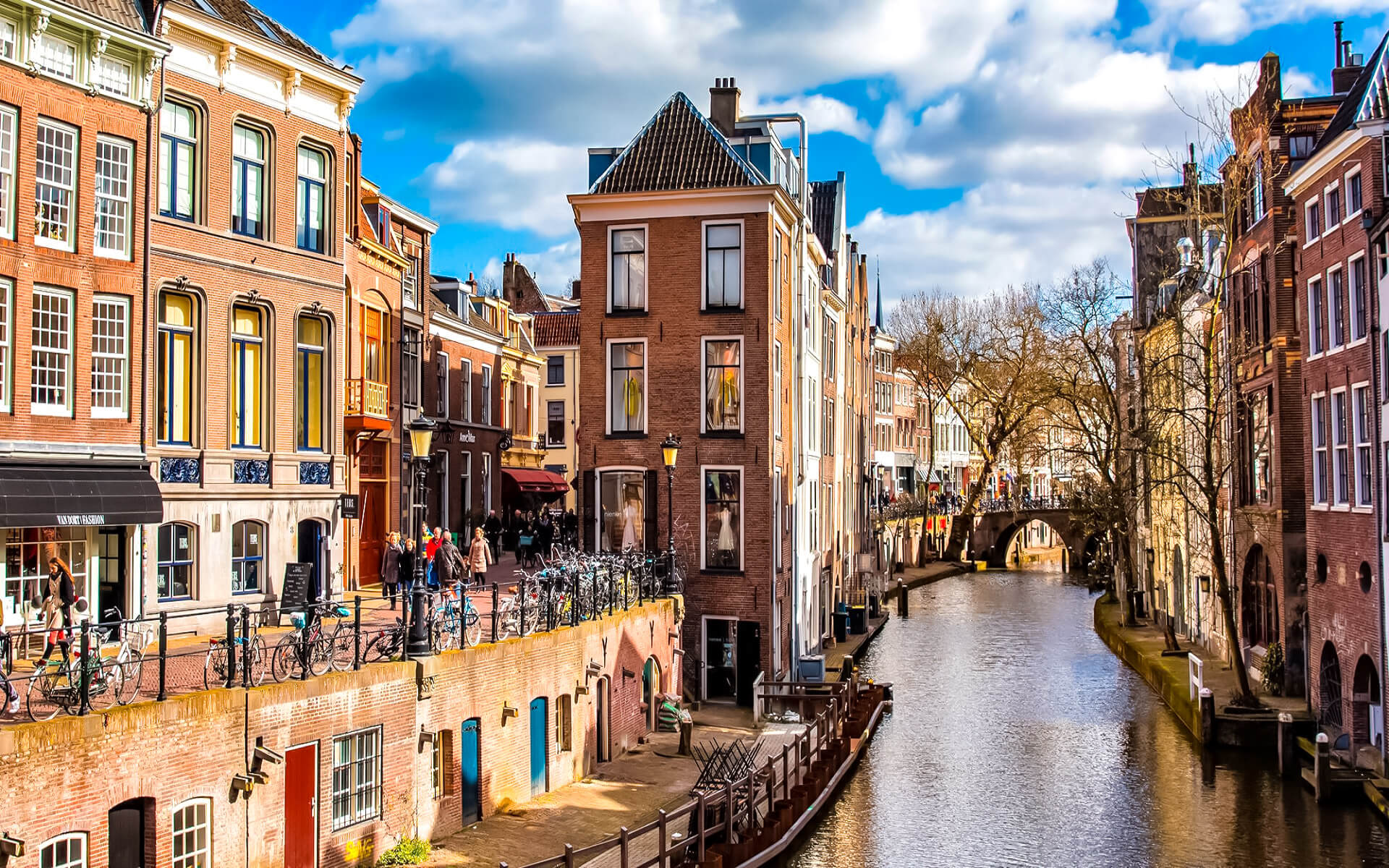 Utrecht is the Dutch province of Utrecht’s capital and most populated city. It is the fourth biggest city in the Netherlands, with a population of 330,772 in 2014. It is situated in the eastern corner of the Randstad conurbation.

Many buildings and constructions in Utrecht’s old city center date back to the High Middle Ages. Since the eighth century, it has served as the religious center of the Netherlands. It lost its prince-bishopric title but remains the country’s principal ecclesiastical center. Until the Dutch Golden Age, when Amsterdam superseded Utrecht as the country’s cultural center and most populated metropolis, Utrecht was the most significant city in the Netherlands.

Utrecht is home to Utrecht University, the biggest university in the Netherlands, as well as a number of other higher education institutions. It is a significant transit hub for both rail and road travel due to its central location within the nation. After Amsterdam, it boasts the biggest number of cultural events in the Netherlands.

Utrecht is well-known for being a student city with a big number of single young people. As a consequence, there is a thriving nightlife with several options for a short lunch, a few drinks, or a dance.

Utrecht has a strong cultural life, second only to Amsterdam in the Netherlands. There are various theaters and theater groups in the area. Dudok erected the major city theatre in 1941. Aside from theatres, there are several cinemas, including three arthouse theaters.

Utrecht contains a number of museums, both small and big. Many of these are in the Museumkwartier, which is situated in the southern portion of the old town.

Utrecht has a moderate oceanic climate (Köppen climatic classification Cfb), like does the rest of the Netherlands.

Utrecht’s economy relies heavily on the production of goods and services. The city of Utrecht’s economy is heavily reliant on the presence of numerous significant organizations. Nederlandse Spoorwegen has its headquarters here, making it the nerve center of the Dutch rail network. De Inktpot (nl) (The Inktpot) is the Netherlands’ biggest brick building, and the “UFO” on its façade is the result of an art initiative in 2000. The headquarters of Rabobank, a major Dutch bank, are located in Utrecht.

Between the Utrecht Centraal train station and the city center sits the enormous indoor retail mall Hoog Catharijne (nl). For safety and convenience, the corridors are handled as public spaces, and there is an all-night path from the station to the city center. Parts of Hoog Catharijne will be renovated in the wider station area in 20 years from 2004. When the city’s canal network was filled in to build the retail center and central station area, some of these waterways will be restored. This conference center, Jaarbeurs, is situated west of the central train station in Amsterdam.

Starbucks at the Central Station offers half an hour of free Wi-Fi, and it may be accessible outside as well.

The public library, located at Oudegracht 167, has internet access as well.