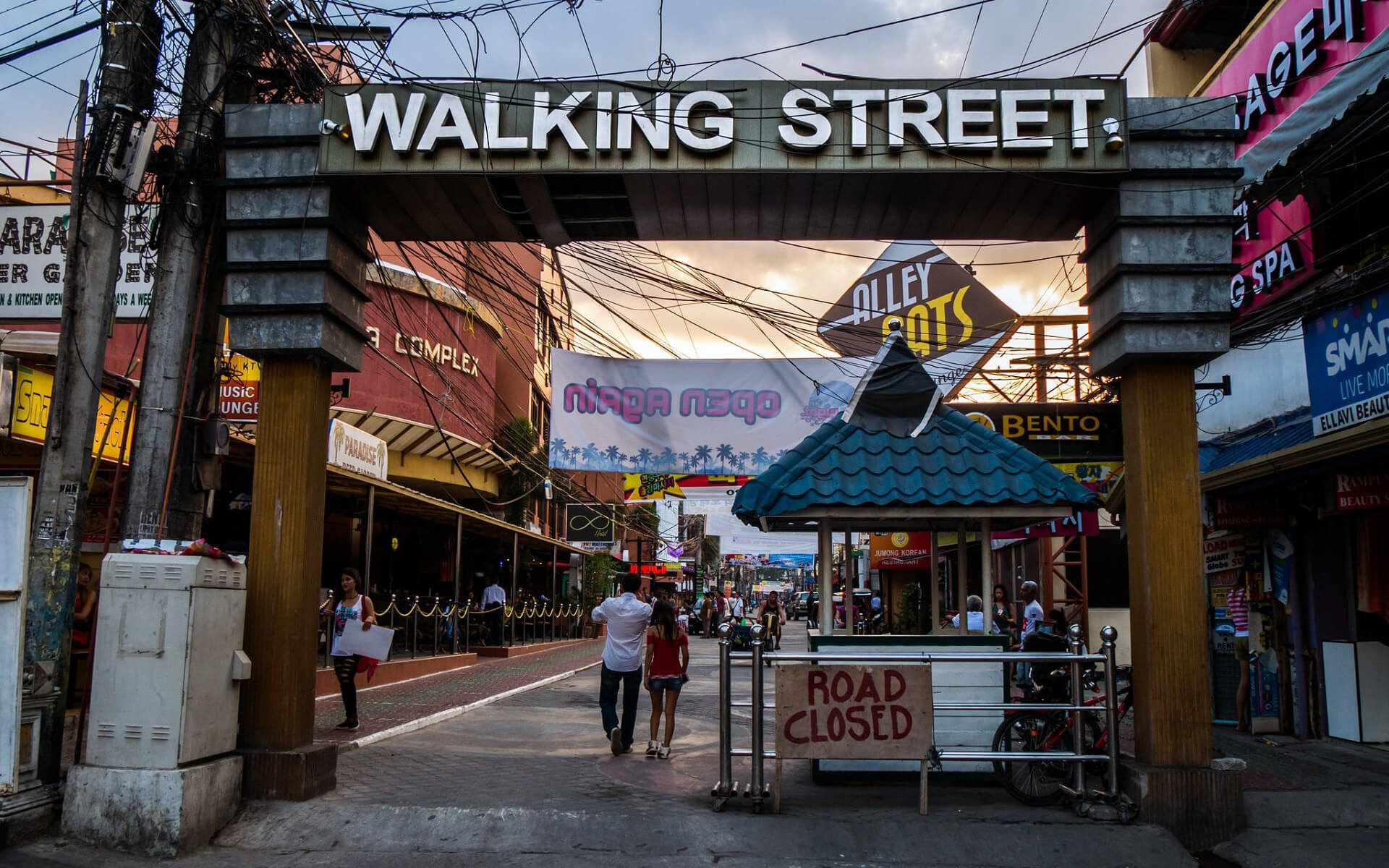 Angeles is a densely populated city in the Philippines’ province of Pampanga. It is bounded to the north by Mabalacat, to the east by Mexico, to the southeast by San Fernando, to the south by Bacolor, and to the southwest and west by Porac. The city is administered independently from Pampanga and has a population of 411,634 according to the 2015 census.

Angeles is serviced by Clark International Airport, which is located in the Clark Freeport Zone. As the previous home of Clark Air Base (then the biggest US military base outside of the continental US), it was severely impacted by the debris from Mount Pinatubo’s eruption in 1991. At the time, Angeles’ economy was primarily reliant on its American basis.

In 1993, a comprehensive cleaning and removal of volcanic ash deposits started, and the old US base reopened as the Clark Special Economic Zone (CSEZ). The establishment of CSEZ has helped to compensate for the loss of cash and employment caused by the presence of the US base in the city. Today, Angeles and Clark serve as the Philippines’ business, industrial, aviation, and tourist hubs, as well as a leisure, fitness, entertainment, and gaming center for Central Luzon.

MoneySense Magazine named Angeles City 15th as one of the “Best Places to Live in the Philippines” in its March–April 2008 edition. In August 2007, the National Economic and Development Authority (NEDA) named the greater Angeles metropolitan area, known as Metro Angeles, which includes San Fernando, Mabalacat, Porac, and Magalang, as one of the 12 Metropolitan Areas in the Philippines and one of the six region-based metropolitan areas with relatively high GDP rates, with Metro Angeles garnering 8.5 percent.

Angeles City is located in the Philippine province of Pampanga, in the Central Luzon area. The city is rich in history and legacy, with ancient and historically important structures dotting its landscape, but it is most recognized these days for its large concentration of casinos and occasionally dubious nightlife. Aside from this, it is well-known for its extreme sports activities in Mt. Pinatubo’s lahar flows.

Angeles is a vibrant regional metropolis, thanks in part to its long history of western influence, which stems from the fact that its Clark Freeport Zone was historically the enormous American Clark Airbase (formerly known as Fort Stotsenberg) from 1898 until 1991. In 1899, it became the headquarters of the Philippine government under General Emilio Aguinaldo, as well as the venue of the country’s inaugural anniversary celebrations. After WWII, it had the biggest concentration of American expatriates as well as Filipino mestizos, some of whom opted to live here permanently. Today, Angeles is recognized for its thriving nightlife and is growing in popularity as a tourist destination, especially among South Koreans. Balibago, the city’s core, is particularly well-known for its good restaurants, hotels, and retail centers. The neon-lit Fields Avenue in Balibago is renowned for its bars, nightclubs, and what may be the world’s biggest concentration of go-go bars. The Clark Freeport Zone, which is next to it, is home to world-class resorts, casinos, duty-free stores, and magnificently manicured golf courses. The city, as well as the rest of the Pampanga area, is recognized as the Philippines’ gastronomic capital.

Angeles City has a tropical savanna climate that borders on a tropical monsoon climate, according to the Köppen climate classification system. Angeles City has two different seasons: a dry season that lasts from November to April and a rainy season that lasts from May to October. From 1953 to 1991, the average daily low temperature was 73.6 °F and the average daily high temperature was 88.1 °F, with June being the hottest and January and February being the coldest. The yearly rainfall average is 78.39 inches. During the summer and autumn, typhoons usually arrive from the east. Many damaging storms hit the city, including Typhoon Irma on November 28, 1974 (generally regarded as the strongest); Typhoon Rita on October 27, 1978; Typhoon Irma (the name was reused) on November 24, 1981; Typhoon Ruby on October 25, 1988; and Typhoon Yunya on June 15, 1991, which coincided with the Mount Pinatubo blast. In July 1972, Central Luzon saw practically constant rain for a month, culminating in 96 inches of rain on the plain surrounding Angeles.

Despite considerable hurdles experienced by the city, such as the evacuation of the US Clark Air Base and the eruption of Mount Pinatubo in 1991, Angeleos have surmounted all of them. The transfer of the US base into the Clark Freeport Zone, where the Clark International Airport is situated, was considered to have catalyzed the recovery of Angeles’ economy. Angeles City has a burgeoning technology sector. Its economy is also supported by tourism and gaming. Fields Avenue is the center of the nightlife sector in Los Angeles. Because of its closeness to an international airport in Clark Freeport, Angeles is popular with tourists all year.

The Angeles city administration redesigned the Fields Avenue tourism belt as a high-end destination with excellent restaurants, luxury hotels, and casinos in the 2000s. Road construction, such as the Subic-Clark-Tarlac Expressway, has increased commerce and transportation. The project links Pampanga, Zambales, Bataan, and Tarlac’s industrial, transportation, and economic areas. The project is critical to the development of Central Luzon.

Cottage businesses in the city make rattan furniture, coconuts, and charcoal briquettes. It also has a booming export industry in handicrafts, metal crafts, toys, housewares, and clothing. Other industrial locations outside the Clark Freeport Zone include the Angeles Livelihood Village and the Angeles City Industrial Estate.

Call centers such as e-Telecare, CyberCity, Sutherland, and IRMC are present, and other American IT sectors are also big employment. The creation of a number of retail malls, such as SM City Clark, Robinson’s Place Angeles, Jenra Grand Mall, Nepo Mall, Saver’s Mall, and the Marquee Mall, near to City Hall, further boosted the city’s economy.

There is also a proposal to build a new Formula One-quality circuit on a 2,000-hectare plot fronting the North Luzon Expressway between Angeles City and Subic Bay, from which the country could soon host prestigious international car-racing events and possibly bid to become one of the world-renowned Formula One series’ venues.

Internet cafés have grown commonplace along university routes, as well as in malls, hotels, and other places. You will have no issue getting low-cost, high-speed internet connection. The usual hourly cost is between PhP12 and PhP30. Aside from internet connection, you may also discover low-cost gaming stations.

Prepaid SIM cards from local GSM companies (such as Globe, Smart, and Sun) are commonly accessible and inexpensive (P50-100). International calls, on the other hand, are not very inexpensive (though they are still far less expensive than roaming rates) and typically cost approximately US$0.40 per minute ($0.30 for Sun, but at the penalty of network coverage quality). However, they often offer specials with reduced call/SMS prices to the selected countries – just ask the dealer about this.