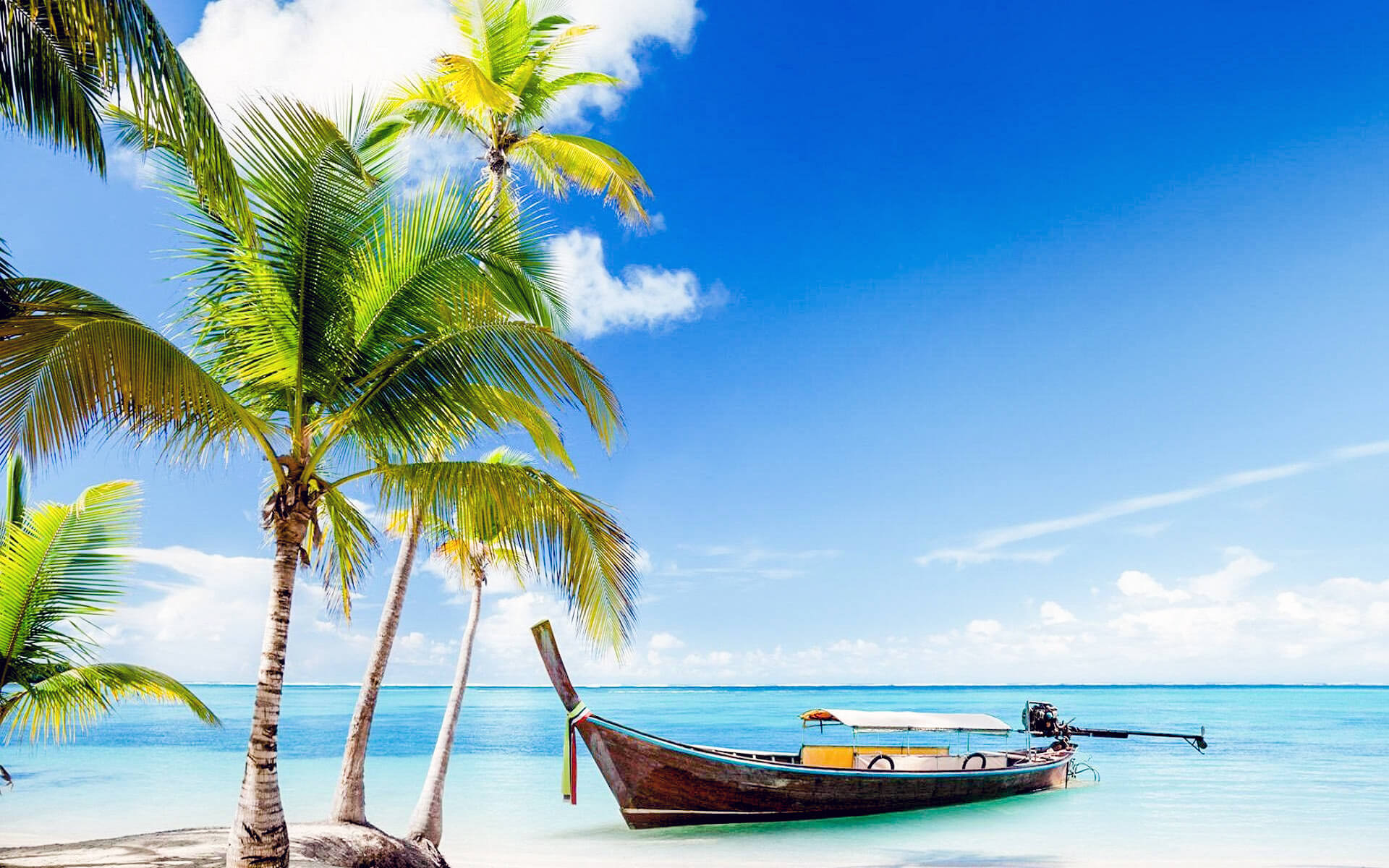 Phuket is one of Thailand’s southern provinces (changwat). It is made up of the country’s main island, Phuket, plus 32 smaller islands off its coast. It is located in the Andaman Sea, off the west coast of Thailand. The Sarasin Bridge connects Phuket Island to Phang Nga Province to the north. Krabi, to the east across Phang Nga Bay, is the next closest province.

Phuket Province is Thailand’s second-smallest province, with an area of 576 square kilometers (222 square miles), little less than that of Singapore. Its riches was once drawn from tin and rubber, and it has a rich and colorful past. The island was on one of the most important trade routes between India and China, and it was regularly referenced in the logs of Portuguese, French, Dutch, and English merchants. Tourism now accounts for a large portion of the region’s revenue.

Phuket is located on Thailand’s Indian Ocean coast, 862 kilometers south of Bangkok, amid the warm seas of the Andaman Sea.

Phuket’s riches was once drawn from tin and rubber, and it has a rich and colorful past. The island was on one of the key commerce routes between India and China, and it was regularly noted in the ship records of foreign merchants.

Tourism has recently become Phuket’s major income, transforming the island into Thailand’s richest province. Prices will be somewhat more than on the mainland.

The west coast of Phuket was heavily damaged by the December 2004 Indian Ocean tsunami, although nearly little sign of the destruction remains.

Phuket is a very popular tourist location. The majority of the beaches are located on the west coast, with Phuket Town to the southeast and the airport to the north.

Throughout the year, Phuket is hot and humid. The hot season is often seen as lasting from March until early May. During the summer monsoon season, which lasts from May to October, the mornings and afternoons are bright and clear, but it rains in the nights, reducing water clarity. Locals consider November through February to be the “cool” season, and the temperature is generally pleasant. Temperature and severity of rain storms are akin to Florida’s summer weather: 25-33 degrees Celsius, scudding clouds, and brief and thundering rainfalls in the afternoons and nights. Surfing may be done off the western beaches.

Phuket is Thailand’s largest island, located in the Andaman Sea in southern Thailand. The island is largely mountainous, with a mountain range running from north to south in the west. Phuket’s mountains comprise the southern end of the Phuket mountain range, which extends 440 kilometers (270 miles) from the Kra Isthmus.

Although some newer geographical publications refer to the Tenasserim Hills areas in the isthmus as the “Phuket Range,” these titles do not appear in classical geographic texts. Furthermore, the name Phuket is very new, having previously been known as Jung Ceylon and Thalang. Khao Mai Thao Sip Song (Twelve Canes) is the greatest height on the island, at 529 metres (1,736 ft) above sea level. However, barometric pressure measurements have shown that there is an even higher height (with no apparent name) of 542 meters above sea level in the Kamala hills beyond Kathu waterfall.

Its population was 249,446 in 2000 and 525,709 in the 2010 decennial census, representing the fastest yearly growth rate of any province in the country at 7.4 percent. Currently, 600,000 people live on Phuket, including migrants, overseas expats, Thais registered in other provinces, and natives. The registered population, on the other hand, comprises only Thais who are registered in a ‘tabien baan’ or home registration book, which the majority are not, and it stood at 360,905 at the end of 2012.

Mountains occupy seventy percent of Phuket’s land area, stretching from north to south. The remaining 30% is made up of plains in the island’s middle and eastern regions. It features a total of nine brooks and streams but no big rivers.

Sixty percent of the island is covered in forest, rubber, and palm oil plantations. There are various sandy beaches on the west coast. The beaches on the east coast are more often muddy. A famous viewpoint is Laem Promthep (“Brahma’s Cape”), which is located at the southernmost point. The Khao Phra Thaeo No-Hunting Area, located in the island’s hilly north, protects more than 20 km2 of rainforest. This reserve’s three tallest peaks are Khao Prathiu (384 metres (1,260 ft), Khao Bang Pae (388 metres (1,273 ft), and Khao Phara (422 metres) (1,385 ft). The Sirinat National Park on Thailand’s northwest coast was created in 1981 to preserve a 90-square-kilometer (35-square-mile) region (68-square-kilometer (42-square-mile) maritime area), including the Nai Yang Beach, where sea turtles lay their eggs.

Patong Beach on Phuket’s central west coast is the most popular (and busiest) tourist location, maybe due to its easy access to its vast and long beach. Patong is home to the majority of Phuket’s nightlife and shopping, and the region has grown in popularity. Patong translates to “banana leaf forest” in Thai. South of Patong, you’ll find Karon Beach, Kata Beach, Kata Noi Beach, and, towards the island’s southern edge, Nai Harn Beach and Rawai. Kamala Beach, Surin Beach, and Bang Tao Beach are located to the north of Patong. In general, these places are less developed than Patong. Bon Island lies to the southeast, while other coral islands are to the south. To the northwest are the Similan Islands, while to the southeast are the Phi Phi Islands, which are part of Krabi province.

From the 16th century to the 20th century, tin mining was a key source of money for the island. In contemporary times, Phuket’s economy has been built on two pillars: rubber tree farms (which have made Thailand the world’s largest producer of rubber) and tourism.

The sandy beaches on the island’s west coast have been developed as tourist attractions since the 1980s, with Patong, Karon, and Kata being the most popular. All destroyed structures and attractions have been repaired after the 2004 tsunami. Phuket is rapidly developing, with several new hotels, flats, and villas under development. By 2015, a total of 5,080 more hotel rooms are anticipated to be finished. Fortune Magazine named Phuket one of the top five retirement locations in the world in July 2005. Phuket is home to thousands of expats, many of whom are pensioners.

Post offices and parcel services are readily accessible if you need to send mail. A post office can be found on the junction of Phang Nga Rd and Montri Rd in Phuket Town. In Patong, one may be found on Soi Post Office, a side street off Thavee Wong Rd (near Molly Malone’s).

A free Thai SIM card is normally available at the baggage claim area at the airport. Search for a booth or a kiosk.

Phuket’s area code is 076. If you’re phoning from inside Thailand, use the 0 number.

Pay phones are rare in Thailand, since the majority of Thais own mobile phones. Phuket has excellent cell phone service, but on slower 2G/2.5G GSM networks. Pay-as-you-go SIM cards are available for a few hundred baht, and local call prices run from one to three baht per minute, depending on the package. You may also get a Thai SIM card online.

All carriers provide mobile Internet, with True Move giving 3G connection from a limited network of base stations on the east coast, including Patong, Kata, and Karon. All other networks provide EDGE and/or GPRS connectivity, so don’t expect your mobile device to provide rapid Internet connections. GPRS rates are usually enough for email and basic online browsing, however access to websites located outside Thailand might be sluggish.

Unlike in many Western nations, Thai networks charge for mobile Internet use based on time rather than capacity, with PAYG customers paying around 1 baht per minute. Most networks provide PAYG monthly unlimited GPRS offers for roughly 750 baht, and you can simply get a SIM and Internet package at one of the many phone stores located around Phuket.