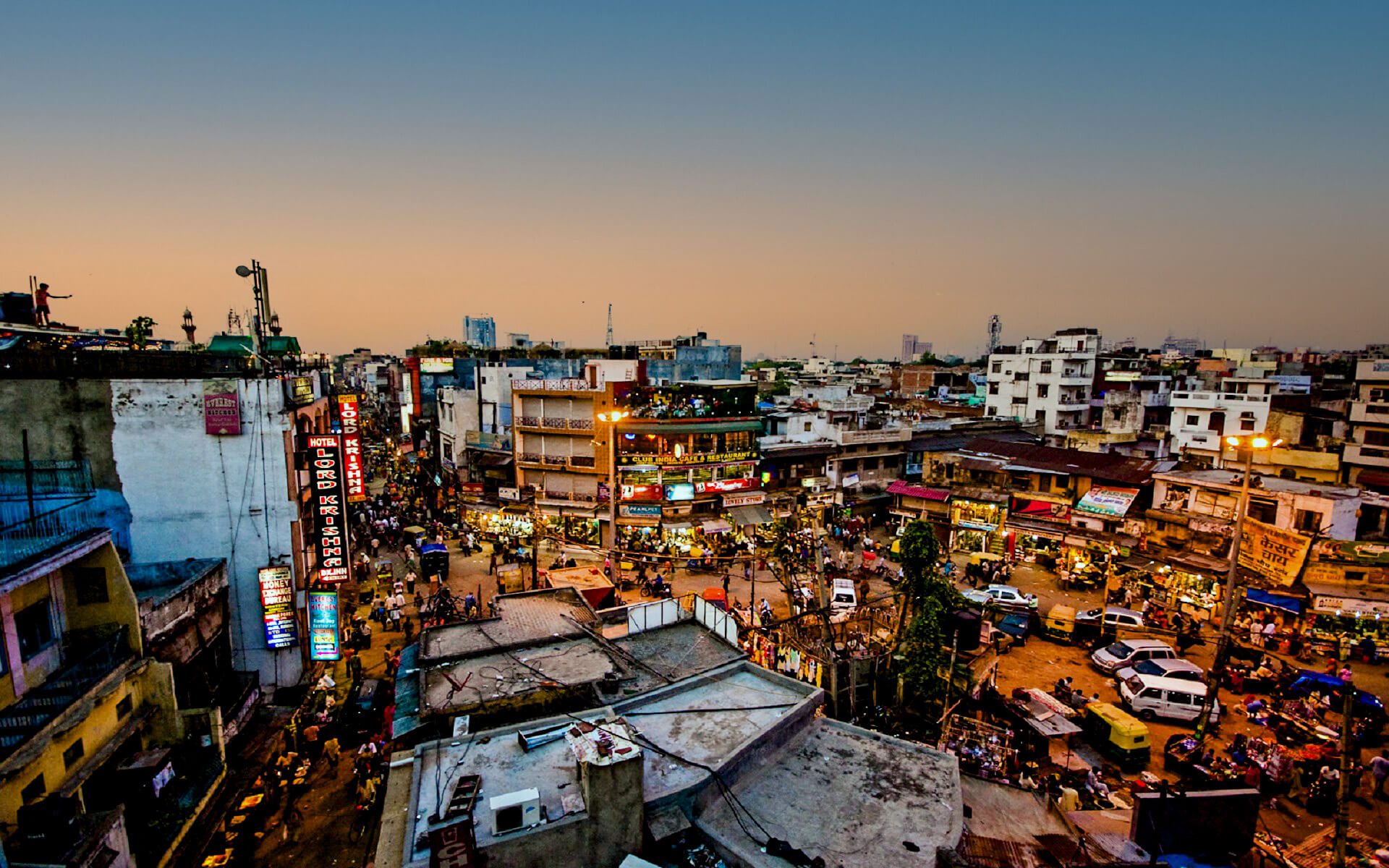 New Delhi is a municipality and district in Delhi that serves as India’s capital and the seat of government. It also acts as the seat of the Delhi government. During the 1911 Delhi Durbar, George V, Emperor of India, lay the city’s foundation stone.

Delhi is recognized as a microcosm of India and is a premier international metropolis with strengths in the arts, business, education, entertainment, fashion, finance, healthcare, media, professional services, research and development, tourism, and transportation.

Although the titles Delhi and New Delhi are used interchangeably to refer to the jurisdiction of the NCT of Delhi, these are two separate entities, with the latter being a minor fraction of the former.

The Red Fort (Lal Qila) is a UNESCO World Heritage Site and one of Delhi’s most popular tourist attractions. A magnificent red sandstone fort erected as the reigning palace of Mughal Emperor Shah Jahan (who also built Agra’s Taj Mahal). Ago the buildings were completed in 1648, the years have not been kind to them: the rooms have long since been stripped of all things, the marble inlays have long since vanished, and many of the structures are now off limits. Despite this, the size remains intimidating, and the grounds are maintained lush and green even in the dead of winter.

Humayun’s Tomb (in south Delhi, near Hazrat Nizamuddin station) is one of Delhi’s three UNESCO World Heritage Sites and is open everyday from dawn to sunset. The monument is surrounded by enormous, impeccably kept gardens in the Persian Char Bagh (four corners) style, which were completely refurbished in 2003 with the Aga Khan’s assistance and are therefore perhaps the finest in Delhi. The first important building on your right as you approach the compound is the bulbous, octagonal tomb of Iza Khan, a court lord who erected it in his own lifetime, some 20 years before Humayun’s tomb. Passing through the first gate, you will see the tomb’s dome and enter a flowery walk leading to the second (West) gate, which currently serves as the entrance to the massive central garden.

Qutub Minar (Qutub Minar station on the Metro Yellow Line, bus to DTC Lado Sarai Terminal) is open everyday from dawn to dusk in Mehrauli. This complex, which contains buildings from the Slave Dynasty (1206-1290), is a UNESCO World Heritage Site. The grounds are well-kept, making this a popular area for leisure and picnics. Most evenings after sunset, there is a light-and-sound performance. This is India’s second highest minar, after Minar-E-Fateh at Chhapar Chiri in Anandpur Sahib, which rises 100 meters tall. It was erected to commemorate the tremendous victory of Sikh troops headed by Baba Banda Singh Bahadur against mughal forces. The most notable edifice on the grounds, this 72.5 m minaret was the highest “skyscraper” in the world when it was completed (1193-1368) – it was built under Qutb-ud-din Aybak’s instructions. Qutub Minar is a UNESCO World Heritage Site that was once an old Islamic Monument engraved with Arabic inscriptions.

Purana Qila (Old Fort), Mathura Road, Purana Qila (Near Delhi Zoo). Purana Qila is Mughal Emperor Humayun’s fortified fortress. Significant improvements were made by Humayun himself to the structure, which is said to have been erected during the mythological Pandava dynasty. It was then transformed into an urban community before being designated as a monument.

There are various historic landmarks and museums in New Delhi. The National Museum, which started in the winter of 1947–48 with an exhibition of Indian art and relics at the Royal Academy in London, was subsequently presented in the Rashtrapati Bhawan in 1949. It was later decided to establish a permanent National Museum. The National Museum was initially launched on August 15, 1949, and it now has 200,000 pieces of art, both Indian and foreign in provenance, spanning over 5,000 years.

The Arc de Triomphe in Paris influenced the design of India Gate, which was completed in 1931. It is India’s national monument honouring the 90,000 Indian Army troops who died while fighting for the British Raj in World War I and the Third Anglo-Afghan War.

New Delhi has a monsoon-influenced humid subtropical climate with significant temperature and rainfall variance between summer and winter.

The area’s humid subtropical climate differs dramatically from that of many other cities in that it has lengthy and extremely hot summers, comparatively dry and mild winters, a monsoonal season, and dust storms.

Summers last from early April to late October, with the monsoon season happening in the midst of the season.

The average annual rainfall is 784 millimetres (30.9 in), with the majority falling during the monsoon season in July and August.

New Delhi is a minor section of the Delhi metropolitan region, with a total size of 42.7 km2 (16.5 sq mi). Because the city is situated on the Indo-Gangetic Plain, the elevation varies little throughout the city.

The Aravalli Range previously included New Delhi and its surrounding territories; all that remains of those mountains is the Delhi Ridge, popularly known as the Lungs of Delhi. While New Delhi is located on the Yamuna River’s floodplains, it is effectively a landlocked metropolis. Shahdara is an urban region located east of the river.

New Delhi is located in seismic zone IV, making it susceptible to earthquakes.

New Delhi is the most populous commercial center in northern India. Its net State Domestic Product (FY 2010) is predicted to be 1595 billion (US$23 billion) in nominal terms and 6800 billion (US$100 billion) in PPP terms.

Connaught Place, one of North India’s main business and financial centers, is situated on New Delhi’s northern outskirts. Adjacent districts, such as Barakhamba Road and ITO, are also important business hubs. The major employer in New Delhi was the government and quasi-government sector. The city’s service industry has grown in part because of the city’s huge skilled English-speaking workforce, which has attracted numerous global corporations. Information technology, telecommunications, hotels, finance, media, and tourism are all important service businesses.

According to the 2011 World Wealth Report, economic activity in New Delhi is placed 39th, while the capital is ranked 37th overall, ahead of places such as Jakarta and Johannesburg.

Among Asia-Pacific markets, New Delhi and Beijing tie for first place as the most targeted emerging markets retail destinations.

The city has strong mobile phone service. There are several service providers that provide a broad range of plans. Airtel, Vodafone, Reliance, and Tata Indicom are among them. It could be a good idea to obtain a mobile phone and utilize one of those prepaid plans to stay connected while in town.

In Delhi, phone numbers begin with 011, and are usually followed by eight digits. To call Delhi from outside India, dial the international prefix for your country, then India’s country code 91. When dialing a landline number from a mobile phone, add 011 before the number.