The island of Vaadhoo is lapped by neon fluorescent blue waves, so the beach looks like it is covered with stars.

Vaadhoo has only 550 inhabitants and its beach is sky blue. When it gets dark, the waves become fluorescent. 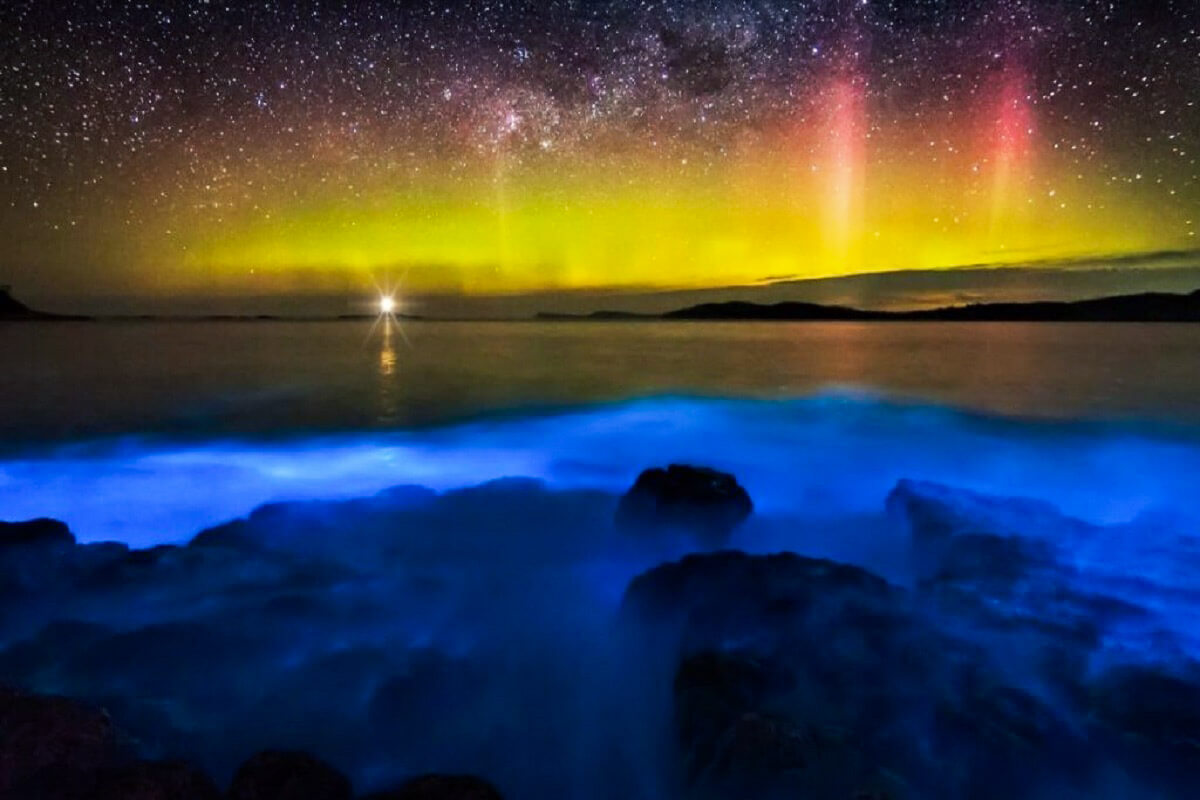 Dinoflagellates, a species of marine phytoplankton microorganism, release blue limunescence because it is their defense mechanism to deter predators.

When fish eat them, dinoflagellates continue to shine in them, which puts fish in danger from larger predators. 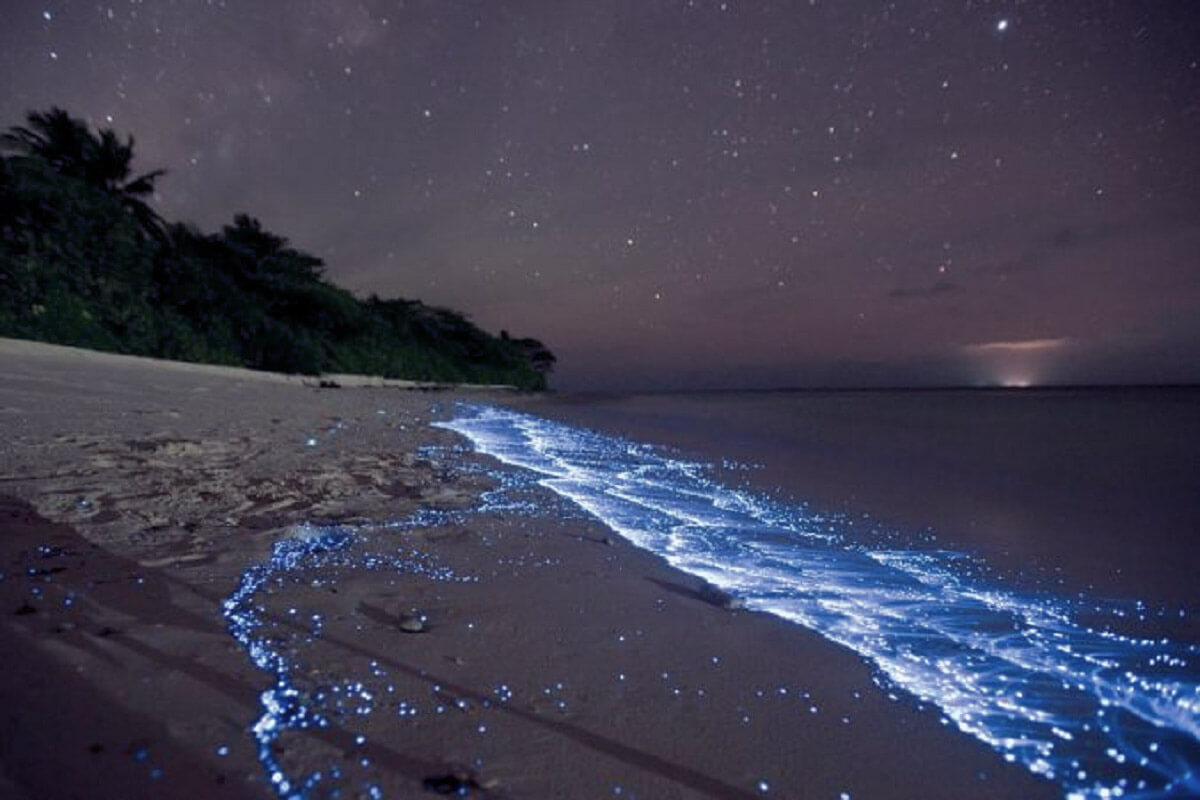 There is a scientific explanation for the fluorescent glow of waves, but it is a little more complicated.

Namely, as microorganisms float around, these movements in the water send electrical impulses around a compartment filled with proton. -luciferin.

When all this comes in contact with oxygen, a fluorescent neon blue light is created, which makes this beach covered with “star waves”. 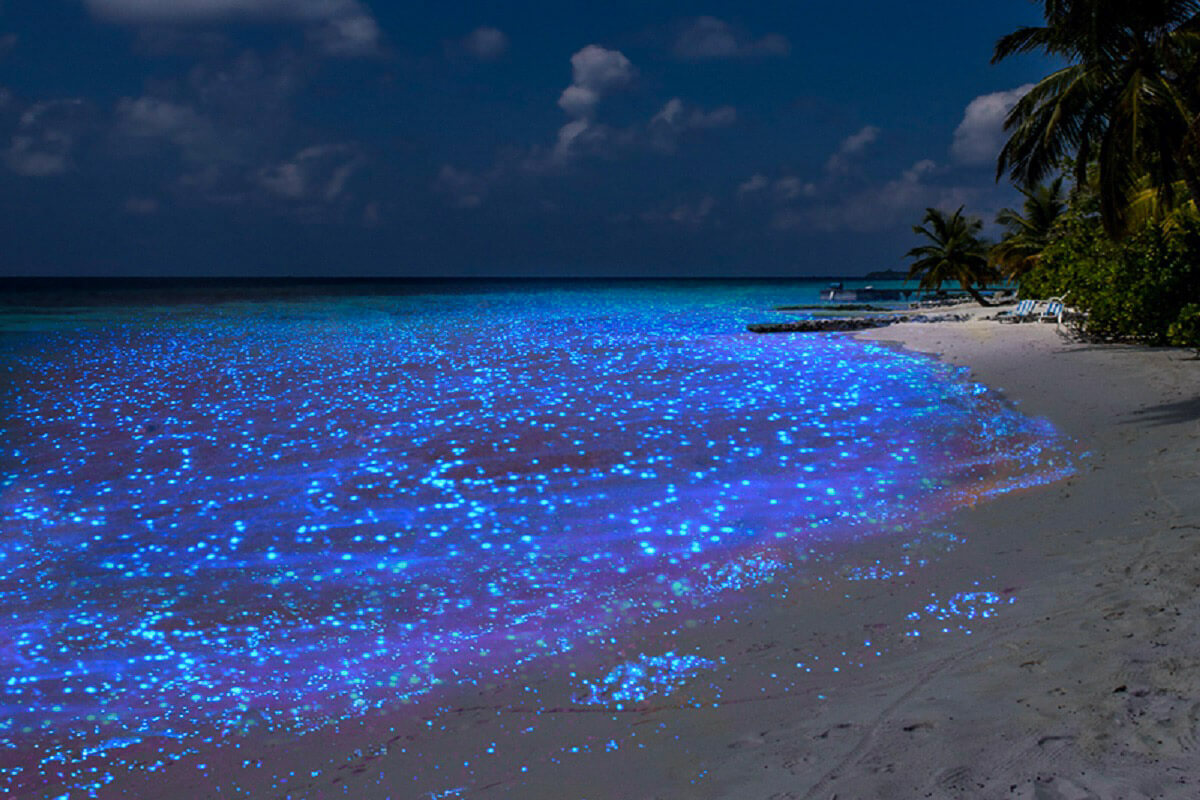