Mallorca is a paradise island with a wonderful coast and long idyllic beaches. The paradisiacal coast consists of beautiful white sand, which serves as a fine carpet. The idyllic beaches extend over 550 kilometers of azure blue sea with romantic bays, turquoise lagoons and hidden caves. The archipelago attracts more than ten million tourists every year. Here you can enjoy breathtaking sunsets, picturesque villages, a rich history and beautiful architecture. Young people can enjoy cocktails and relaxed chilaut music, and there is also a lot of entertainment at night.

For many Europeans, Mallorca is the realization of summer dreams, and for the locals, summer is the time when they have to share their island with tourists.

Mallorca has 800,000 inhabitants, and the Mallorcans are excellent hosts, so tourists have been visiting this paradise island, which is the jewel of the Mediterranean, for more than a century. 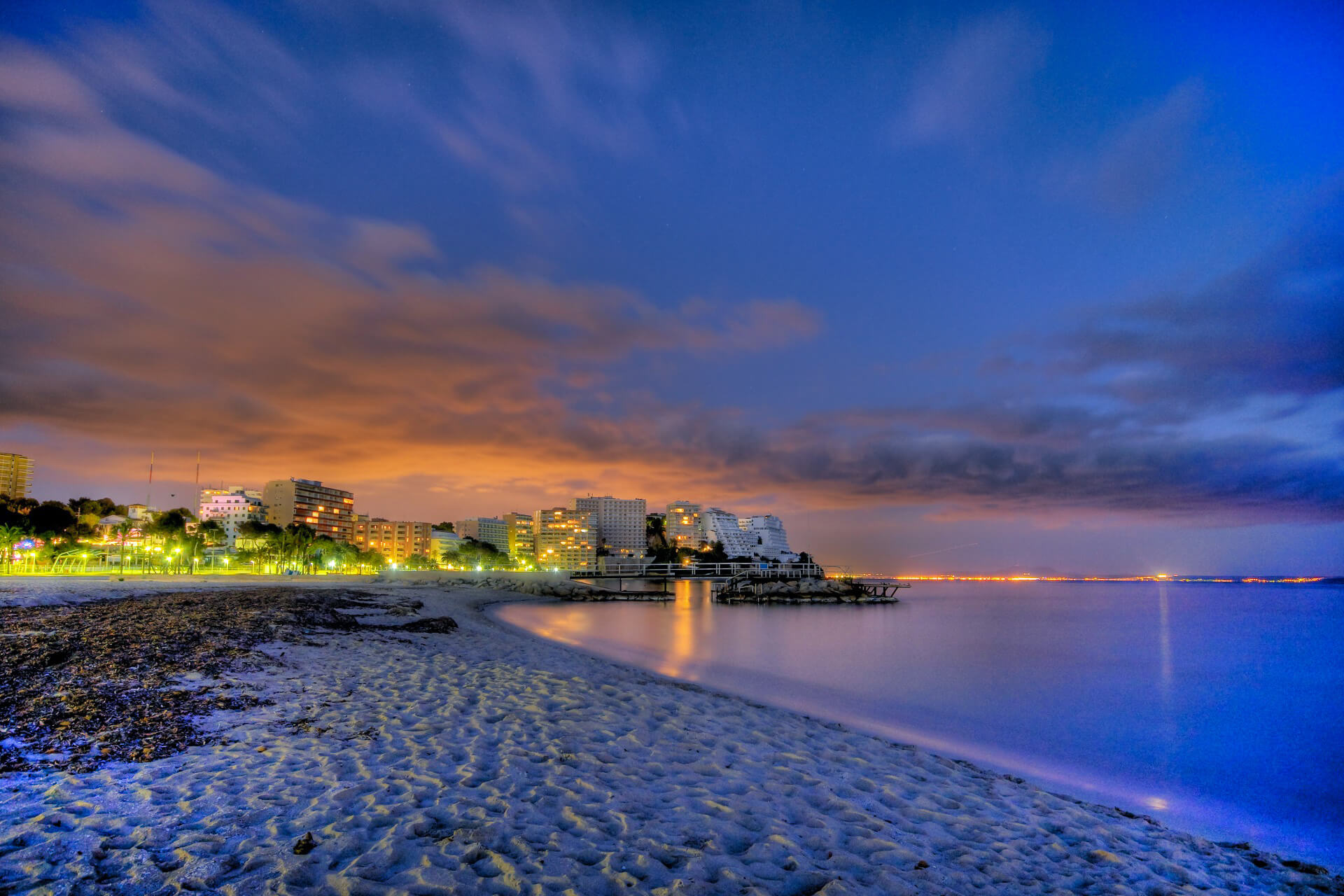 Mallorca has 41 marinas, and is located on the sea route of luxury yachts and sailboats from Monte Carlo to Marbella, so during the summer the sea shines with the whiteness of expensive luxury vessels.

Near Palma de Mallorca are the two largest marinas. One is Paseo de Maritim, whose coast is adorned with the best clubs and discos, and the other is Porto Pi, known for its large shopping center. Mallorca is a special, unimaginable paradise for shopaholics.

This island is illuminated by the sun 300 days a year. And here every tourist feels like a king. The beaches along the crystal clear sea are again each one unique with its own story. 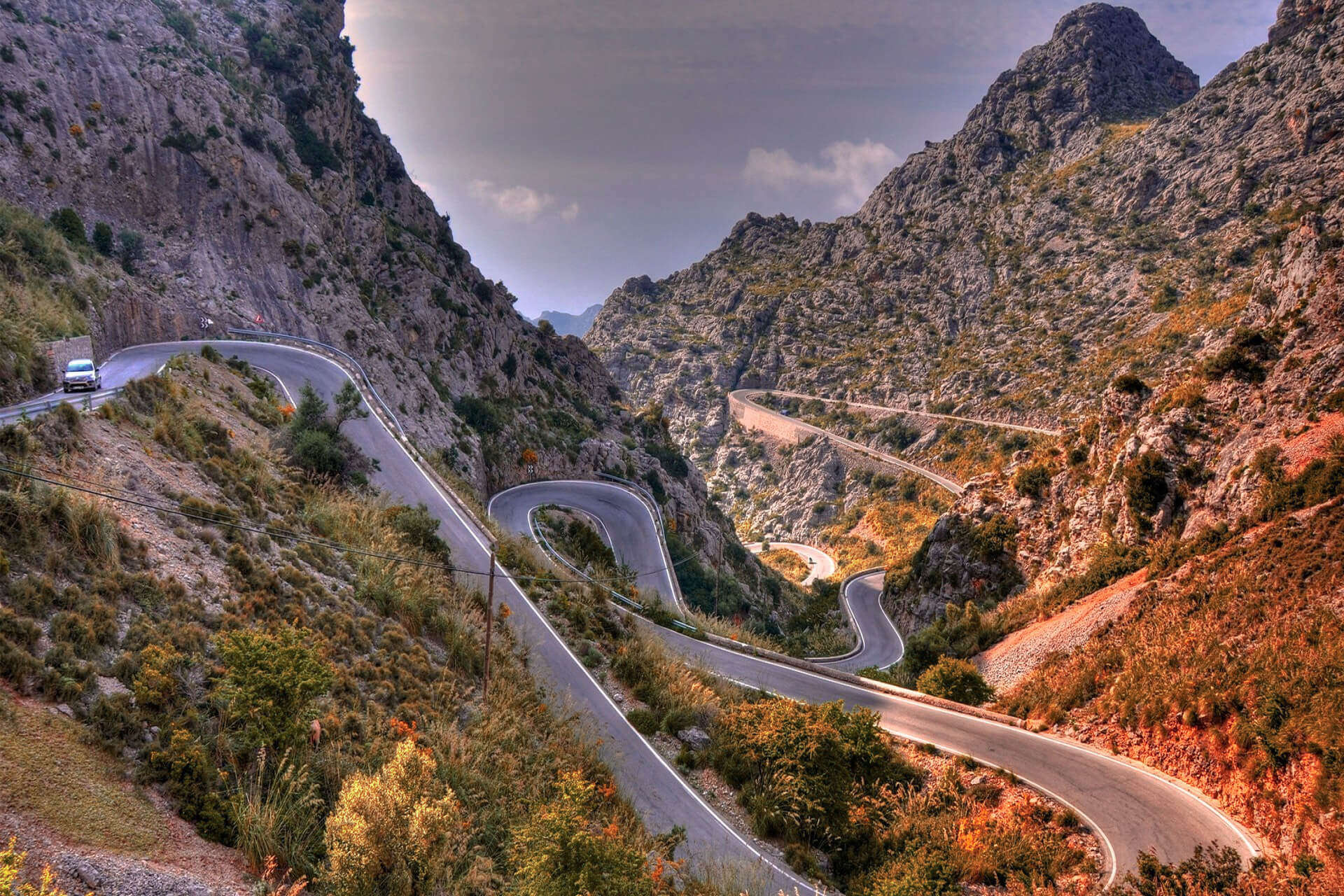 Mallorca offers over 80 beautiful beaches, so that everyone can find a place to his taste. Many beaches have an urban spirit and chill out music, deck chairs that entice with silence.

Mallorca is an island that shines during the day in the reflection of the sun that spills over the surface of the turquoise sea, and at night the whole island pulsates in the rhythm of music that does not stop until the early morning hours. For millions of hedonists from around the world, the fun here goes non-stop.

Magallufa and Palma Nova together make a great summer resort on the best island beach. Here, tourists from Germany and England have been rooted since the seventies of the last century. True hedonists, on the other hand, avoid places of mass tourism and prefer to choose magically beautiful, small places and lonely beaches. 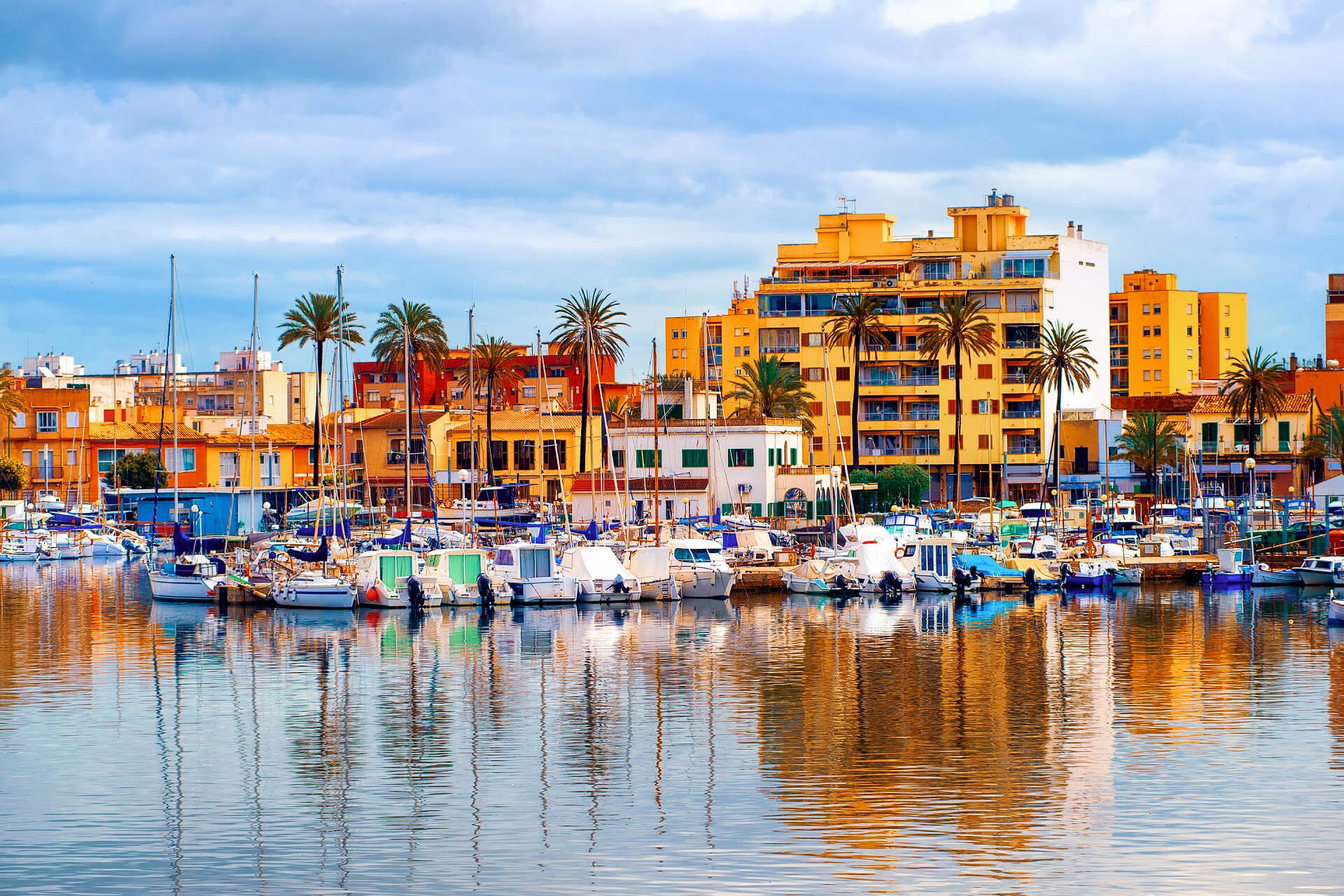 The small idyllic village Valdemosa, is located 20 kilometers from Magaluf. In its center is the Carthusian monastery from the 14th century. Famous lovers, the composer Frederic Chopin and the writer Georges Sand spent the winter of 1838 here.

Alcudia is an ancient city and a popular Roman summer resort. Bullfights are held in its amphitheater, and tourists come here to watch the fights of dangerous bulls, but also fearless bullfighters.

Mallorca has a turbulent history, with Phoenicians, Carthaginians, Romans, Byzantines and pirates. From 1229 the island became the kingdom of the Catalan nobles and the Chaim of Aragon, whose monuments can be seen on this magical island. 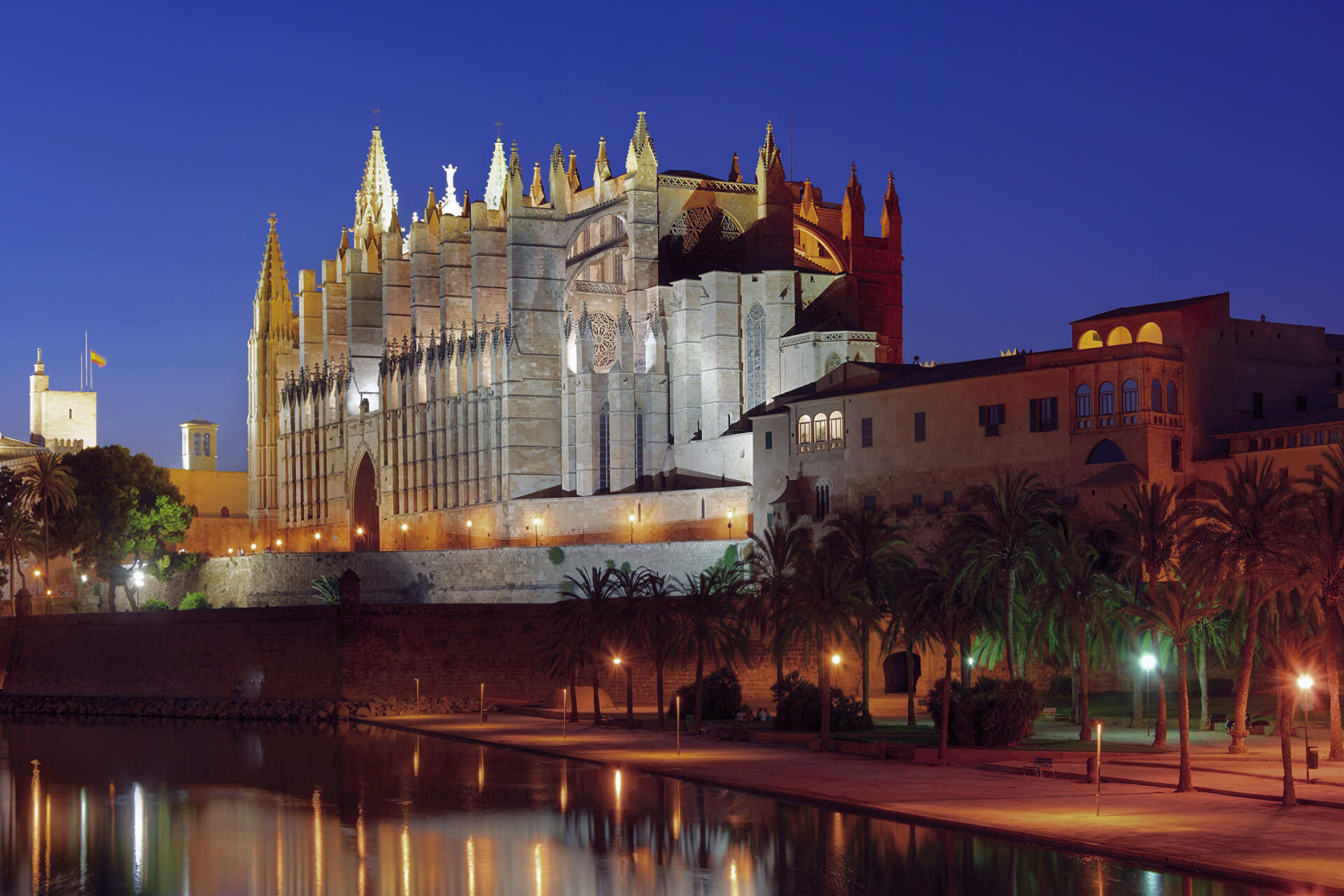 During the Moorish period, an old town was created with large, narrow, intertwined streets, where everything is compact and intersects, making it resemble a labyrinth. There are richly decorated buildings and small squares with greenery, ideal for a coffee break. Luxurious villas with flowery courtyards are hidden behind high fences. In the part of the old town there is a gothic cathedral and an old windmill.

In Palma de Mallorca there are 2,500 restaurants where visitors can enjoy fresh seafood and other Spanish specialties.

Palma de Mallorca is stylish and glamorous. Expensive boutiques are located in beautiful old buildings. Pearls made in a factory in the east of the island are one of the most sought-after souvenirs. 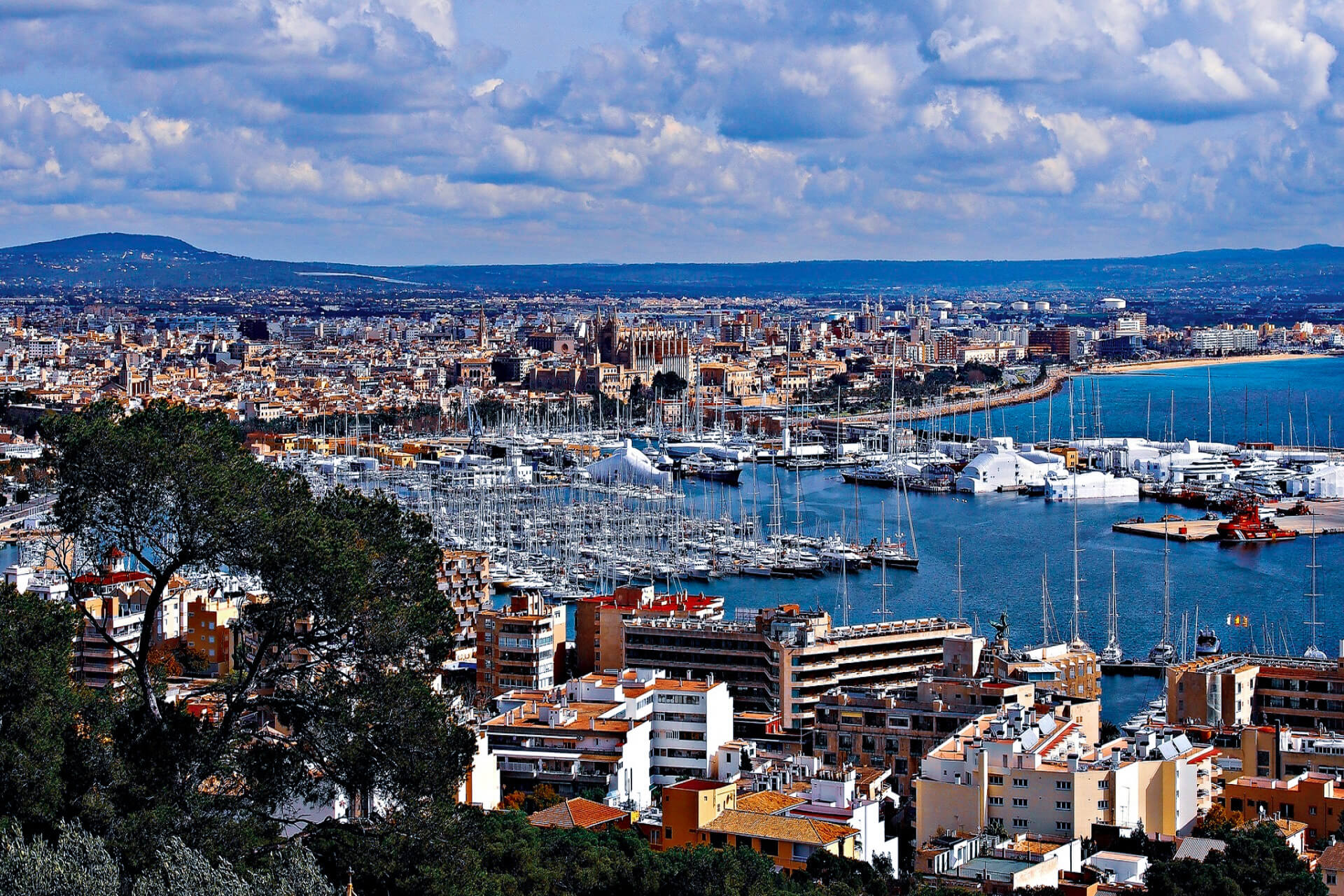 Palma de Mallorca is elegant and glamorous, with a beautiful pedestrian area, lush trees and surrounded by flowers, Avenida Avenida Borne or Paseo de Born, where the city orchestra plays twice a week at noon. This is a real attraction for tourists. A network of old streets spreads out from the Plaza de España. The main square is the center of all events.

In addition to the abundance of natural beauty that Mallorca has, there is everything else that tourists want. There are a large number of museums, galleries and historical monuments. There is also Porto Cristo and the cave of Drak, where concerts are held during the season. In the north of the island is the beautiful place Soler, which has a beautiful beach which can be reached by an interesting tram, “transvia de Soler”, and the entire road passes through the national park.

If you want, you can rent a bike and join the thousands of cyclists who cruise the island every year. Mallorca is also a great place for hiking because there are 400 kilometers of hiking trails. 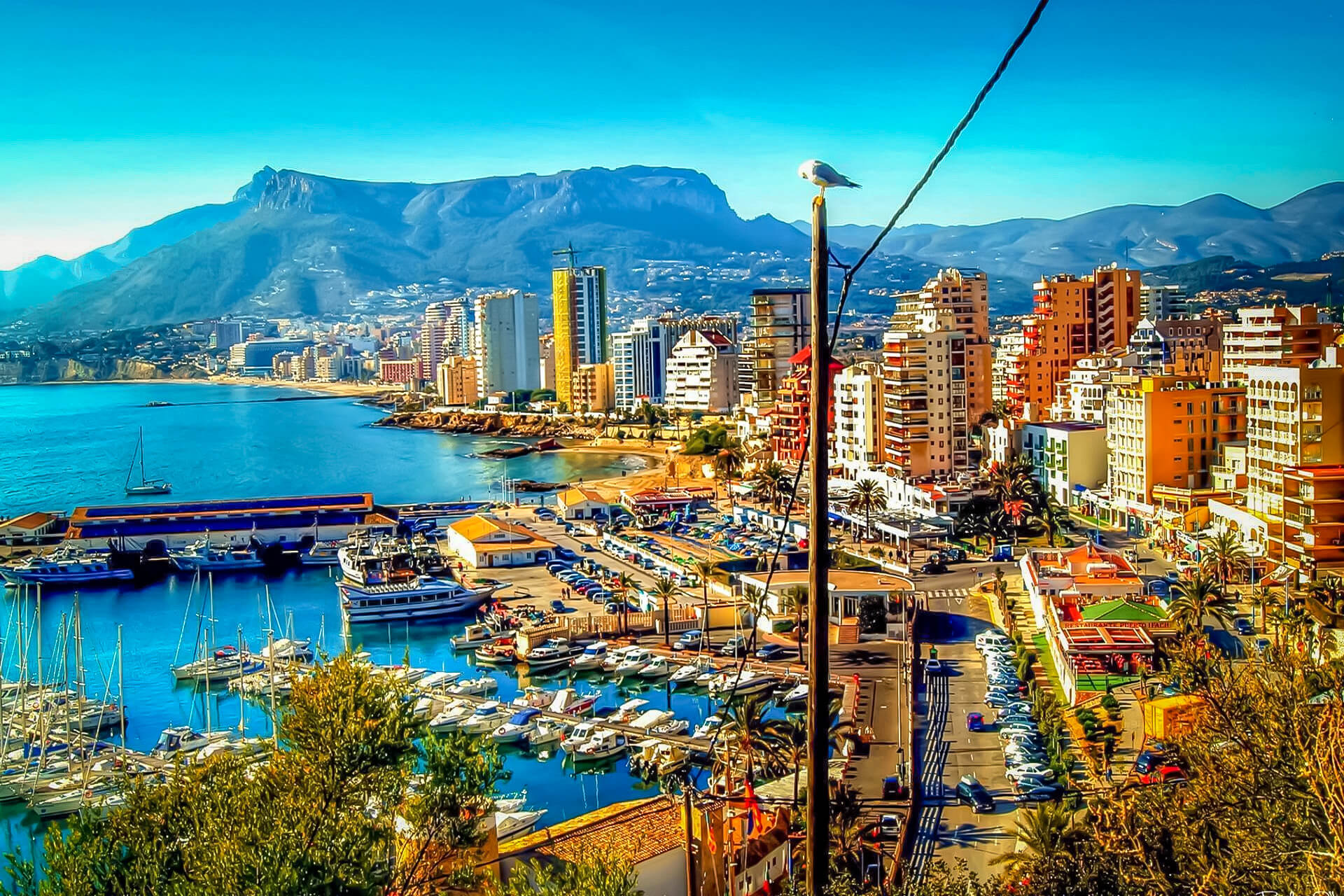 The widely known Ibiza is also called the white island because of the white square houses, which inspired Cubist artists, but also white tourists who do not have time to sunbathe because they sleep during the day because of the nightlife.

Ibiza is a favorite destination for young people who come here from all over the world because of the famous, endless parties, but it is also a perfect place for trips and crazy fun, during the day for the elderly and at night for the younger ones.

The procession in Ibiza begins with the sunset in the famous “Cafe del Mar” and continues in preclabing places, then in the discos I and ends with a foam party around 10 am.

Previous article
In this country, you can end up in jail for a burger
Next article
The Most Beautiful Memories From Traveling Through Europe
Most Popular
Popular destinations

Cloud 9, Fiji: Probably the best restaurant in the world