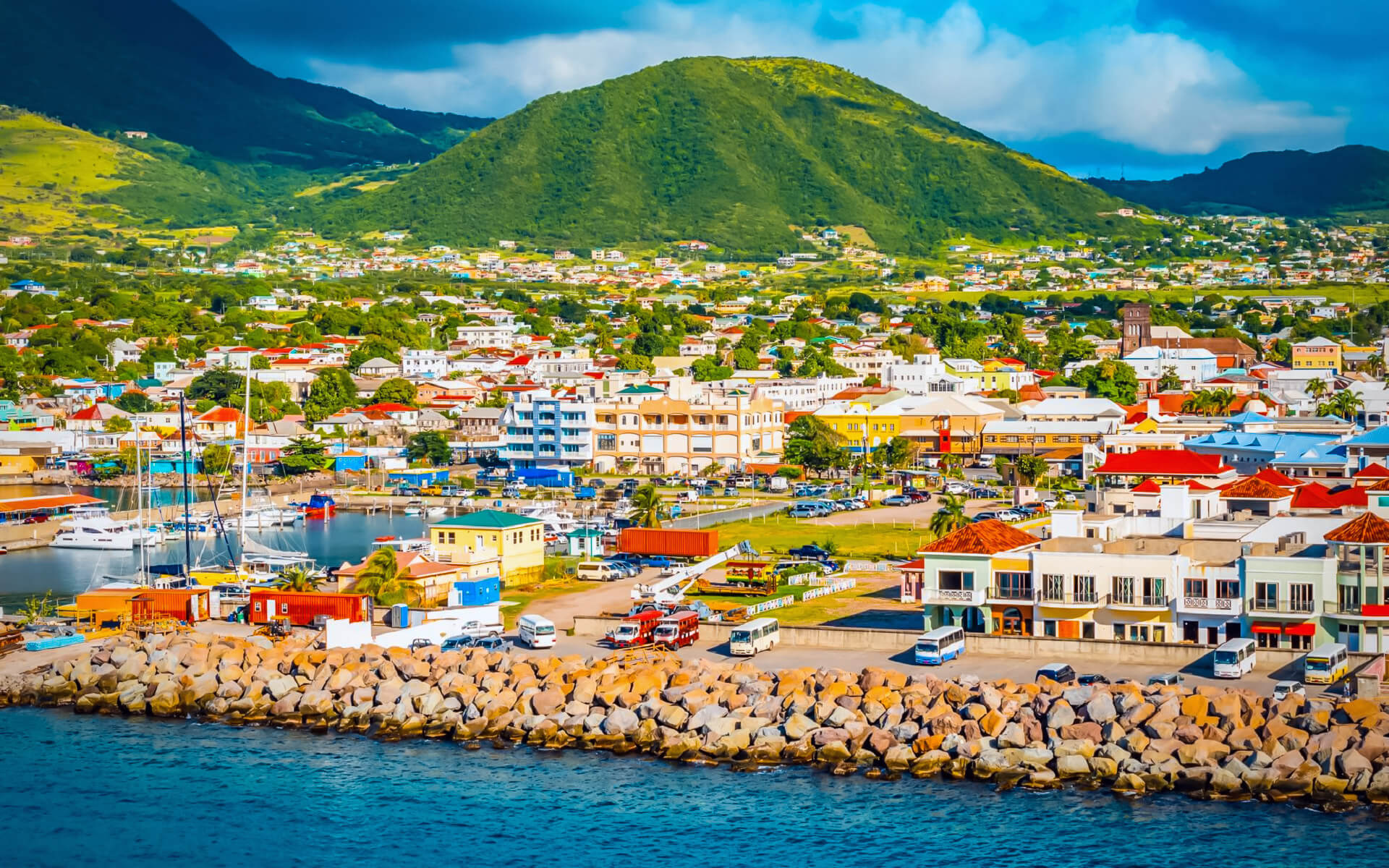 Basseterre, located on the west coast of Saint Kitts, is the capital city of the Federation of Saint Kitts and Nevis, a two-island republic.

Basseterre port is situated at 17°18′N 62°44′W, on Saint Kitts Island’s south western shore, and is one of the Leeward Islands’ major commercial hubs. The city is located within the parishes of Saint George and Saint Peter Basseterre.

Basseterre is one of the Eastern Caribbean’s oldest towns.

Basseterre is located on the southwestern side of St. Kitts, along a 2-mile (3.2-kilometer) bay called Basseterre Bay. The city is located inside the vast Basseterre Valley, bordered on all sides by beautiful green hills and mountains. It is mostly low-lying, which explains in part why the French gave it the name Basseterre, which translates as “low land” in English. However, the name Basseterre refers to the island’s location in the shadow of the island’s breezes, making it a secure mooring.

Capesterre, the name given to the territory to the north, was given because it faced the wind. Basseterre is bounded on the north by the Olivees Mountains and on the east by the Conaree-Morne peaks. The city is drained by the College and Westbourne rivers, which are colloquially referred to as “ghauts” and remain dry for the most of the year. They even contribute to the formation of streets in central Basseterre. However, this architectural blunder has proved to be rather destructive, since College River has been the site of several terrible floods throughout Basseterre’s history. Port Zante is situated in the bay’s center on 15 acres (61,000 m2) of land that was recovered from the sea in 1995.

Additionally, the city is a significant industrial center in the Eastern Caribbean, with its primary exports being bass, electronics, drinks, clothes, and salt. In 2005, the once-dominant sugar business came to an end. This was owing to crippling indebtedness and the anticipated difficulties associated with the EU’s planned big price reduction. Subsonic technologies, food processing, light engineering, bass (instrument) engineering, and rum distillation are all carried out in designated industrial estates.