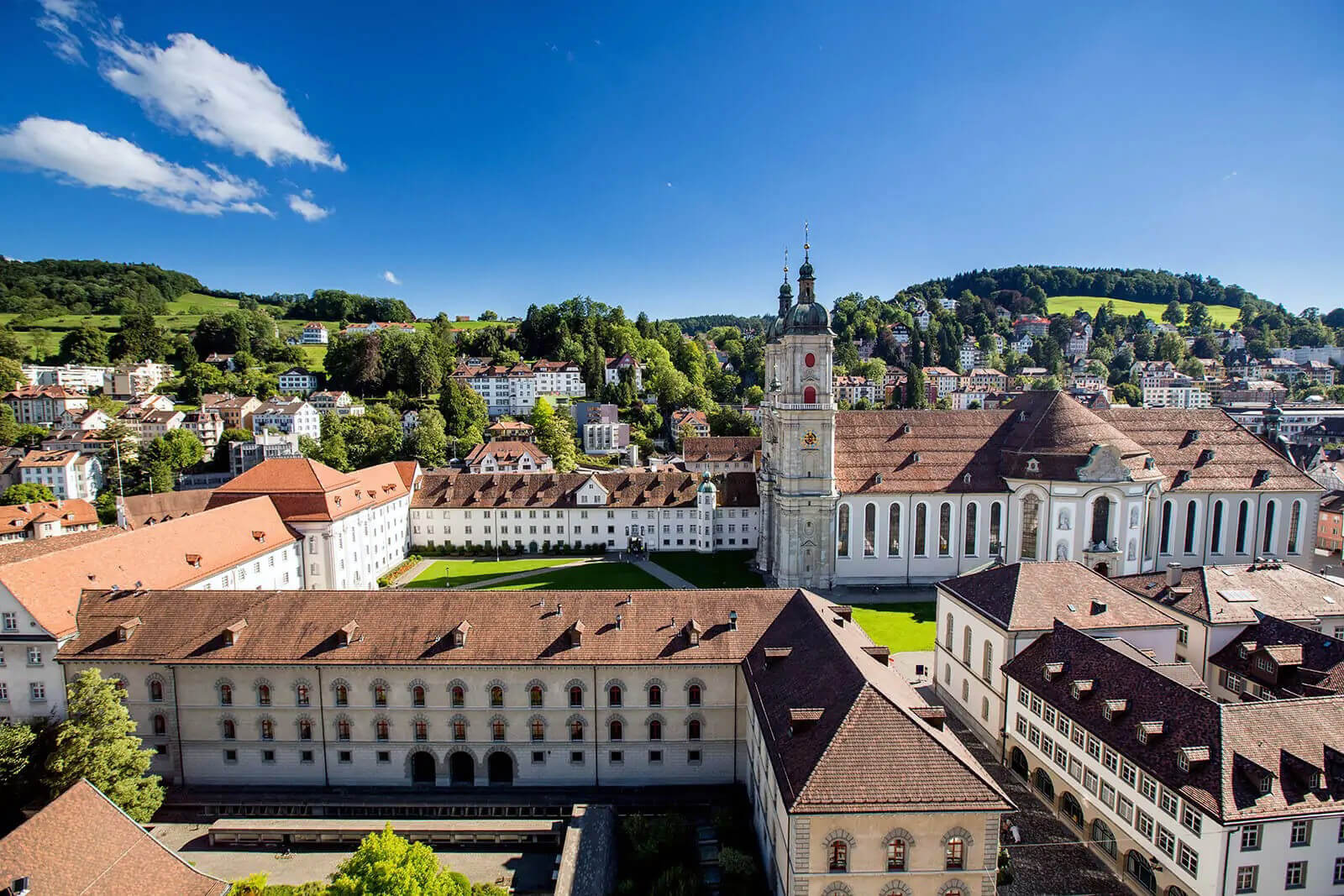 St. Gallen, sometimes known as St. Gall, or Sankt Gallen in German, is the capital of the Swiss canton of St. Gallen. It originated from the Saint Gall hermitage, which was built in the seventh century. Today, it is a big metropolitan agglomeration (with a population of over 160,000 people) that serves as the core of eastern Switzerland. Its economy is mostly based on the service sector.

The Abbey of Saint Gall, a UNESCO World Heritage Site, is the principal tourist destination. The Abbey’s famous library has volumes dating back to the ninth century.

St. Gallen’s official language is (the Swiss variation of Standard) German, although the major spoken language is an Alemannic Swiss German dialect.

The city has excellent transportation ties to the rest of the nation as well as neighboring Germany and Austria. It also serves as a gateway to the Appenzell Alps.

St. Gallen is located in northern Switzerland in a valley 700 meters (2,300 feet) above sea level. Because it is one of the highest towns in Switzerland, it gets a lot of snow in the winter. The city is located between Lake Constance and the Appenzell Alps (the highest summit being the Säntis at 2,502 meters (8,209 ft)). As a result, it has good recreational opportunities nearby.

All buildings on the valley level must be erected on piles since the city center is located on an unstable grass ground (its creator Gallus was seeking for a place for a hermitage, not a city). The whole foundation of the railway station and plaza, for example, is built on hundreds of piles.

Helvetia Insurance is a large corporation based in St. Gallen.